Whether through formal semiotics or a more conceptual approach, Mario Schifano’s artworks tell the story of a particular generation. This exhibition at Luxembourg & Dayan, organized in part with Giorgio Marconi, the artist’s gallerist during the late 1960s, reintroduces Schifano’s paintings to a New York audience. Schifano first exhibited in New York in 1962 at the Sidney Janis Gallery alongside works by Andy Warhol, Roy Lichtenstein, Claus Oldenburg and others. Stylistically the paintings were in dialogue with the Pop Art movement, but a vantage point from across the Atlantic made their engagement unique. Schifano took notice of the world around him, but he also rejected that world.

His paintings were timestamps of the infiltration of Westernized pop culture into Italy, but also a direct response to the political climate and a foreshadowing of the Transavanguardia movement of the 1970s and 1980s. Beyond the American aesthetic and structure of Pop Art, Schifano made work that was visually less direct. In Particolare di esterno [Detail of exterior] (1962), much of the surface remains the natural brown of standard butcher paper with a painted abstract shape in white and the number “5”cropped before it is complete. Made in a gritty white enamel and outlined in gray, it’s similar to a Lichtenstein speech bubble. It also alludes to a number “5”painting by Jasper Johns, while the gestural application brings to mind contemporary work by Joyce Pensato.

Schifano didn’t strive for perfection or glossiness but rather told his own truth, which sometimes emerged through what could be considered an anti-art position. As evident in the exhibition, his style and approach changed to fit his motivations, and some of the best and most surprising works were made using enamel, spray paint and Perspex. Two in particular, titled Tutte stelle + particolare dell’oasi [All stars & particular oasis] and Tuttestelle [Allstars] (both 1967) reflect the artist’s interests but also his desire to deconstruct the purported idealism considered commercially acceptable. His shapes were messy and incomplete, with an element of darkness just below the surface. Forms that could be misconstrued as simplistic offer esoteric clues directly relating to a post-fascist Italy. Although made nearly fifty years ago, these works foster an illusion, a fabrication of sorts—that the 1960s are not in such a distant past. 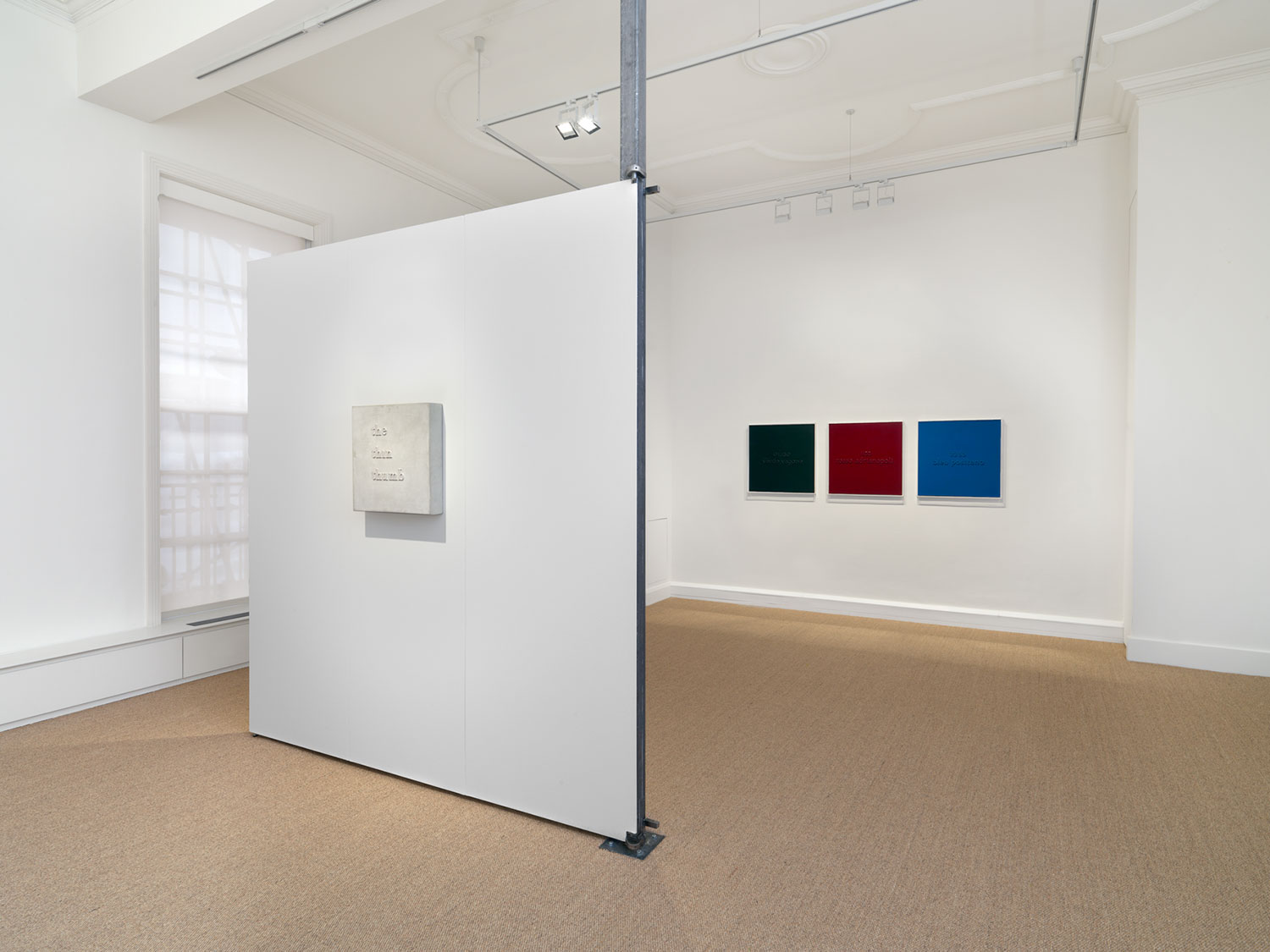 Commercial benefits notwithstanding, it takes some nerve to organize an Alighiero Boetti gallery exhibition these days. Universally celebrated if overexposed…