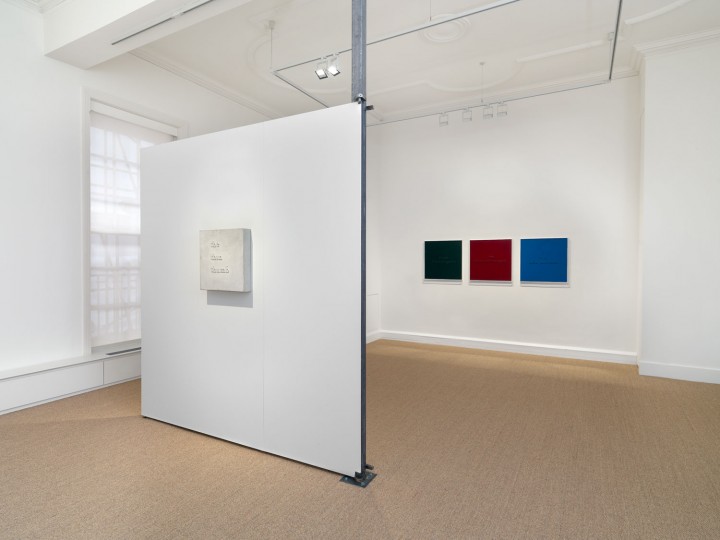 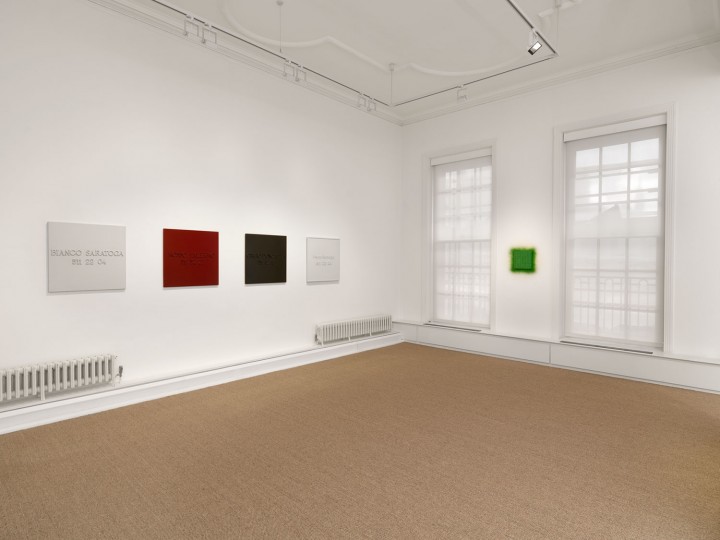 Commercial benefits notwithstanding, it takes some nerve to organize an Alighiero Boetti gallery exhibition these days. Universally celebrated if overexposed by a large number of posthumous accolades, including a robust Tate Modern retrospective in 2012, Boetti is one of those artists whose outstanding body of work is limited not only by quantity but also by repetition. In light of these considerations, what can a small-scale, generically titled show like “I Colori” possibly add?

Quite surprisingly, the exhibition at Luxembourg & Dayan manages to indicate the existence of a few threads in Boetti’s oeuvre that deserve further examination even if not entirely unexplored. The starting point is a diptych of red monochromes made in 1967, Rosso Gilera and Rosso Guzzi. For those not familiar with motorbikes, the debate around the Gilera vs. Guzzi brands in Italy in the 1960s was the equivalent of the Beatles vs. the Stones. Spray-painted on sheer metal using the same varnishes and materials adopted by the two manufacturers, the paintings are early examples of some of the themes dear to the artist, like similarity, specularity, mass production, exoticism and wordplay. Having established the evocative power of color in conjunction with language, Boetti would go on to create works along the same lines about nature (Rosso Corallo, 1967), cities (Rosso Adrianopoli and Blu Positano, 1967) and racetracks (Grigio Doncaster and Bianco Saratoga, 1968).

Another monochrome, The Thin Thumb, one of Boetti’s rare excursions into the English language, was originally exhibited at his inaugural show at Galleria Christian Stein in 1967. Part of a larger series based on phrasebooks his wife, essayist Anne-Marie Sauzeau, would use to teach English in Paris, the work here assumes the double function of a tribute to Eugéne Ionesco’s La Cantatrice Chauve as well as to a woman who played a significant role in Boetti’s salad days and who regrettably passed away last September. 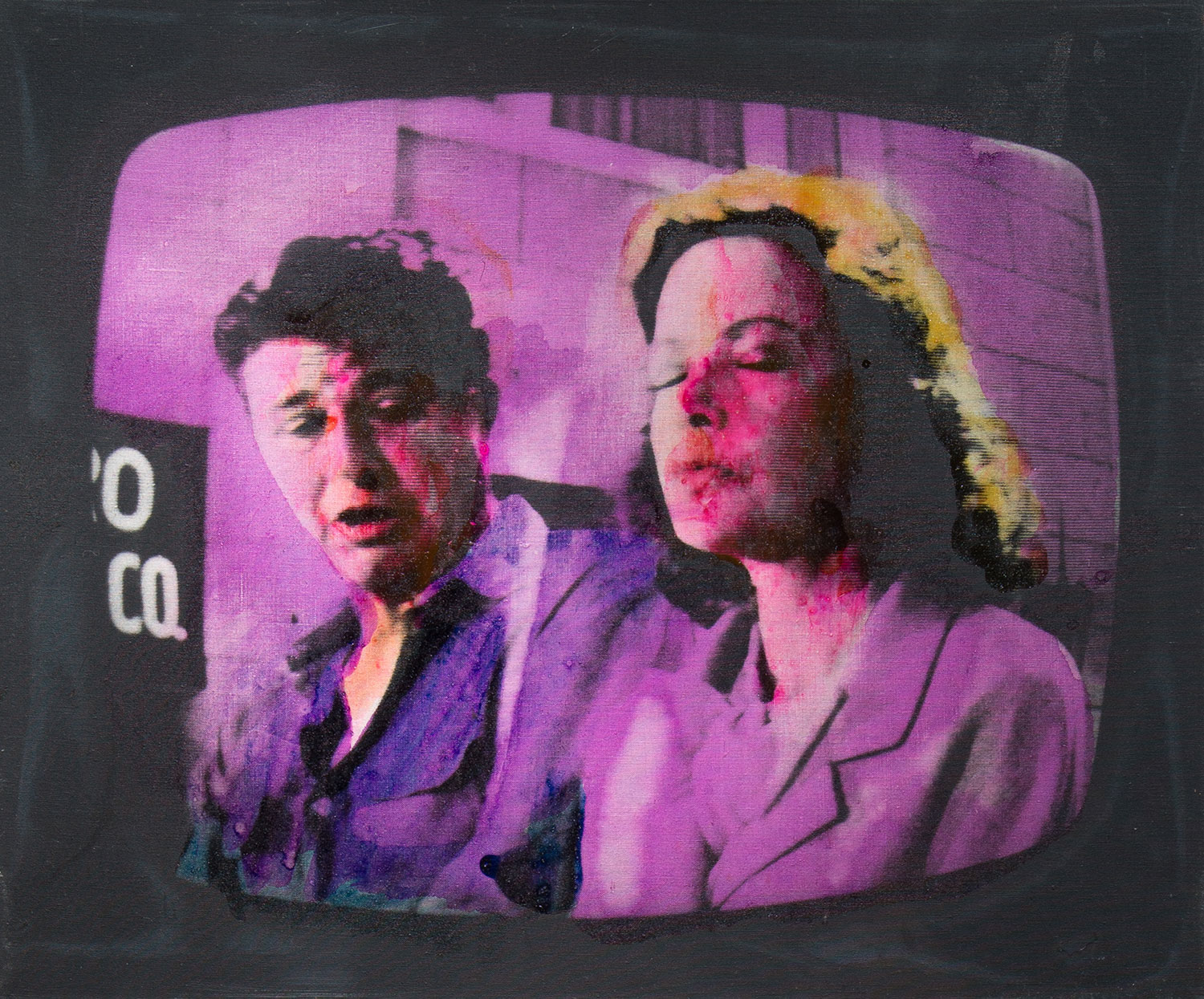 Whether through formal semiotics or a more conceptual approach, Mario Schifano’s artworks tell the story of a particular generation.