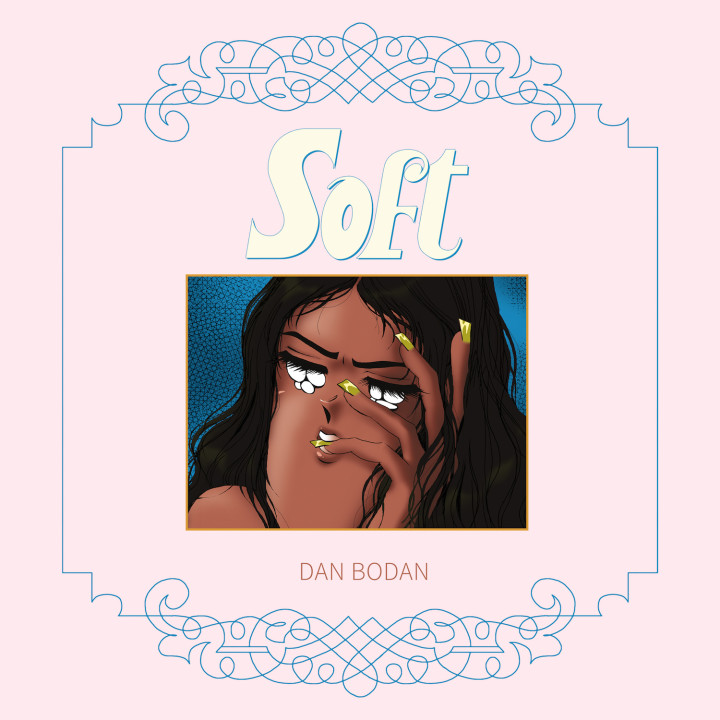 It’s difficult to place Dan Bodan. The pseudonymous artist presents a sound that could easily be dismissed as part of the growing trend of what he himself calls “white boy R&B” — with the likes of How To Dress Well or Kindness — but there’s a deeper, darker force at work in Soft, his latest release with DFA Records.It’s a slightly “off” aesthetic accompanying songs of modern alienation and object fetish; a screen that conceals the ominous subtext of popular culture — from the Hunger Games franchise and dating apps to HD TV and social media.

In “For Heaven’s Sake (Let’s Fall in Love) <3,” a field recording of some kind of mob violence plays out under an oppressively glib lounge sound while a Scott Walker-ish vocal oddness whispers its title. A brilliant bum note intermittently glitches the sexy mood, while the aforementioned sample altercation resurfaces at intervals. The charming organ sways and then stutters. These are the cracks in the silky sonic fabric of the whole album as “For Heaven’s Sake” itself falls apart: a song in parallel to a world that appears to be doing the same.

It should be noted that the cover of Soft is by French-Canadian visual artist Julien Ceccaldi. It features a formless woman’s face in manga style with white orbs for eyes and a cone-shaped chin being presented in the decidedly analogue form of graphic art. Yet, it’s an aesthetic that is unmistakably “post-internet,” a contentious title for a creative movement by a generation of artists — loosely lumped into a roughly twenty-to-thirty-something age bracket — and versed in the online but still conscious of a time when there wasn’t one. Bodan, too, is one of these people, and as an announcement chime tone and pixel stream flows out into the soul of the hardware of “Reload,” it’s easy to hear the common bond between himself and the range of contributors to Soft, including M.E.S.H., 18+, Dena Yago and album co-producer Physical Therapy.

Still, there’s no singular identifiable element that draws Bodan, or any of these artists, together. Except that when he mutters “I look through files of you / and feel ashamed” in the soup of flat, malfunctioning clicks and clatter of “Jaws of Life,” one gets the sense that you could find “it” somewhere around there. It’s a kind of self-aware and slightly sad sound that has an appreciation for pop and encourages romance, if only for the moment.