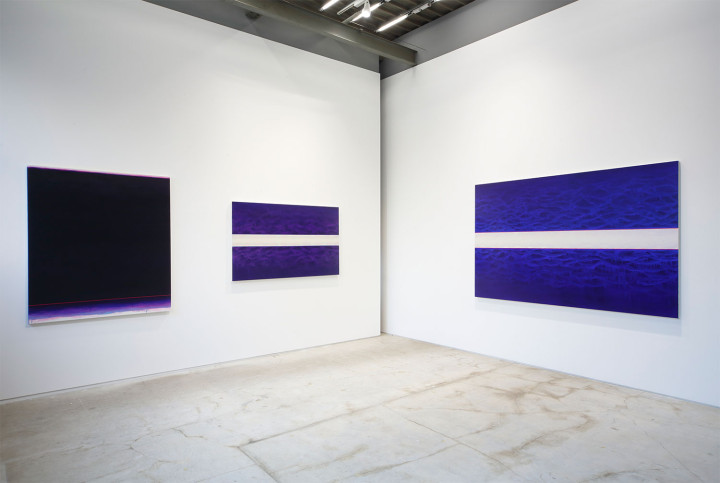 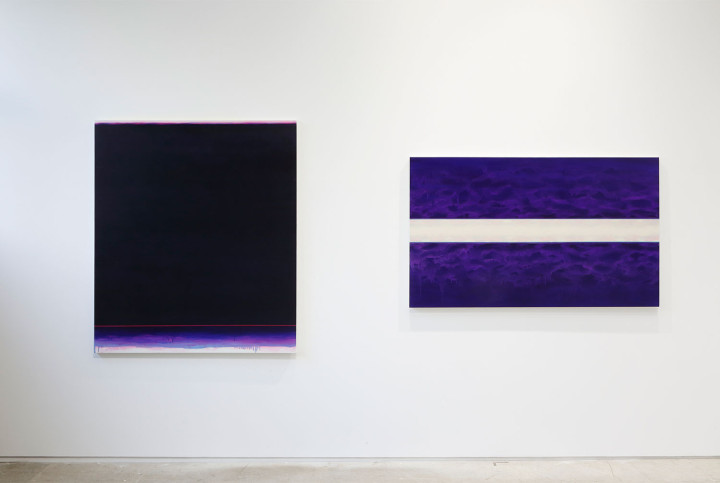 Despite the predominance of photography and video on the global art scene, the art of painting does not fall into disuse. It must be not only because painting is deeply rooted in our aesthetic heritage, but also because the nuanced, non-digitized physicality of paint continues to attract our gaze. The works of Shingo Francis support this theory.

Two approaches stand out in Francis’s painting: devotion to color and light, perceivable in the deliberate and translucent washes of cobalt blue to violet; and adherence to compositions with stoic horizontal lines. The largest work on exhibit, Space (violet-orange) (2014), in oil and acrylic on linen, is succinctly analyzed by its own title. It’s a dark cobalt-blue field divided horizontally by a whitish band. Thin lines of violet edge the band on the upper and lower sides, while a closer inspection reveals a complexity of colors, including orange, on the layer beneath the band. The blue “space,” with its undulating brushstrokes, lavish drips and dramatic shading, is reminiscent of a rough sea at night. Space (violet-turquoise) (2014) replaces the aforesaid work’s cobalt blue with violet and the violet lines with turquoise ones. With obscure clouds of brushstrokes across the violet field, it gives an image of lightning gleaming through darkness. Meanwhile, Veil (red) (2014) is a solid dark-violet color field cut horizontally by a sharp red line near the bottom, where the violet fades into a thin margin of white, as it does on the top, too.

It’s undeniable that for the characteristics of Francis’ painting — expressionistic and organic strokes and drips, an inclination toward blue and white voids — the viewer can’t help being reminded of the painter’s paternal blood, of the very characteristics of the oeuvre of Sam Francis. “Vast and Vivid,” the exhibition’s title, suggests both the immense dimensions for painting to explore in the future and the vigorous legacy of  generations past.

Suppose the art of the Gutai group corresponded to Informel or Abstract Expressionism; works by the Mono-ha school of artists… 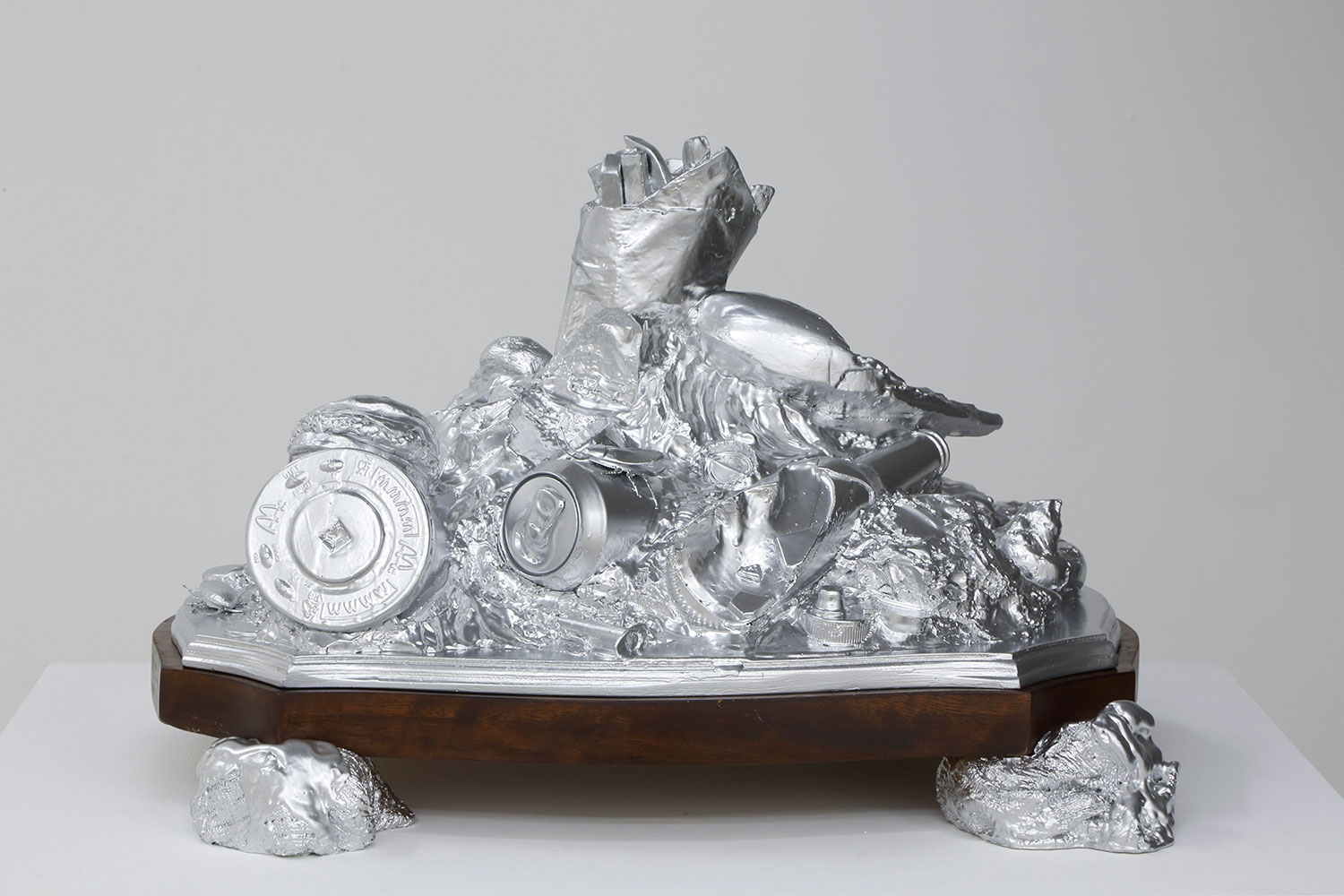 Traditional art from Asia and Africa served as a nutrient for the growth of traditional Western aesthetics into modernism. And…