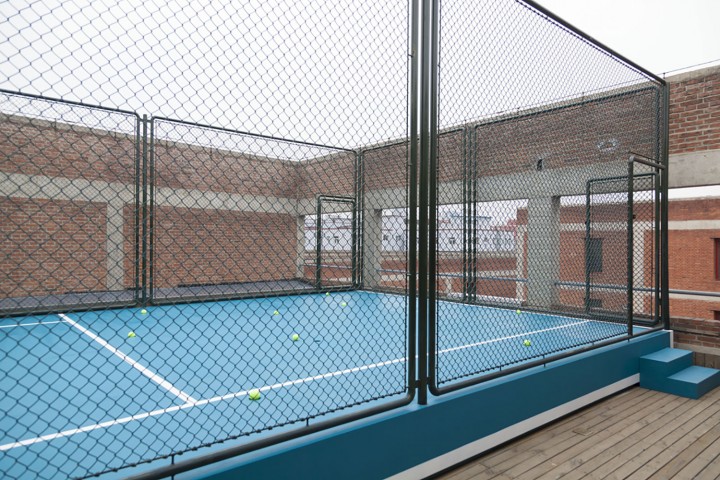 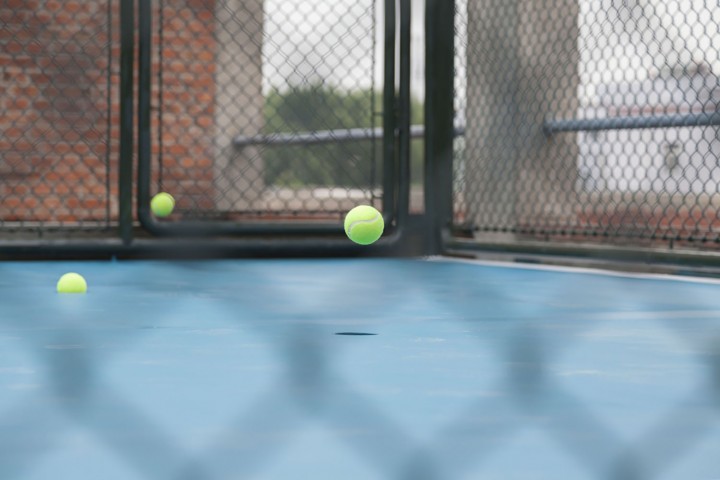 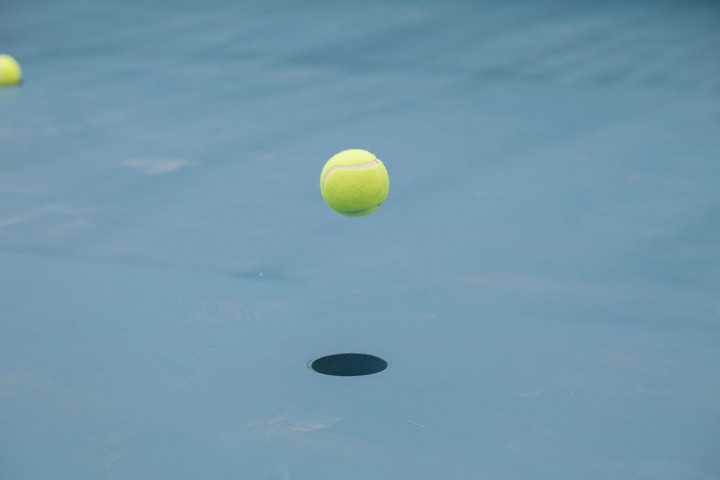 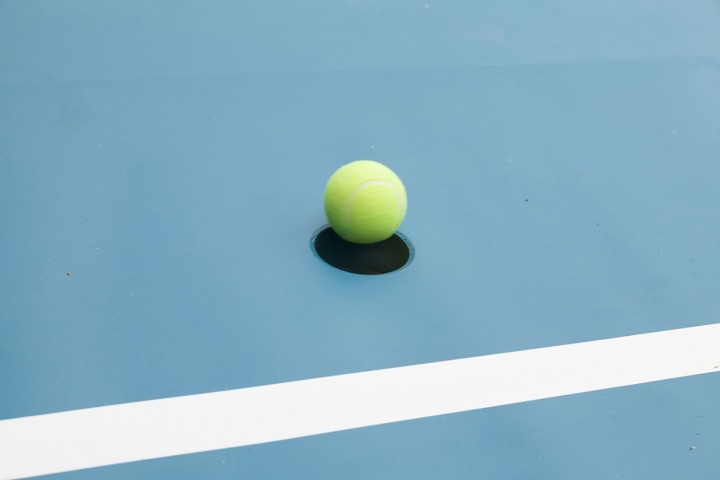 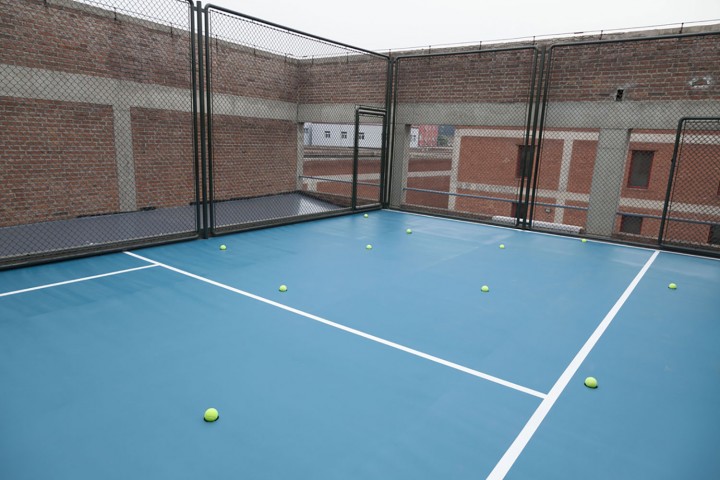 Sport is never merely a game; it is a mirror of class habitus, a pool of biopolitical imagery, and a site for marketing the symbolic values of the body in the consumerist world. Xu Qu, a Chinese artist born in 1978 who graduated from Nanjing University of Art and Braunschweig University of Art, is a tennis fan, although he doesn’t play the sport. His installation Tennis Court, located on the terrace of Taikang Space in Beijing, replicates one sixth of a standard tennis court in life size. Surrounded by black chain-link fence, the iron panel painted in teal with white sidelines and baseline looks like a piece of any tennis court. Random holes are connected to industrial blower fans that launch neon-yellow tennis balls to random heights.

Tennis Court may suggest class hierarchy or disciplinary power as inscribed on human bodies. Indeed, Xu is no stranger to researching the representation of bodies. His previous solo exhibition, “A Hit,” used silhouettes of exercising or fighting figures derived from ancient Greek relics. But instead of focusing on corporeal mechanisms, Tennis Court reinvents the spatial trajectories between objects, based on his memories of game-watching. The artist choreographs a collective of possible spatial possibilities between the ball and the tennis court as a Bourdieu-like habitus without human presence. French theorist Michel Serres adopts a (soccer) ball as a quasi-object that is meaningless without human interaction, but at the same time it is not a puppet either. The metaphor can be applied to tennis; the player’s movement and skills are constructed by the materiality of the ball — like the earth revolving around the sun. As Serres says, “Playing is nothing else but making oneself the attribute of the ball as a substance.” In Xu Qu’s installation, humanity is rendered invisible, thus resonating with his lack of bodily experience with the sport; only the traces of quasi-objects from his visual experience of tennis remain. The work may seemingly steer away from the recent embrace of the concept of the anthropocene, but the absence of the player restates the human’s role in the world.