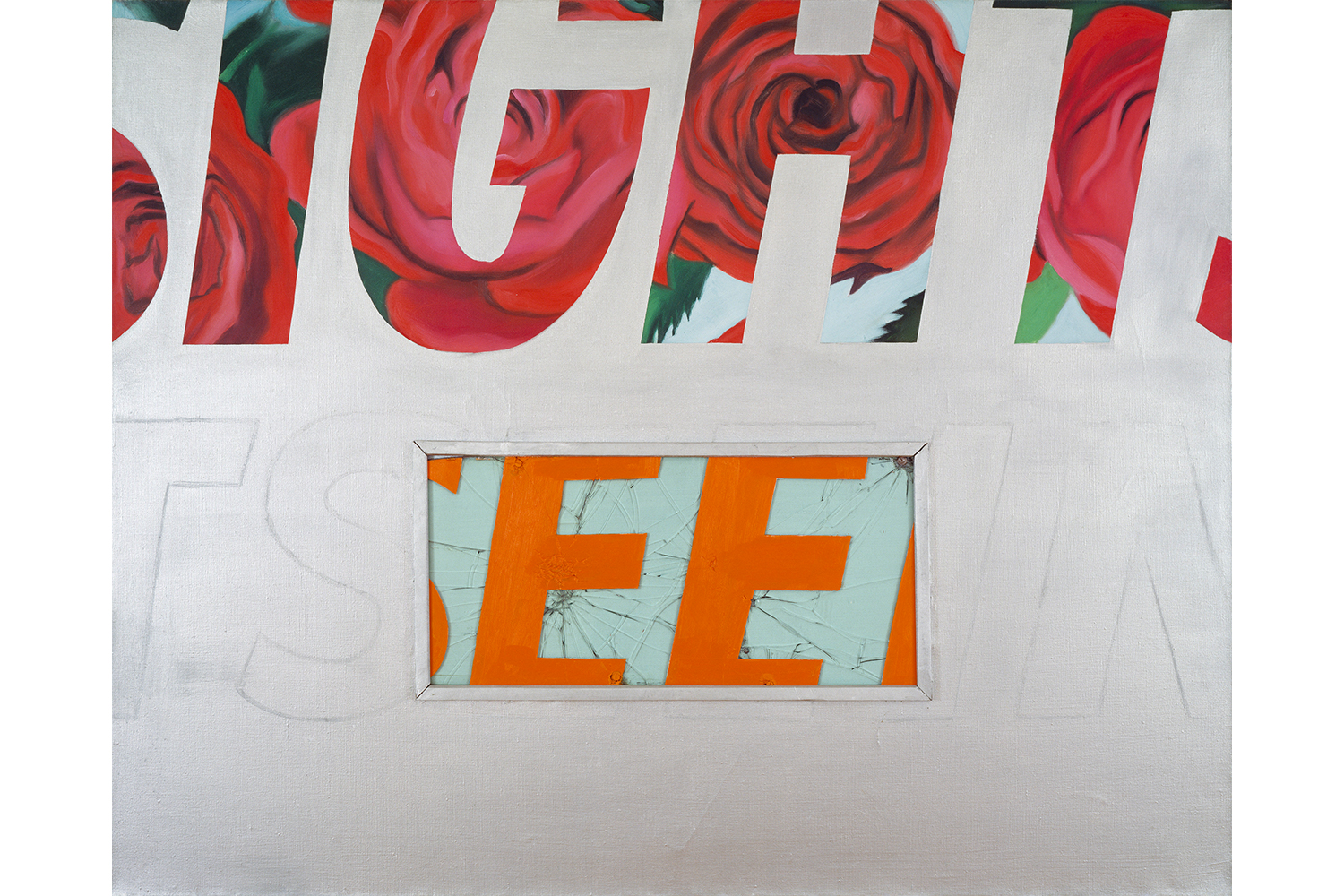 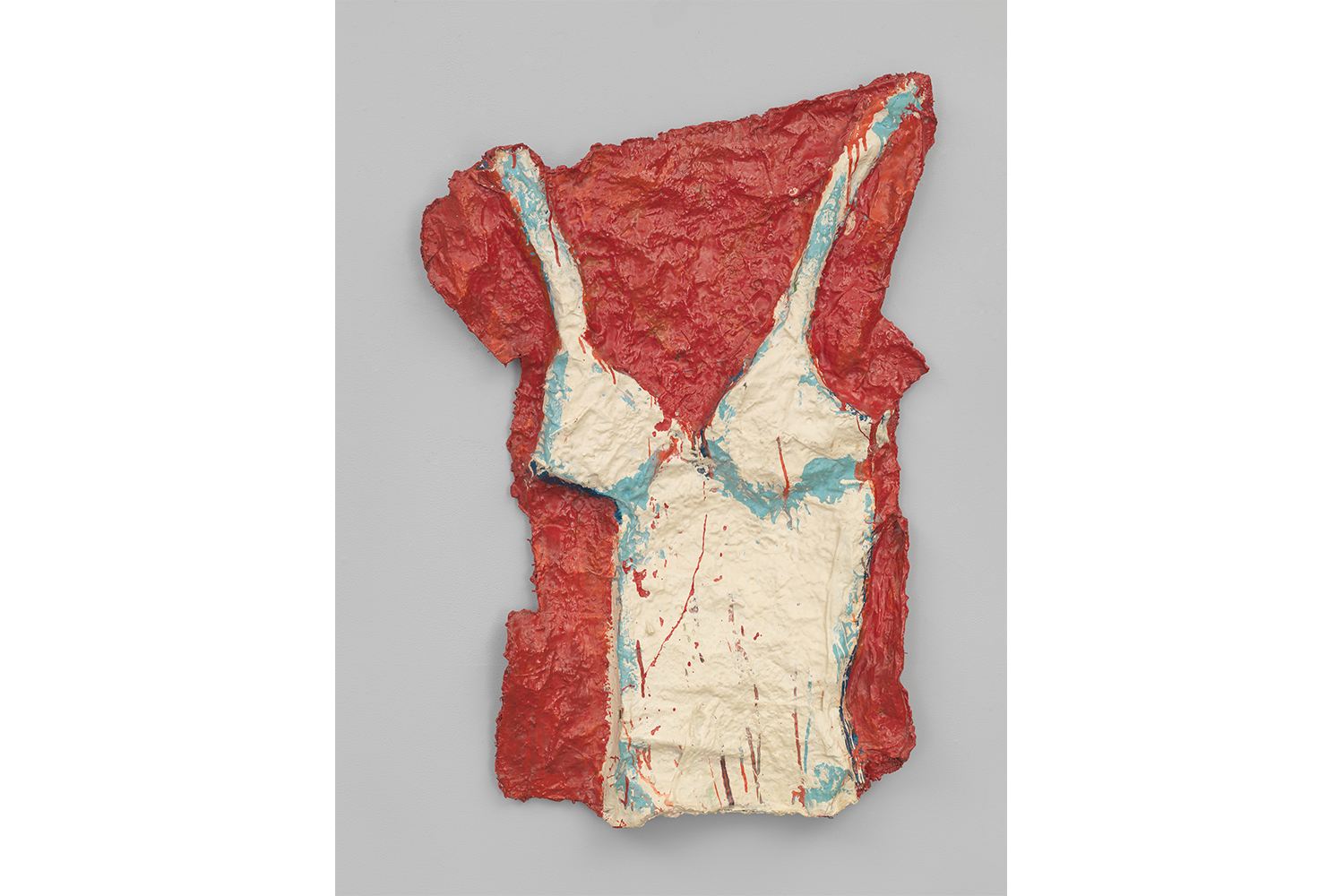 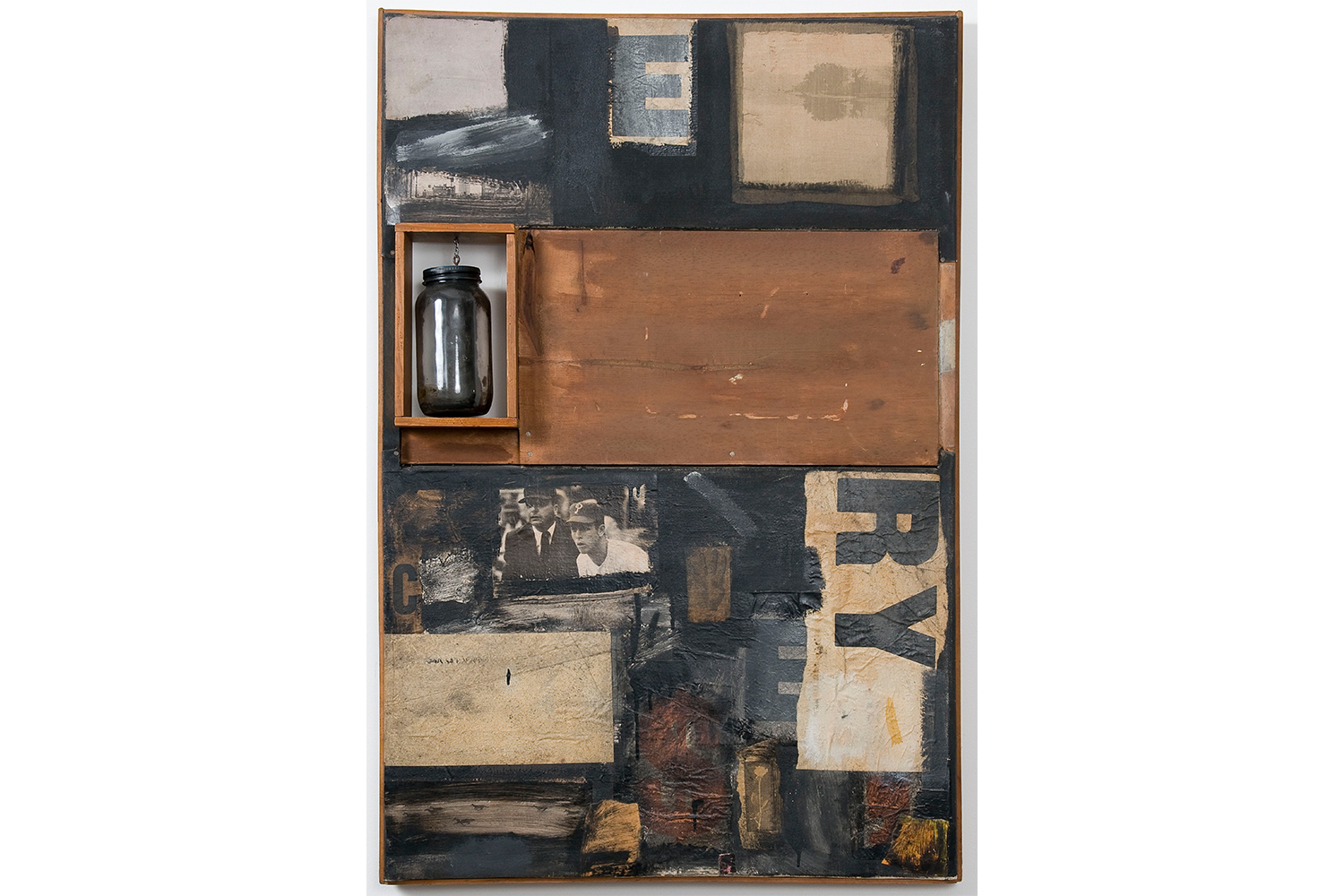 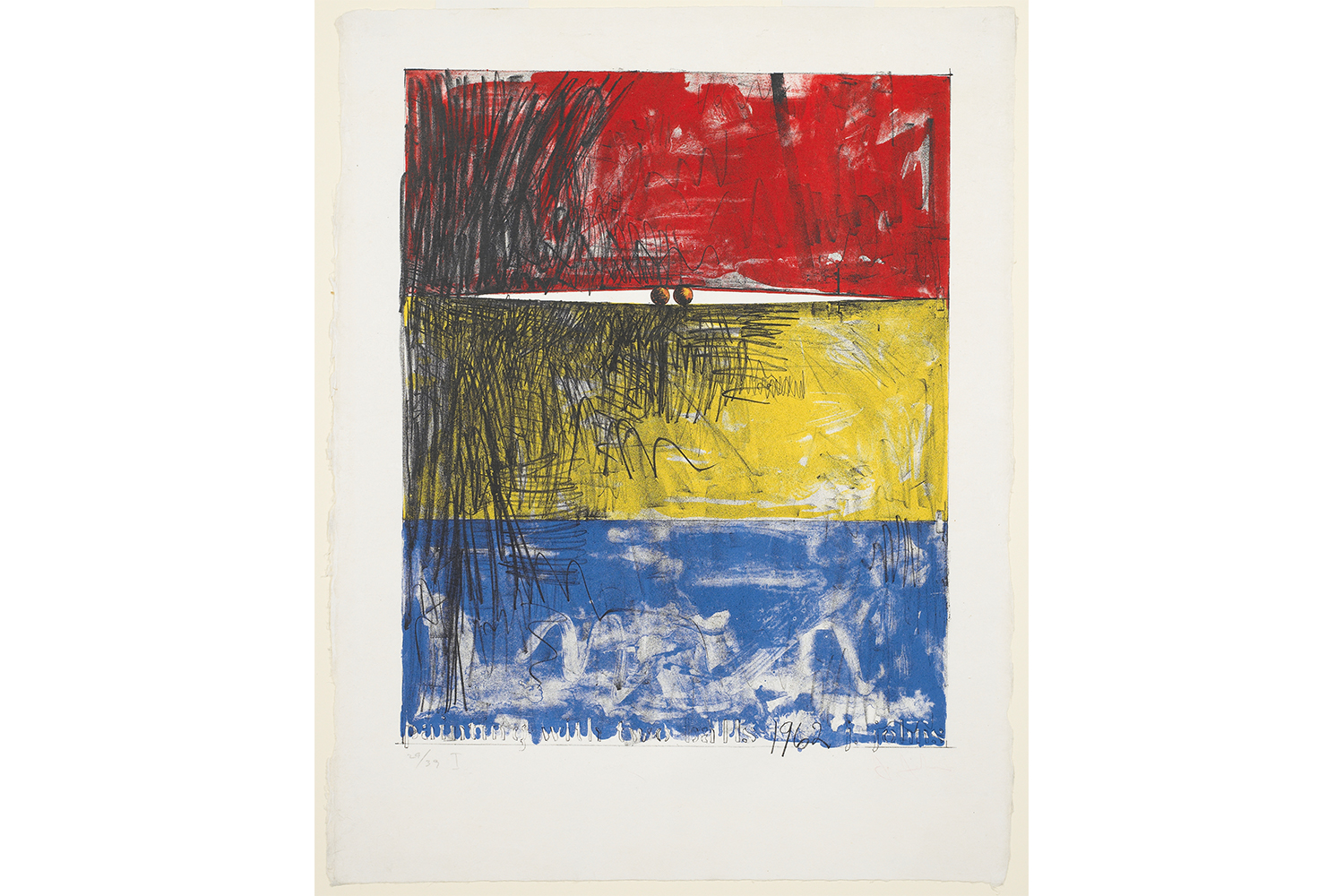 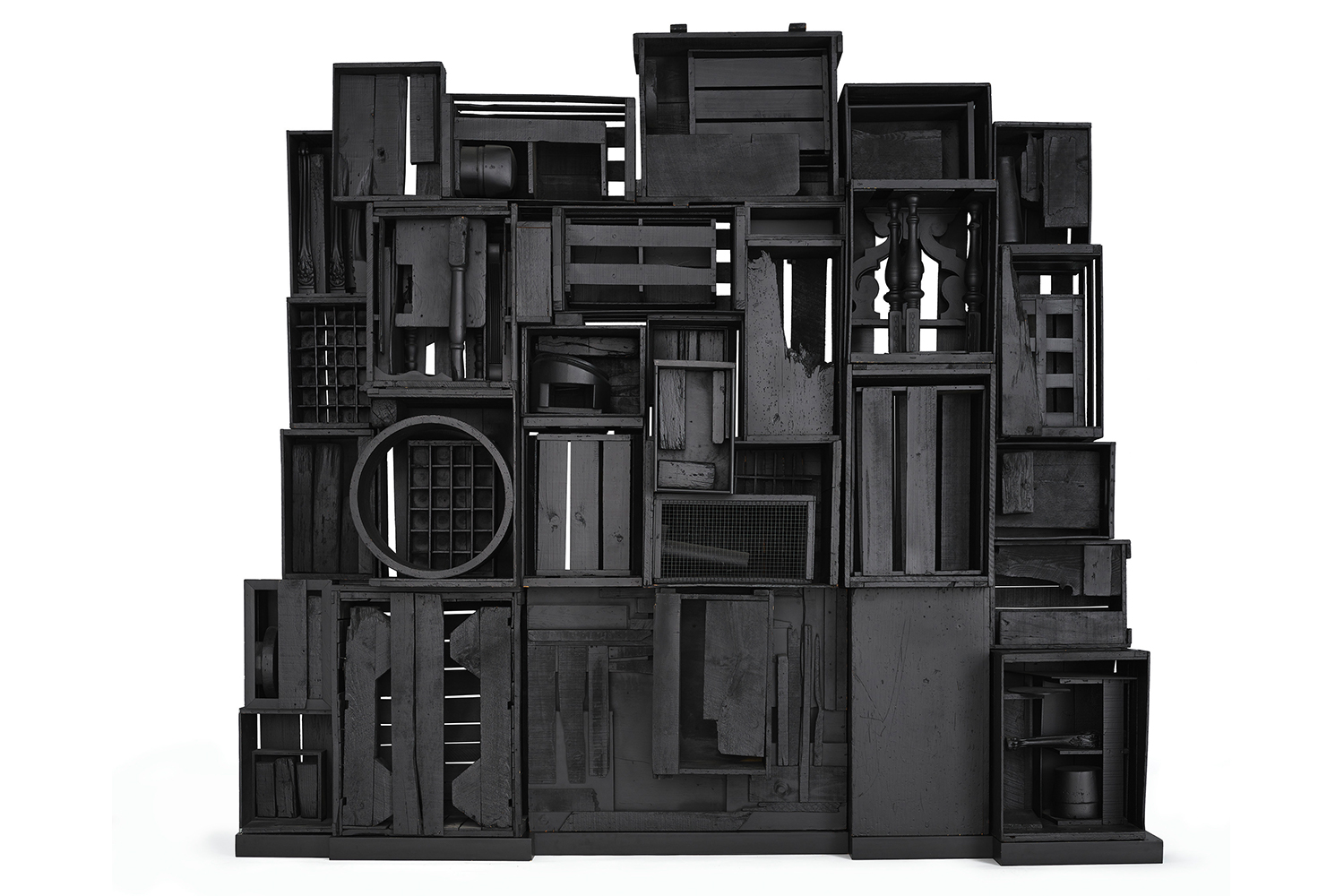 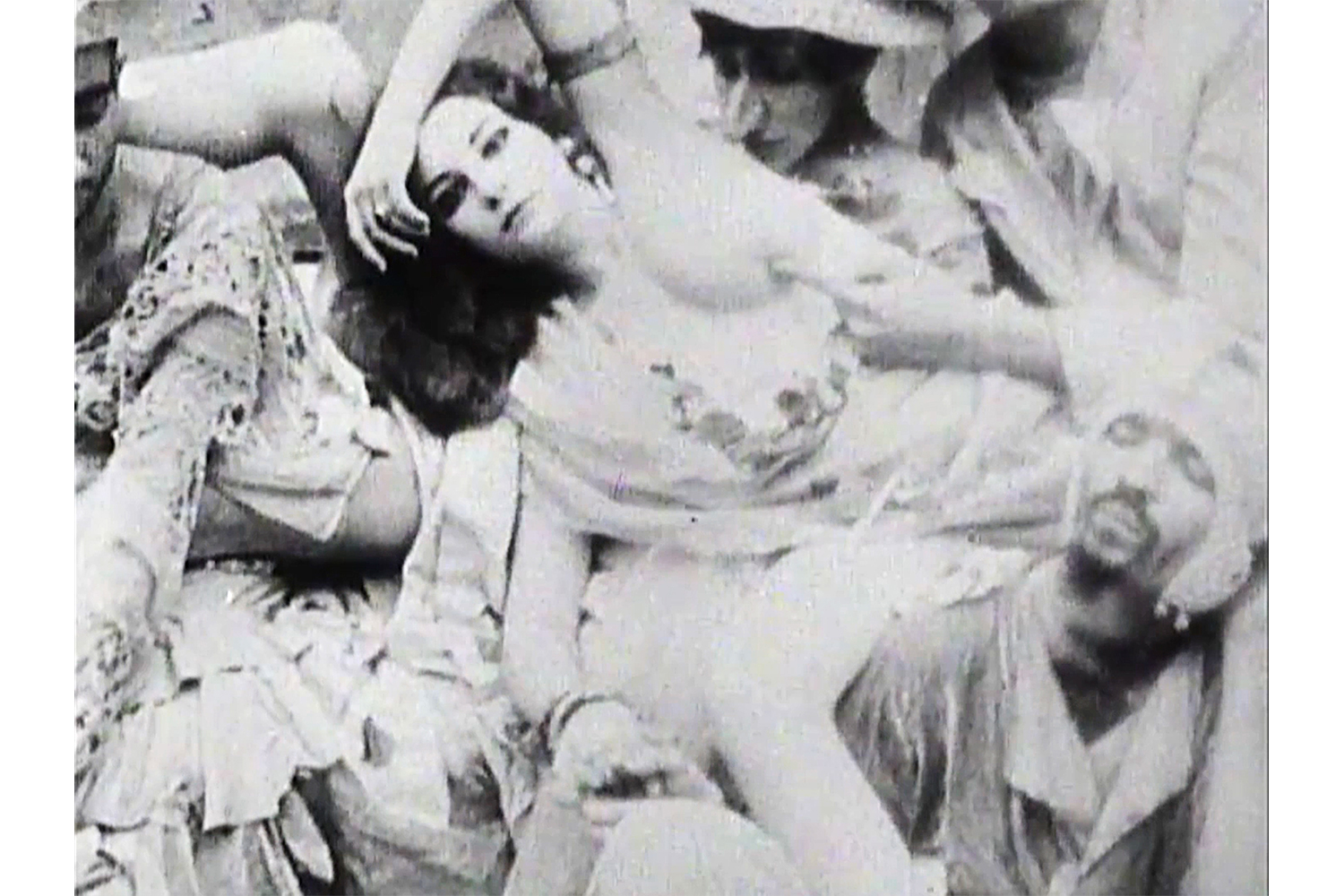 “New York: 1962–1964,” on view at the Jewish Museum, New York, is the last exhibition conceived by Germano Celant before his untimely death in 2020. One of several projects on which he was working, it carries the hallmarks of his curatorial vision: a big art-historical idea, revealed in its complexity, as it happened, in multiple media, with relevant context, presented as an immersive experience for the viewer. Celant clearly saw the fecundity of the moment between the triumph of Abstract Expressionism and the coming prevalence of Pop art. This exhibition shows that the New York art world was alive with alternatives to both.

It also demonstrates that Alan Solomon, director of the Jewish Museum during those years, was alert to this energy. He gave Robert Rauschenberg and Jasper Johns their first retrospectives, in 1963 and 1964 respectively. A spectacular, mural-sized photograph of the Rauschenberg opening welcomes visitors to the second floor of “New York: 1962–1964.” In front of Barge (1962–63), one of his huge combine paintings, several artists and friends pose — nearly all men, many (including, of course, Warhol) in tuxedos.

Solomon was also very active in promoting what he called “the new American art” in Europe. His enterprise at the Jewish Museum led to him being invited to curate the American pavilion at the 1964 Venice Biennale. He showed work by Rauschenberg, Johns, Claes Oldenburg, John Chamberlain, Jim Dine, Morris Louis, Kenneth Noland, and Frank Stella. The intriguing final room of “New York: 1962–1964” evokes the dramatic scene of this second American art invasion of Europe, a follow-up to traveling shows of works by Pollock, de Kooning, and others a few years earlier. This time, the impact was greater, especially when Rauschenberg was awarded the Grand Prize for painting.

In my conversation with Germano in Talking Contemporary Curating (New York: Independent Curators International, 2015), he vividly recalled this moment, especially one detail: that Rauschenberg’s paintings were flown in by the US Airforce and shipped to the Giardini on barges. The imagery of invasion, indeed. But why would this happen when, presumably, Rauschenberg was represented, like the others, by a few works in a group show already installed? Documents in this exhibition and photographs by Ugo Mulas solve the mystery. A letter from Solomon attests that he is “operating” to get Rauschenberg the prize. With the eager cooperation of Leo Castelli, Rauschenberg’s dealer, twenty paintings each by him and Johns were shown at an “annex” at the American Consulate. To assuage jury members who insisted on keeping to the rule of assessing only art shown in the Giardini, three Rauschenbergs were shipped there, eclipsing the representation of any other artist.

Germano was not alone in recognizing that this kind of powerful and astute support of a group of imaginative and productive artists, provided by museums and commercial entities alike, exploded any presumption of a rough equality between European and American contemporary art. When the judging committee also decided that no exhibiting Italian artist was worthy of the prize for Italian painting, the message was driven home like a dagger to the heart.

It is not hard to see that Arte Povera, erupting a few years later, was in part a response to this situation, as well as a reaction against artistic trends prevailing — or, rather, failing — within Europe. 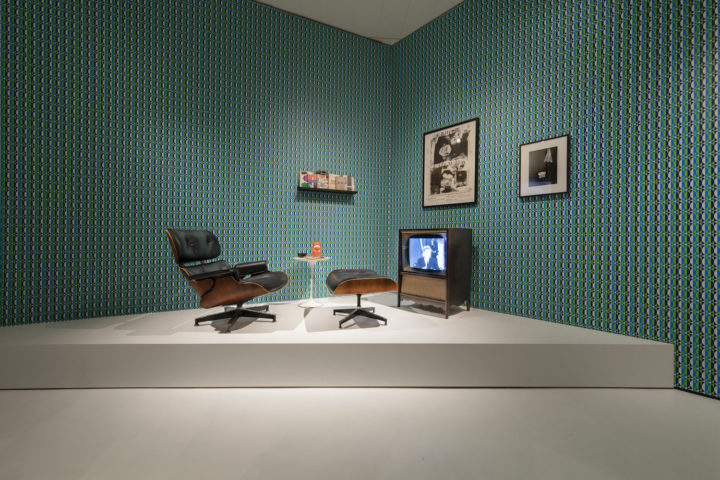 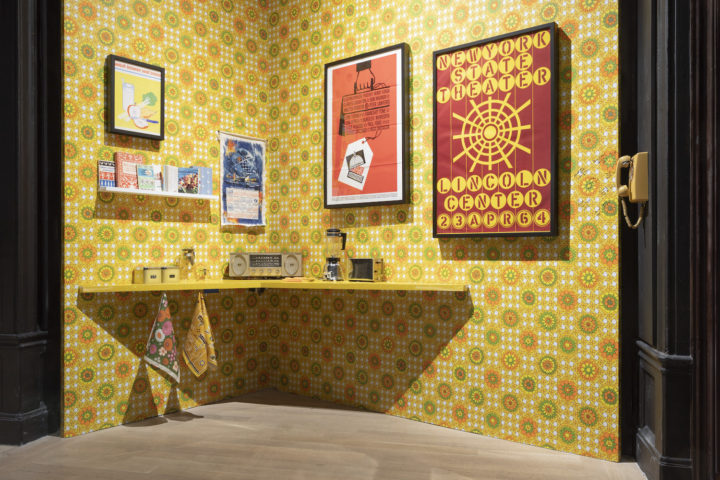 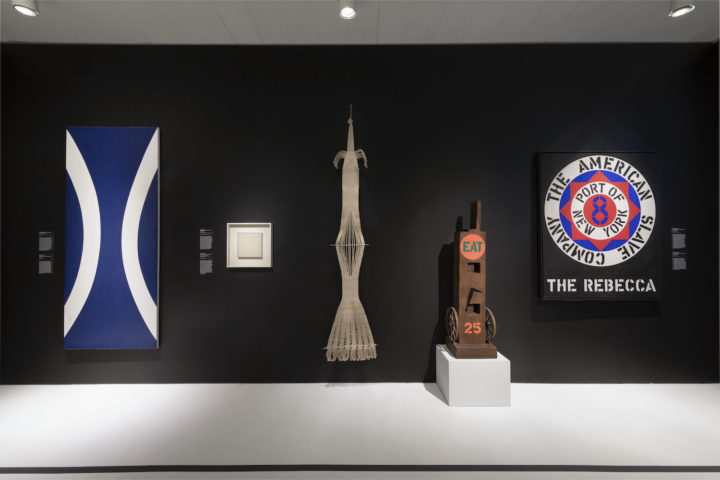 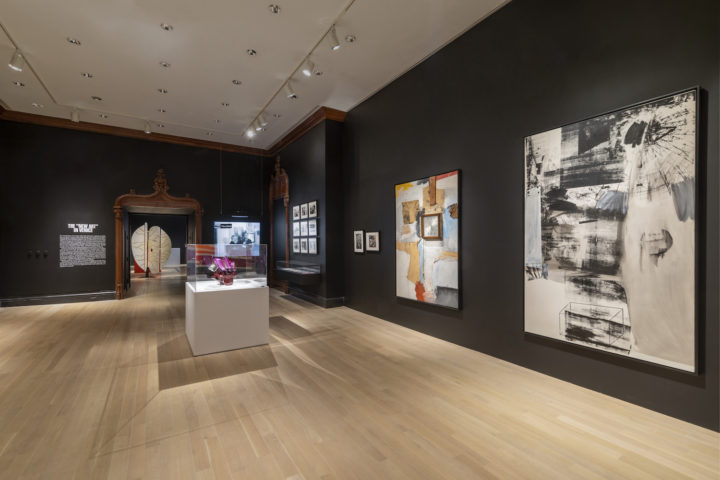 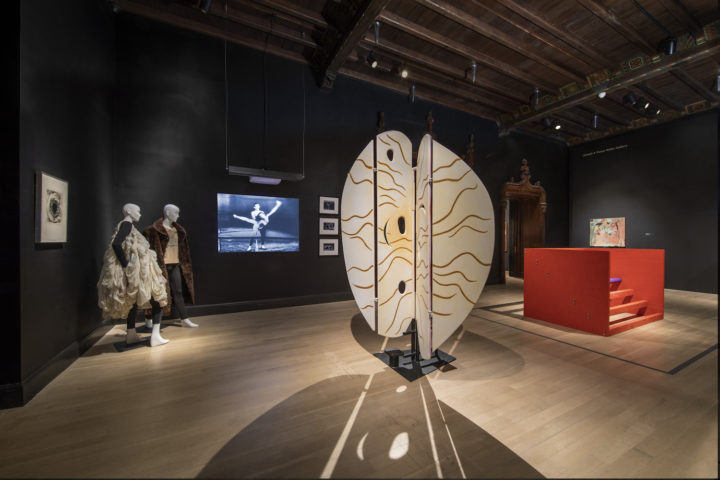 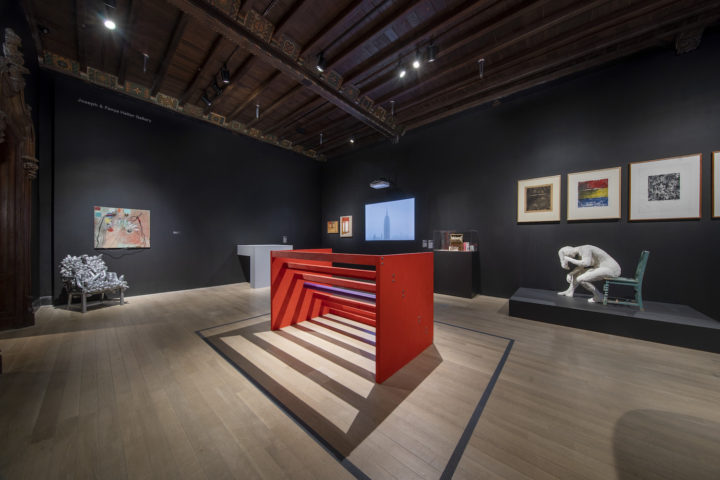 In 2017, current Jewish Museum director Claudia Gould approached Celant about curating an exhibition that would address the Museum’s influential role in those years, and relate the changes in art to the social tumult of the time. He chose the artists but died before he could specify particular works by them. Curators at the Museum, working with Celant’s team in Milan, selected and hung the works. Many of them had been shown in major museum and private exhibitions at the time, such as “International Exhibition of the New Realists” by dealer Sidney Janis in 1962, usually taken as the first Pop art exhibition in New York; MoMA’s “Americans 1963”; and the Jewish Museum’s own “Toward a New Abstraction” of 1963.

There is, however, nothing dusty or repetitious about the installation. From the functioning jukebox in the first room, “Welcome to New York,” through the powerful imagery in “The Struggle for Civil Rights” section — which includes moving film footage of Martin Luther King’s “I Have a Dream” speech, a remarkable interview with James Baldwin and Reinhold Niebuhr about the bombing of a Baptist church, and a large lynching sculpture by Melvin Edwards (Chaino, 1964) — to the eye-popping colorfield paintings in the last gallery, the installation moves fast and various. While each section, except the civil rights one, is anchored by a key work by a white male artist — reflecting those times — the changing times are signaled by works by women and African American artists. Many, such as Harold Stevenson, Jason Seley, Sally Hazlett Drummond, Martha Edenheit, Bob Thompson, Reginald Gammon, Marjorie Strider, and several photographers, are not well known or often shown. Unusual works by well-known artists, such as Jim Dine, James Rosenquist, and Isamu Noguchi, are threaded throughout. “New York: 1962–1964” is, in these senses, also an exhibition of and for these times.

A tabloid-sized booklet, published by Skira, accompanies the exhibition. Its credits read: “Conceived, curated, and edited by Germano Celant.” Designer Michael Rock, a longtime collaborator, attests to the curator’s deep involvement in the book’s William Klein– style aesthetic. It is an engrossing chronology of events in the US and the world during the three years, interspersed with images of the works in the show and essays by the curators and others about the artists and the times. 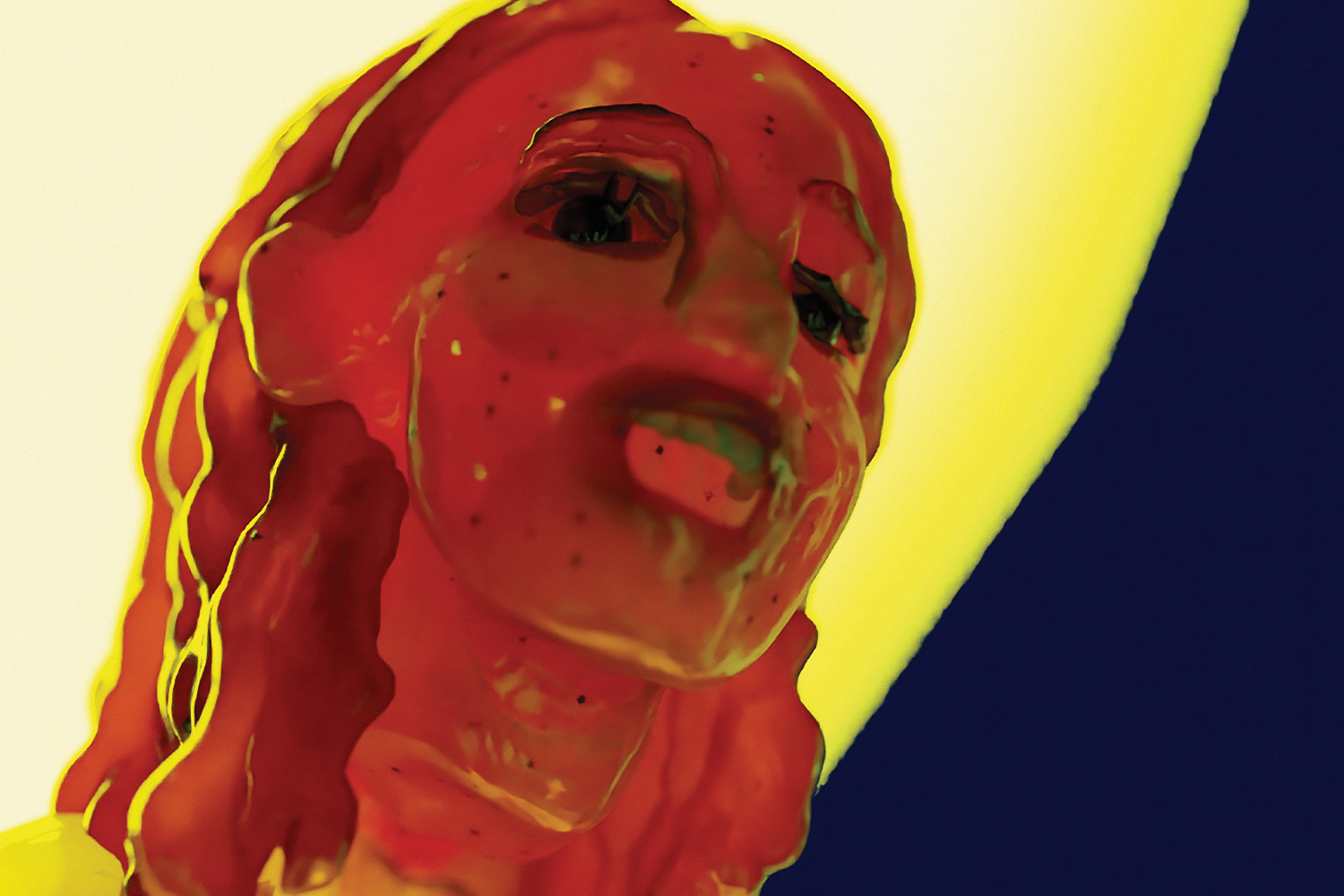 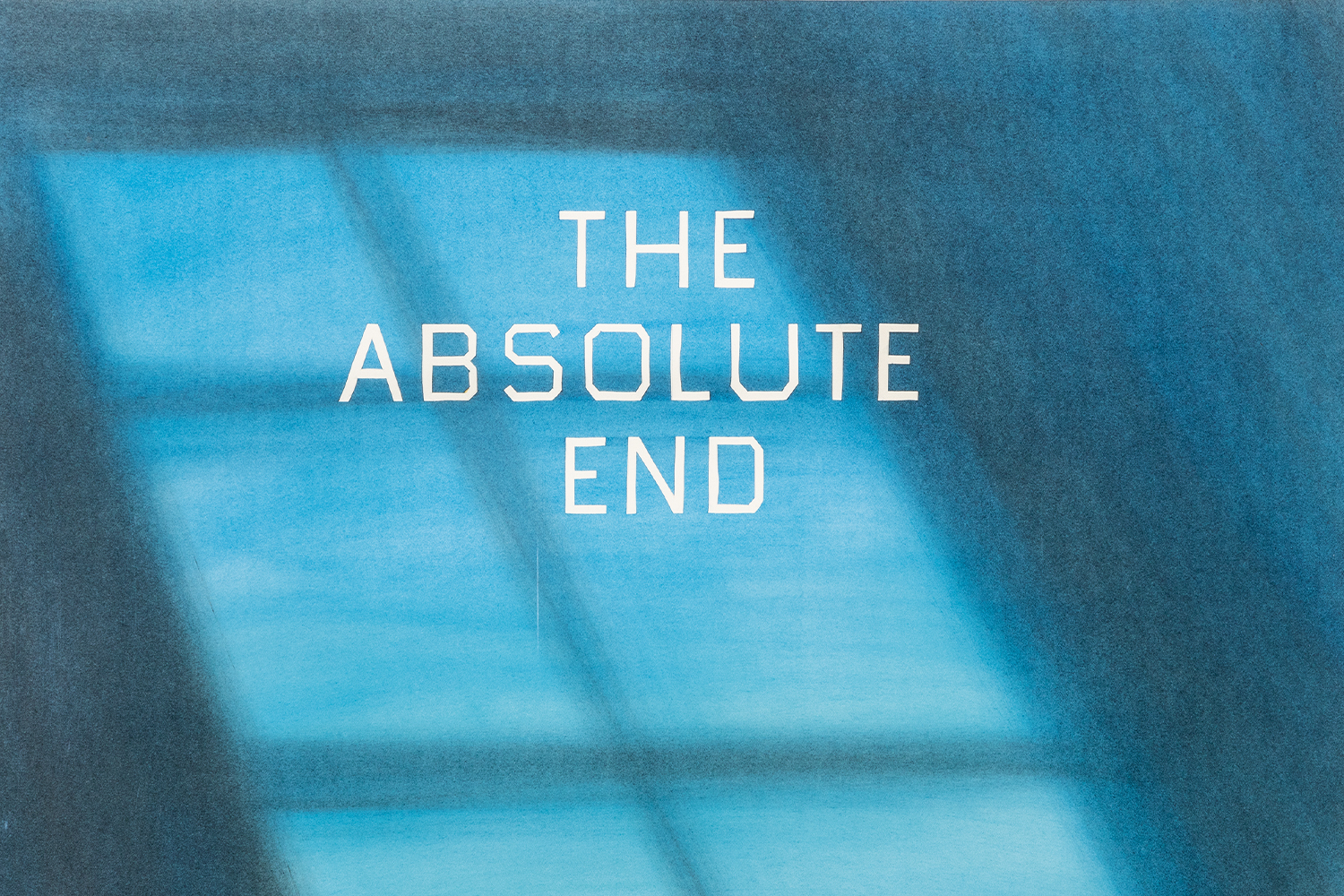 —1 — Is it the end? Has the end finally come? No one is sure exactly when it’s happening. We… 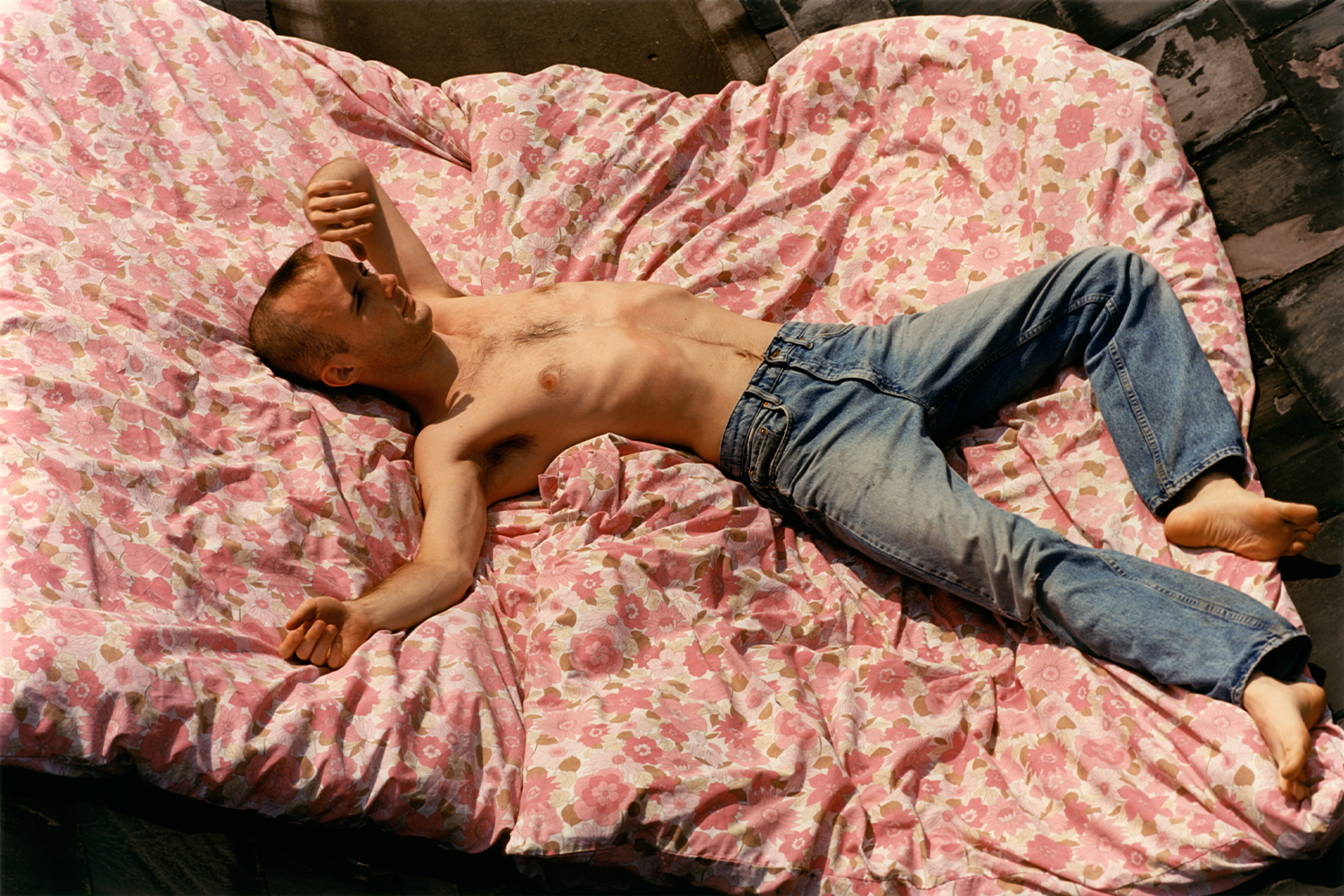 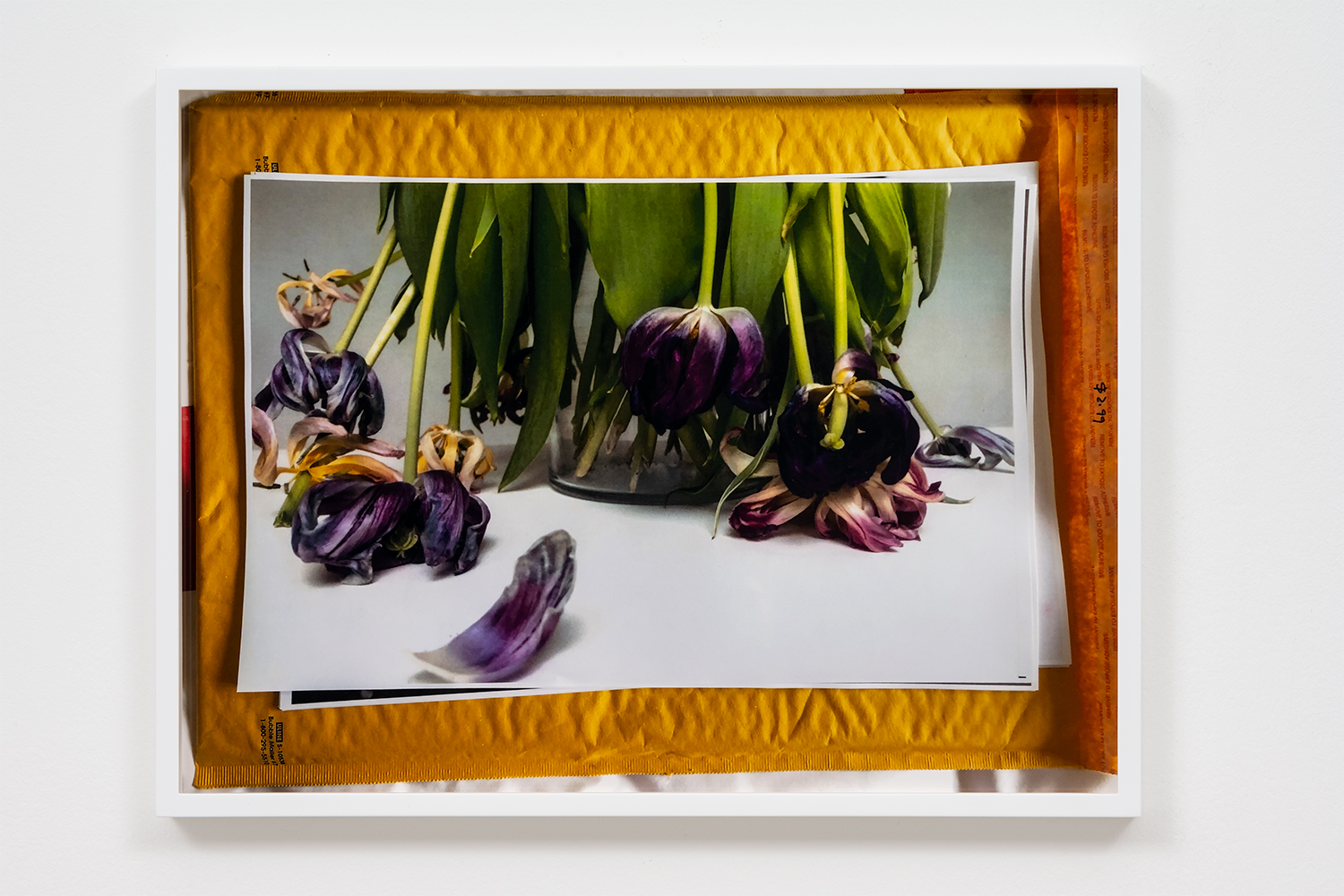