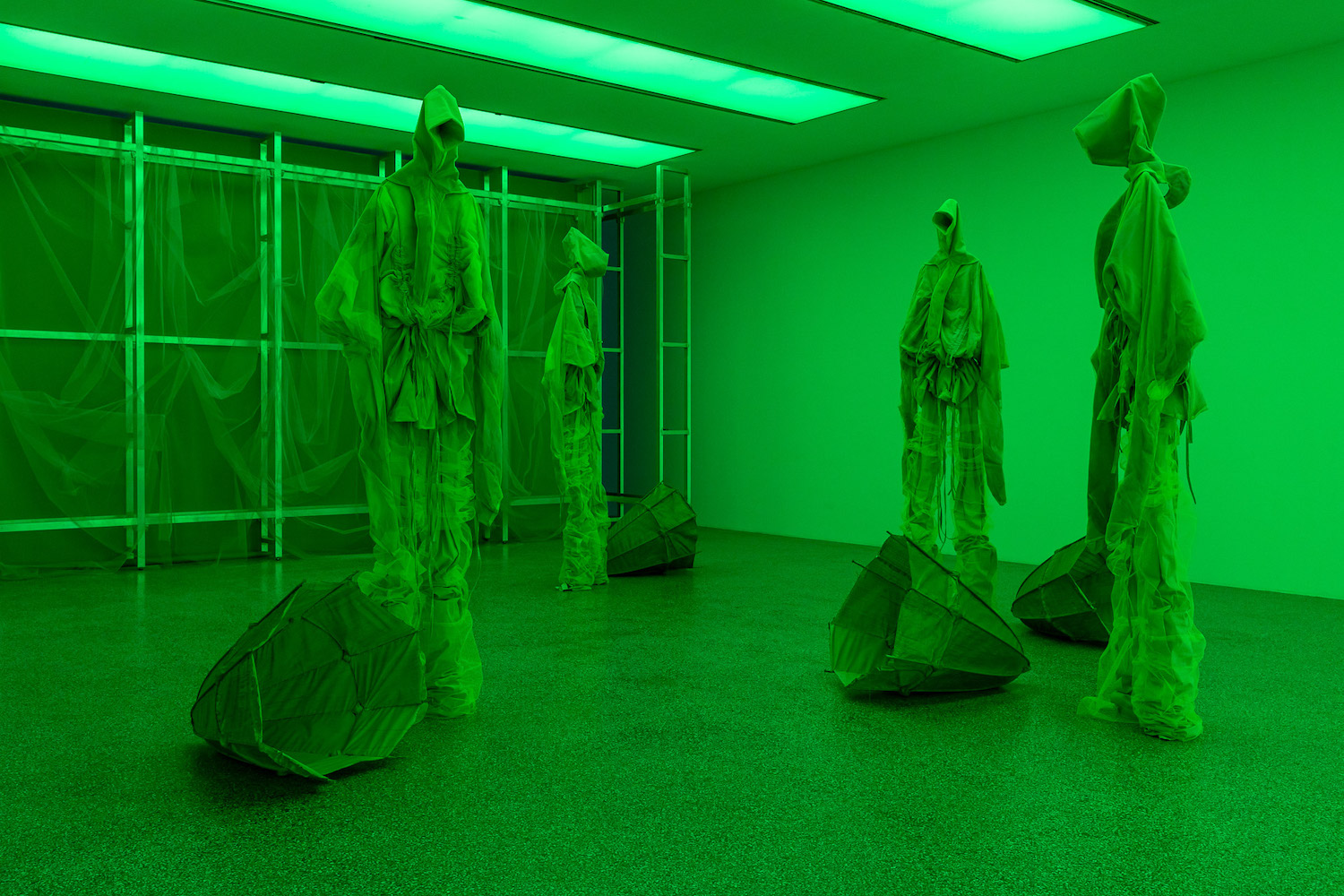 1
2
3
4
Sandra Mujinga, Spectral Keepers, 2020. View of the exhibition “TECHNO” at Museion, Bolzano, 2021. Photography by Luca Guadagnini. Courtesy of the artist and The Approach, London. 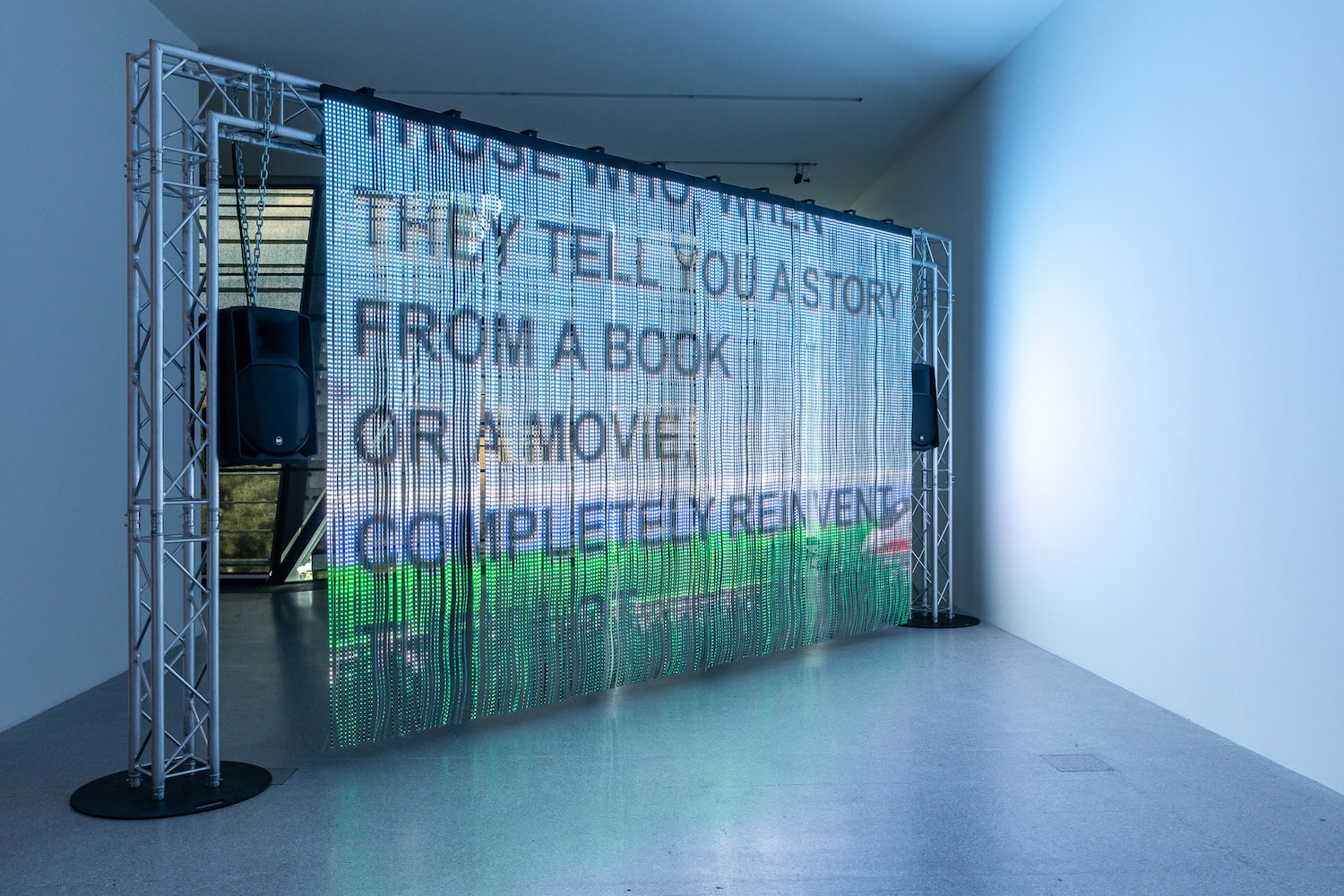 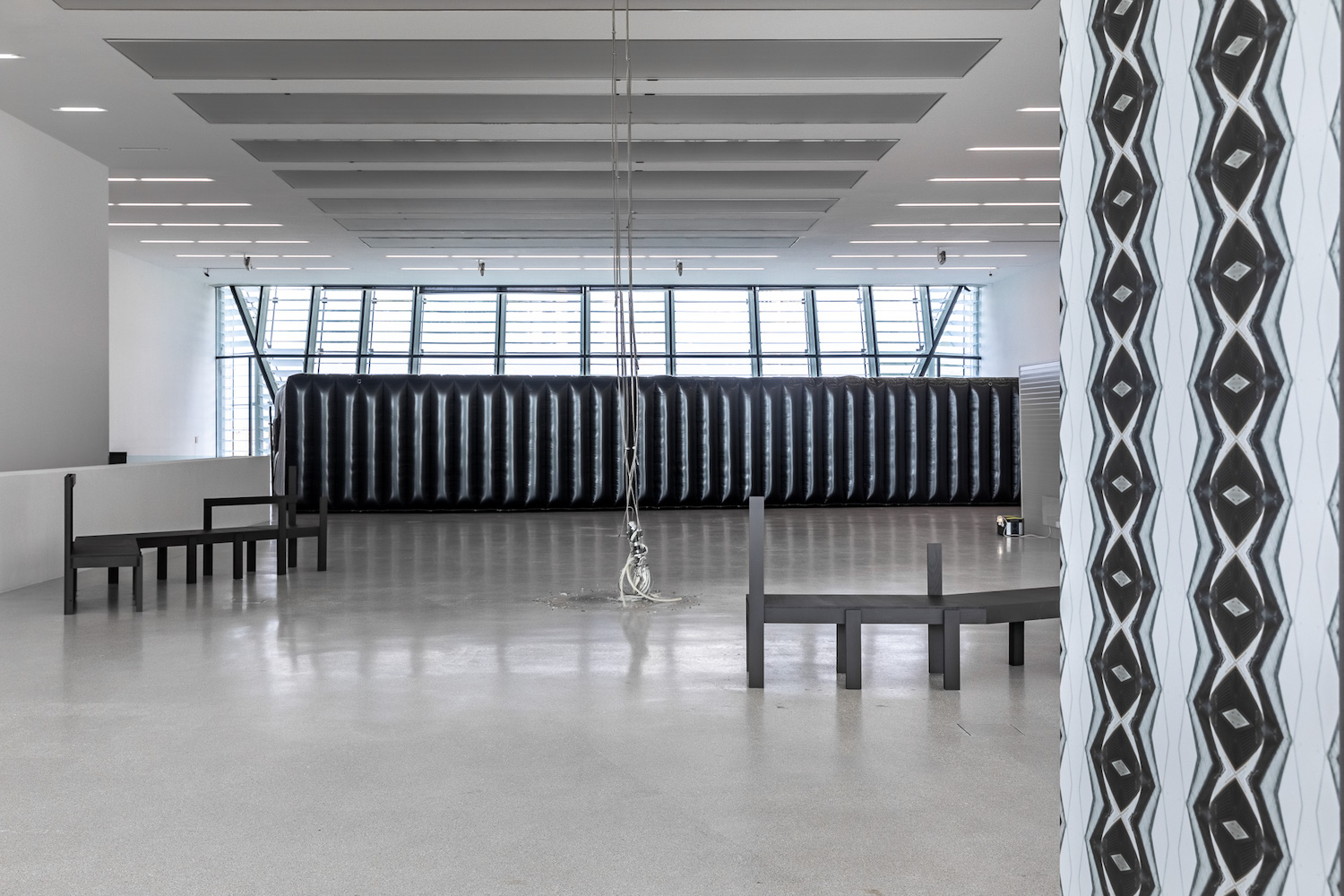 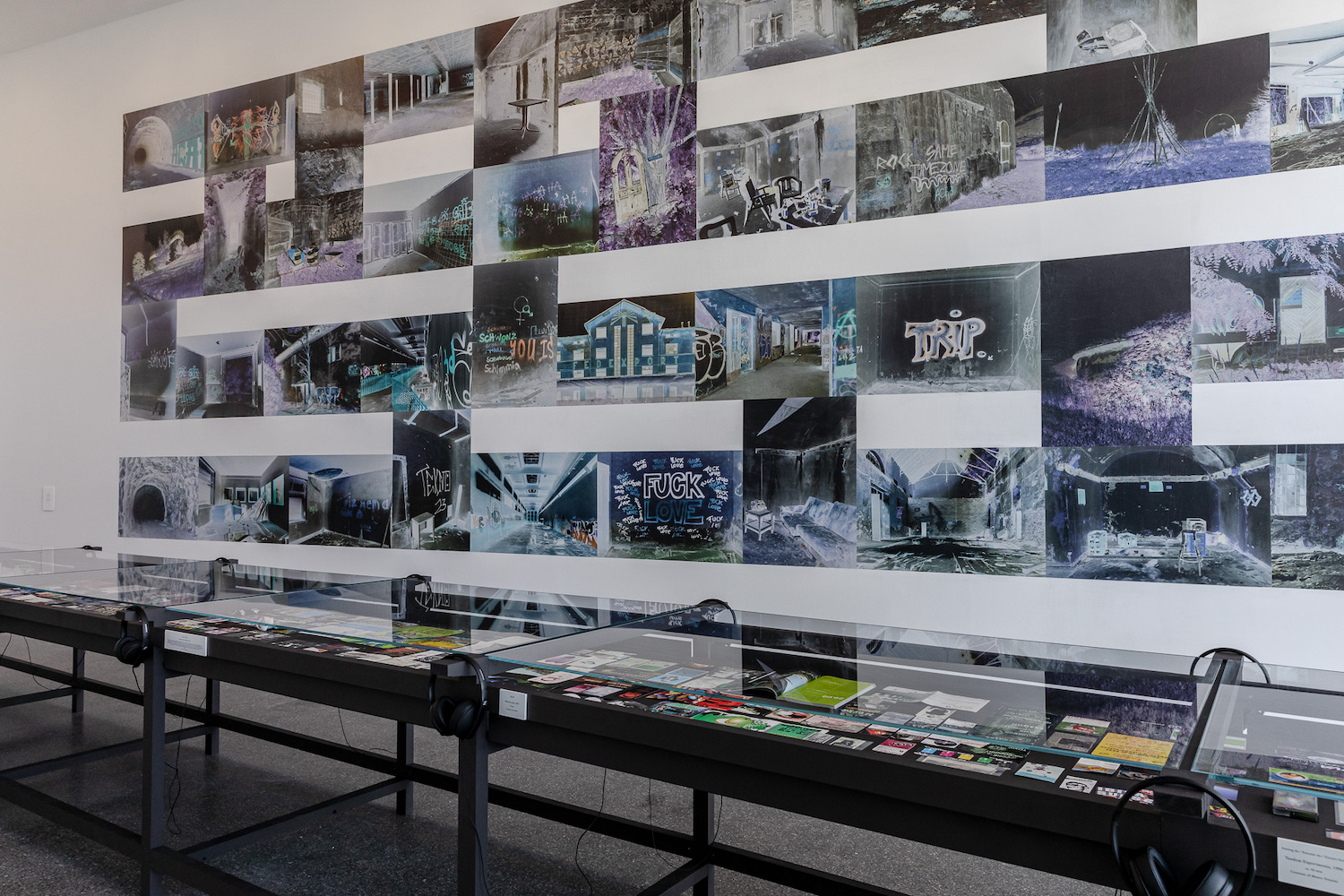 There is a macroscopic connection between the idea behind “TECHNO” and its exhibition design. I am talking about the digital infrastructure and its techno-hegemonic role in the three categories — freedom, compression, and depletion — in which techno interacts with the contemporary human condition. The panels mounted on deconstructed racks in the exhibition refer to the standard physical installation systems for the hardware components required to house network equipment such as servers, switches, and routers. In this case, the exhibited works “run” on the metal structures, encapsulating the art at a level of evolutionary complexity that is the springboard for the exhibition itself.

Bart van der Heide, Museion’s director and curator of the exhibition — in collaboration with a research team that includes Francesco Tenaglia, Florian Fischer, and Frida Carazzato, among others — strives to rip techno out of the subcultural context of a postindustrial musical genre, appropriating a phenomenon to the point of connecting it to contemporary social and political trends such as globalization and the free market. It all began between the late 1980s and early 1990s when techno, in the Detroit of failing industries, coincided with the rise of neoliberalism. During this period, the two coinciding phenomena overlapped with a reinvented concept of humanity. Technologic music ideally burgeoned as the “sun of the future world” was setting, at a turning point that plunged all of society into an opaque present that kicked off an anaerobic artificiality similar to the deterritorializing green light in which the Spectral Keepers (2020) by Sandra Mujinga endure. In this artificiality, time is no longer marked by the alternation of astral phenomena, but by the beat of atomic measurement systems reminiscent of the techno rhythm/tempo in True Time Master (2019–20) by Yuri Pattison. At this point, it is clear that techno is a viaticum for contemporaneity, one of the many neural highways of the post-technological condition in which screens have made us blind and the cinematic nature of the stupid machine of Los Bagneur (Poordysseus) (2018) by Paul Chan is a reaction to the human fatigue of having to use technological devices to run the world. 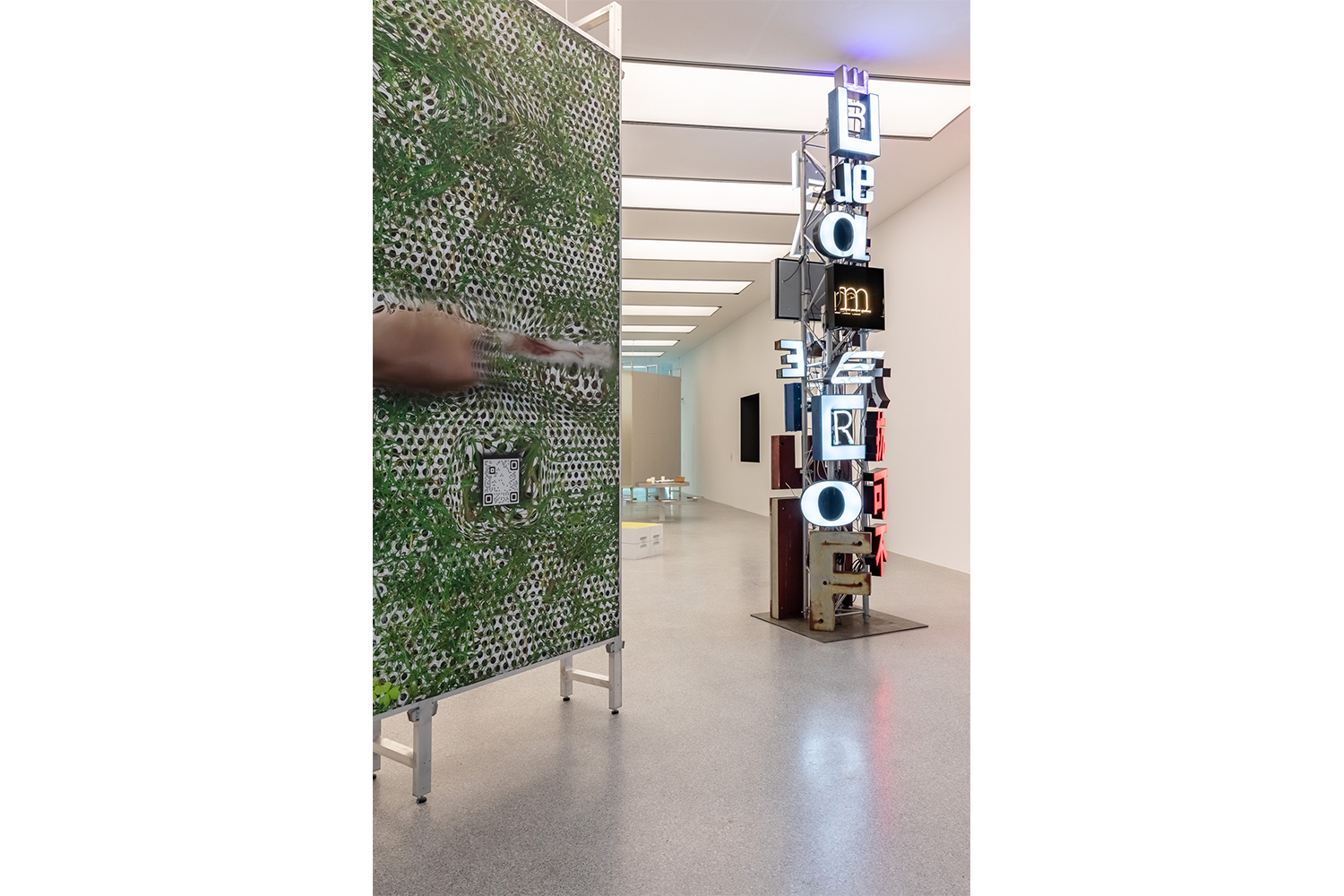 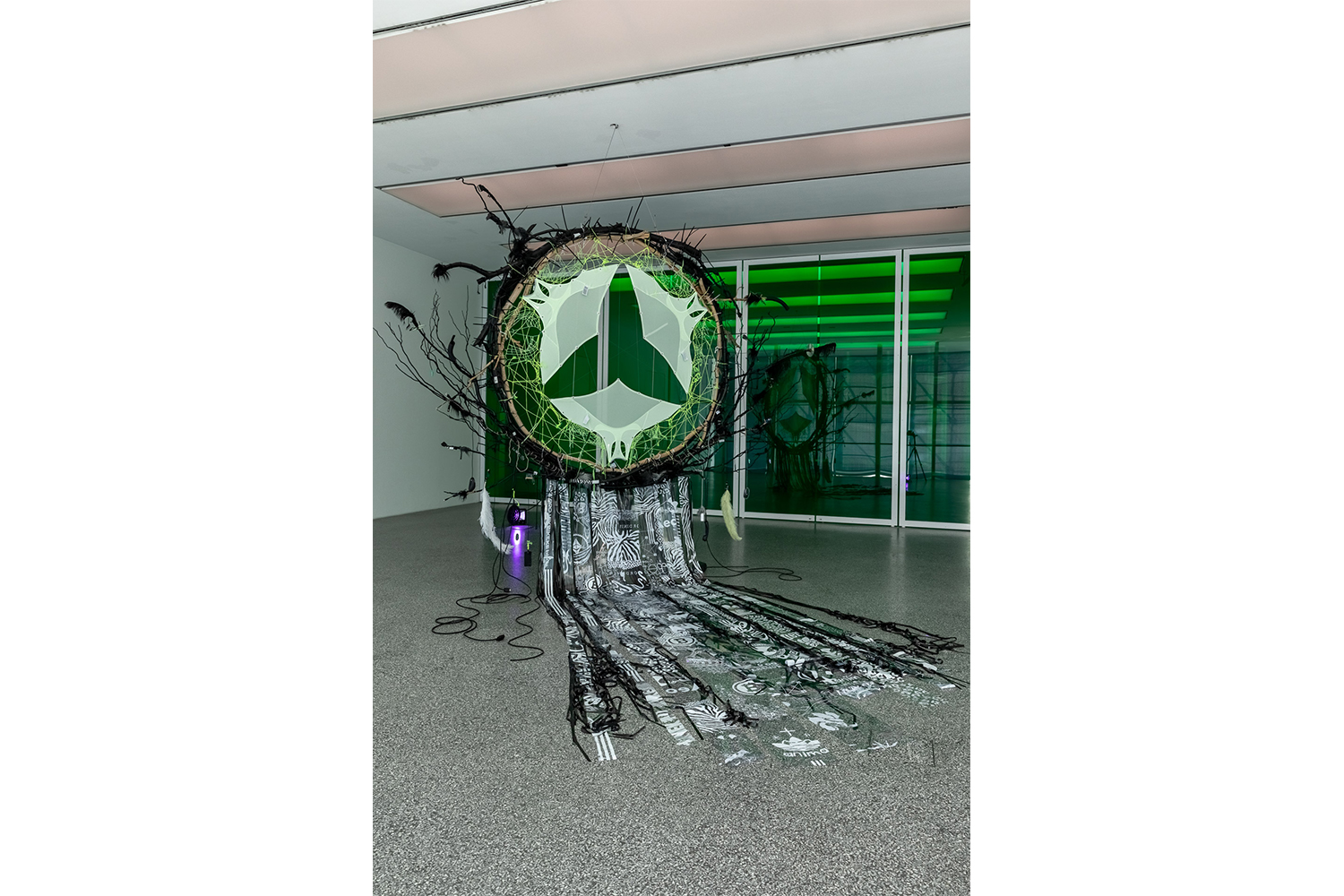 Technological compression shapes a life modeled on the efficiency that consumption makes possible, and the artist Sung Tieu reinstates this lifestyle in Loveless (2019), in which the leftovers of a lunch break are abandoned on the indestructible steel tables that can be found both in cafés throughout half the world and in prison complexes, without distinction. The human being, as a catalyst for evolution, recognizes but does not admit the cyclical dimension of the biosphere. “TECHNO” does not seem to admit that there could be a post-technological existence. Man imprisons himself until he is depleted, and thus we arrive at the exhibition’s third categorical dimension, where losing oneself in the labyrinth, in this case the inflatable one of Devotion Strategy (2020) by Jan Vorisek, leads us to another labyrinth — in video this time — where there is no exit. This cyclical pattern seems to be aimed at destruction, as in Untitled (2021) by Mire Lee, and reliance on resources, as in Children (2019) by Ghislaine Leung, an installation in which a night light and a heater rely on the autonomy of a battery. Obviously, the exhibition has no retro or nostalgic viewpoint. It seems clear that while it may be tempting to contemplate a rebalancing of things, this is an impracticable possibility that leaves us with the bitterness of a condition that Riccardo Benassi calls Morestalgia (2019), wherein the constant presence of the past is little more than a subconscious regret. Ultimately, the exhibition — before being a body of works that strives to explore the relationship between technology and humanity — is the beginning of a march toward a future in which the very formula for equilibrium is unknown: a nextnature,1 as Koert van Mensvoort defines it, where the common ground for building the technosphere and maintaining the biosphere is the sharing of spaces on planet Earth; a learning curve in which remorse for evolution must be replaced by an awareness of its inevitability. 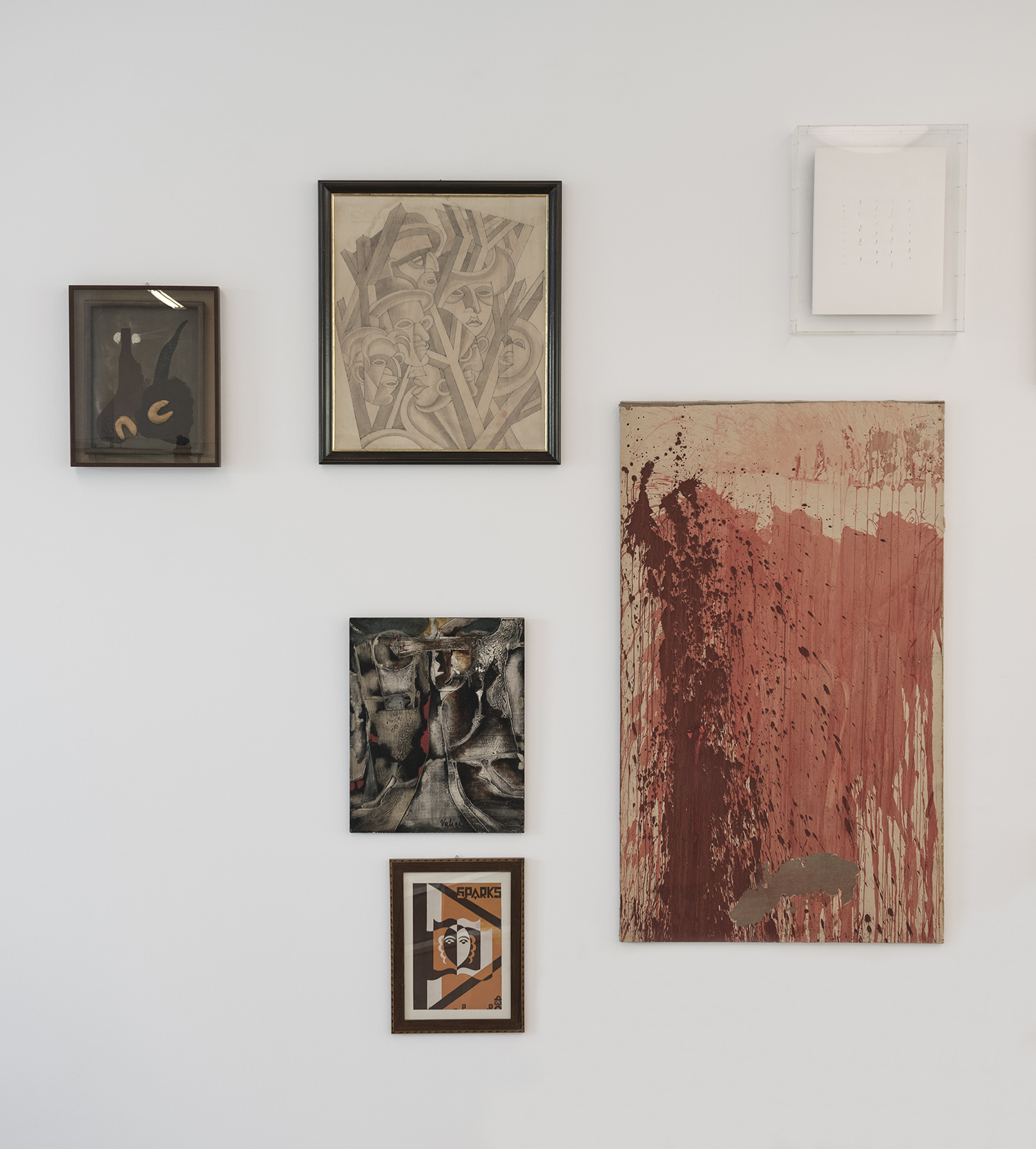 The first wall caption one encounters while visiting “Soleil Politique,” the exhibition that Pierre Bal-Blanc mounted as the finale of… 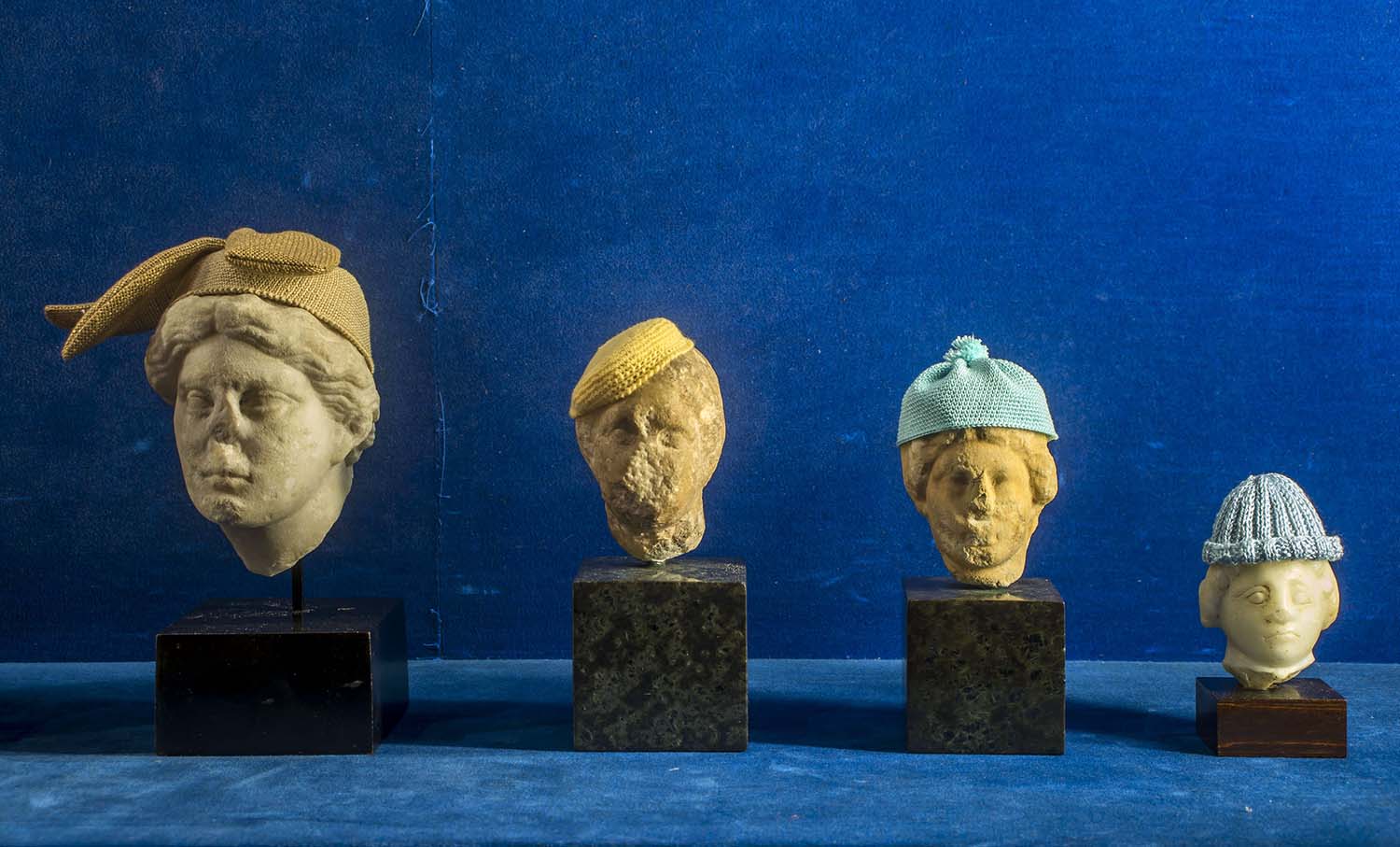 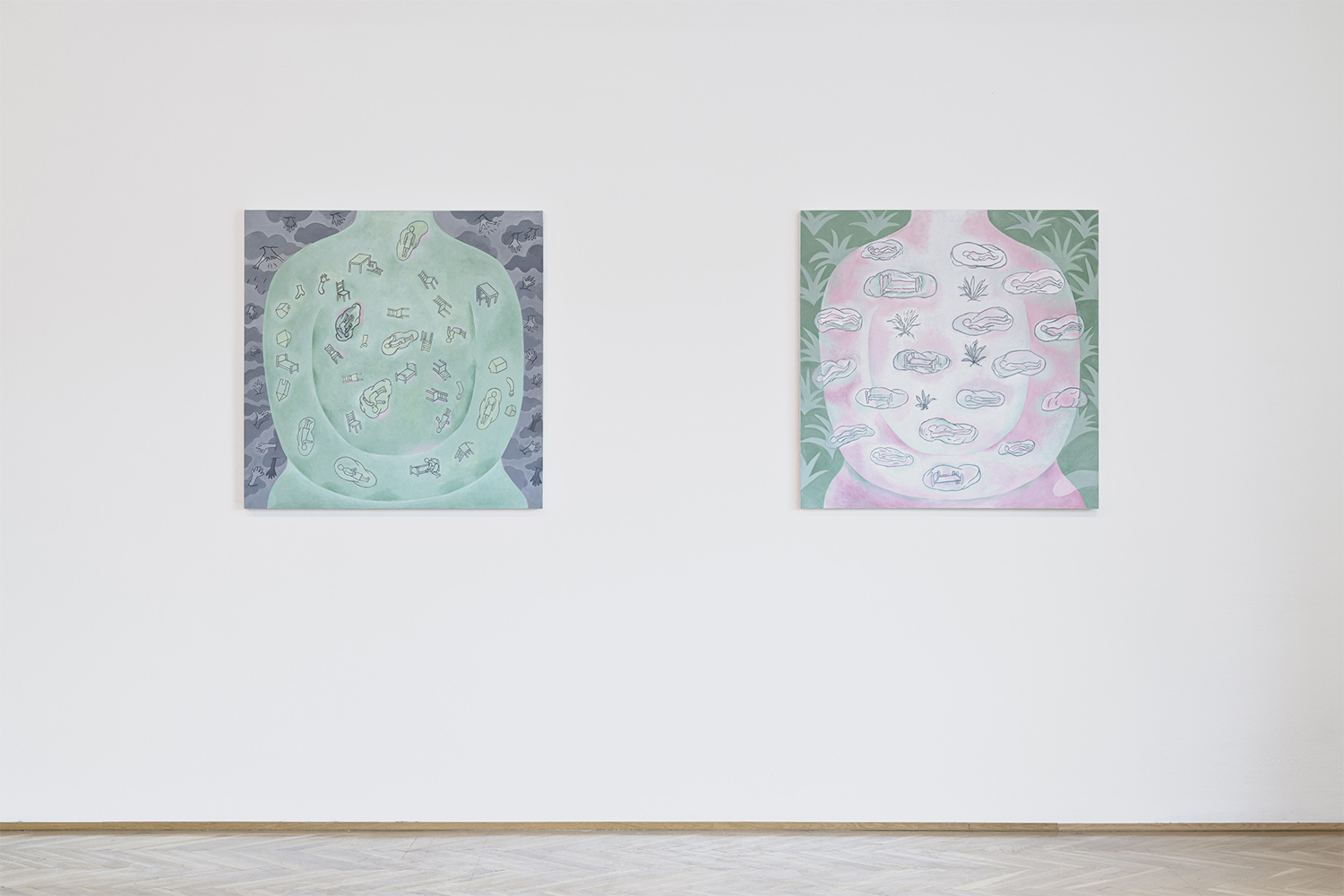 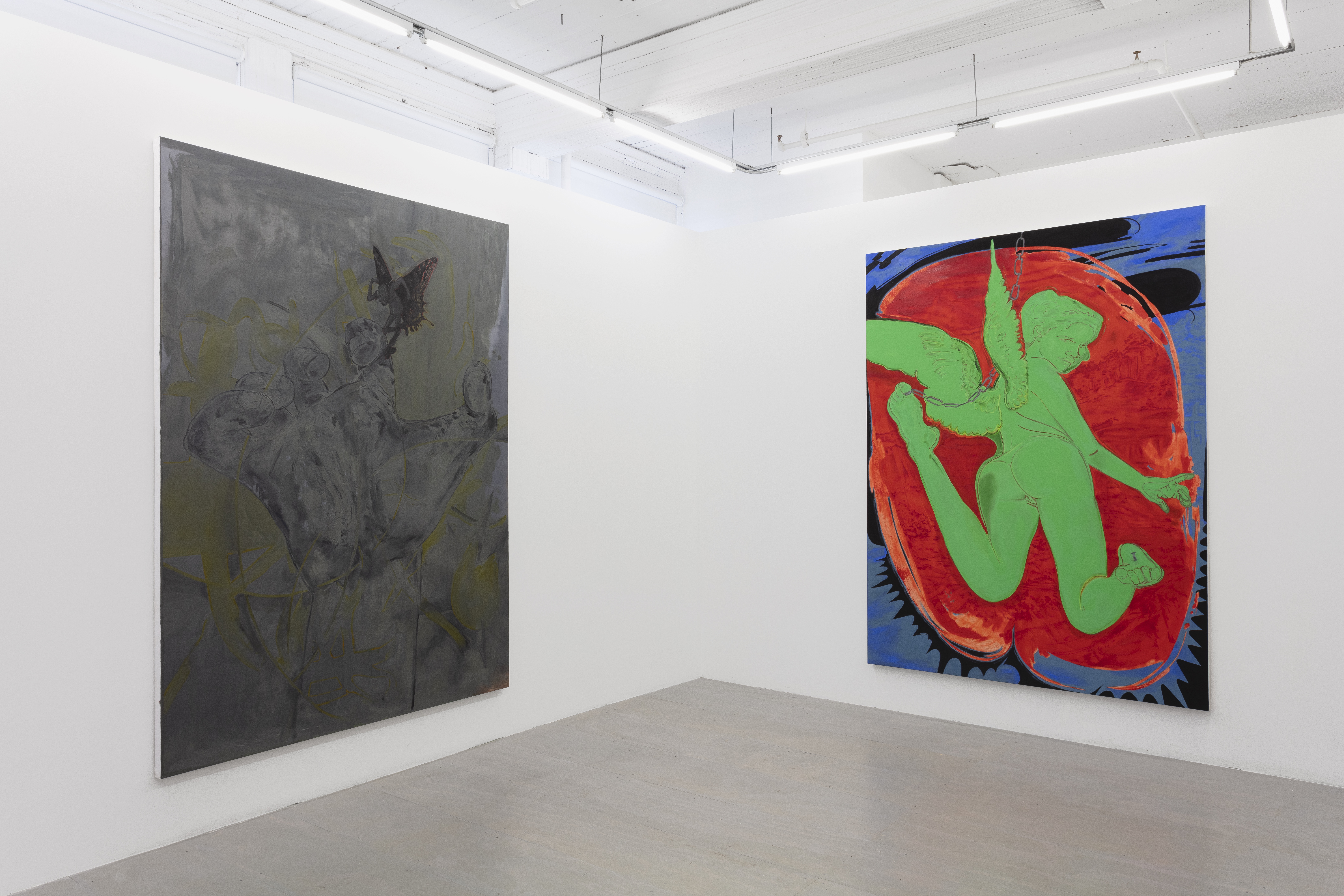 A body is torn away from itself and reformed around a hard fist. Light bounces off the eye of the…