Christian Leigh: I remember when I saw your work last year in Copenhagen I thought you were trying to construct a conceptual, structural, though pictureless landscape. This seemed also to be true of your show at Leo Castelli. Was this indeed your intention?
Lawrence Weiner: The show in Copenhagen at Susanne Ottesen was a non-conceptual, nonstructural presentation of sculpture. The fact that the sculpture itself –which utilizes landscape as one of its materials as well as the concept of placement of objects in a landscape – gives an impression of landscape is only due to the evocative powers of language of the presentation of sculpture. The Ottesen space was not, in fact, a landscape, but a simple presentation within the guidelines of a gallery structure of a series done in Norway in the field. They are not speaking about the potential of materials. They are speaking only about the actions of materials themselves.

CL: I’m interested in exploring the relationship in your work between intention and meaning. How predetermined is what you’re doing? And how much effect, in your estimation, does that finally have on the audience? Is what you’re doing, in a sense, an attempt to control reactions, and how accepting are you of subjective readings that might conflict with your own?
LW: Everything I’m doing is predetermined; whether it’s successful or not is another question. What effect it has on the audience I can only judge in terms of what I as an “artist”/“citizen”/”viewer” would read from the work if walking in off the street. Many of the responses that some artists seem to require are not a necessary part of the receiver relationship for the aesthetics I’m interested in. My interests lie in presenting the relationship of human beings to objects and objects in relation to human beings. Human beings are variable. Objects themselves have their own volition. Therefore, when you speak in terms of intention and meaning, the meaning is the intention.

CL: I remember running into you at “Bilderstreit” a couple of years ago in Cologne; I was quite taken with what you said about how in the seventies there was no interest in what you were doing compared with the massive interest conceptual art has recently attracted. How do you feel about this transformation, and how do you feel about what that says about its future?
LW: I didn’t basically say that it was a personal problem because I have been one of the luckier artists who have been able to continue showing through various low phases of the Western art world. But I don’t really see the interest in so-called conceptual art as being healthy or unhealthy. It’s just the normal “ghouls above/fools below” situation. It’s trying to understand how we got to where we are, and since I’ve been showing since 1960, I guess I’m part of how we got to where we are. That’s not really an interest in so-called conceptual art. If you saw the Paris show, you would see that those who stuck with what they thought was an idea of conceptual art were literally stuck in the mud.

CL: In recent years, it has been the tendency of a number of first generation conceptual artists to aestheticize their work. I see this as being particularly true in the case of Sol LeWitt. How do you feel your work has changed in the past two decades?
LW: I don’t really see aesthetics itself as a rude, vulgar, or derogatory word. Aesthetics per se, contemporary aesthetics, past aesthetics, and all the other aesthetics are just material. They’re just grist for the mill. I think Sol LeWitt handles that grist quite well, as do quite a few other artists. I don’t know. I think my work has changed more in its intensity and more in my understanding of the relationships of human beings to materials, and in the realization that the art public utilizes art as a means of creating a metaphor on their own terms in order to find their own place in the sun, or their own relationship with those objects that are nomered.

CL: What art do you like these days?
LW: Contemporary art.

CL: Do you feel your influence in work that you see?
LW: I certainly hope so. One doesn’t cast bread upon the waters without hoping that some fish, bird, or unnamed creature attempts at least to nibble it. Yes, I see people preoccupied with the same preoccupations that have made my continuation as an artist possible. I don’t know if that’s an influence. That’s just a confluence of preoccupations.

CL: You have always spent a lot of your time in Europe. Recently there has been a lot of attention paid to Europe by many younger artists, and in a sense, by the art world/market at large. How do you feel Europe has changed in relation to contemporary art in the years you have been traveling there?
LW: There is a decided difference between the consumption or use of art in Europe and the United States. But because I’ve had my feet planted on both sides of the ocean for so long, I really can’t tell the difference. The interest in younger artists in Europe is based more upon the Kunsthalle system than anything else. They don’t have to have a show that’s guaranteed to sell. They need to have a show that’s guaranteed to be of interest to people. That’s one of the greatest advtantges of not having enormous boards of trustees that are collectors and such. The few European countries that do have that kind of pollution find themselves with stagnant programs.

CL: I would like to know how you go about planning an exhibition. How contingent is what you do based on geography and architecture? Or do you see your shows as being ultimately transplantable, as ideas on the road?
LW: If I’m interested in geography or architecture at the time of the exhibition, and since the work is always language plus the materials referred to, then architecture, geography, and various other natural phenomena would be an inherent part of the work. If the work was not involved with geography and architecture, then it would have very little to do with the space that it was being shown in. I can’t say there’s an overall rule about whether I accept or don’t accept various contingencies of each individual space. One tries to make work that will have a use where it is, even if your preoccupations go against the basic tendencies at that moment in the culture that you’re working in. The purpose of art is that artists look at the configuration in front of them, and if it doesn’t please them, they try to build another configuration.

CL: Of all of your shows, which do you feel was the most important? Is there a particular situation that stands out in your mind?
LW: I wouldn’t know about important or not important, and to be perfectly frank, I remember every exhibition I’ve ever made, so none of them stand out particularly in my mind. I would remember things that stood out in my mind by virtue of personal things like if I fell in love, or if I did something that I’d never done before. But as far as exhibitions go, I hope that each one has the same amount of weight at the time that it’s done.

CL: Ideally, what reaction are you aiming for when you present a work?
LW: Obviously I’m aiming to place something within the society that will function as “art,” until it enters into the society. Then, in its own terms, it will function as a form of art historical reference and as a form of metaphor for other people. But when I present it, and I do think that the work I present is non- metaphorical, it doesn’t carry with it any inherent need to accept my morality or my aesthetics at the moment in order to try and make use of it.

CL: There have been a number of retrospective-like exhibitions recently looking at the history of conceptual art. In a way. it’s ironic to treat this anti-object work in this manner. How do you feel about that?
LW: No, I don’t think it’s particularly ironic because I don’t see this work as antiobject, except on the part of one or two people who are included in those shows. The rest of the people who were in those shows were just trying to make art, and they got caught up in this sort of schoolteacher nonsense about conceptual, non- conceptual, neoconceptual, anticonceptual, anti-object. I think that everything that I’ve made-and if you check through all the criticism, especially the second rate academic criticism, their major attack is that I’m a materialist—has never been against the idea of an object. I firmly believe that when you’re placing something in the culture, you’re placing an object in the culture.

CL: I would like to know more about what it was like participating in Seth Siegelaub’s program. What can you tell me about him and his publications and shows?
LW: I started to show with Seth Siegelaub in 1964, which seems to be before most of the people who claim to be inceptive in so-called conceptual art ever got out of school.

CL: Joseph Kosuth has often found an alternative vehicle for his ideas in curating exhibitions. Have you considered curating in this way?
LW: I still find art a viable means of dealing with my so-called ideas and my so-called aesthetics. Since I consider myself a first rate artist, I don’t really think that I have to be an amateur curator, amateur archeologist, or amateur skydiver in order to prove the validity of what I’m doing. I prefer to show my work in the context of other contemporary artists rather than always throwing myself back into or using art history as a justification for what I’m doing now. Art history is a kind of enrichment of what you do, but it’s not a justification. 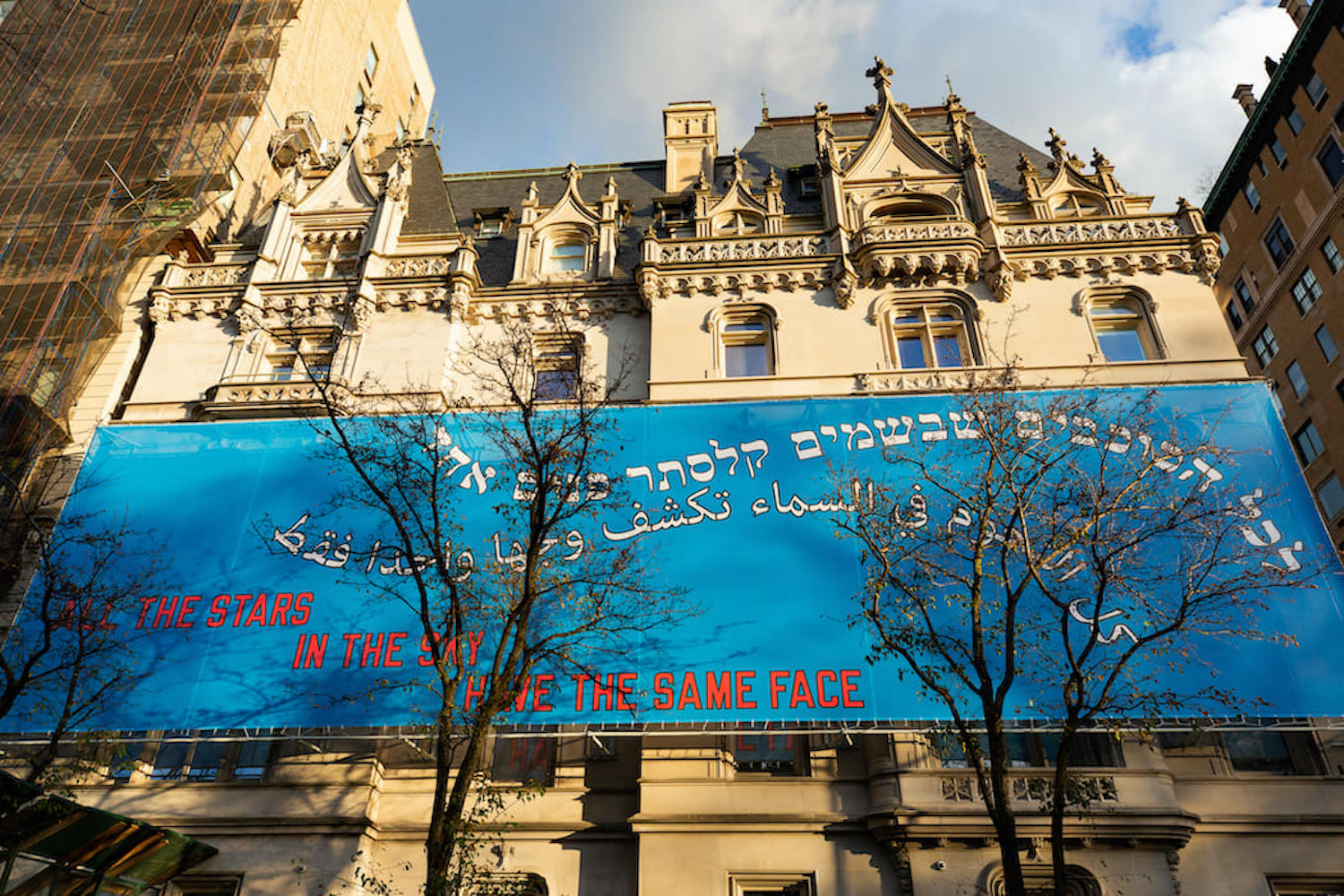 The Jewish Museum presented a temporary installation by artist Lawrence Weiner (b.1942, New York City). The artist’s All the Stars… 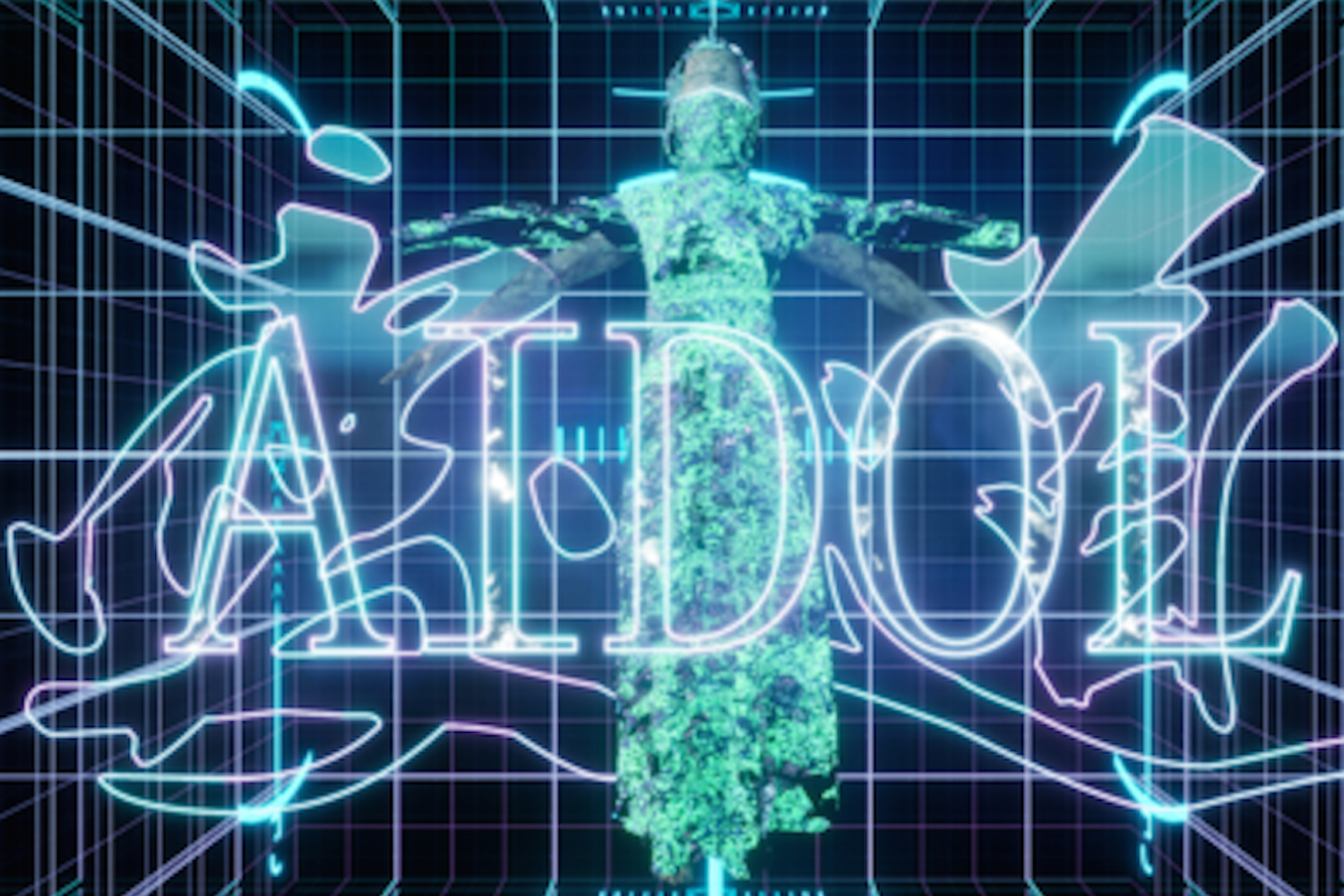 As part of Olafur Eliasson: Little Sun at Tate Modern, to be launched on 28 July 2012, visitors will be invited…

“Silence is the master,” says a voice translating from Arabic to English in Lawrence Abu Hamdan’s Saydnaya (the missing 19db)…