Every church had been gutted and its images burnt. […] The revolutionary posters were everywhere, flaming from the walls in clean reds and blues that made the few remaining advertisements look like daubs of mud. […] Crowds of people streamed constantly to and fro, the loudspeakers were bellowing revolutionary songs all day and far into the night.

Piisciiss, Nova, and Axid dance on the steps of the Colombian capitol, completely disarming riot police, unsure of the protocol for vogue. Credit: Piisciiss.

Las Paredes Hablan / The Walls Speak
“Yo moriré pero volveré y seré millones” (I will die but I’ll return and I will be millions) reads a mural in Barranquilla. Every time counterrevolutionaries paint over their art, protesters return the next day to repaint. Colombia’s general strike started in protest against far-right president Iván Duque and a regressive, since-defeated tax reform. Now entering its third month, El Paro Nacional has won significant victories. However, as the Inter-American Commission on Human Rights reports, protesters have faced “excessive and disproportionate” state repression. Since the general strike began on April 28, NGOs Temblores and INDEPAZ have recorded nearly 3,500 documented cases of police brutality; more than 1,800 arbitrary detentions; 44 alleged killings by security forces; 28 sexual assaults; 83 eye injuries, mainly from “nonlethal” police projectile weapons; and 346 forced disappearances.

Artists refuse to be silenced. “No nos van a callar” (They are not going to shut us up) is graffitied on the walls. Images and videos have flooded social media and world news outlets, every town and city, the fundamental infrastructure, the basic building blocks of Colombia, you see artistic defiance. Murals, sculpture, dance and performance, music and singing, everywhere, the roads, bridges, monuments, parks, ports, football stadiums, universities, on buses, outside government buildings, not in museums and galleries but on the street, in everyday public spaces.

Under a bypass in Cali, in massive pink, orange, and red lettering: “Paren el Genocide” (Stop the Genocide). Artists have twice repainted the mural after it was erased by an anonymous group wearing “No al Comunismo” t-shirts. Senator and presidential candidate María Fernanda Cabal turned up to support the counterinsurgents. Speaking to the gathering: “There is no fundamental right to protest, it is false. Life, mobility, work, the rest is a lie… Protesters only pervert, good is bad and bad is good.” Lying and corruption have long been endemic in the Colombian government. Injustice is met by state-enforced forgetting. In Bogata, stretched across two hundred meters of road, in bright white paint, the words “Desaparecidxs ¿Dónde están?”, referencing the number of Colombians forcibly disappeared: 80,000+ between 1958 and 2017 and more than 300 in the first twenty-three days of the Paro Nacional. Imprisoned or assassinated, the inscription makes their absence present, brings them into concrete reality, the here and now, right on the main road where it can’t be ignored, it demands the truth.

Conquistadors Crumble
Black and indigenous people have come under heaviest attack from Duque’s “death politics,” but racial oppression has a long history in Colombia. A year after Black Lives Matter activists brought down Confederate and slave trader statues in the US and UK, all over Colombia, countless effigies of European colonizers have been toppled. Christopher Columbus, Sebastián de Belalcázar, and Gonzalo Jiménez de Quesada fell in Barranquilla, Bogotá, Popayán, and Cali. At the Monumento a los Héroes in the capital city, protesters torched an equestrian statue of “liberator” and imperial despot Simon Bolívar. In the early nineteenth century, Bolívar led South America’s independence from Spain. However, as Arturo Chang and Catalina Rodriguez explain in the Washington Post, Afro-Colombian and indigenous people advocated for their interests by negotiating against both independence and Spanish rule, and were subjected to the genocidal violence of Bolívar’s forces. Liberal critics, so-called “Colombianos de bien,” call for “unity” and peaceful protest, condemning “acts of vandalism” and damage to “cultural heritage,” but for black and indigenous nationals, colonial statues are weapons of enduring, systemic racist violence and inequality. Statues are not objective records of the past. They can make a hero of anyone. To bring down totems of white supremacism, imperial territory markers, isn’t to erase history but to redraw the lines of public space, to free up new possibilities of community, to remake Colombia’s lived environment.

Puerto Resistencia
The city makes the people and the people make the city. Protesters renamed Puerto Rellena — now Puerto Resistencia — and constructed a twelve-meter-high sculpture, Monumento a la Resistencia. A hand reaching up out of the ground, raised to the sky, holds a sign: Resiste. Painted on the forearm below, the word LUCHA (struggle). A young protester reads from a history of Colombia titled Por Qué Nos Matan? (Why Do They Kill Us?). Inscribed across the book’s cover, a series of numbers: 1977, the year of the great Paro Cívico Nacional; 6,402, the number of extrajudicial killings between 2002 and 2008; 1312, code for All Cops Are Bastards; and 2021, the fight continues, built into the architecture of everyday life.

If I Can’t Dance, it’s Not My Revolution
Over the past months, the government’s regime has seen Colombia put to its knees but the protests have created the start of something that immediately seems worth fighting for. On April 28, at a protest in Bogotá, a group of vogue dancers created a viral video, an image of heart-swelling beauty and defiance. The ESMAD riot police, known for their aggression, were guarding the steps to the Capitolio Nacional, the seat of congress, the highest legislative body in Colombia. Axid, Nova, and Piisciiss, who all identify as nonbinary, made their way up from the crowd contained in the plaza below, their bodies wrapped in yellow tape with the word peligro (danger) on. You hear the music start: “Por Colombia Hasta el Fin,” a guaracha track Piisciiss produced. The ESMAD threaten to close in on the three of them when the beat drops. Piisciiss, Nova, and Axid pour forward, shifting their hips in harmony. The police look round in panic as the three dancers begin to circle. Sliding between their shields, they whip their hair back and forth, seductively caressing officers’ armor. Unsure of the protocol, filled with debilitating confusion, the police are completely disarmed. “We represent the trans and nonbinary people who are being murdered, who are being displaced and without any visibility,” Piisciiss told a news reporter. “Art is the most powerful tool to repel violence and hatred.” The crowd screamed: “In that moment we were all connected in the message of the struggle, the resistance, empathy, strength and love.” 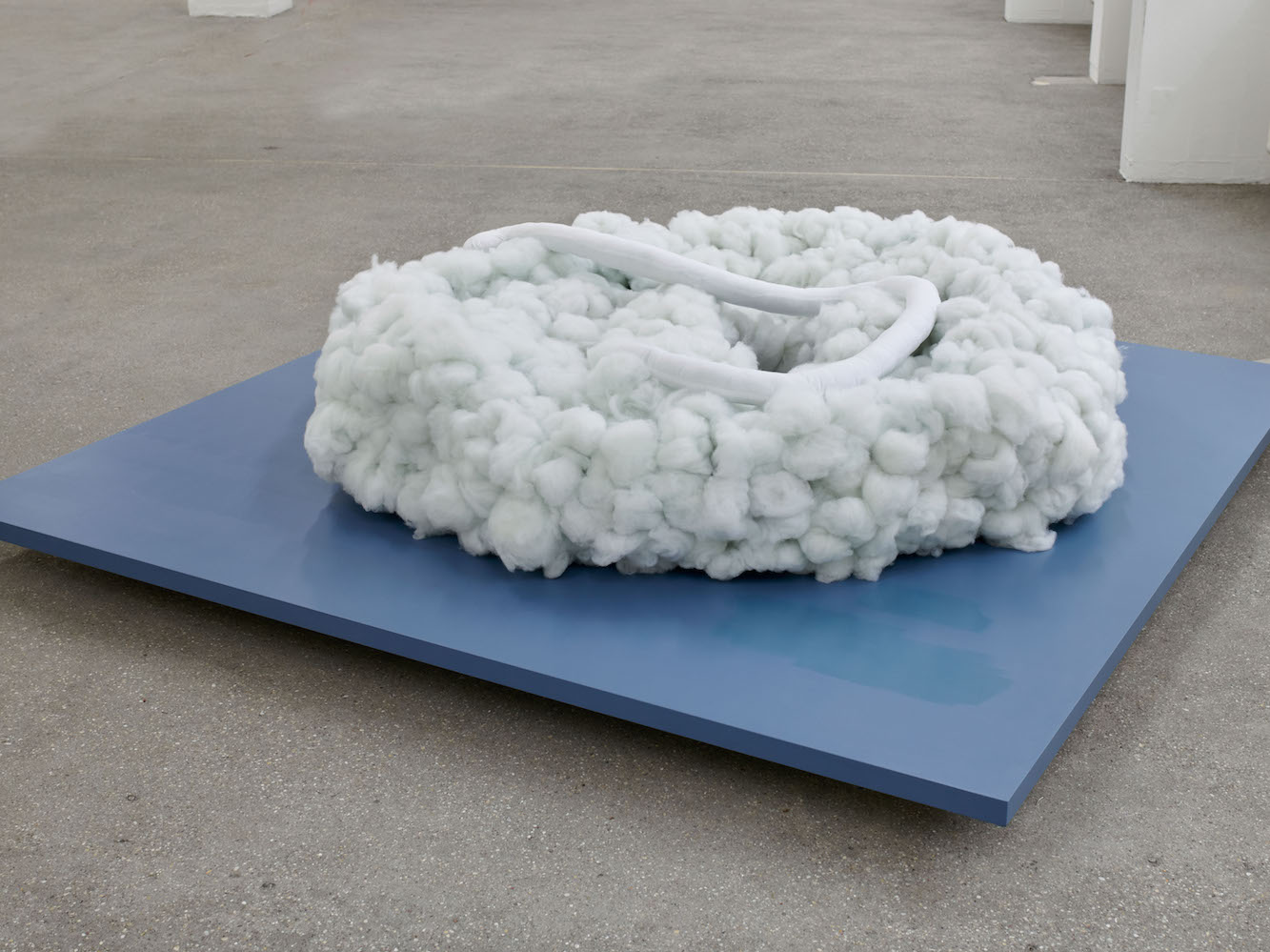 Our heritages bind us, socially and emotionally, to our intimate desires. This engaging exhibition confronts themes of humanity’s thirst for… 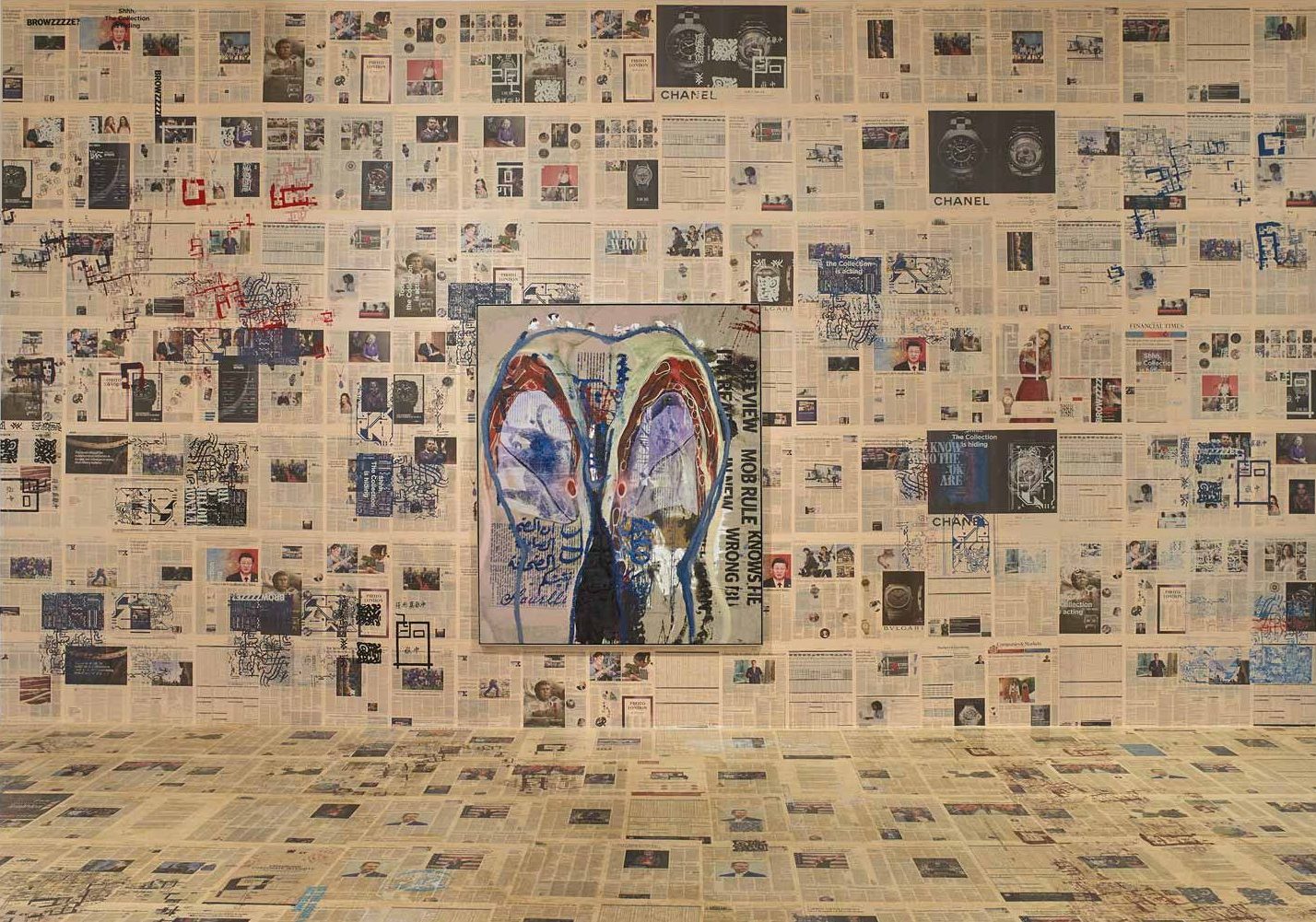 Mandy El-Sayegh’s research addresses some of the most burning questions that women (artists) have dealt with for decades: How does…

If, in a certain place, houses are made one way and barns are made another, there is a reason for…