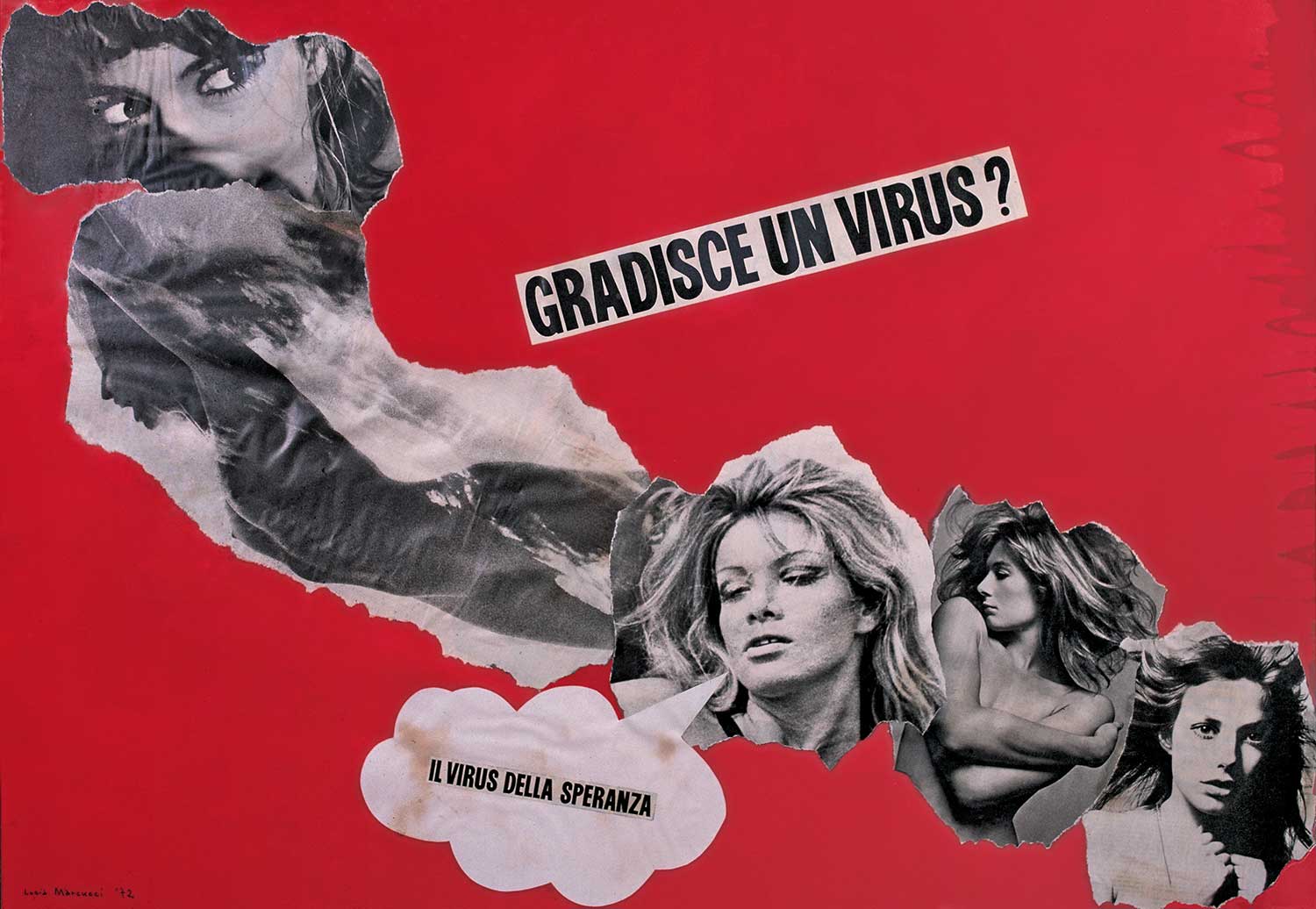 FM Center for Contemporary Art presents The Unexpected Subject. 1978 Art and Feminism in Italy, a new exhibition curated by Marco Scotini and Raffaella Perna, proposing for the first time a wide-ranging investigation and a precise reconstruction of the relationship between visual arts and feminist movement in Italy, identifying in 1978 the catalyst year of all energies in play (not only in Italy). The exhibition is realized thanks to the collaboration of MART Museum of Contemporary Art of Trento and Rovereto and Frittelli Arte Contemporanea, and opens during the Milan Art Week, in conjunction with miart, International Modern and Contemporary Art Fair of Milan. The exhibition is sponsored by Dior.

Media partnership and exibition catalog curated by Flash Art. The publication features a substantial part of unpublished artist projects published on Flash Art between 1974 and 1978, acting also as visual equipment of the works on display.

In 1978, with the exhibition Materialization of Language curated by Mirella Bentivoglio, almost eighty women artists – including Tomaso Binga, Irma Blank, Maria Lai, Lucia Marcucci, Giulia Niccolai, Anna Oberto, Mira Schendel, Patrizia Vicinelli – make their entrance to the Venice Biennale for the first time, loudly claiming space and visibility in a place traditionally very difficult for women to conquer. In the same edition of the Biennale, an anthological exhibition was dedicated to Ketty La Rocca, one of the leading figures of the Italian neo-avant-garde, deceased in 1978 aged 38 years, now part of important collections such as MoMA and Centre Pompidou. At the Magazzini del Sale, the Biennale also gave space to the “Immagine” group of Varese and the “Women / Image / Creativity” group of Naples. An important section of The Unexpected Subject, created in collaboration with the MART Museum of Trento and Rovereto, will therefore be dedicated to the figure of Mirella Bentivoglio and her Donation of Visual Poetry to MART, including many of the artists present at the 1978 Biennale.

This year also marks the closing of some important experiences related to art and women’s movement. In 1978 the group Cooperativa Beato Angelico in Rome, the first artistic space entirely run by women, interrupted its activities. This group was fueled by an important artist, Carla Accardi (after the end of her collaboration with Carla Lonzi). But 1978 is also the year of the international feminist seminar Comrade Woman: Women’s Question – A New Approach? in Belgrade and the first feminist exhibition in Wroclaw, Poland, First International Women’s Art Exhibitionorganized by Natalia LL. Many international women artists worked in Italy in those same years: Marina Abramović, Sanja Iveković, Gina Pane, Rebecca Horn, etc.

Still in 1978, Romana Loda, curator and gallerist of Brescia, organized The Left Face of Art, the last of some landmark exhibitions organized throughout the decade, including Coazione a Mostrare and Magma, in which Italian women artists were presented together with the most significant artists of the European scene: Marina Abramović, Hanne Darboven, Gina Pane, VALIE EXPORT, Rebecca Horn, Natalia LL and many others.
The Unexpected Subject. 1978 Art and Feminism in Italy will present for the first time one of the most interesting scenes of experimental research in the 1970s to the international public, highlighting the centrality of women in the Italian art scene of that period, and their exchanges with the artistic panorama of Europe and beyond.

The exhibition criticizes the mainstream historical-critical view that relegates women artists to a marginal position. The selection will privilege artworks that demystify gender stereotypes and reflect on the role of women in society and in late capitalist culture. The works will be lend by private collections and institutions, the artists and their archives and important Italian public institutions and museums, like the MART Museum of Trento and Rovereto, MADRE Museum of Napoli, CAMeC of La Spezia. The exhibition will also present a wide selection of printed materials linked to feminist movements – posters, fanzines, LP, together with photographs and photographic books, documenting the struggles for divorce, abortion and the law against violence shot by important photographers like Paola Agosti and Agnese De Donato.

The issues addressed in The Unexpected Subject. 1978 Art and Feminism in Italy will be further developed in the framework of Doing Deculturalization, the new exhibition that will take place at Museion in Bolzano from 13/04 to 3/11/2019. Starting from the thought of Carla Lonzi, the exhibition will present both historical and current artistic positions.