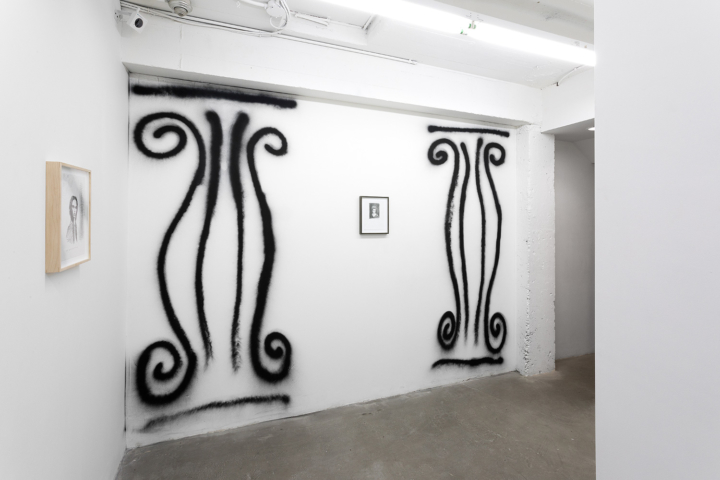 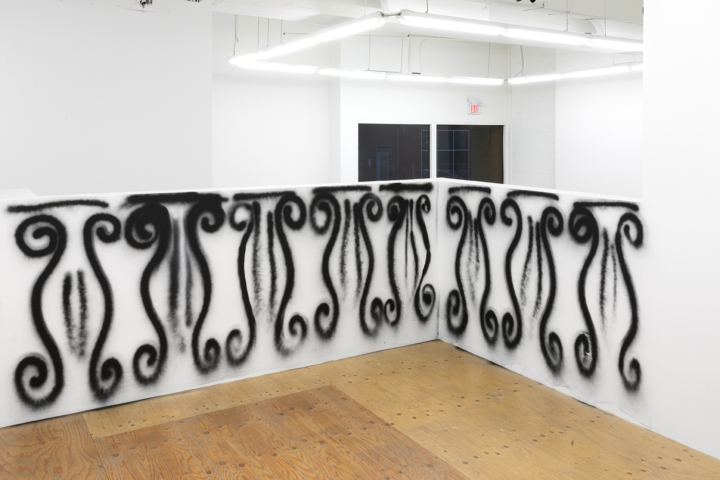 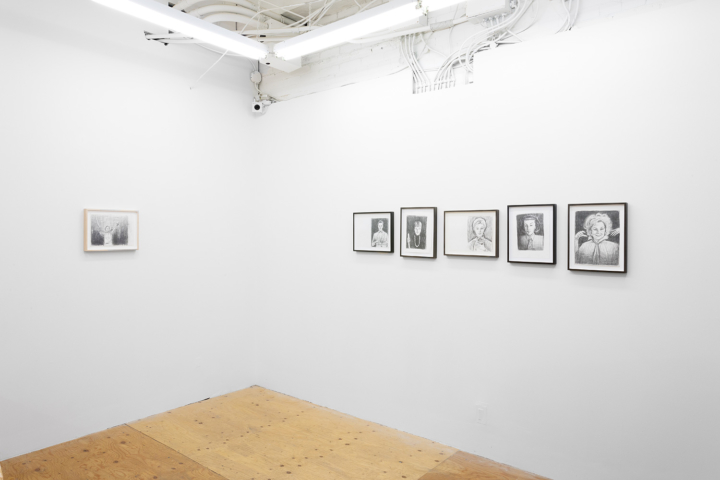 Black spray paint collects gorgeously on the wall, constituting the curvaceous outline of an Ionic column. Reappearing throughout the basement and mezzanine galleries, these architectural interventions mark G.B. Jones’s first exhibition in her home city in over a decade.

The image references her legendary post-punk band Fifth Column (1981–2002), and helps trace a line from her work during the band’s era, which includes films, zines, and music, to her ongoing and equally formidable body of drawings, the best known of which is the “Tom Girls” series. In the latter, Tom of Finland’s iconic muscular men are replaced by a world of women, reproduced with the same taut lines and shading style to capture voluptuous details of bodies foregrounded against detailed cruising sites. In her new series of modestly scaled graphite-on-paper drawings, the lines are much looser and yet their subjects remain louche: a gathering of real and fictional witches.

The exhibition title, “What’s Next is Close at Hand,” evokes the latent threat of an inevitable fate, and can be traced to the text scrawled beneath Jones’s portrait of Barbara Steele, recognizable for her roles as a witch in such Italian horror films as The Long Hair of Death (1964). Her cutting eyes look to our left, and amid the shading on her shoulder a faint coffee stain can be seen. The mark suggests a working routine that doesn’t separate art and life, where any casual surface can become a studio.

Although Jones sketches both Sybil Leek and Kim Novak as Gillian Holroyd from the film Bell, Book and Candle (1958) alongside animal companions (a perched bird and an embraced cat, respectively), the rest of the subjects are striking for their sangfroid and solitary stance. The one significant exception is the drawing of Eleanor “Ray” Bone, the British Wiccan. Brandishing a sword in her right hand and with her left-hand index finger extended, these two points frame her skyward gaze. Seven figures emerge from behind deep vertical lines that shade the space around her. Their features are muted, their names unknown. Like the infiltrative strategy after which Jones’s band was named, they too are columns: poised to maintain a struggle out of the spotlight, all in the name of support for one another and strategies of subterfuge yet to come. 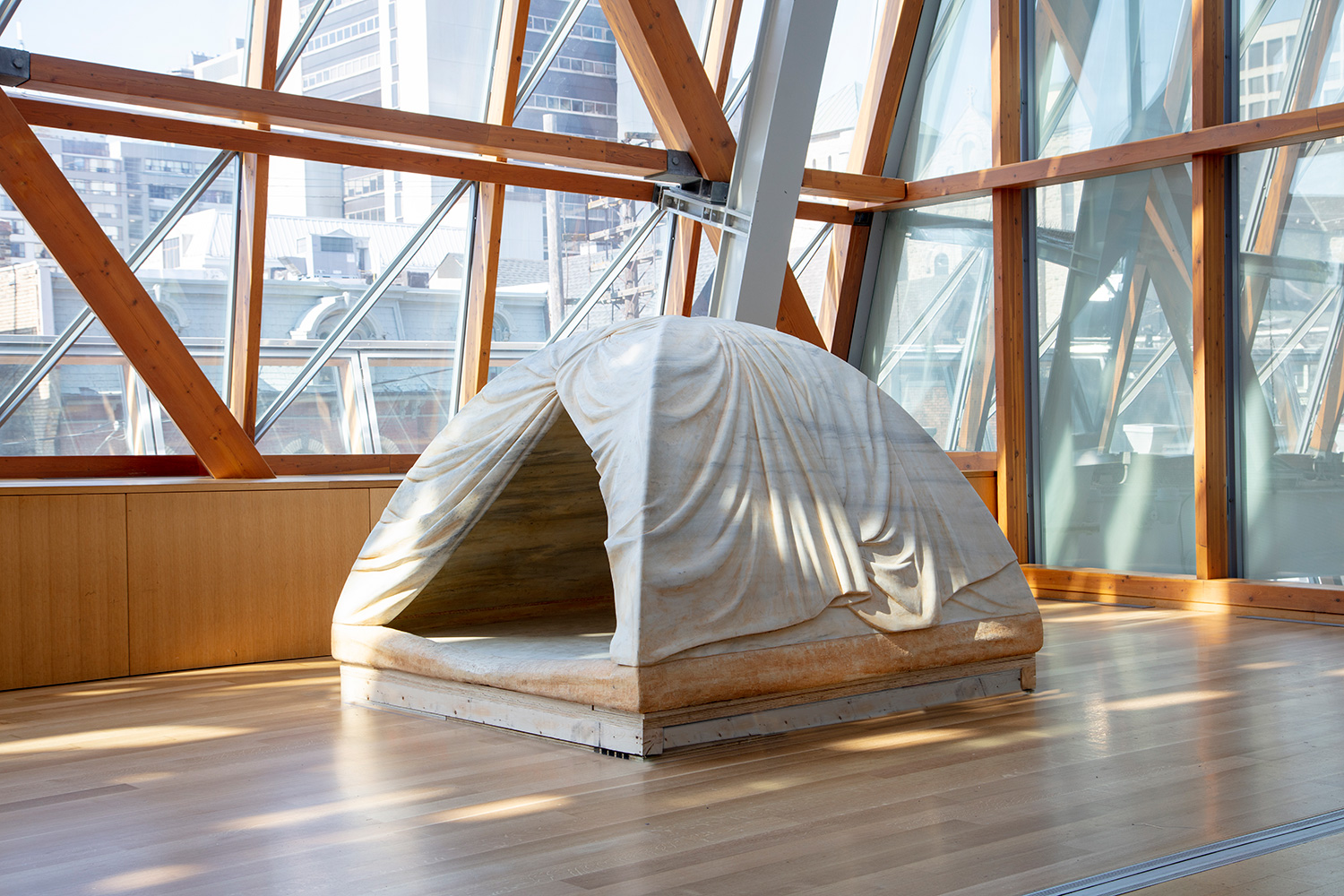 RAGGA NYC is a cross-disciplinary collective of Queer Caribbean artists and their allies. This growing network recently staged an eponymous…