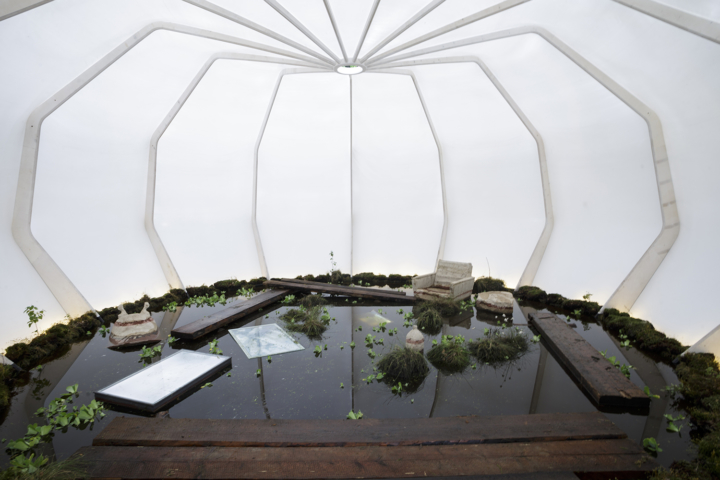 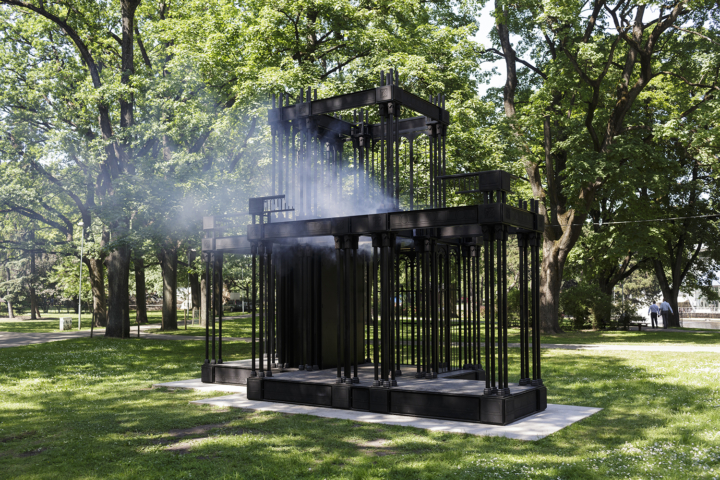 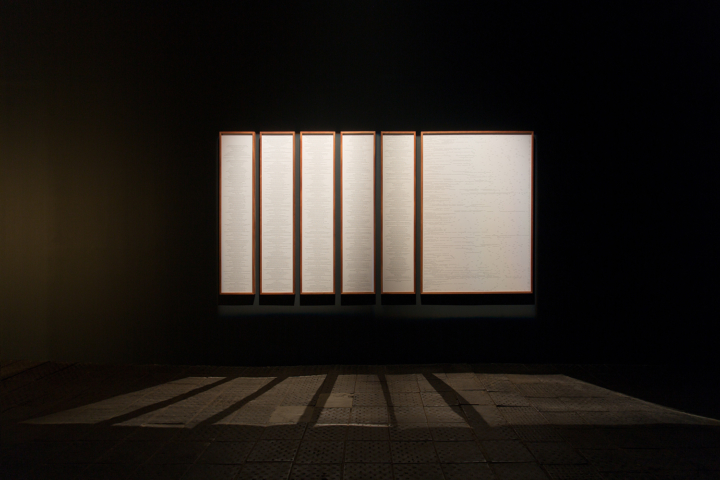 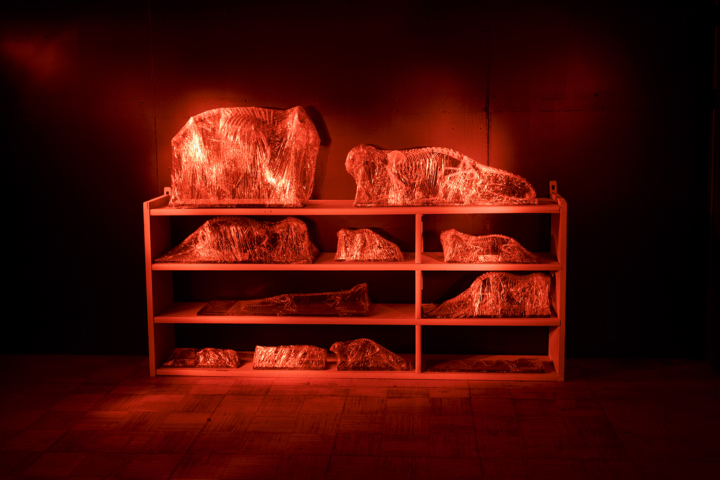 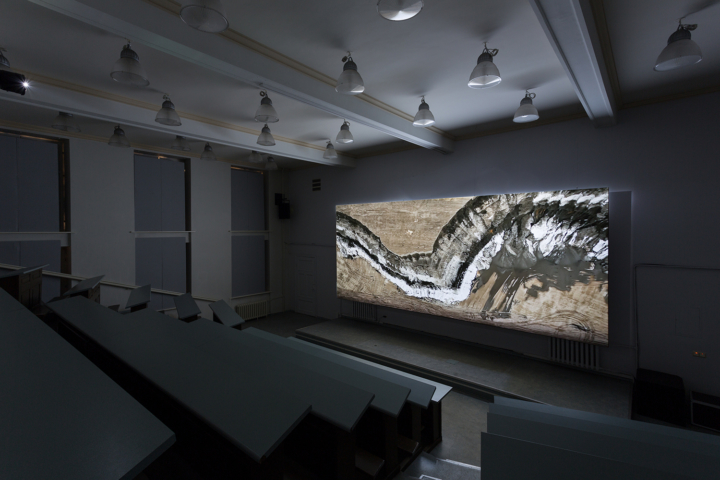 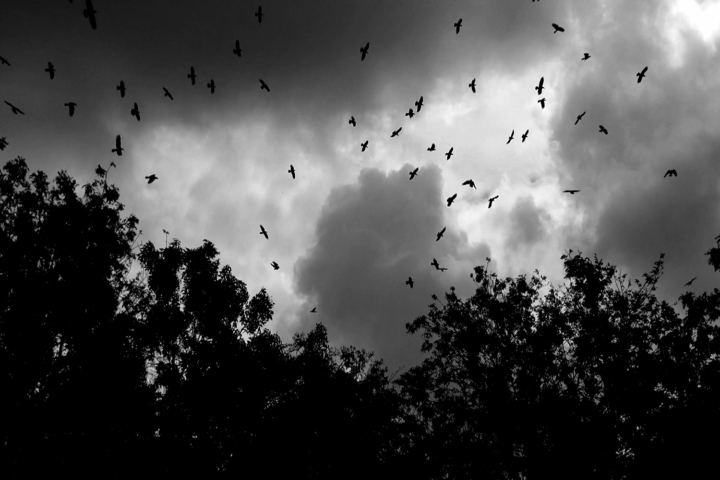 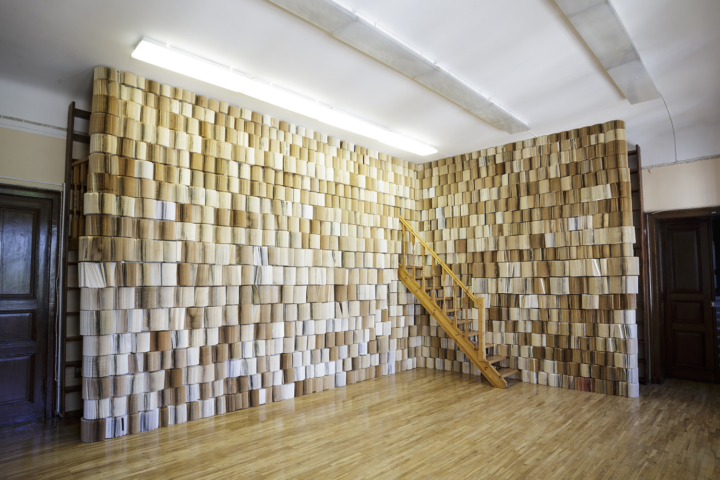 1
2
3
4
5
6
7
8
Nikos Navridis, All of old. Nothing else ever… 2018 (installation view). Courtesy of the artist and Bernier/ Eliades Gallery, Athens/Brussels. Photo by Andrejs Strokins. 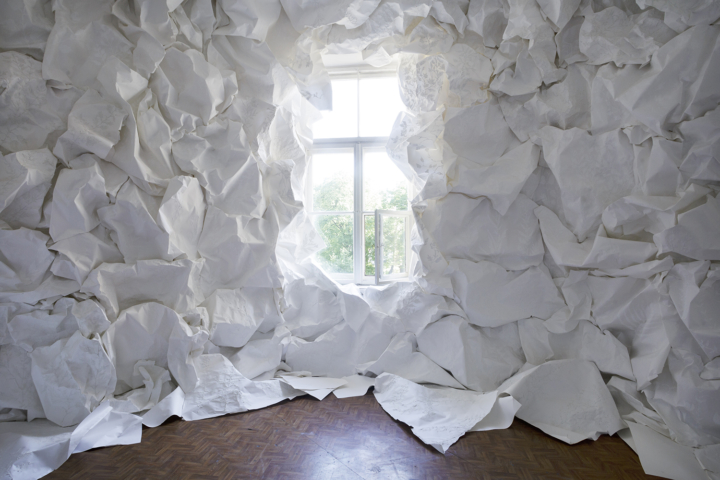 In his widely celebrated book Everything Was Forever, Until It Was No More, anthropologist Alexei Yurchak describes the paradoxical structure of Soviet subjectivity. Although the system was understood to be permanent, its unexpected collapse was received as a natural outcome. Appropriating this eloquent title, chief curator Katerina Gregos has consciously decided not to make another nostalgic or fetishistic show about the post-Soviet condition. Rather, she extrapolates the regional problems of post-Soviet Latvia onto the universal experience of change under late modernity. If in previous stages transformations were taken as traumatic and violent, today the condition of “shock” — similar to the “shock therapy” reforms that affected all post-socialist countries — becomes the new normal. Acceleration becomes so rapid it is as if “it was no more.”

The Faculty of Biology at the University of Latvia, the main exhibition venue, greets its visitors with the shocking sound of an electric charge clashing between two artificial apples suspended above a staircase, symbolizing the toxic marriage of art and science (Michael Sailstorfer’s Zwei Äpfel, 2017). Located throughout auditoriums, museums, and labs, the works question how change is experienced — both perceptibly and imperceptibly — under current conditions of ecological crisis and scientific innovation. As if following the Invisible Committee’s conviction that the main threat posed by humanity is not the disasters per se, but the mathematization of these disasters, some of the participating artists have aestheticized omnipresent methods of measurement and calculation themselves (Danilo Correale’s A Spectacular Miscalculation of Global Asymmetry, 2018, or Femke Herregraven’s A timeframe of one second is a lifetime of trading – I from 2013). Other artists, such as Julian Rosefeldt (In the Land of Drought, 2016) or Julian Charrière (Tropisme, 2016), instead try to reestablish a sensible connection with the outside world by demonstrating its vulnerability. In his essay film A Sense of Warmth (2013), Sven Johne narrates an eerie story of ornithologists secluded on a small island. After realizing ominous signs of global warming, the protagonist stops releasing birds captured in their nets, condemning them to painful death in order to help sustain more transient migrant species. The idea of “shock therapy” expands here from human to nonhuman economies.

At the second location, the splendid residence of Kristaps Morbergs, artists reflect on how the new order has affected spatial relations in urban environments and interior design. For his deliberately kitsch installation Selected Objects from Eurotique (2018), Henrike Naumann constructed an absurdist “euro-repaired” flat with a giant Euro sign applied directly onto a fake window. The refurbishment compensates for the alleged misery of living conditions under socialism, and here becomes a witty remark on European integration. At the former Bolshevichka Textile Factory and Andrejsala Harbor, topics of obsolescence, deindustrialization, and gentrification in European cities are expanded from inner spaces into a city-specific study.

Two other biennale locations — Sporta2 Square and the Zuzeum art center — treat acceleration as a shared existential, political, and performative dimension, as in the way new communication devices and social media platforms penetrate our daily life and transform our subjectivities. In a sound installation titled Dear R., R., K., S… (2018), reminiscent of Susan Hiller’s sonic environments, portable speakers of various chassis, brands, and sizes installed on tripods whisper opening phrases from email correspondences. In this way artist Taus Makhacheva studies the human voice as it becomes automatically apologetic and confessional under constant time pressure. In his research project Euthanasia Coaster (2010), Julijonas Urbonas demonstrates accelerationist sensibilities with a concept for a steel roller coaster designed to kill its passengers via fatal plunge into an ultra-rapid terminal spiral.

Trying to satisfy a mixed audience, the Riga Biennale masterfully balances austere retrospective art and accelerationist or post-internet aesthetics. But after seeing all of its projects, the trope of acceleration begins to feel like a somewhat meaningless hot topic. Urging viewers to respond to a range of global issues, the exhibition sometimes disregards or synecdochically simplifies local conditions of inertia. In particular, there is a recurring focus on “Putin’s assertive presence in the region,” culminating in Johne’s Dear Vladimir Putin (2017). As if dragged by an external locus of control, the show ignores Latvia’s own inner discomfort. The only work that touches on the current discrimination against the Russian-speaking population is the delicate Pidgin Tongue (2018) by Stine Marie Jacobsen, who constructs a hybrid language of Russian and Latvian together with children. While glorifying an “epoch of the nanosecond,” the Biennale hides its counter — stagnation, deceleration, and regress. Here, the exhaustive overflow of works and abundance of information make acceleration the very modus of art apprehension. 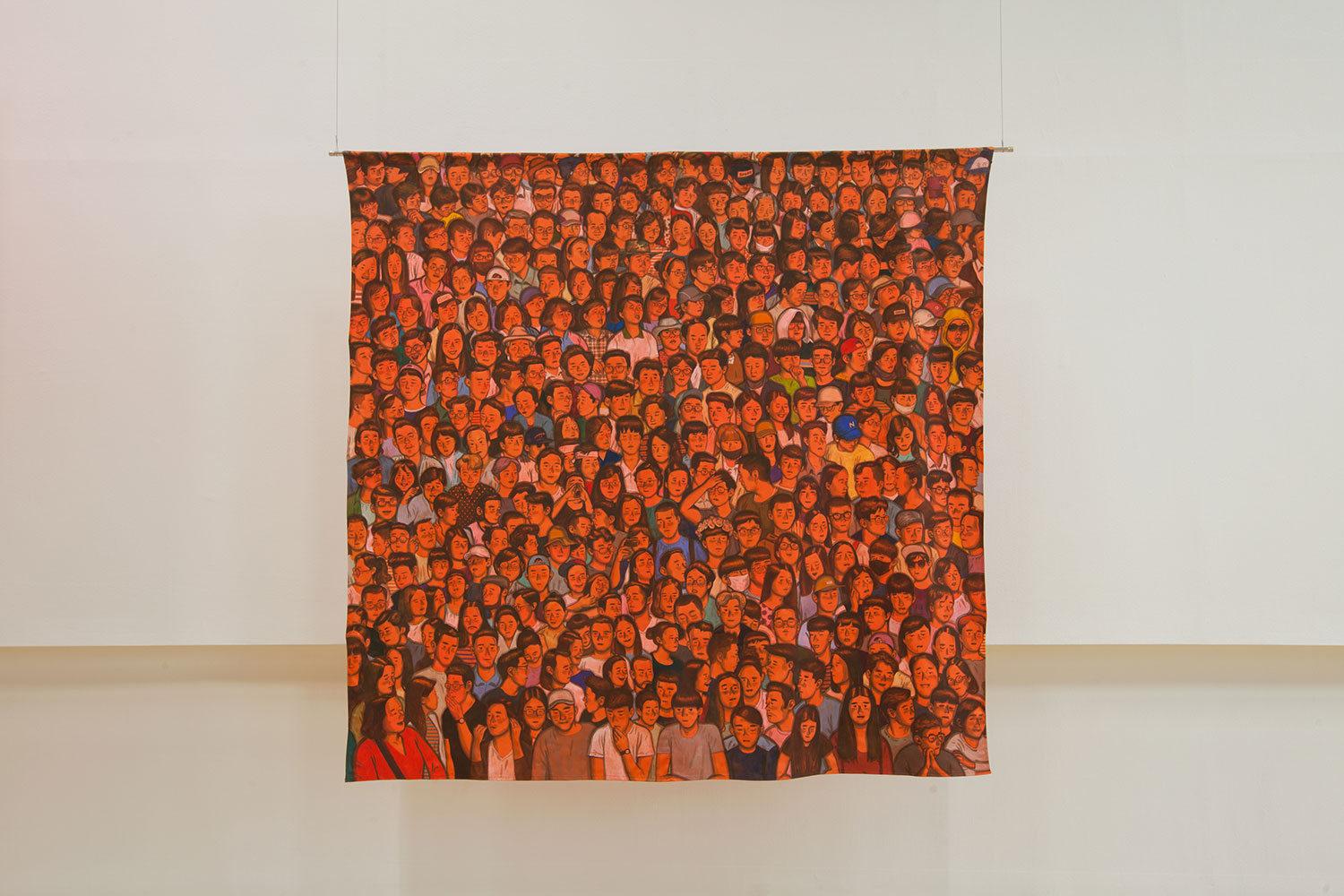