-Hafiz, for your sake, entered this tale-

Walk with him, say farewell, he’ll tear the veil.

My trip to Tehran was confirmed around the time President Donald Trump decided to withdraw from the Iran Nuclear deal. Some might argue this would not be the right time to visit Iran, but somehow my timing could not have been better. The first reason for my trip was to visit Hamidreza Pejman, a young, local Renaissance man who is behind the foundation that carries his family name, Pejman. The foundation is divided into three locations: the first, Kandovan, is a nonprofit space and residency that aims to promote international exchanges by hosting foreign artists, curators, and critics. The space is often used to host workshops and talks, and it will also be my home for a week in Tehran, while I prepare for a talk and meet the local art scene.

A few minutes away from Kandovan, the second location of the foundation is a former drink manufacturing facility called Argo Factory. Built in the early 1920s, this fascinating brick building’s smokestacks dominate the Ferdowsi neighborhood, named after a nationalist poet (Iran celebrates its poets as much as, if not more than, its gods). Currently undergoing heavy renovations under the direction of Ahmadreza Schricker, the site will feature an exhibition space, bookshop, and café, all scheduled to open in 2020.

The-third space is the Café Musée Project, another non-profit organization located inside the Tehran Museum of Contemporary Art (TMoCA). The museum was stylishly designed in 1977 by architect Kamran Diba, and houses a spectacular collection. I notice a pair of Giacometti sculptures beneath a Calder as I wander the spaces. The sculpture garden is a gem and includes works donated by sculptor Tony Cragg. 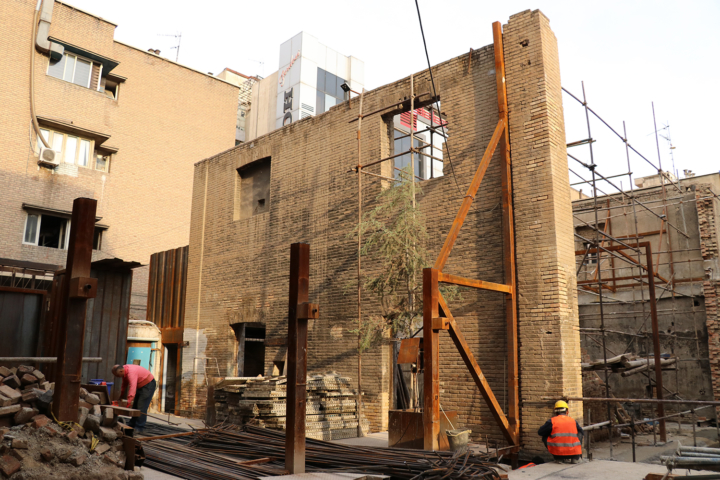 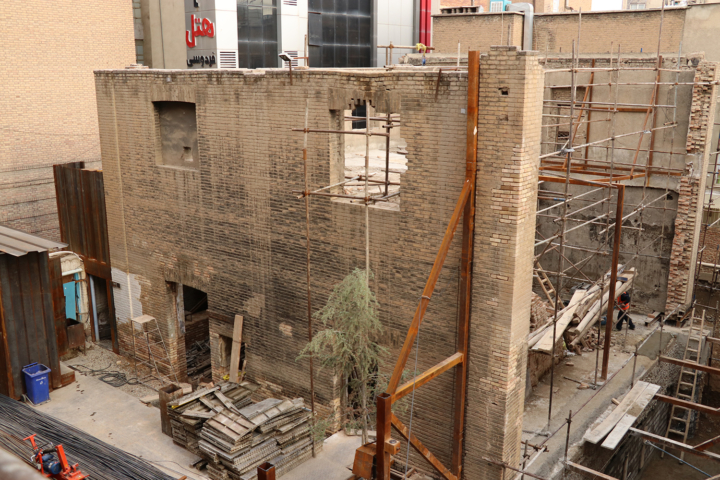 Tehran is massive, spanning 1748 square kilometers and with a population of more than fourteen million people. Traffic can be a little intense, but not more so than any other large metropolis. There is a weird energy, a chaos that somehow makes total sense-Inspired by the environment­-I ask the foundation to organize a series of studio visits with local artists. And that’s where the surprises begin.

The first stop is the studio of Nazgol Ansarinia, whose work focuses on the complexity of a fast-growing city in a country that quickly transitioned from a rural to an intensely urbanized state following the Iranian Revolution. This is followed by a visit with Yousha Bashir, a multimedia artist whose obsessively complex body sculptures will haunt me for the remainder of my Iranian nights. In Bashir’s studio, I notice a wonderful painting by Hoda Kashida, whose show at Etemad Gallery goes onto my agenda.

The following day I meet Neda Razavipour, a multimedia artist whose work best encapsulates the anxiety that characterizes being an artist in Iran. I learn so much in her studio, and I’m seduced by her unique performances and drawings. Following an hectic schedule, I also stop at Nima Zare Nahandi studio, an incredibly skilled drawer. But the more artists I visit, the more I realize that this trip won’t be long enough to see everything; I’ll need to come back.

Sina Choopani is my last studio visit. His critical approach to both Iranian and Western pop culture leaves me wondering about how the local art community manages to operate in isolation. Sina gives me a sticker with a portrait of Pasolini on it, which reminds me that I have to leave for Isfahan, the city where the director filmed parts of his Arabian Nights (1974) (— as movie experts at Pejman reminded me). Once in Isfahan, in the middle of Naqsh-e Jahan Square, and before Sheikh Lotfollah Mosque, I start to question the so-called supremacy of the Western world. The-incredible-beauty and sophistication of Tehran leaves me speechless, and there’s no more room on my phone for pictures. No words can describe the magic of Isfahan, and as I walk through the streets, bumping into mosques and churches, I’m reminded that this was once one of the most cosmopolitan cities in the world. 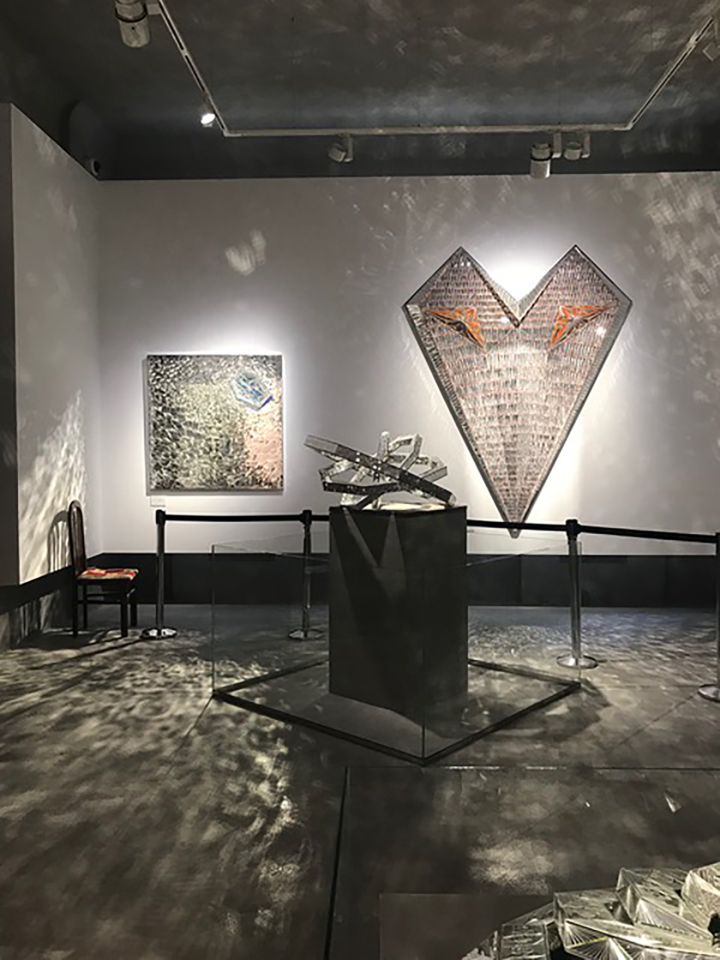 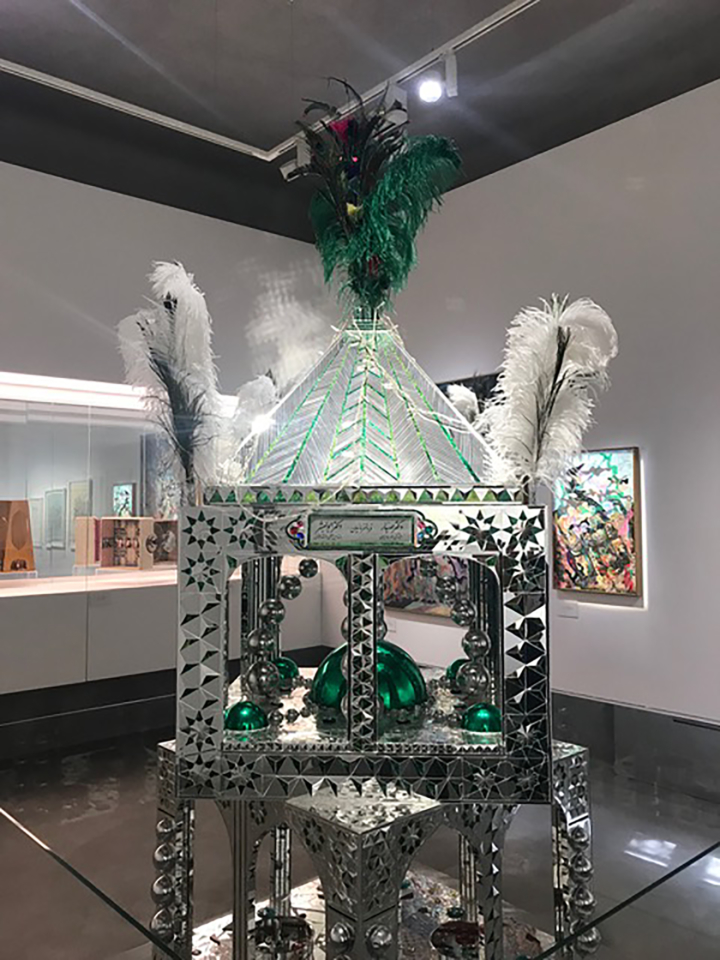 Back in Tehran, I am ready for my talk at the Pejman Foundation’s Kandovan building. I will be joined by Hormoz Hematian, owner of Dastan Gallery, one of the edgiest spaces in Tehran, representing artists such as Sam Samiee, Ardeshir Mohassess, and Amin Akbari. Hormoz started as an engineer before falling in love with art and spinning an interesting web of events, spaces, and out-of-the-box projects like Dastan +2, Dastan’s Basement, and the Electric Room pop-up. Throughout our conversation, we explore different ways of starting a gallery and integrating within the community. The room is packed, and people seem curious. Broaching the subject of art in Tehran, I quickly realize that we are only at the beginning of a much broader conversation. I haven’t met enough artists, visited enough galleries, or met enough people to understand the local circumstances well enough to give a constructive analysis. I know I must return.

Pejman brings me to the Monir Museum, opened in 2017 in honor of Monir Shahroudy Farmanfarmaian. Dedicated to a female artist, it’s the first institution of its kind in Iran. Now ninety-five years old, Farmanfarmaian once traveled extensively throughout Iran, exploring her interests in traditional craft and modernism. The museum is located in the Negarestan Garden, where a collection of classical pieces, including enigmatic portraits of Jafar Petgar, is also on display.

My two guides, Shakiba Abdollahian and Ali Hassan Zadeh, bring me to the very last stop of the trip: the Tehran Fine Art School directed by Ehsan Aghaie, a facility that can only accept 120 students at once due to its basic infrastructure and tight resources. The enthusiasm of its manager is contagious; he is probably the thirtieth poet I’ve met in less than five days. Perhaps because this is the end of the trip I’m beginning to feel very emotional. I begin wondering how isolated Iran actually is, or how commercial Western society might prefer to keep Iran in isolation.

During my time in Iran, I came to understand that the power of people and the individual takes precedent over the sometimes-absurd logic of supposedly dominant countries. The art community offers a diversity that makes Tehran a true reservoir of creative, independent practices. The real oil of Iran is its poetry. Nobody can dominate or imitate it. I did not see victims in Tehran, just gentle, elegant, and proud fighters.