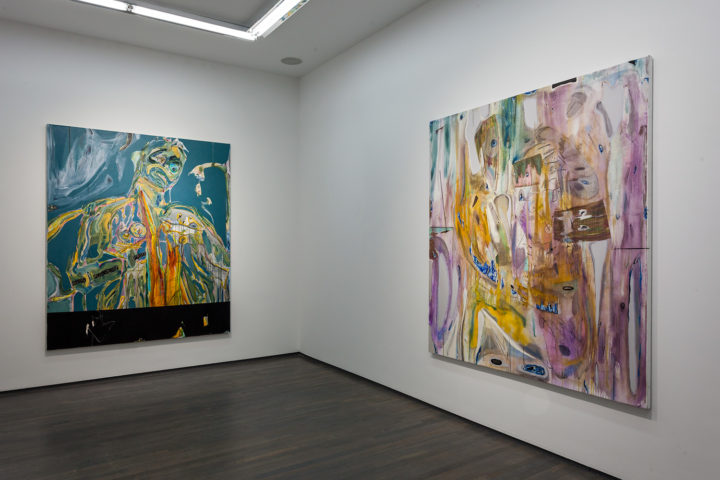 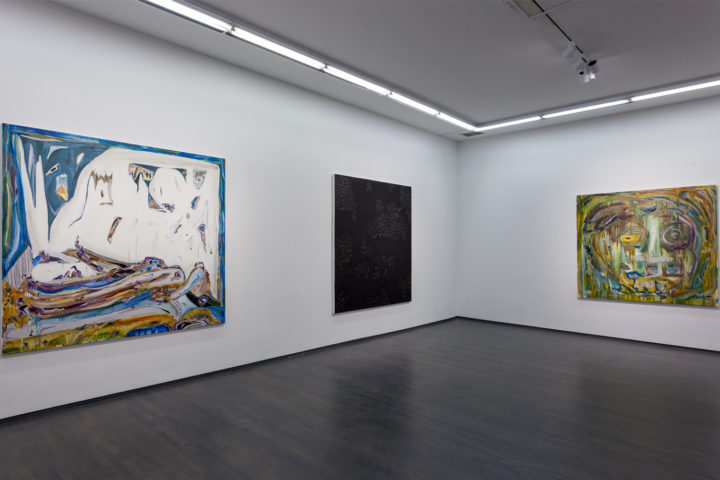 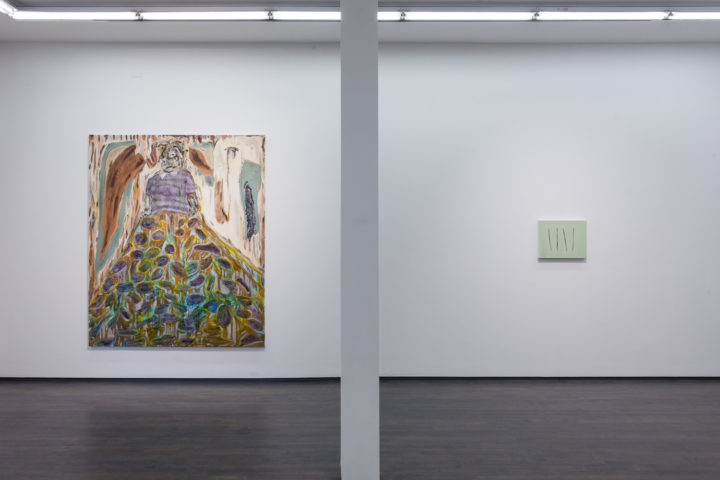 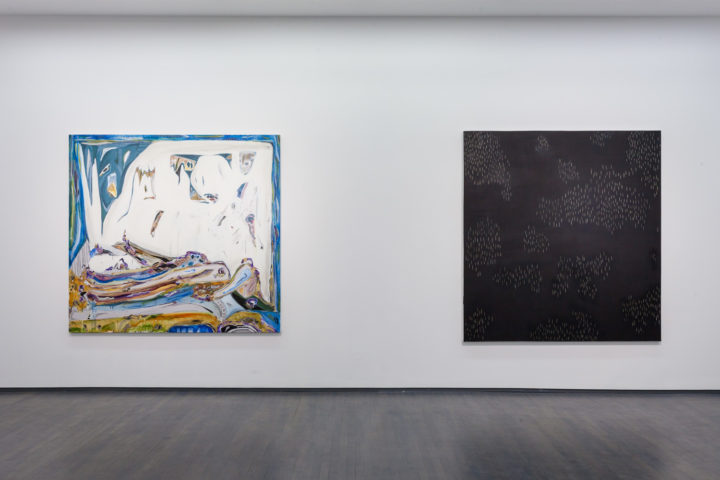 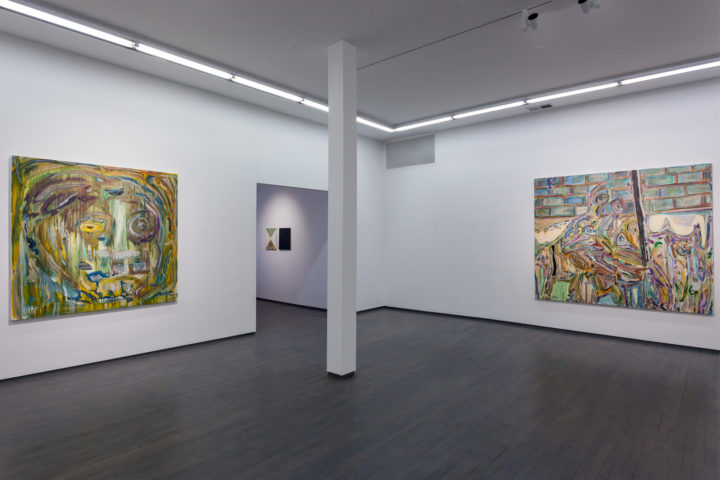 In what is the artist’s stateside debut, staged at Kavi Gupta, painter Manuel Mathieu presents a new body of work that expands upon his ongoing multilayered research into trauma and memory, and by extension solitude and vulnerability. These poignant and emotionally confrontational paintings leave a piercing impression.

The exhibition, titled “Nobody is Watching,” comprises seven large-scale paintings and a triptych of three smaller drawings that subtly balance the line between figure and abstraction. They recall the work of the late Francis Bacon, from whom Mathieu draws influence. Forms resembling the human figure seemingly suffer in isolation (Selfish Thinking, 2017) or in dark, ominous compositions (Study on Vulnerability, 2018). These paintings are the product of a labor-intensive process known as frottage, in which paint is first applied to the canvas before the artist methodically alternates between scraping off existing layers and adding fresh coats.

Born in Port-au-Prince, Haiti, in 1986, Mathieu is naturally influenced by his home country’s complicated political and social history. Thus, while the show at Kavi Gupta does not explicitly focus on Haiti itself, one can sense how the intense environment in which Mathieu grew up manifests itself in his work: the acutely human experiences of memory and trauma, and the raw vulnerability inherent within them.

The delicate subtext is intensified by the artist’s brush with death when struck by a speeding motorbike while studying in London at the Goldsmiths MFA program (from which he graduated in 2016). The accident severely impacted Mathieu’s memory, leading to a four-month hiatus from painting while in recovery, providing ample time for contemplation preceding his comeback.

“Nobody is Watching” refers to this period of introspection and recuperation in which Mathieu felt isolated amid his own thoughts. As such, the exhibition is a highly personal meditation upon the concepts of trauma and memory, which ultimately translates into a cathartic exercise in self-reflection. Because the questions raised in his practice are so intimate, ingesting the works is a highly affective undertaking in which images linger in one’s memory long after exiting the gallery space.

From September 22 through 25, the fifth edition of the EXPO CHICAGO art fair will take place at Chicago’s Navy…