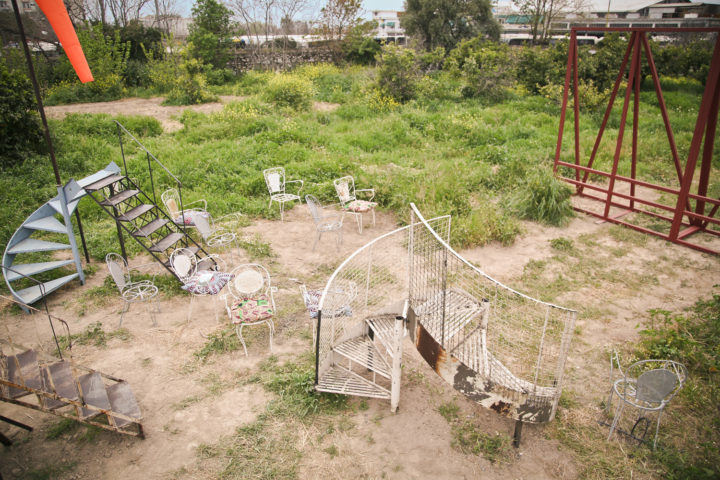 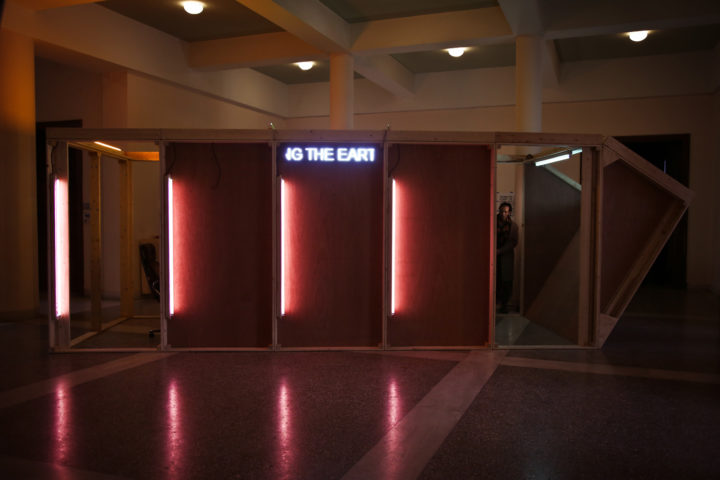 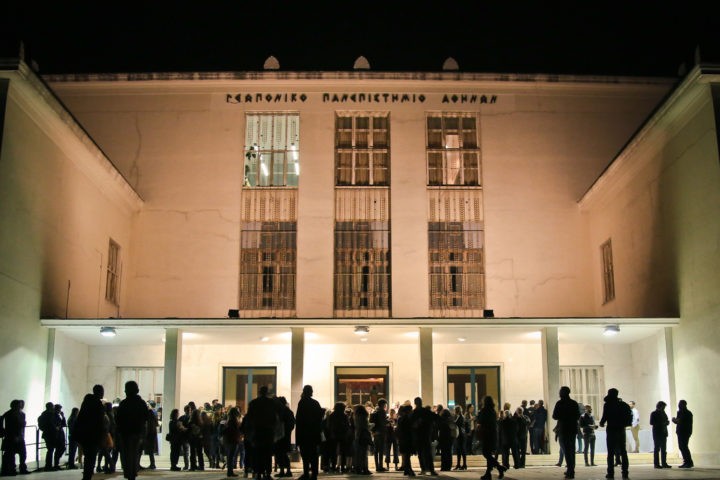 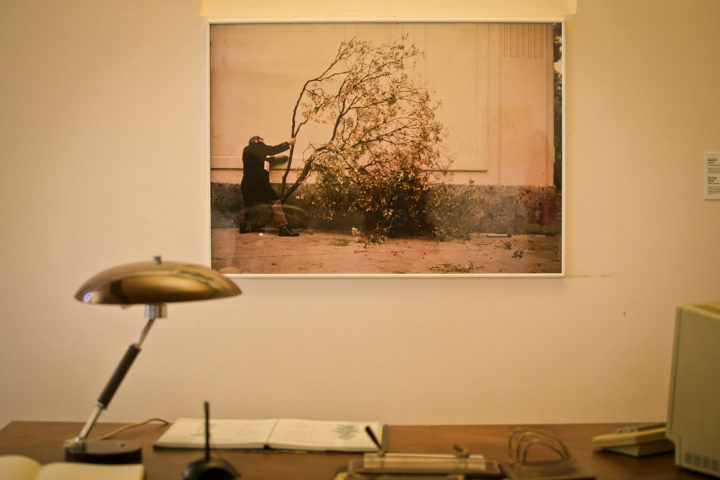 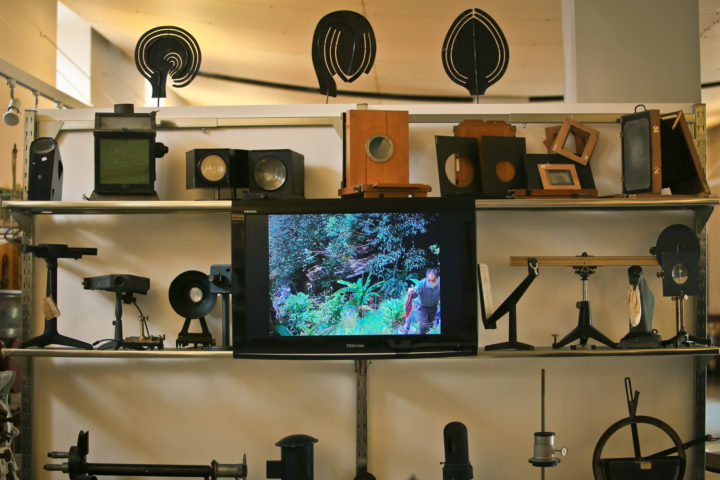 For a city not known for its green spaces, Athens is in fact blessed with unassuming archaic parkland in its center, is surrounded by forest on three sides (it is enclosed by the sea on its fourth), and offers scattered pockets of green throughout the city. One of these oases is the Agricultural University, boasting sixty acres of campus, and which for the next three months plays host to “Geometries,” an ambitious group exhibition curated by locus athens and produced and organised by the Onassis Cultural Centre.

Alongside the University’s vineyard, aquaculture laboratory, and compost unit lies the Museum of Agriculture, in which the majority of the exhibition is housed. Guided by the overarching theme of the environment and man’s relationship to it, the selected works draw from the oeuvres of modern and contemporary Greek artists, established artists from abroad, and other emerging creators. Arranged among the existing informative assemblages of floral cuttings and utilitarian artifacts are works such as Thanassis Totsikas’s untitled layout of dozens of curious handmade blades and scythes (2018), and the cryptic Abstract Painting (c. 1970) by Angelos N. Goulandris, co-founder of the Goulandris Natural History Museum, which places enticing black circles within a tangle of colorful connecting lines.

Networks, groupings, and series align the works in this exhibition. Federico Herrero’s thirty-three monotypes titled Body Geometry (2018), with their progressions of overlaid color blocks and organic curves, present a straightforward but effective discourse on our movement through the natural world; a single photograph by Yto Barrada, La Serviette Rose (2009), provides a more mysterious glance into this dialogue, depicting a figure seated in a garden alongside a pink towel, a site from which, perhaps, the photographer has risen to snatch a memory of our fleeting and finite relationship with the green; and Paky Vlassopoulou’s collection of ceramics suspended from steel frames by lengths of cabling seems, in its precarity, to reflect on man’s use and misuse of natural resources.

Other works more directly discuss the Museum’s own surroundings and archive. Natasa Biza’s For all Party Occasions: Object Lessons (2018) displays photographs of a number of cooking utensils sent to Greece “for unknown reasons” (reads the wall text) as part of the Marshall Plan, and for many years stored at the Museum. A neighboring architecture practice, Kassandras, have constructed and installed a sound studio within the main university building, A Knee on the Ground (2018), which will host local contributors to utilize it as they please, encouraging further networked interpretations of one’s surroundings.

Reactivating the venue for many Athenians, most of whom would not have had much reason to visit the University otherwise, is in itself a great success of the exhibition. But significantly the works themselves consistently articulate a message of skepticism and environmental awareness, enhancing and enhanced by their surroundings.

Once ushered into the dark chamber there is a flush of sound. For self-defense, “The Warplands” is an exhibition pared…

Last year Art Athina, the more-than-forty-year-old fair of the Hellenic Art Dealers Association, got a last-minute overhaul: two months before…