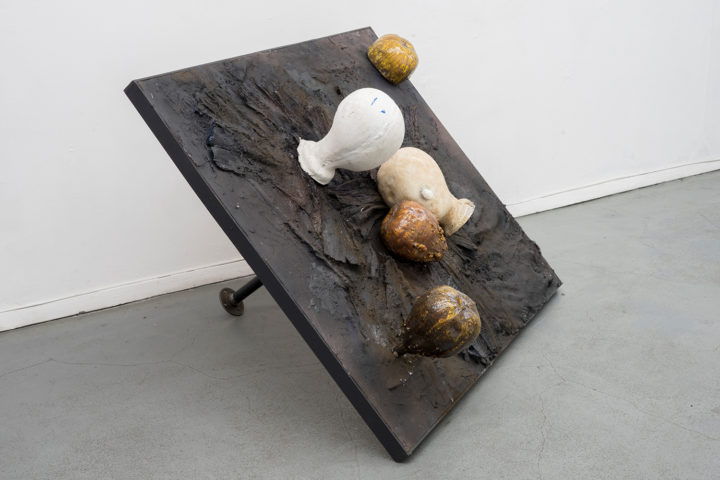 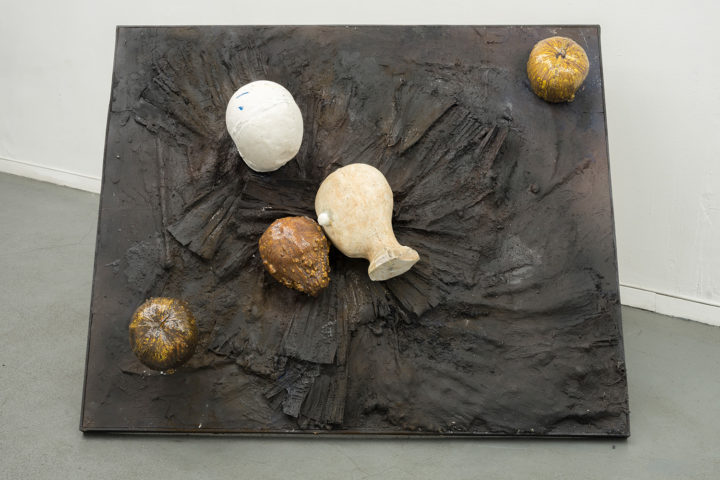 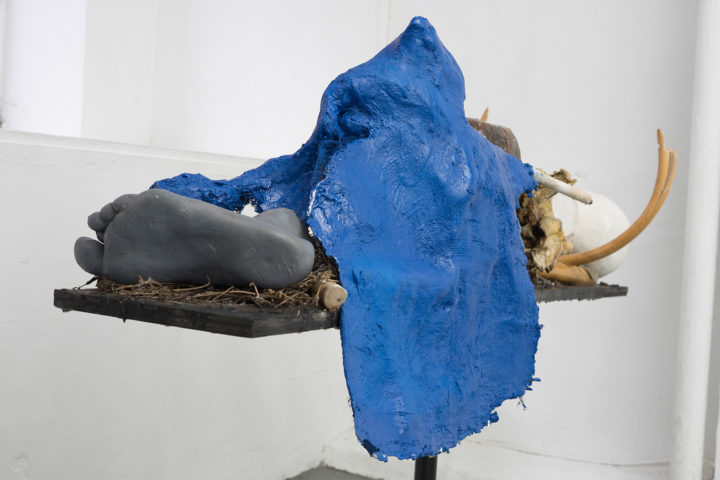 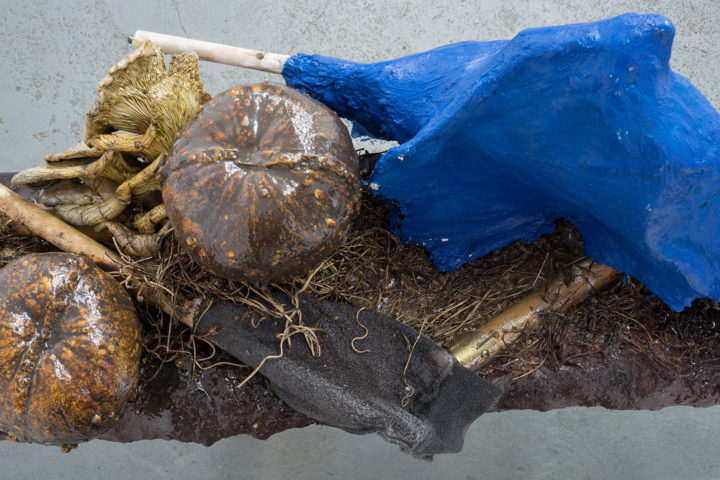 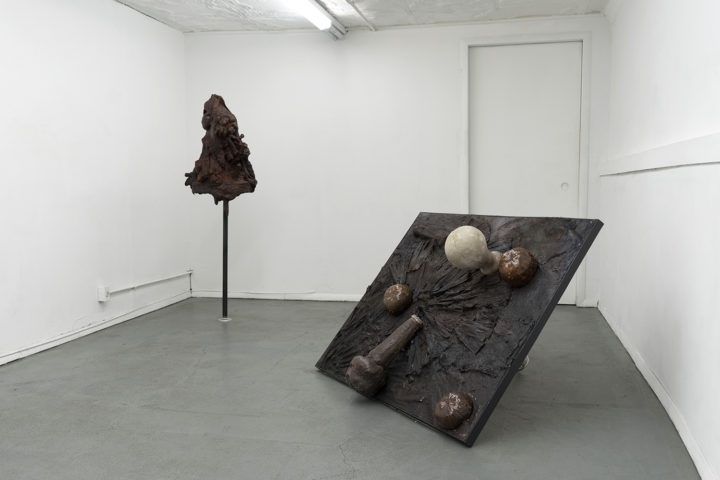 Brandon Ndife’s current solo show at Shoot The Lobster, “Ties That Bind,” looks a little like a tar pit and has the distinct air of a crypt. Across four sculptures, mud, gourds, and anthropomorphic relics unravel in an oily muck that could have been dug up from a hundred feet underground. The world, in all of its mutating protocols and contradicting processes, is not mythical or speculative but present and in disarray, caught in a moment of eerily creeping petrification.

Ndife’s exhibition text situates this evocative array of materials among contemporary conversations about the “entanglement” of myriad life forms, which highlight the interdependencies between people, plants, animals, bacteria, and nonliving entities such as rocks and minerals. As Sylvia Wynter, Che Gossett, and others have argued, most conceptions of entanglement treat the Human as a fixed and universal category instead of one constructed by transatlantic slavery and still actively contested in political, scientific, and legal spheres. The show is striking for the ways it uses assemblage and superimposition to foreground the fact that the categories of “object,” “subject,” and “Human” are defined by (anti-)Blackness.

The Gleaner (all works 2018) fuses a hoodie and steel piping with something resembling a resin sea anemone. Cast in hydrocal, the sweatshirt’s folds are half glistening metal bust, half slime ASMR; Ndife hints at the symbiotic dependence of autonomous  life forms by soldering them together. Meanwhile, Globetrotter suggests the multi-century accumulation of a dismembered corpse, bound together by winter oyster mushrooms, reeds, dirt, and scraps of wood. The title recalls both the Harlem Globetrotters and Blackness as global commodity. By staging a more nuanced examination of interspecies cohabitation over vast time scales, Ndife’s work reminds us that abolishing the Human would require destroying anti-Blackness, and that this shared imperative is what truly sets the parameters of entanglement.

Instead of creating from the position of “Human,” which, Frank Wilderson writes, Black people have been denied, Ndife’s works come from a negation of positionality that Wilderson calls “objective vertigo,” namely, “a life constituted by disorientation rather than a life interrupted by disorientation.”1 Native to… evokes this vertigo with its aleatory internal logic and tilted positioning in the gallery, resembling two  tables thrown on their sides. The viewer is compelled to peer over foam mannequin-like heads, a partly submerged bone, and a painted wooden surface, creating a sensation of groundlessness in the face of sedimented flotsam held together mid-fall.

by Charlie Markbreiter and Alexander Iadarola