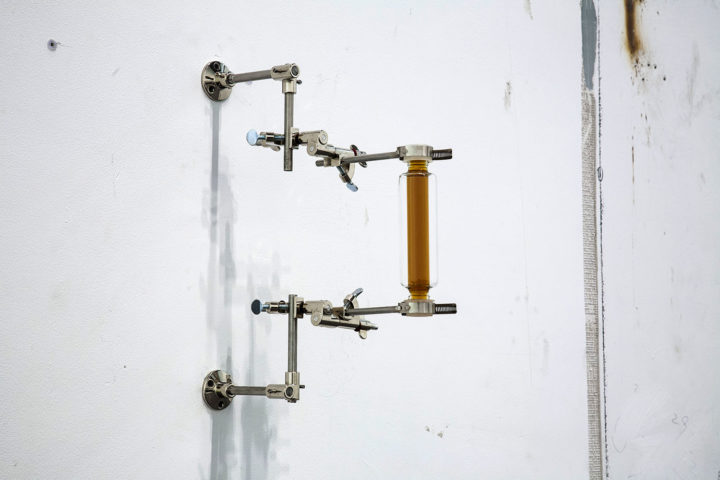 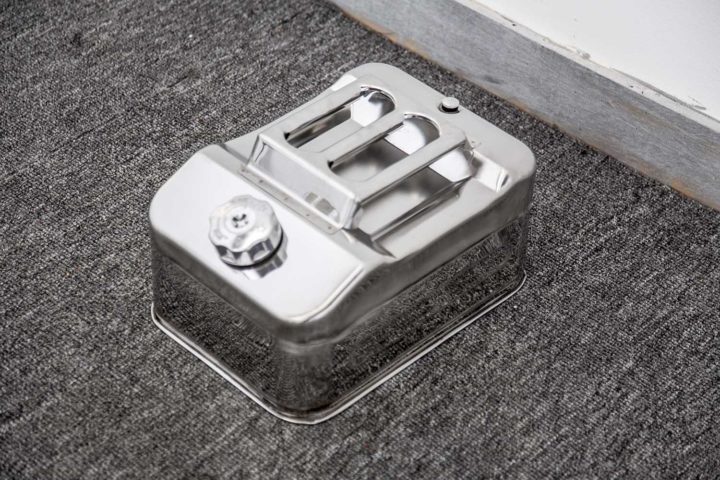 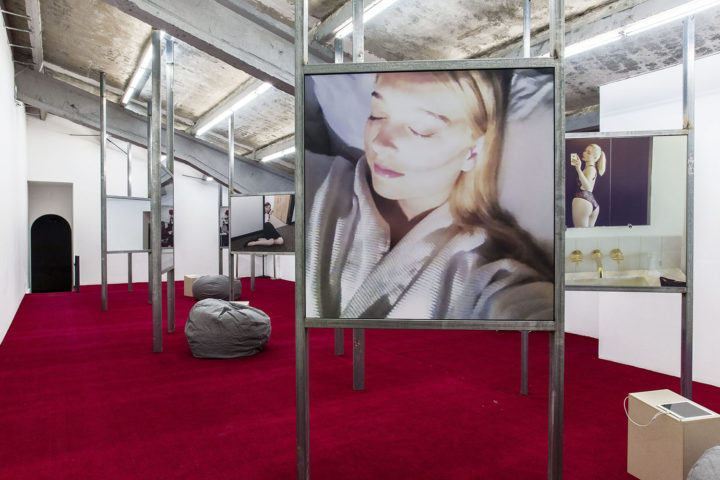 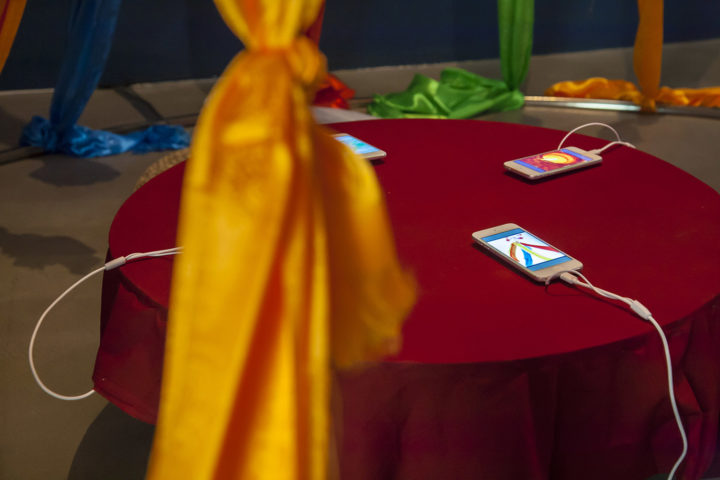 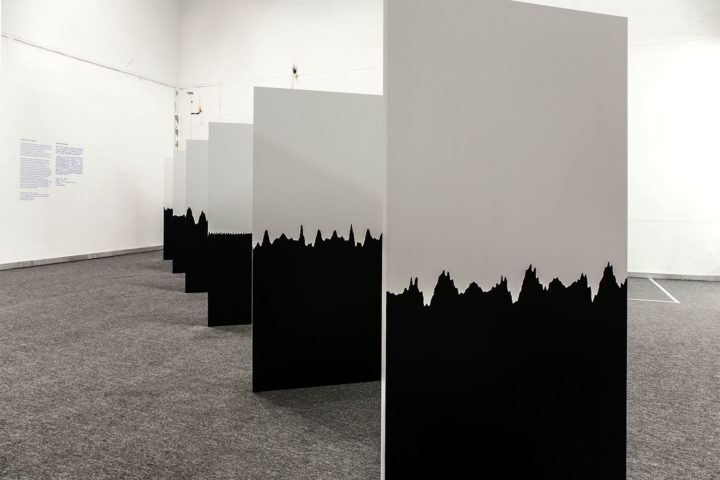 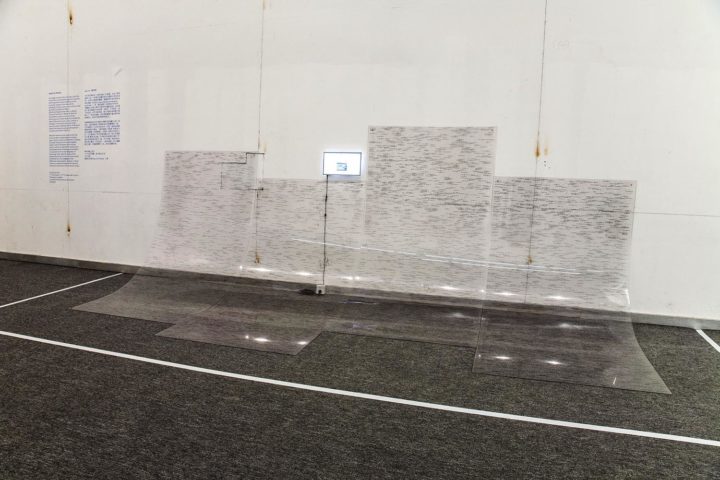 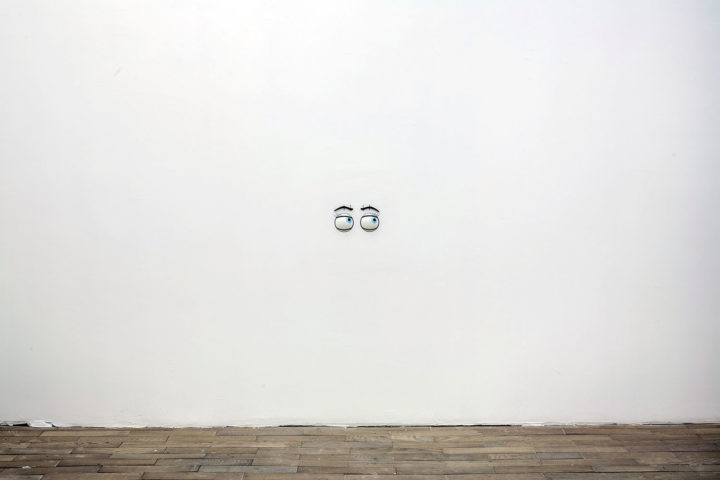 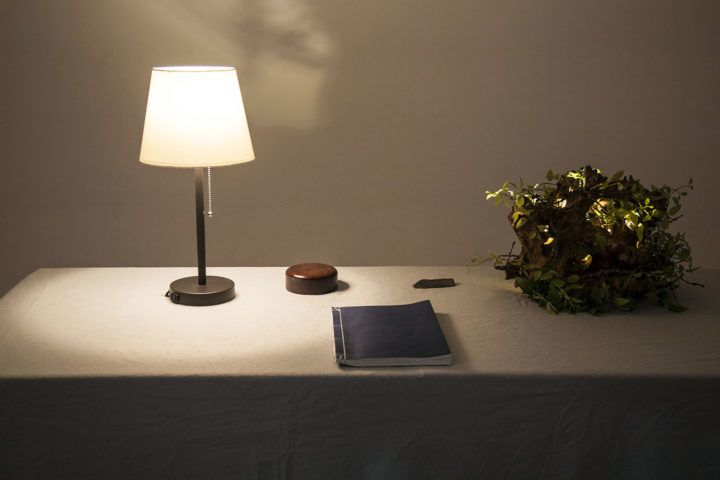 The exhibition “Heart of the Tin Man” explores new intimacies between humans and intelligent machines. As a backdrop, museum venue M WOODS contrasts untreated industrial interiors, stripped back for this show, with pristine contemporary art spaces. Such divergence is echoed in works ranging from the shiny, post-internet aesthetic of a VR shopping experience, here created by the Institute for New Feeling, to a raw, unsophisticated informality.

Sheets of clear acrylic, printed with a cloud of anonymous e-mail addresses, slouch against the wall in aaajiao’s (Xu Wenkai) Email Trek (2016). Similarly laid-back, depositing murky sediment where they sit in a fridge, are Pamela Rosenkranz’s collection of suspicious looking potions in mineral-water bottles. Any guarantee of purity has been compromised.

In common with the organizers of other recent post-human exhibitions, the show’s curator and cofounder of M WOODS, Michael Xufu Huang, is wed to visions of android consciousness as found in movies such as Alex Garland’s Ex Machina (2015) and Andrew Stanton’s WALL-E (2008), rather than the intellectual capabilities of OK Google or of current smart phones and iPads. The international array of artists featured are used to creating interactive works that ask the viewer to suspend disbelief: a pair of animatronic eyes, set in the wall at wheelchair-user height, present a cartoon-like response in Ryan Gander’s Dominae Illud Opus Populare (2016). Their appealing manner suggests that interactions with nonhuman devices can be fun. Lawrence Abu Hamdan’s Beneath the Surface (2015), on the other hand, proclaims with similarly graphic directness that such interactions are deadly serious. Hamdan’s work fills the room with an oppressive sonic mantra accompanied by stark black-and-white images of acoustic waves. Both sound and image correspond to the microsecond when a lie detection machine makes its verdict — a judgment that can change the course of a life.

“Heart of the Tin Man” proposes that human faith in data processing has evolved to expect something like clairvoyance. Computers, previously used to manage bank accounts and guide intercontinental missiles, are now invited to be involved in the emotional deliberations of human affairs. 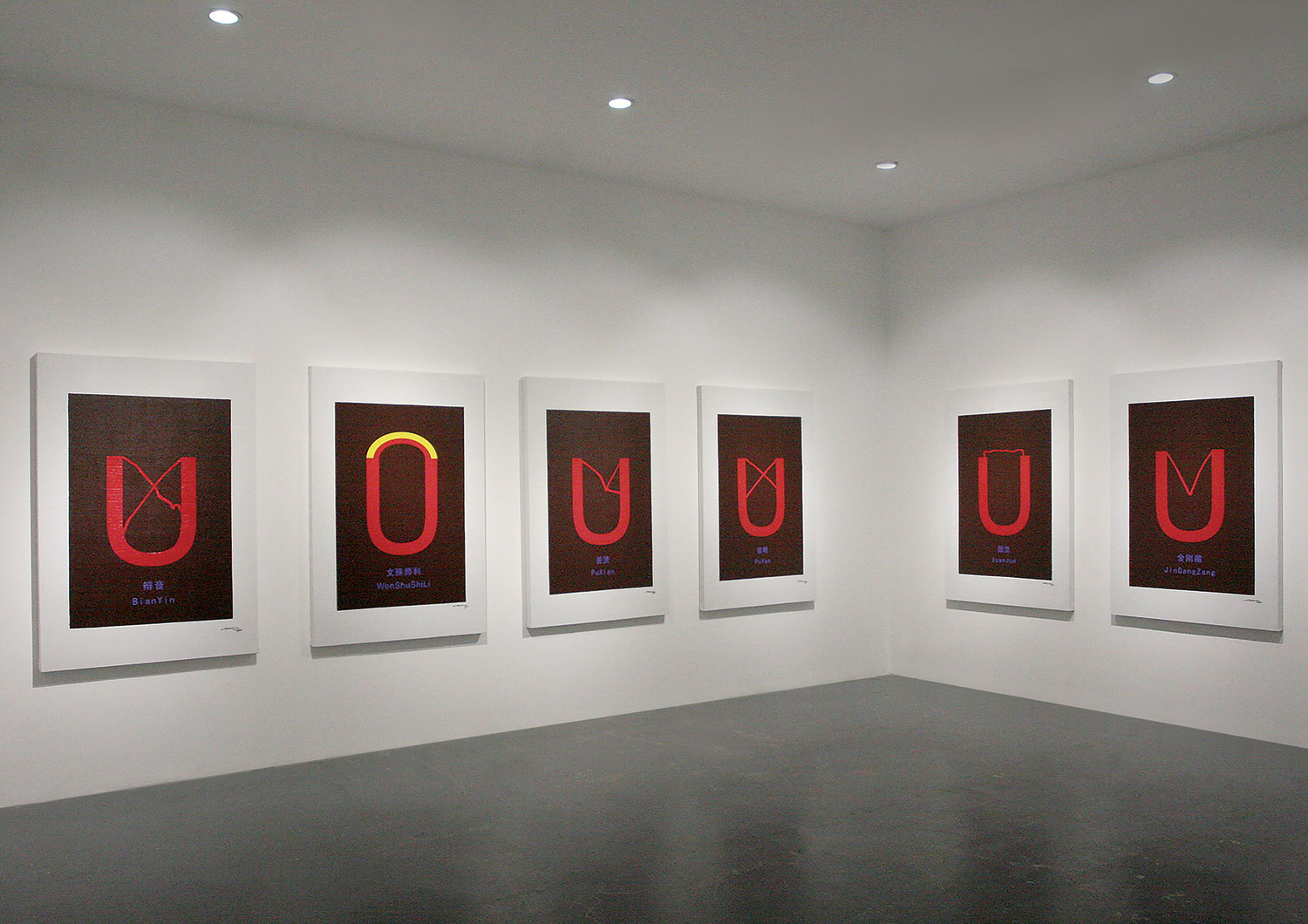 What is so striking in Zheng Guogu’s latest exhibition at Tang Contemporary Art is the sense of the metaphysical. As…