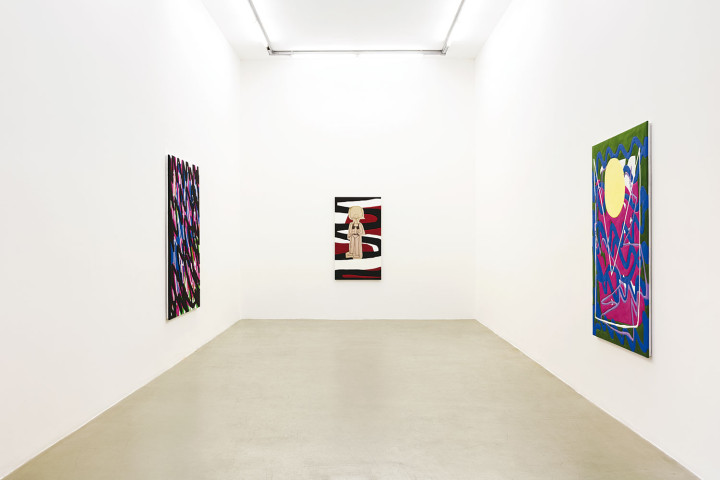 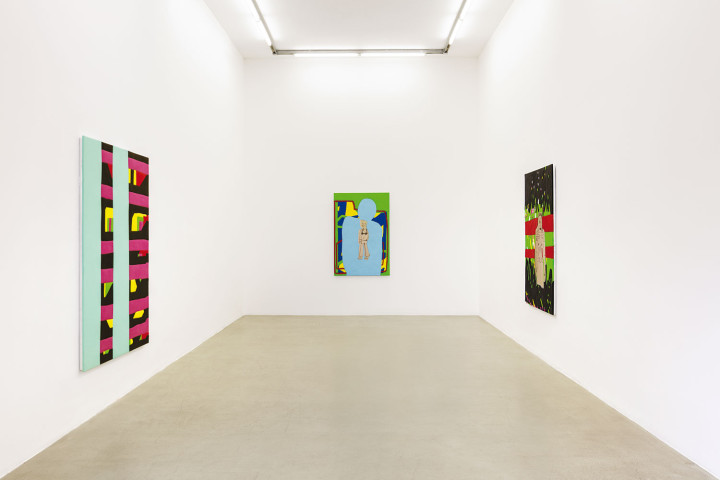 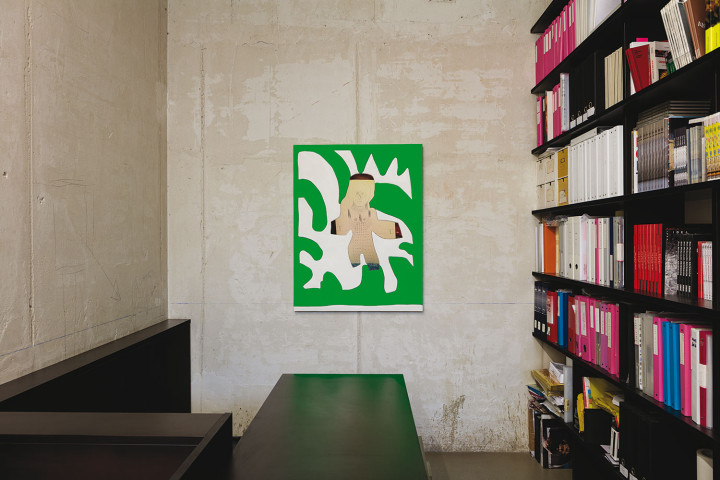 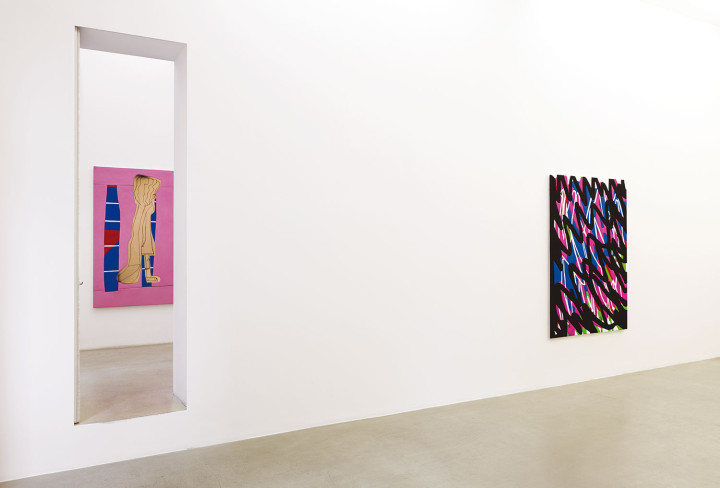 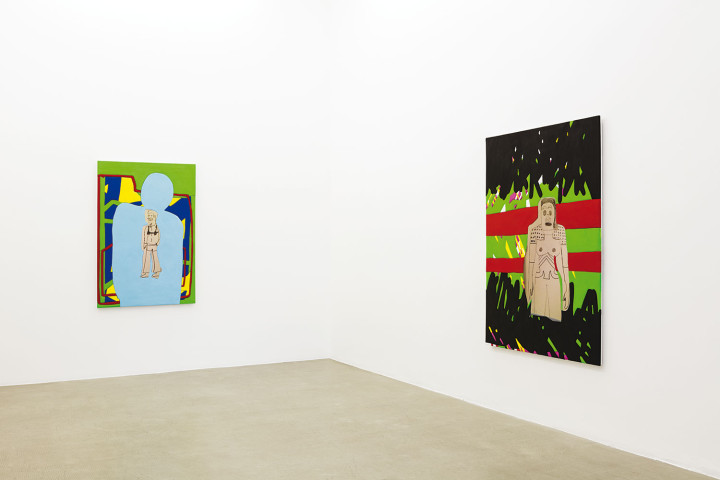 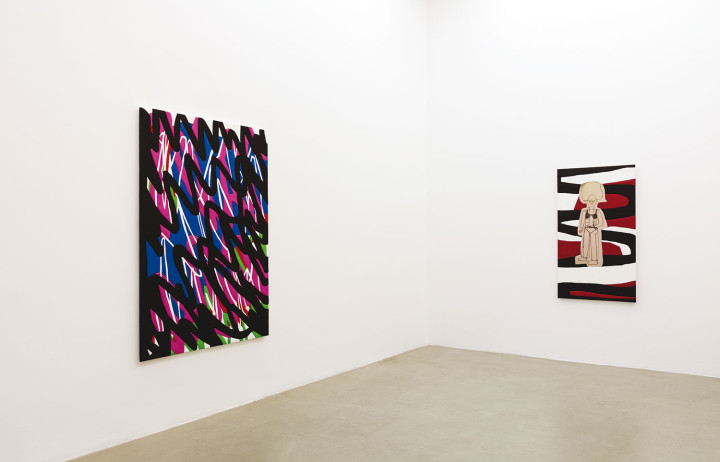 According to the gallery’s press release these works, all produced this year, explore the complex relationship between the body and the way in which it is defined. This applies to the way Benning’s bodies are framed and manipulated pictorially and to their relationship with her larger body of work, which has consistently problematized the way gender is framed within cultural discourse.

A number of the painted works here incorporate hand-drawn sketches, enlarged in a way that renders the rigid and imposing human figures of the originals delicate and fibrous, especially when swallowed within bands of flat, sometimes sickly, color.

The effect of the overlaid beige sketch pad in works such as Bra People 1 and Excuse Me Ma’am is to emphasize Benning’s uncomfortable amalgamation of different media in a way that accords with the apparent hybridity of the figures themselves. These faded passages, superimposed over fragments of MDF panel, are analogous to Pollock’s Untitled (Cut-Out) (1948) and Out of the Web (1949), whose cut-out areas Michael Fried once described as “blind spots”. In Sun, Soundwaves, Benning indeed replaces the body of the human figure with the bleached “figure” of the sun. But for the most part, her bodies continue the thread of her past video practice with a Pixelvision toy camera, which from the beginning sought to question our social and political blind spots.

In this exhibition, the artist’s colorful webs call to mind childlike experiments with early computer-based painting programs that were contemporary with Pixelvision. In fact, their bold strips and deliberate spools exist somewhere in between the two, the casein in the paint seeming to slow down the frame rate with which we view them. Benning’s paintings stall their subjects between two frames of reference, and in doing so they continue to question our binary ways of thinking.