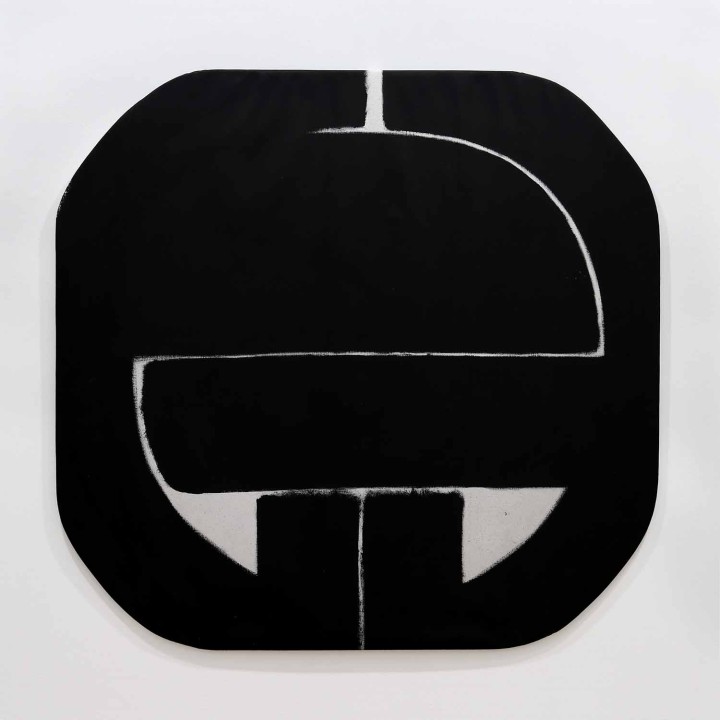 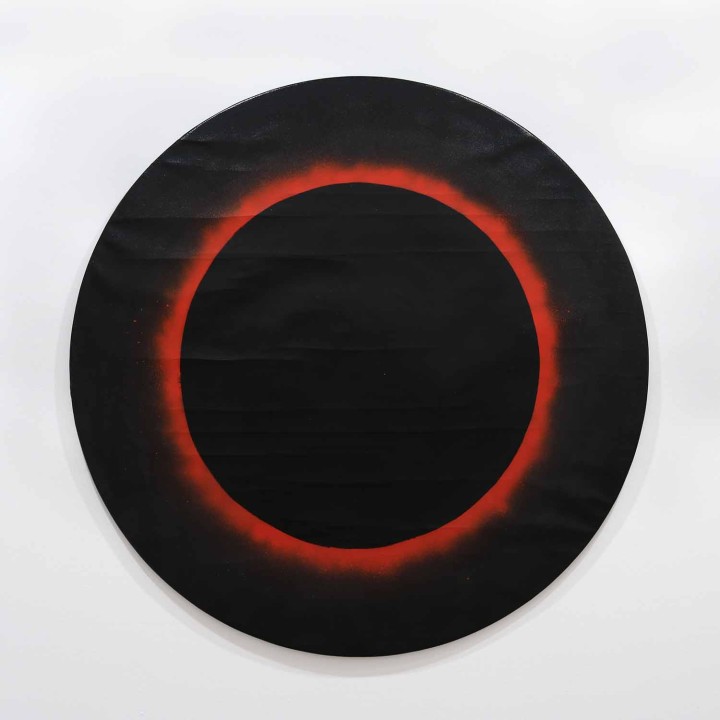 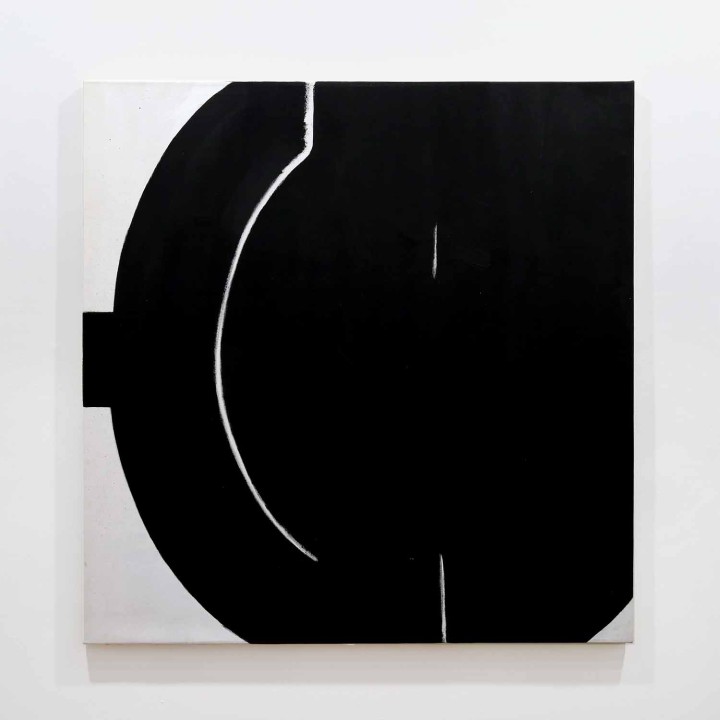 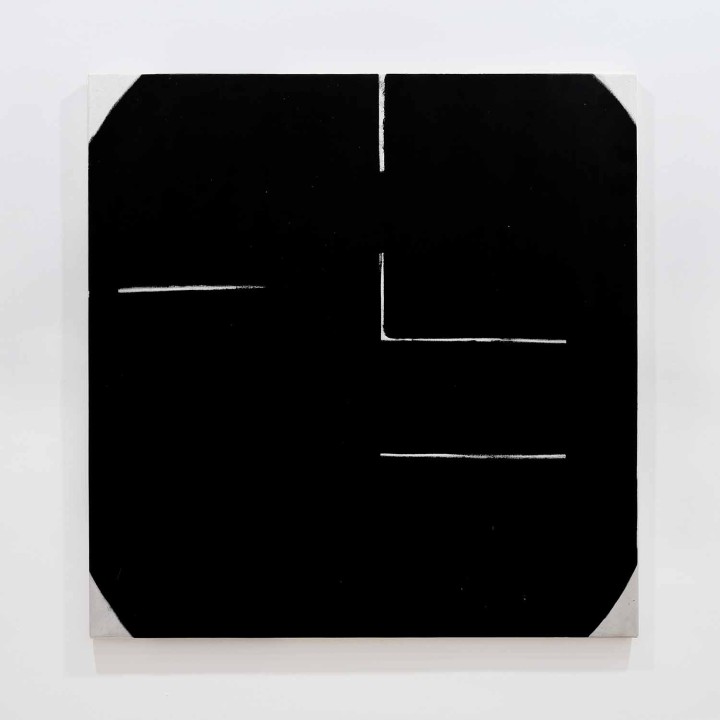 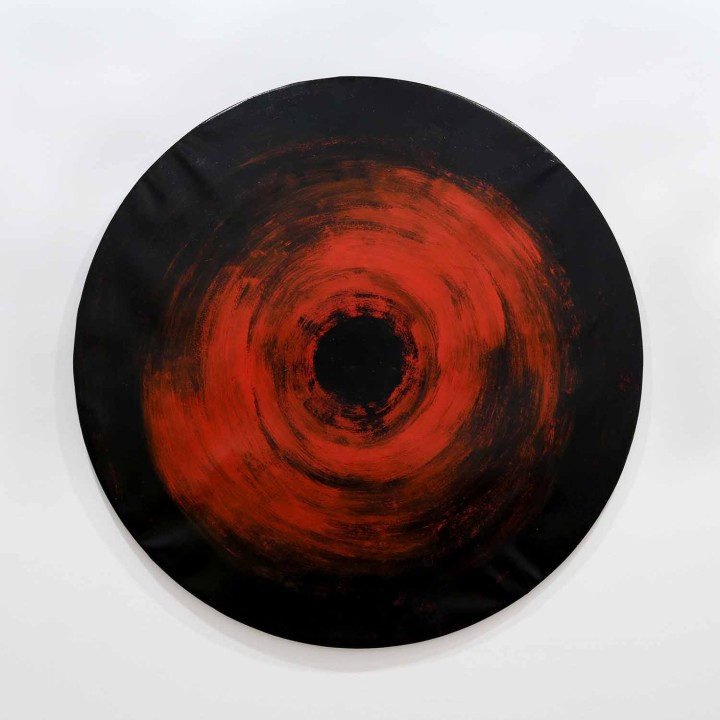 The corners have been left blank for number III, and a few intermittently placed lines appear mysteriously incised in the otherwise dark surface. In number II, two thirds of the canvas is entirely black, and the left-hand side looks like the detail of a ratchet tooth and pawl — the gradually curving shape gives the weighted composition an intense visual torque. An inscrutable symbol — a schwa, a mechanical ouroboros — appears on number I. It is the most complex configuration, suggesting a phonetic and mythological value, as well a mathematical relationship between the octagonal shape of the canvas and its internal composition. Uncomfortable with the connotations of “primitive,” the press release explains, Morea attempted to summon “culture before commodification” with his rigorous formalism and shamanistic typology.

Regardless, Morea abandoned painting shortly after these works were made. In 1966, he co-founded the anarchist group Black Mask, which morphed into Up Against the Wall Motherfuckers. Providing grassroots neighborhood support and staging spectacular (occasionally crass) protests, they spread equal parts rancor and aid. Against the backdrop of the East Village, their iconoclastic activities were an arty gambit with the city’s cultural and political communities, though by the early ’70s they had disbanded and headed back to the land.

It’s possible to see the exhibition as a foil for authenticity and rebellion, despite knowledge of the group’s eventual pitfalls. But this would ignore White Columns’s matter-of-fact presentation and democratic ethos, which emphasizes the paintings’ visual intensity, and allows us to experience them on their own terms. A red-and-black tondo, Red-Eclipse, and a work on paper, Untitled (both 1965), both depict eclipses. Though the phantasmagoric works are a bit slipshod, they are framed as early experiments with phenomenology, resonating with but somewhat aloof to their author’s later radicalism. In this way, both Machine Primitive I–III and their celestial counterparts act like Walter Benjamin’s theses on history: they take “a tiger’s leap into the past.” 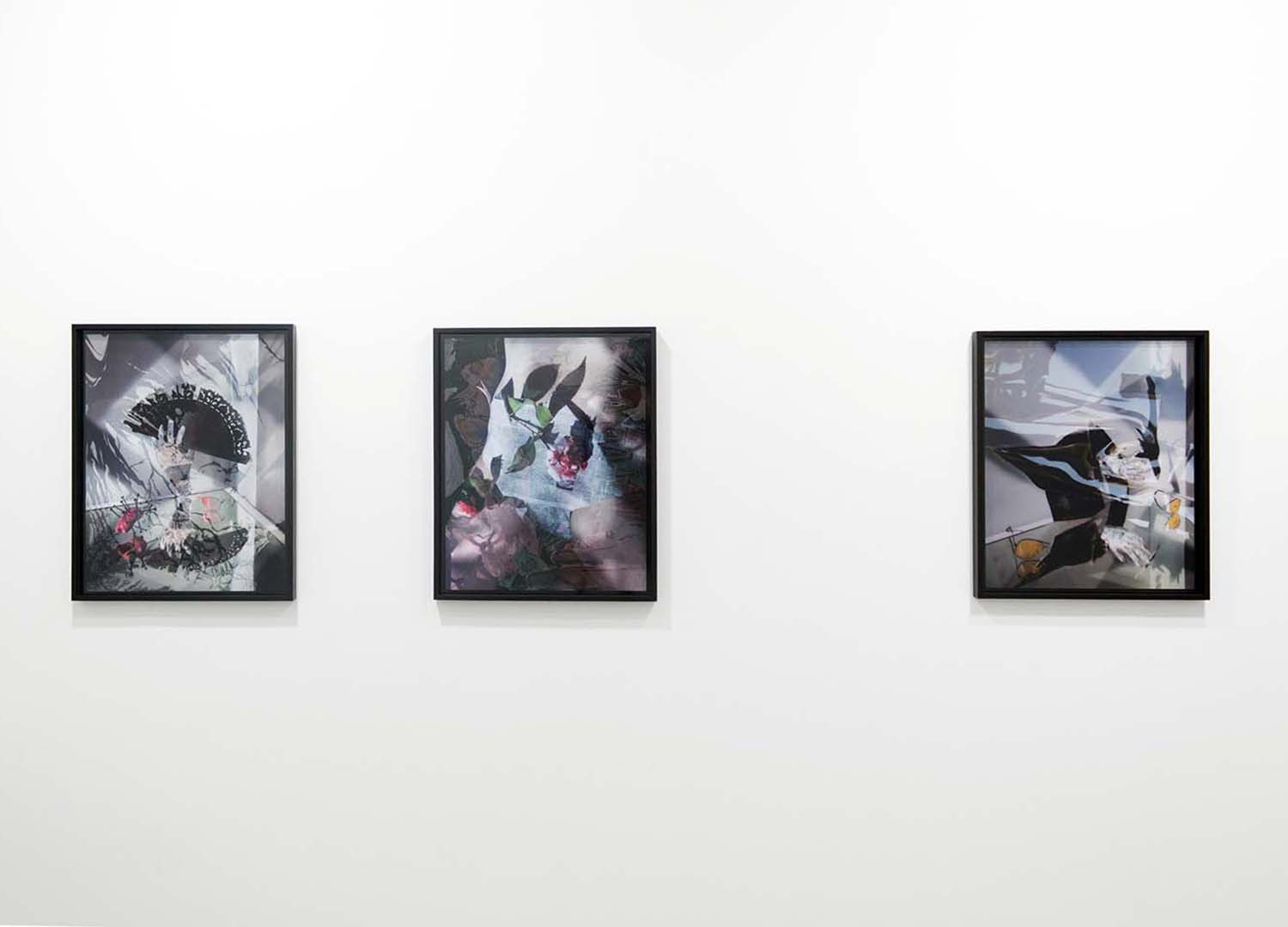