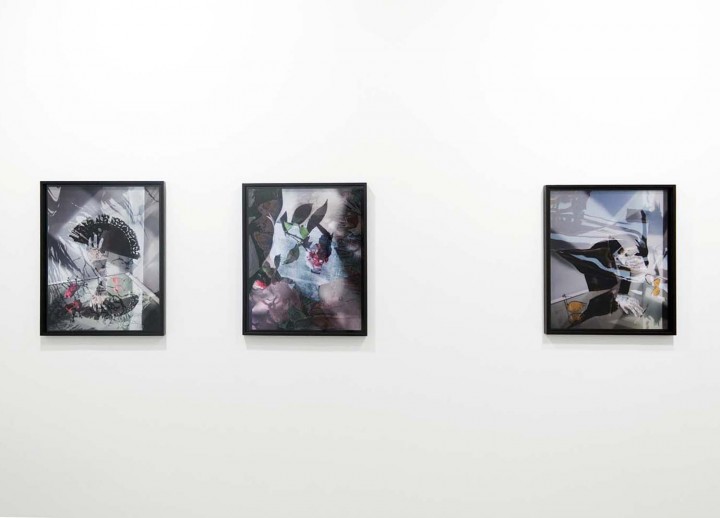 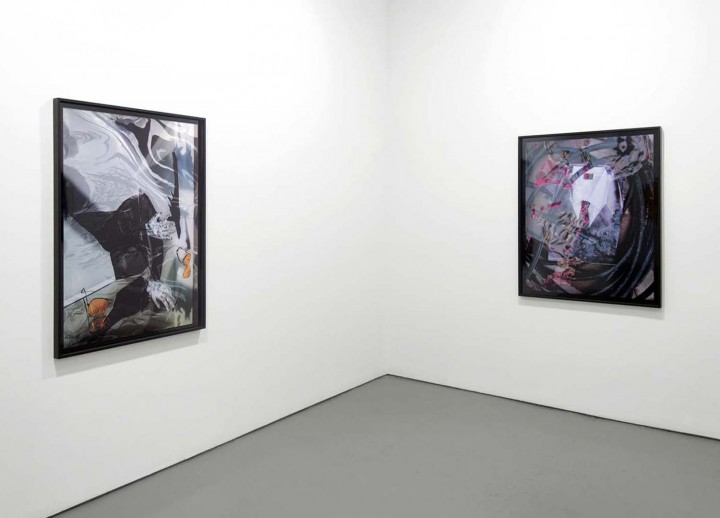 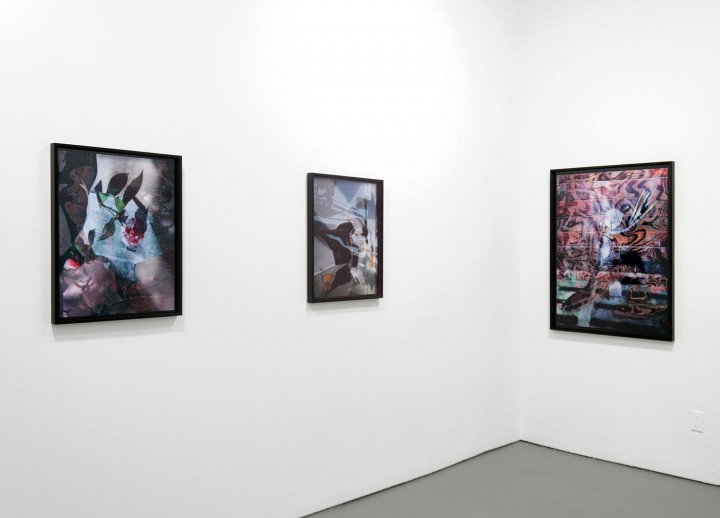 It would explain how her photographs — prop-filled base pictures taken in the studio onto whose surfaces she applies mineral oil, refracted light and other transformative substances before reshooting them outdoors — explore the intersection of digital and analog processes; how they play with the recurrence of images in the Internet era; how they make us rethink the discourse surrounding photography in contemporary art.

All of these statements are true, but Nasatir’s show resists such didactic and formulaic analysis. For some artworks, articulated context is integral to a fulfilling encounter. But these serial photographs— in which manufactured objects, handmade articles and cinematic visual tropes are used repeatedly like symbols — are their own idiom. To introduce language through press materials or a review would even seem to run the risk of violating the viscerally arresting visual experience of the pictures. Beauty is the real code here, allowing viewers to access the work not by understanding its conceptual foundation but by meditating on their own memories, feelings and impressions.

None of this is to say that the conceptual ground isn’t present and rigorous. The six photographs — five of which are from a set called “Crime” and the other from one called “Pink” — are inspired by evidence photographs, which represent an event without actually depicting it. Nasatir uses a pair of glasses, a heeled shoe, a paper suit, a fan, a pair of newspaper underwear, and different renderings of a hand (her own, it seems fair to say, given the elaborate manual process that each piece requires) to relay the personas of distinct characters without including actual body parts. (Pink #2, which portrays a human stomach and legs, is an exception.) She reflects the notion of criminality, which flattens morality into a binary of positive and negative, through her photographic practice, which entails using direct sunlight to record noir-style shadow and silhouette.

Commercial images have saturated every space in our lives; it is cathartic to see photographs that make us think not of advertising but of the dark magic and mystery of our own gaze. 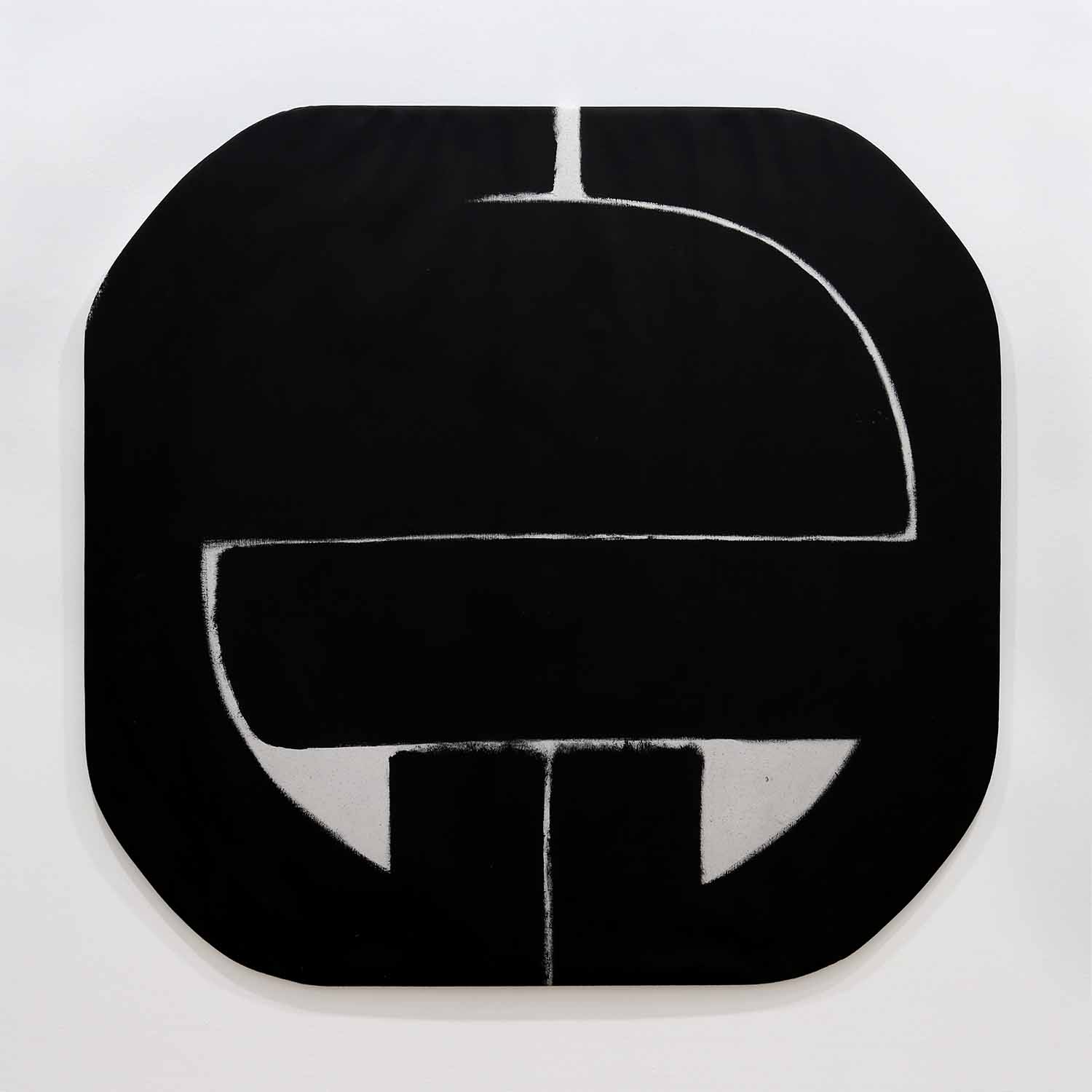