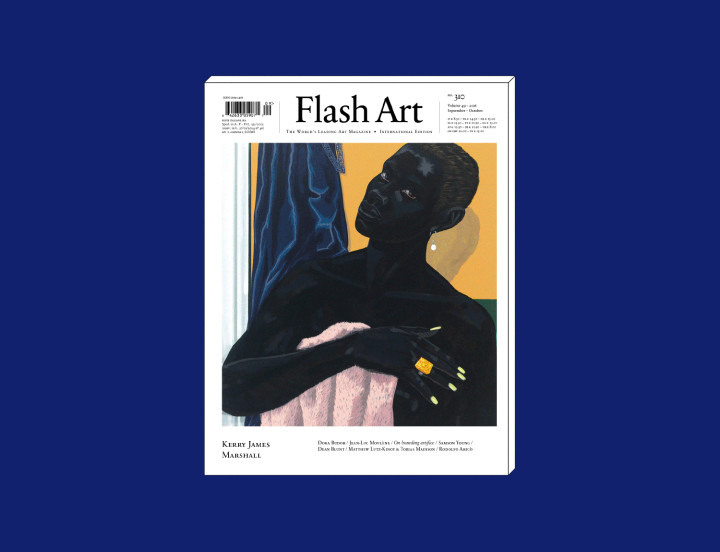 This issue’s cover reproduces a painting by African American artist Kerry James Marshall, a work that exemplifies the artist’s absorption of pictorial tradition in order to challenge stereotyped representations of blackness in society. On the occasion of his traveling retrospective “Mastry,” opening at the Met Breuer, New York, in October and at MOCA, Los Angeles, in March 2017, the artist talks with Helen Molesworth about the entrenchment of white art discourse within art education and about his experience as a university professor within an academic structure that inhibits nonwhite access. Marshall remarks, “It’s challenging when there are so few students of color in programs so you don’t really get a chance to shape with them the conversation about what kinds of things are possible in making art, but you constantly have to keep doing it with students who already have access to that kind of experience.”

The question of how art explores the possibility of empathy is also addressed by Laura McLean-Ferris in her essay on French artist Jean-Luc Moulène, the subject of a forthcoming retrospective this October at the Centre Pompidou in Paris. In the writer’s words, Moulène’s recent work “allows one to think about both peculiar and important forms of empathy — not a kindly, gentle thought about how someone else might feel; but an attempt to get inside something violent or difficult or alien in the only ways that are available to you.”

“In her operation of dislocation, Budor renders her source material awkwardly incomplete and highly conspicuous. Rather than simply collecting props as bits of Hollywood fiction, Budor seems to instantiate a desire to inhabit their decrepit insufficiencies.”

“I had been wondering how one color (magenta) out of many (a spectrum) could be extraterrestrial, when after all it was just another color among the rest. It turned out this wasn’t quite true. Magenta was extraspectral: what some people call an ‘impossible color.’”

Li Zhenhua examines the sound art of Samson Young as a means of reconciling conflict.

“There is often a level of fluidity and non-specificity in Young’s treatment of certain historic events, and in the opinion toward them that he expresses. This approach allows for a discussion situated in a universal context — an intimate conversation that does not intend to shock or offend.”

Responding to musician Dean Blunt’s foray into artistic production, Paul Pieroni puts the focus on a figure ever keen to divert attention.

“Blunt’s art is not a thesis. Nor is it activism. His hermeneutics are deeper and stranger than that. Blunt’s output is ultimately delirious, built around the hazy subversion of his own identity and agency.”

“Dramaturgy means ‘making relationships.’ Dramatic encounters reject class consciousness and create mutually cooperative relationships, thereby organizing chance into collective consciousness. If hell is other people’s affairs, then drama is a pilgrimage of other peoples hells where self and others crisscross.”

Ahead of the exhibition “Rodolfo Aricò: Line of Demarcation” at Luxembourg & Dayan in London, we republish the artist’s “Captions” from Flash Art International no. 46 – 47, June 1974.

“My commitment is precisely an attitude which aims to make people forget geometry — not to declare it to be an expressive aspect of the poetics, but to make it be forgotten in a multidimensional space in a two-dimensional field, where there are multiple visual focuses in an active dynamic of multiple perceptions.” 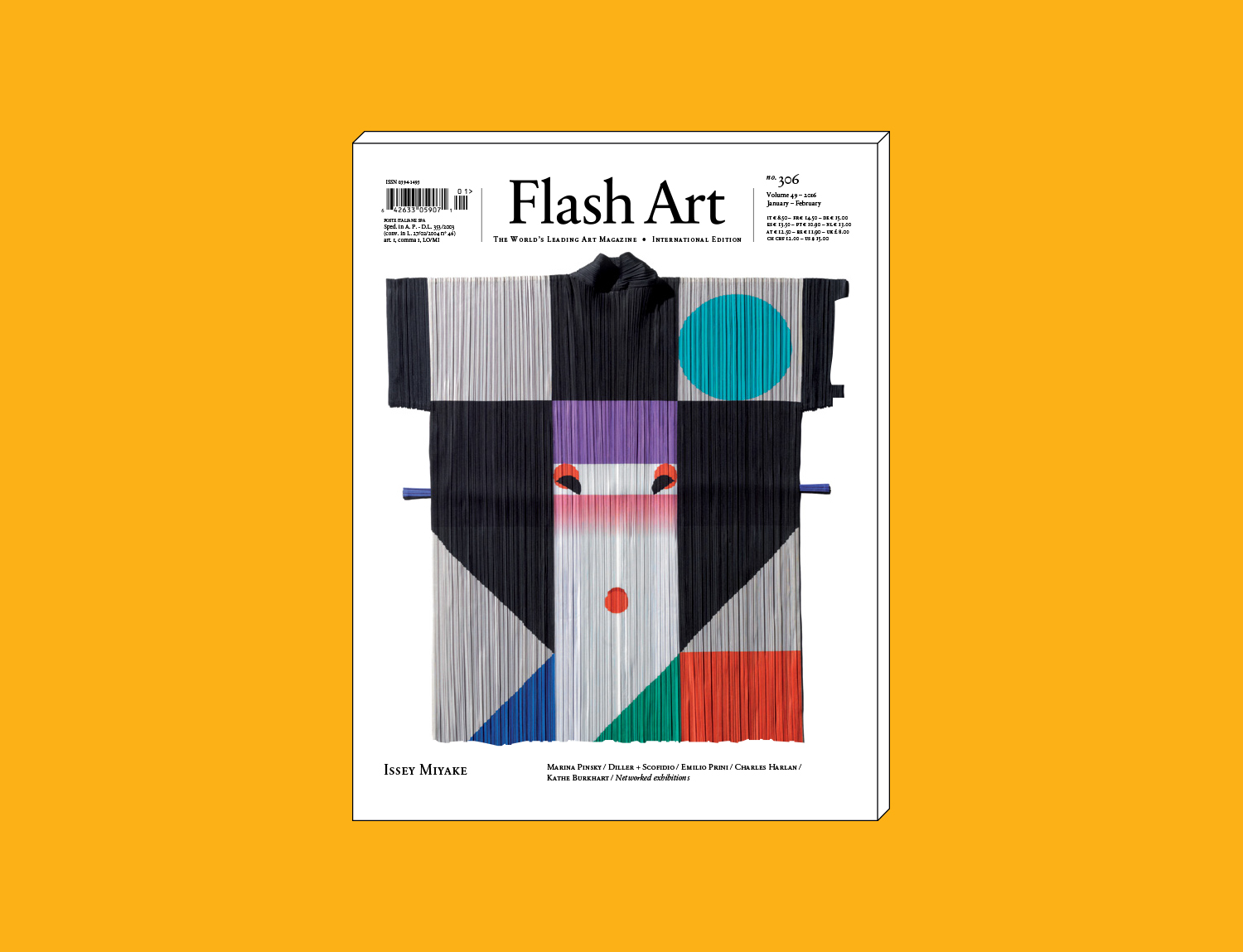