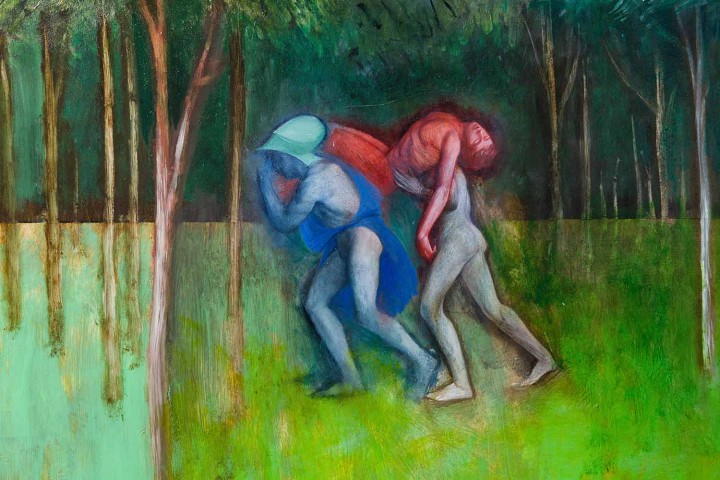 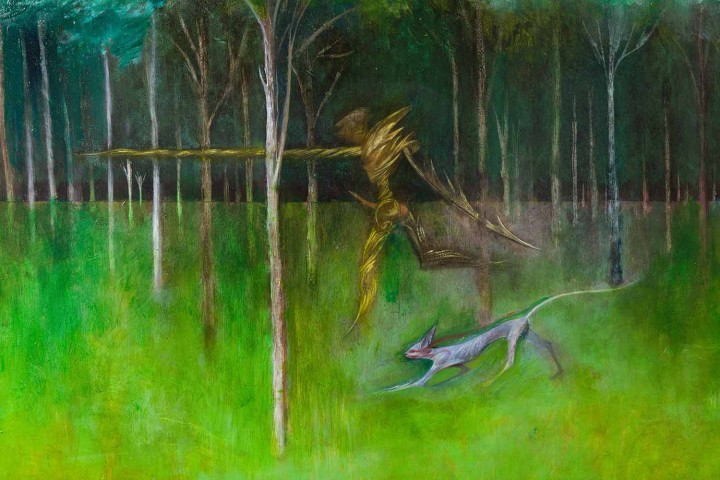 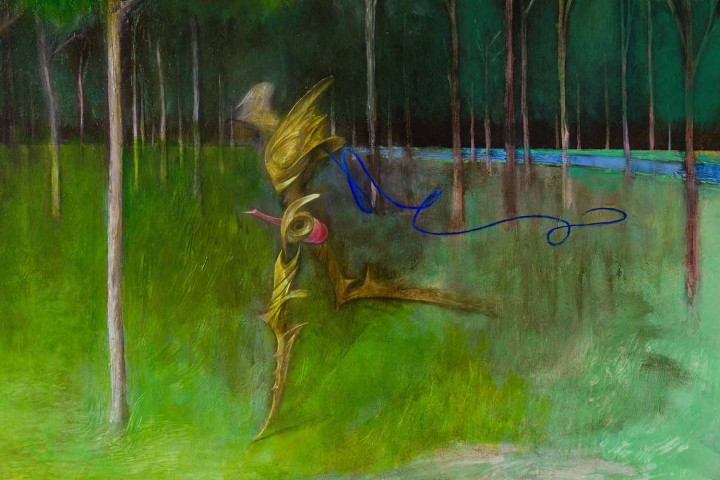 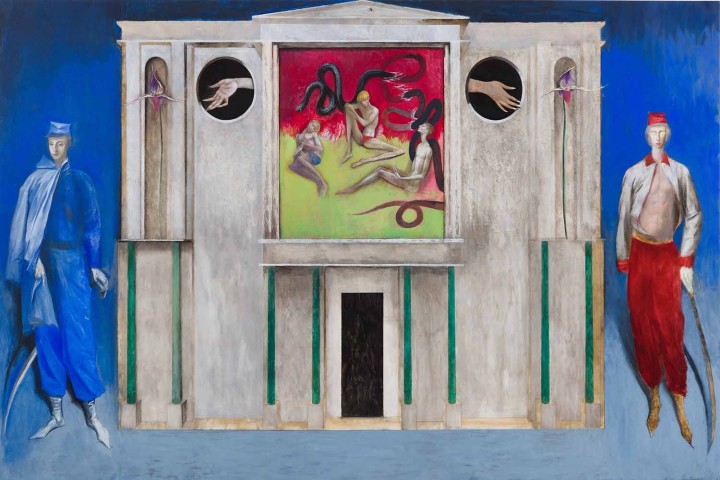 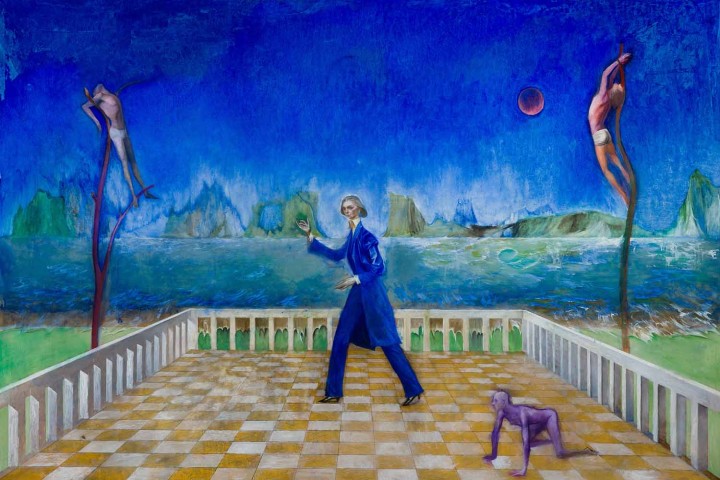 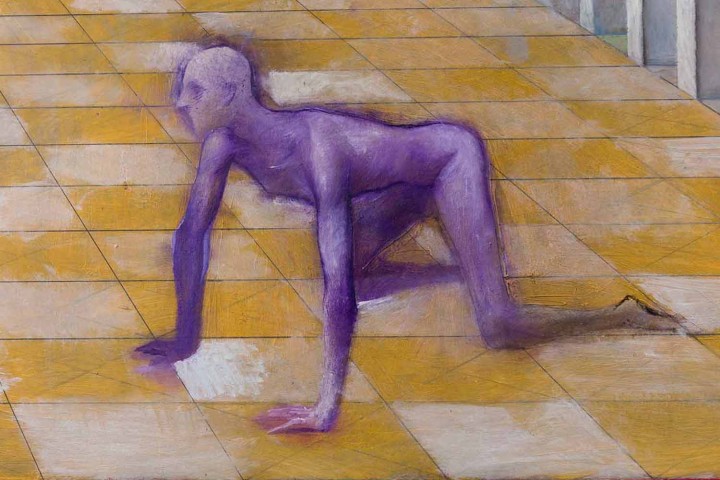 Julien Nguyen makes paintings that are at once referential and intensely personal, employing subject matter that ranges from Renaissance architecture to artificial intelligence to the films of Kathryn Bigelow. Nguyen’s work is of a kind of archeology that is fully cognizant of art history but also driven to disrupt assumed notions of its discourses. Accepting painting’s theatricality as a given, he uses knowledge to create fantasy, pitting familiar forms against one another.

On the occasion of his West Coast solo debut, Flash Art sat down with the artist in his Los Angeles studio.

Your work has a rich, fantastical quality that has recently incorporated Renaissance painting and architectural motifs. What compelled you to employ these elements, particularly the use of perspective?

I think this is largely motivated by a desire to move past the crisis of the nineteenth-century photographic image, which continues to occupy a lot of the discourse around representation, and which for me is based on a fundamental misunderstanding. I work with a lot of early modern idioms that coincide with the establishment of sovereignty and sovereign power, perspective being foremost among them. Perspective is a relatively unencumbered organizing tool for the construction of imaginary worlds: a subject can array a hierarchical system (of its own device!) of recognition and creation. It is also something that does not require an excessive amount of labor specialization.

This said, perspective is also a tool for establishing borders, another early-modern innovation. I think this speaks further to the idea that the development of humanism lay not in the invention of inwardness per se (which can be seen as far back as Augustine’s Confessions), but in the realization that this same inwardness afforded a means of dissimulation that in turn offered leverage against the world as given.

Humanism as subterfuge allows one to bypass the question of the subject as organizing myth of bourgeois ideology and instead trace a direct line to it as a contemporary vehicle for both encoding and navigating systems in general. The real question becomes how Bronzino established himself in Cosimo I’s household despite the purgation of homosexuals from the ducal court.

The figures in your work often have elongated features and mannered poses that seem to be a fusion of disparate approaches toward figuration — ranging from antiquity to contemporary pop culture.

I would hope that this is not understood as style, which would be an essentially formalist reading. The difference between Velazquez and Uccello isn’t so much their particular visions of the world, but instead how they successfully interpolated themselves into their respective governing structures. That is to say, that if ideology as “imaginary representation” operates on the level of the unconscious, these distortions are not expressions of my “view of the world” but are resultant from my emergence within it: reenacting the nanosecond in which a camera captures Hillary Clinton’s light-sucking eye to reveal a reptilian underneath the human membrane.

Filmic references often appear in your paintings, though the titles seem to be the only overt reference to these films — as if they are ciphers and the role-play between title and composition enables a specific kind of dialogue.

What affect has moving back to LA had on your painting, if any?

The idea of the sublime in art is often misremembered as a totalitarian phenomenon. Longinus (a Greek from the first century) instead proposes that only democracy can be the “careful nurse” of sublime comprehension, and cites Sapphic poetry as a primary example. Los Angeles (to my mind) is a Bermuda Triangle between the sublime, the picturesque and the uncanny: a place where metropolitan civilization, having strayed so far from home, touches a void. I also don’t drive, and I enjoy being a passenger here.

The entire life of independent movie director Derek Jarman (1942-1994) has always been linked to the art field. Jarman was…