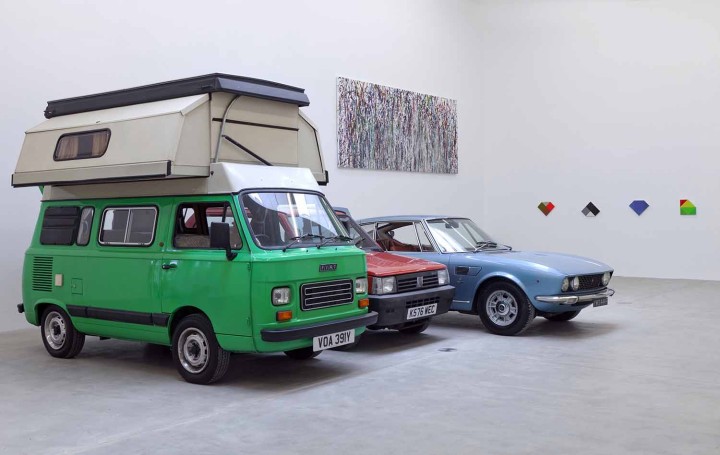 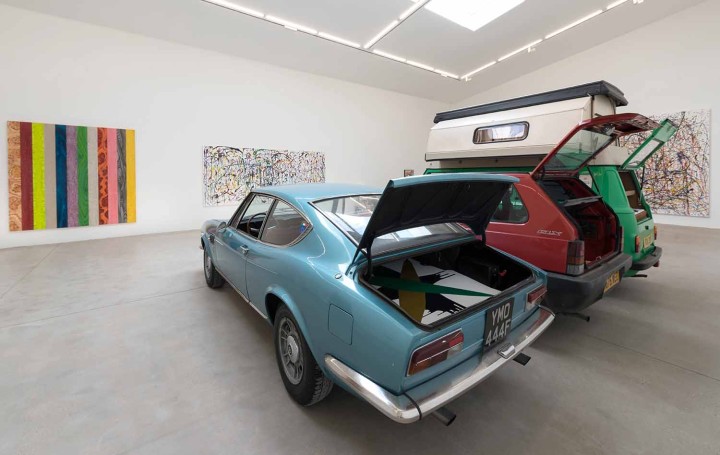 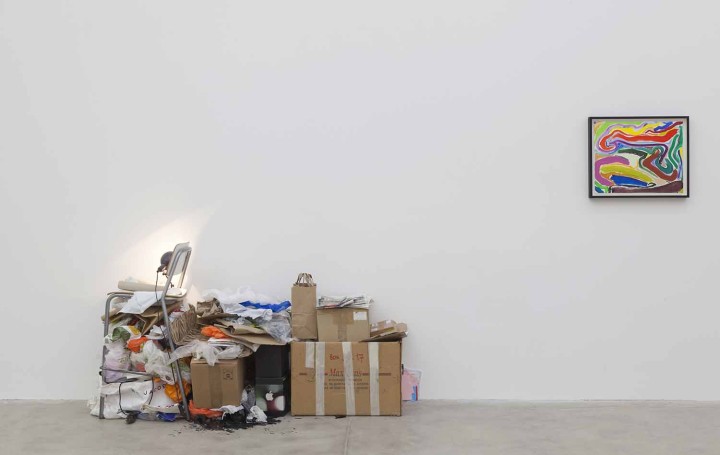 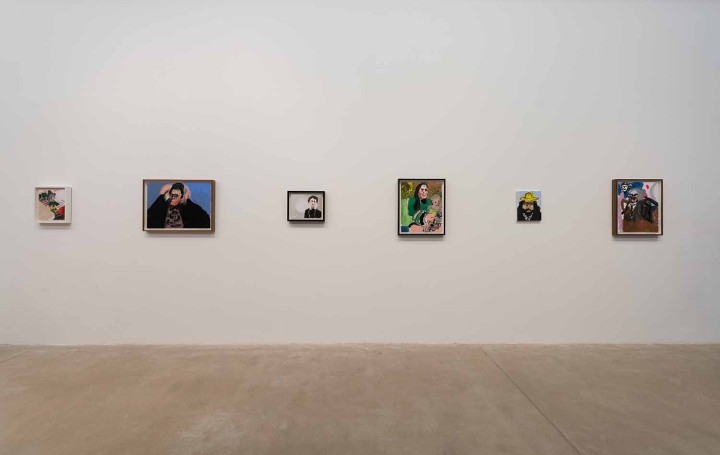 Martin Creed’s solo exhibition at Hauser & Wirth Somerset is hard to contain. The result of a two-month residency at The Maltings studio space in Bruton, “What You Find” fills the five galleries with ebullient energy and is a stimulant assault on the senses.

The uncertain process of negotiating one’s standing in the world is what makes Creed’s work so moving and humane. “What You Find” is a reflection on recognizing the way one is. The artist moves from the bold to the intimate: one of the main galleries features an austere glass wall partition that resonates with two videos housed in freestanding booths, Work n. 2533 Border Control (2015) and Work n. 2530 Let Them In (2015), which reflect on the arbitrary nature of borders and the ability to move freely, suggesting an alternative mood in post-Brexit UK. One wall features a black checker-patterned painting, while another is a colorfully striped mirror that reflects and multiplies the gallery space and its visitors. Three Fiat cars — a bright-green camper van, a red utilitarian vehicle and a light-blue coupe — are parked side by side, their booths open to display an abstract painting.

What one finds throughout the exhibition is “stuff” that the artist accumulated and kept in his Barbican apartment through the years, now repurposed as material for several works that are quite literally made through living. Work n.2711 (2016), made from crumpled plastic and paper bags, a lit desk lamp, a chair, cardboard boxes and newspapers, skirts the gallery wall in an incidental, casual manner. Vitrines house bouquets of now-desiccated flowers and even a flock of Creed’s distinctive curls. More orderly, jars and packages are placed by descending size to form neat stacks. Daily audio notes beam out of an array of diverse mp3 players and speakers. They invite the sort of attention that detectives bring to determining someone’s habits through their material traces.

The joyful video for Creed’s new single Understanding, about an argument, takes center stage. In it, the artist pops up in a variety of guises and hairdos, crossing genders and styles, his presence multiplied across the screen in quasi-psychedelic fashion. The song is part of the album Thoughts Lined Up, released last July.

Outside in the garden colorful carrier bags, agitated by the wind, flap from the branches of an otherwise leafless tree. Like the artist, they also seem to be caught in the stream of life. However, while everything is changing all the time, Creed is definitely having his moment.