Taylor Macklin opened in 2014 in Zurich. Run by five artists — Adam Cruces, Gina Folly, Michèle Graf, Selina Grüter and Thomas Julier — the space initiates conversations between students of the Zurich University of Arts and emerging artists worldwide. In this exchange, Flash Art poses a few questions about the idea behind the artist-run space and its potential future.

Switzerland, and Zurich in particular, seems to foster a culture of artist-run spaces — New Jerseyy, Hacienda, Marbrier 4 and Circuit, just to name a few. Why do you think that is? Do you think it is in reaction to Switzerland’s economic climate, which seems to favor commercial galleries?

All the spaces you mentioned have or had particular ideas that are/were different. In regard to the economic climate, besides a thriving commercial gallery sector, there’s generous state funding for the arts, which provides a counterbalance. As for Taylor Macklin, it is important to notice that the project is linked to the Zurich University of the Arts. It was founded partly because of the school’s lack of an exhibition space that would show alumni alongside international artists. Our interest in this exchange led us to found Taylor Macklin.

Your inaugural exhibition, “Raid,” was a mail-art project in which artists based outside of Switzerland sent work via email or snail mail. A bit like iTunes, which has become the main conduit of the music and film industry, it is almost as if the space was the end point where the message was delivered. The idea of a network seems to be a recurring topic in your program. Do you think it is symptomatic of your generation?

The space moved into an apartment on the outskirts of Zurich about two years ago. For our inaugural exhibition, we wanted to outline the diverse perspectives that make up Taylor Macklin. The works of the invited artists were shown alongside pieces from a Zurich-based mail-art collection. We wanted to show that networks in the art world have a history, and that they have already existed before our hyper-networked generation. We tried to connect the contributions of the invited artists with its loose ends.

I noticed you showed Zurich-based artists such as Mitchell Anderson and Vittorio Brodmann as well as American artists Amy Yao and Anicka Yi and Italian artist Davide Stucchi. Some people say alternative spaces are a necessity to form a community and develop a dialogue within a city. Do you think this is an outdated concept? Would you say Taylor Macklin’s dialogue is more local or global?

We think that inviting local artists as well as international artists creates a vibrant and fresh dialogue within a city, which may also merit international interest. Inviting artists is very important, since, despite the city’s very active art scene, there are very few residencies for foreign artists. Also, Zurich is very expensive, hence artists from abroad rarely move here. We don’t think of local and global as mutually exclusive categories.

You are five artists running one space. How do you agree upon the program? Would you say you follow a curatorial model? Also, what is the methodology behind your program, and how does it nourish your own personal work as artists?

There’s no real system. There are many more people involved in Taylor Macklin than the current five people organizing the daily business. We invite guest curators, friends suggest projects. So, the program of Taylor Macklin is the result of a much broader conversation. Running Taylor Macklin confronts us with quite a bit of information, which in one way or the other might influence our individual practices.

What’s next for Taylor Macklin? How would you wish for it to evolve in the future?

The program has become more and more open-ended. Again, it’s about broadening our conversation. Currently, we’re working on a program for the Istituto Svizzero in Rome for April and May, in which we want to bring together simultaneous strands of communication. We will close the Istituto’s main gallery and branch out in the various types of rooms in this monolithic building. 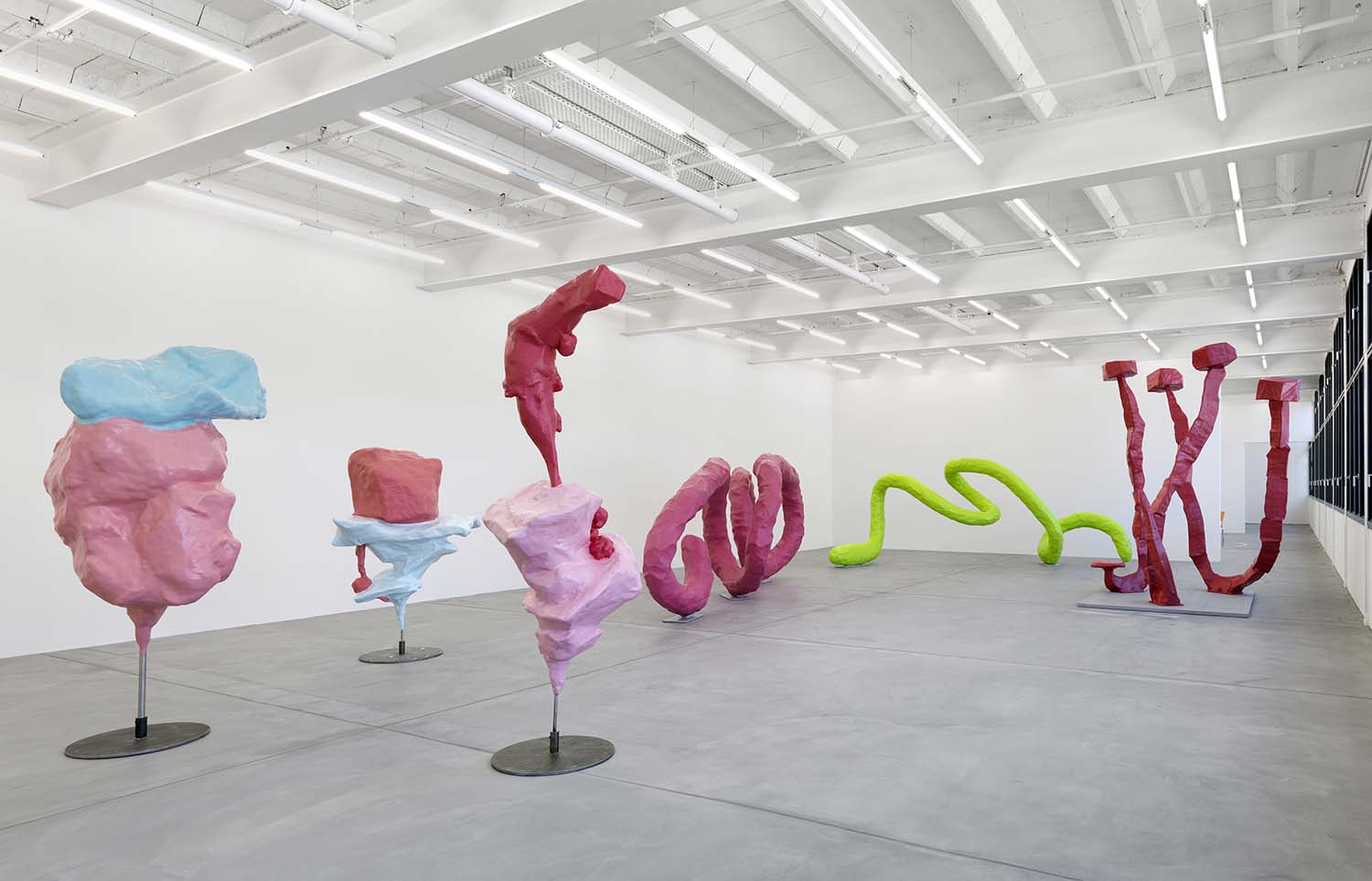