David Reed’s works seem bizarre in our present moment, but what’s here cannot be dismissed, consistently compelling a deeper return. Each of these new paintings is curious, highly singular, and often initially repelling.

In either dramatic widescreen or columnar format, all continue Reed’s practice of recording a lexicon of marks. #665 (2014–18) is the most prototypical in the show — and of Reed’s project as a whole, in which multipanel and sectioned works tackle the legacy of abstract painting. Divided into four parts, the outer two are dominated by black and white “brushstrokes” — as graphic yet not as cool as Lichtenstein’s iconic takedowns of abstract expressionism. The two central areas, above and below each other, are differing tones of thin red in slippery loops that bring to mind the spaghetti in James Rosenquist’s I Love You With My Ford (1961). The main concern is with surface: both plasticky and matte, every color and section functions on its own level. The “brushstrokes” appear almost cast in bas-relief, each sculpturally distinct. 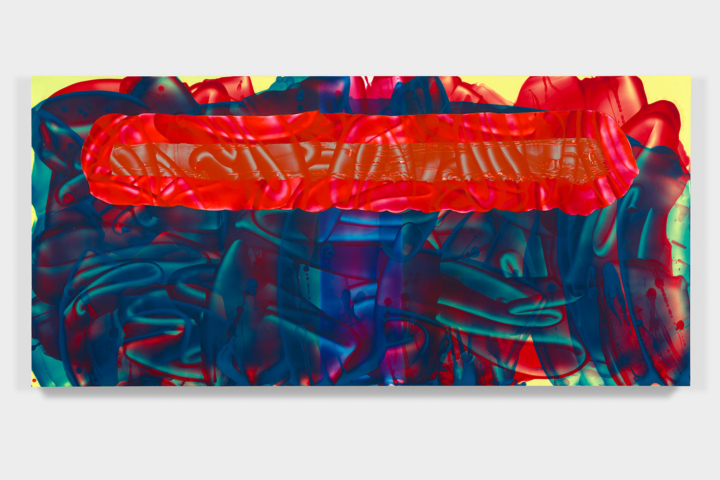 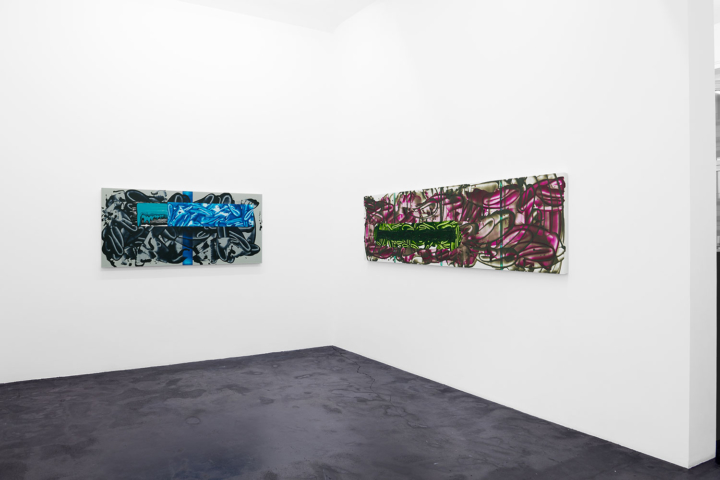 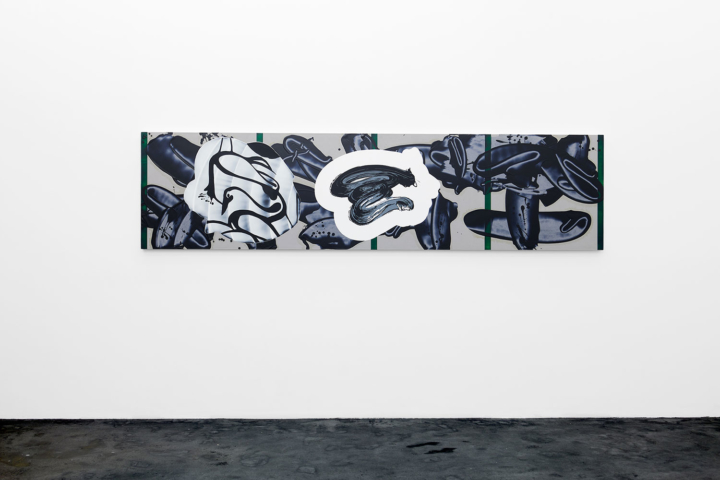 Executed with a stencil of a stroke from Reed’s own repertoire, this gesture, repeated throughout the show, is a bipartisan success in the painterly feud between the real and the readymade. The central area possesses a visual depth that belies the way the snaking strokes have been applied. In works like #701 and #702 (both 2017–18), similarly modeled translucent layers are stacked on top of each other like graffiti on old New York subway cars. The ability to evoke comparable works is uncanny and central. One can imagine how much heavy lifting Reed has done for Christopher Wool. Yet, while I can list names and paintings reminded of and referenced, one finds nevertheless that these are idiosyncratic works in the truest sense of the word. Reed denies irony and cynicism while continuing to believe in the value of gestural abstract painting, feeding off of and wrestling with the repercussions of the generations above and around him. The result is fully digested and neither nostalgic or hostile. It’s as if Reed, for the past five decades, has been speeding down a lost highway, dreaming his own painterly definitions of composition, poetry, and aesthetic grace.