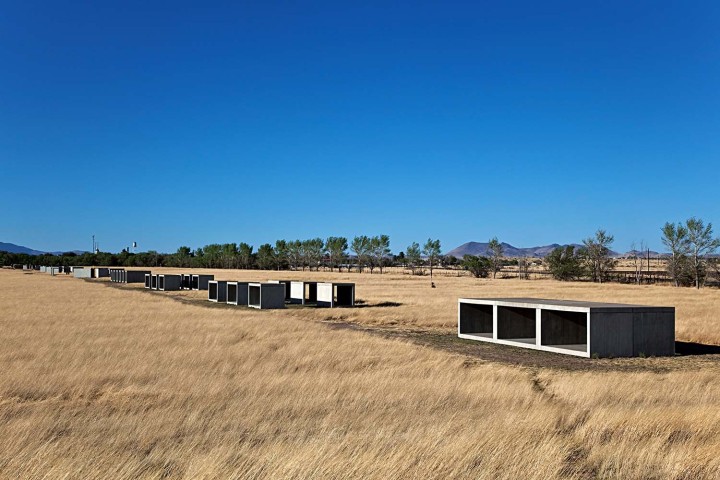 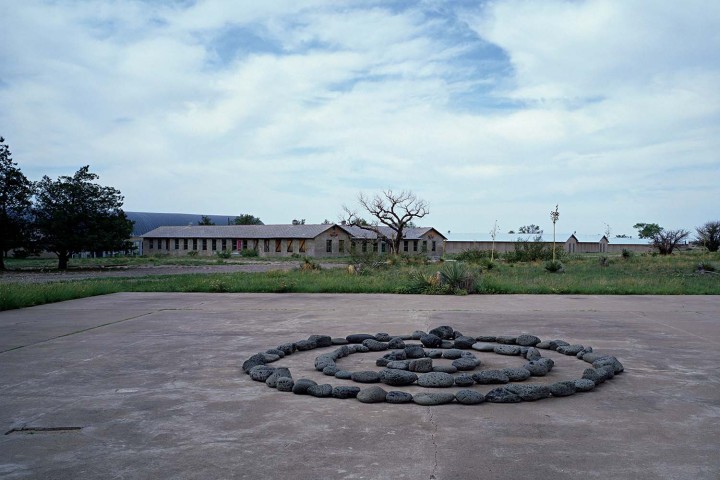 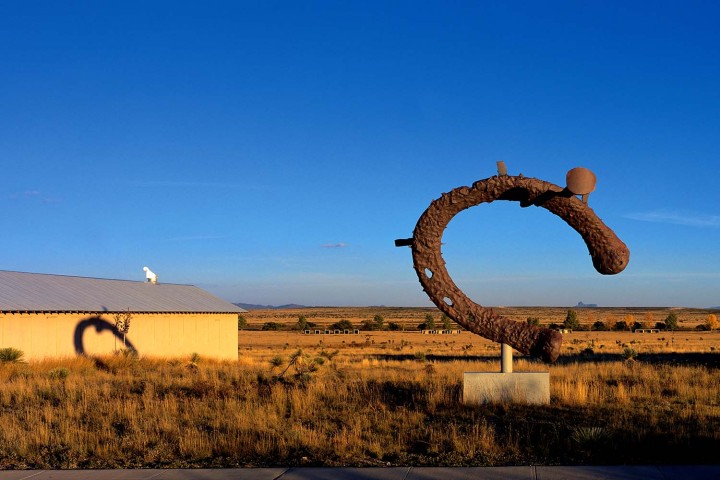 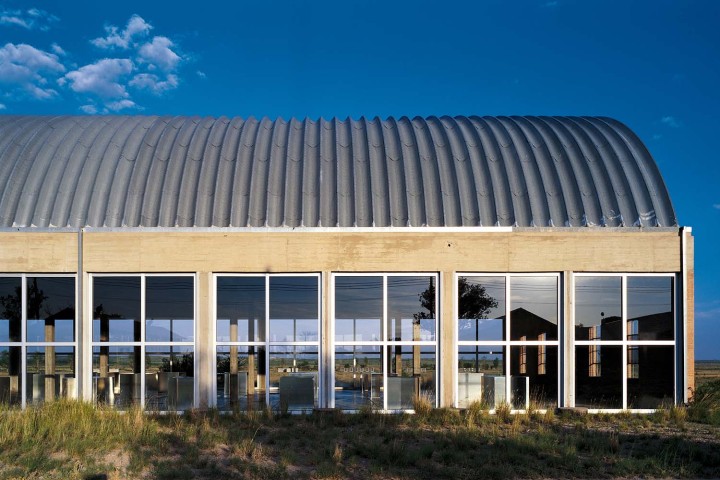 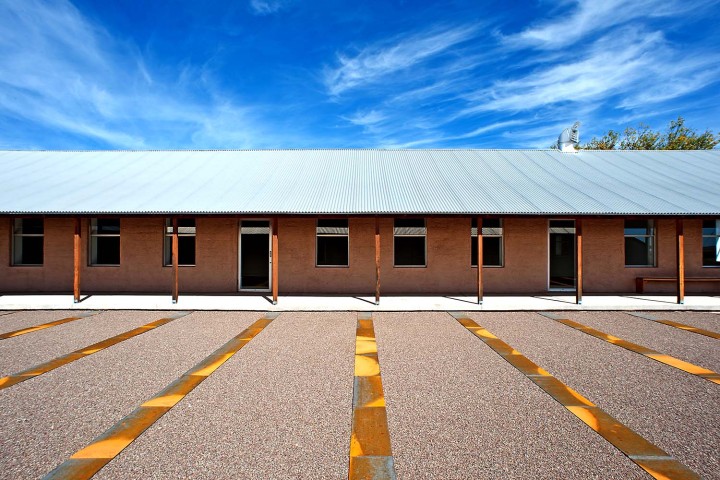 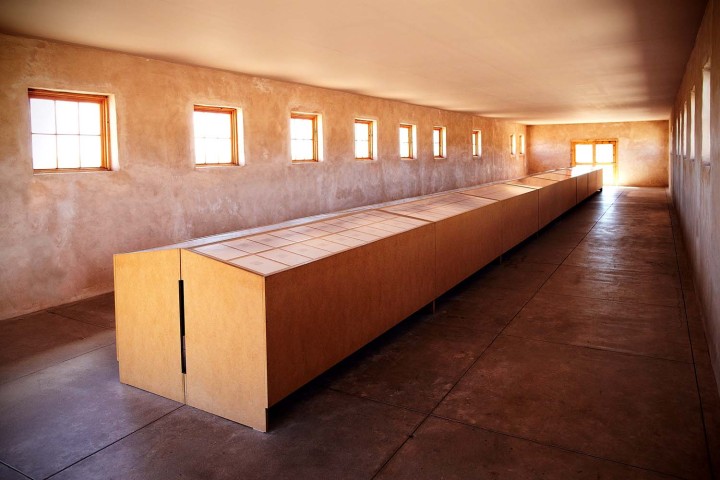 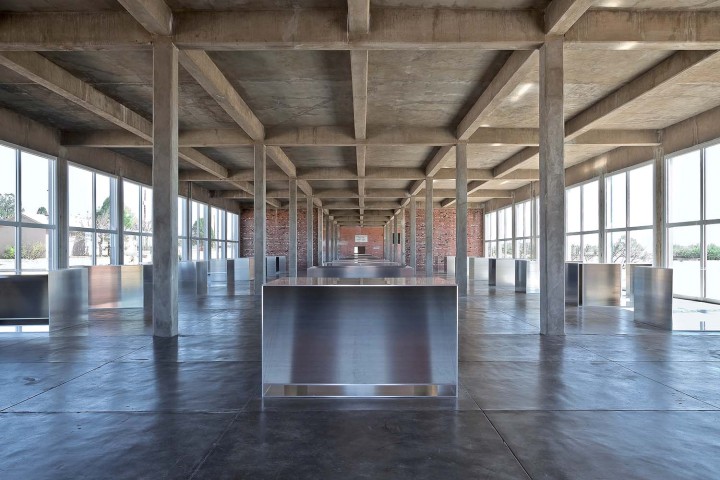 A permanent, large-scale installation by Robert Irwin will open in the summer of 2016 at the Chinati Foundation in Marfa, Texas. It is the first major addition to the Donald Judd–founded museum’s collection since Dan Flavin’s contribution was inaugurated in 2000.

Since leaving her curatorial post at the New Museum in 2013 to direct the Chinati Foundation, Jenny Moore has shepherded this project to completion while addressing major increases in visitor attendance and community involvement for the remote museum. Here she discusses current and future projects the museum is undertaking.

For the past two decades the press has loved to print headlines about Chinati versus the local community. How do you view the situation?

Chinati’s relationship with the community has grown much stronger over the last several years. Our education program has strong ties with the local community and schools — providing arts education, workshops and outreach.

There is greater recognition about the positive impact that Chinati has had on the town, its economic prosperity and sustainability. While the town of Marfa has grown and developed and the arts have flourished here — inspiring people from all over the world to visit — Chinati remains the center of that development. As generations grow up with the art at Chinati and develop a relationship to the museum through our education and community programs there is more a feeling for Chinati as a good neighbor than something apart from the town.

Robert Irwin’s installation opens next summer. What was it like joining the museum in the midst of such an important project?

The Irwin installation at Chinati will be the largest freestanding structure designed by the artist and devoted permanently and exclusively to his signature shaping of light, space and perception. The possibility of helping to complete Irwin’s installation is one of the reasons I came to Chinati. He is among our most important and influential American artists. Donald Judd’s mission in founding the museum was to support the work of artists with permanent installations according to the artist’s wishes, and the Irwin project continues that mission. The conversation about the installation developed over fifteen years between Irwin and Chinati, so it was important to find a way to make this a reality. We announced the capital campaign six weeks after I arrived in Marfa. We raised over 80% of the funds in a little over two years time and began construction on the project this past summer. It’s been thrilling to see the work finally take shape! To have a permanent installation by Robert Irwin amid the light and land of far-west Texas, and among the work of his friends and peers, is a deeply inspiring experience.

It’s Chinati’s first large-scale permanent project in almost two decades. Is the job of the museum to grow slowly, or is it to nurture what has already been grown?

Our mission is to support the work of artists according to their wishes. Judd wrote about the artists he wished to see be part of the collection at Chinati, and Irwin was among those artists. We are stewards of the works in the collection and are committed to preserving those works in perpetuity. After we complete the Irwin installation, we will turn our efforts to a major restoration of the artillery sheds in which Judd’s 100 untitled works in mill aluminum (1982 – 86) are installed.

Before Judd’s death, he completed works and plans for a complex of buildings on the Chinati campus. What are the plans for these?

There is an ongoing conversation about the structural and institutional feasibility of completing the concrete buildings Judd designed for Chinati. We do have works in the collection that Judd made specifically for those buildings that we have only been able to exhibit periodically — and some not at all. It would be very exciting to complete these architectural works and installations by Judd and see his vision for Chinati complete.

A museum-wide conservation plan will be the major project after inaugurating the Irwin. What are some of the issues you’ll be dealing with?

Chinati is set within a former military fort whose buildings were constructed in the 1920s, ’30s and ’40s. Although these structures contain modern materials like concrete, glass and metal, those materials break down and are certainly affected by the harsh climate of far-west Texas. Judd stressed an idea of permanence for the installations at Chinati, so in order to preserve and protect the installations and the whole Chinati complex for generations to come we have begun work on a master preservation plan for the museum. This will address not only the art, the architecture and the land, but also our future programming and the growing number of visitors and their needs.

Maurice and Paul Marciano, the two brothers who founded the denim company GUESS?, realized a tour de force with the…

In complexity theory, an attractor is a mathematical representation “of a dynamic (the systemic long-term behavior) that is intrinsic to…