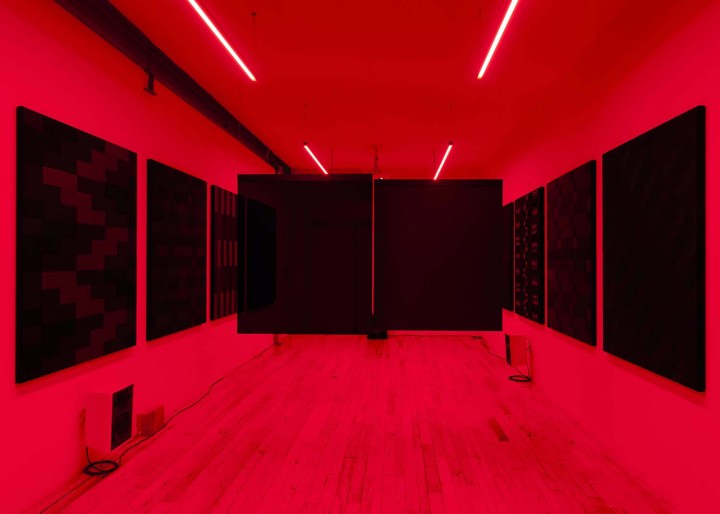 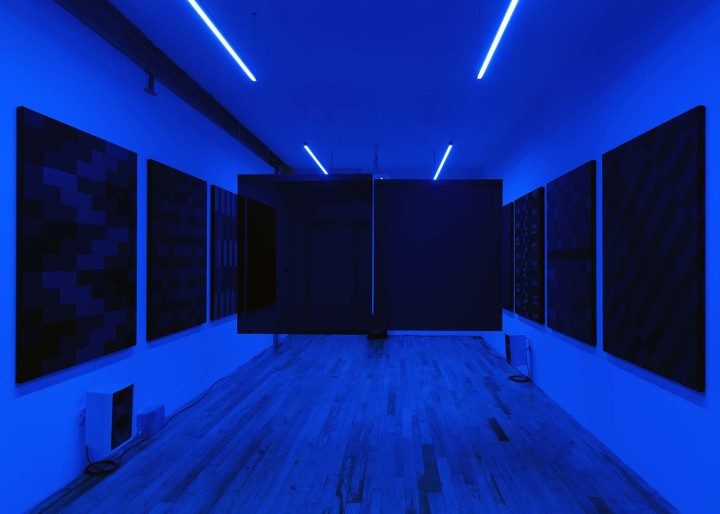 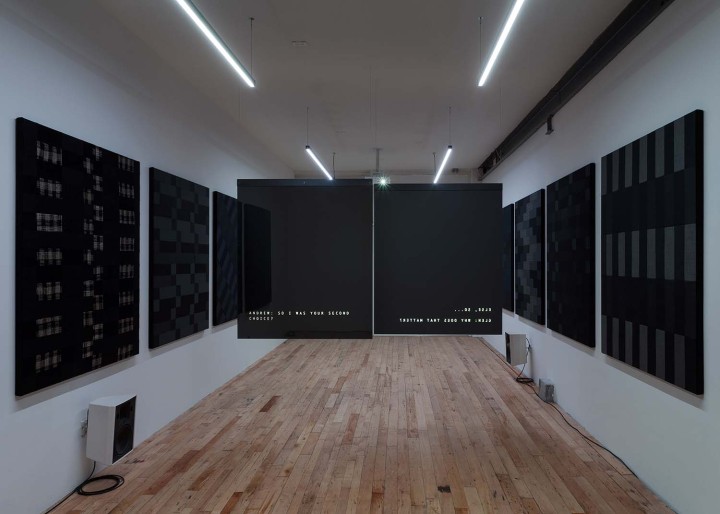 Emotional nakedness and defenseless sensitivity will draw out much from a person, not all of it attractive. In a dark room, a talk between two characters, Glen and Andrew, takes the form of two transparent black screens suspended from the ceiling, each side of the conversation scrolling at the bottom of each screen.

The dialogue is borrowed from the 2011 film Weekend, in which a character, also named Glen, is a struggling artist who interviews his dates in depth. The exhibition “Why Don’t I . . . Pretend To Be Your Dad” folds back another emotional seam, as the film’s character was inspired by Fogel, whose past lover, director Andrew Haigh, long out of touch, made the film about their time together and released it without ever contacting the artist.

A handful of folding chairs are lined up on each side of the two center scrims where the lines of dialogue are projected; the viewer has the option to take sides and read along with either Glen or Andrew. The couple’s conversation is broadcast loudly, reflected on sound panels lining the gallery’s perimeter. Anonymous yet deeply intimate, their twenty-minute discussion, interspersed with stage direction asides — [TRAFFIC PASSING], [INDISTINCT CONVERSATIONS] — begins when the day starts in Glen’s apartment. Starting with morning formalities, we gather that the pair met in a gay club the previous night and are strangers to each other as much as they are to us.

The spare theatricality of the show is occasionally interrupted by a fully consuming blare of bright strobe lighting and a few isolated beats from Rihanna and Sinead O’Conner hits; the interludes are not addressed in the ongoing dialogue, giving the setting a disassociated, dreamlike non-context, its lack of explanation as alienating as it is distinctive from the ambient noise of the urban setting. The conversation pauses for it but ignores it. The sound panels are quilted canvases, made from scraps of pinstripe suits owned by men who have been significant, in unspecified relationships, in the artist’s life.

With its black glass, hi-tech sound system, dim lighting and almost-but-not-quite-hidden designers labels, the slick room suggests the deconstructed contents of a Wall Street-era bachelor pad. Its gleaming vacancy sterilizes the uncomfortable affection that Glen and Andrew exchange. It also conceals any easy escape or release from such vulnerable confrontation.

It is estimated that a trillion photographs will be taken this year, mainly on the mobile devices we all carry… 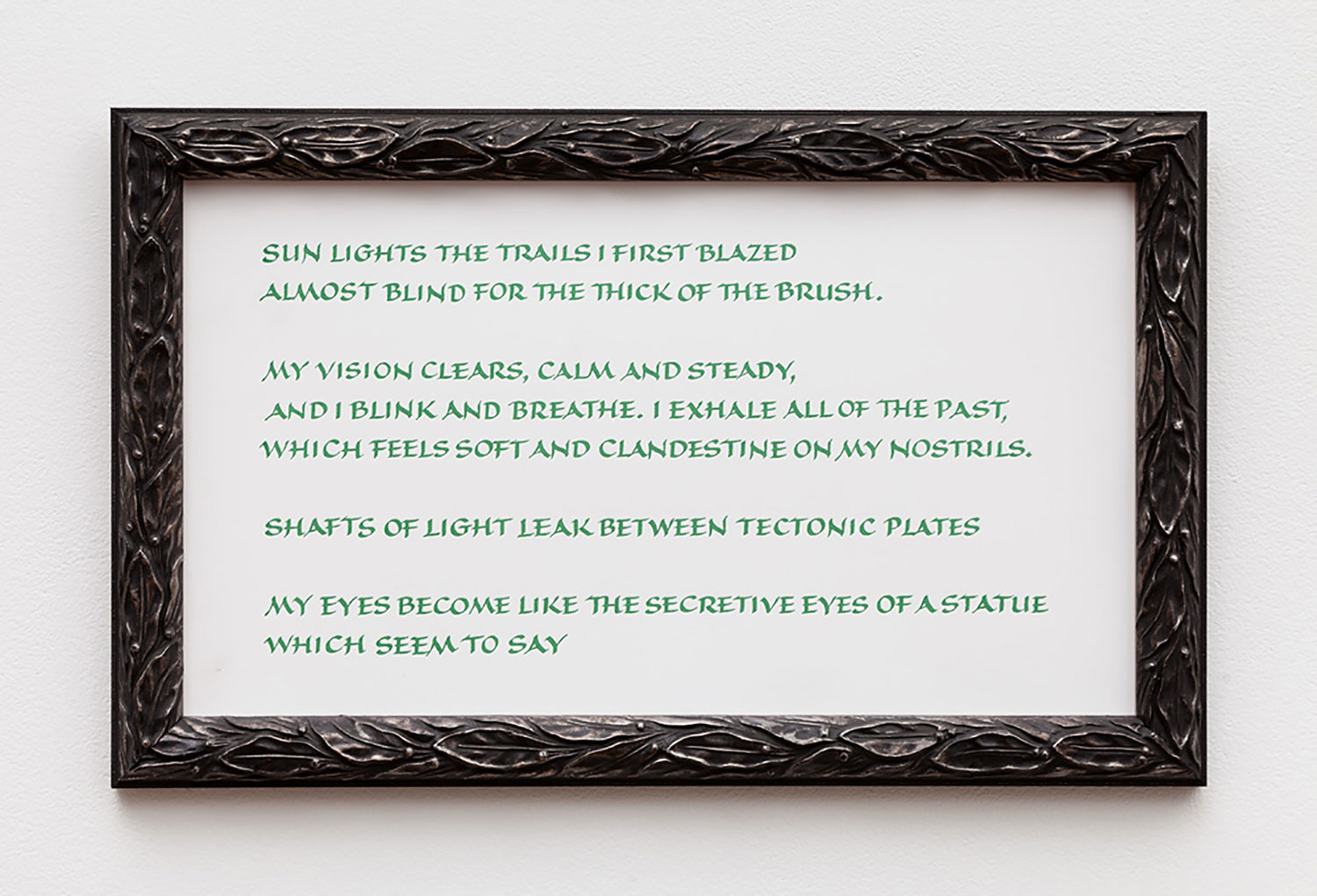 The spiritual bliss of heaven on earth — as in, “I am in total heaven right now,” “my own little…