The spiritual bliss of heaven on earth — as in, “I am in total heaven right now,” “my own little slice of heaven” — is frequently an individual experience, even when shared aloud. But hell on earth is a collective experience. Unlock the Gates at JTT proposes that the gates to hell are always open. The show explores how the hyperbolic language surrounding concepts of heaven and hell describe singular and collective joy, suffering and other modes of lived experience. Behrang Karimi’s painting Bedren (2014) evokes Hieronymus Bosch’s spiritual landscape rendered in Cy Twombly’s loose brushstroke. Smoke billows and phantasmal demons contort against a crag. The piece stems from the story of the famous mountain climber Reinhold Messner, whose brother died descending a Himalayan mountain. Bedren is a grief-stricken hell in somber gray.

On the opposite wall, four blurry photographs of an austere young woman echo the climber’s solitary voyage in Ellie de Verdier’s Untitled (2014). Shot from the perspective of an object on display in a shop window, glass reflections occlude de Verdier’s central figure. Amplifying the conversation (think Josephine Pryde) between photography and sculpture, steel rings hang from the corners of each photograph, dangling like decorative fragments of industrial chain link. De Verdier recalls the bleakness (or hell) of a late January afternoon in Berlin. De Verdier and Dena Yago, the show’s curator, interpret suffering most literally in their collaboration Column of Black Salt (2014), a pile of salt clumps strewn over a long strip of galvanized steel. The work invokes Lot’s wife’s craning neck from Genesis’s cursed cities, Sodom and Gomorrah.

Yet there are quiet moments of pleasure amid the pain. Oto Gillen’s The Robin’s Nest (2014) consists of a photograph of a robin’s nest and a computer mysteriously concealed within a hand-carved wooden frame. The piece connotes both the stillness of bird watching and the serene flickering of a sleeping laptop. Elsewhere, a twisted wooden branch gestures gracefully in Ben Morgan-Cleveland’s Untitled (Where are you from? How do you know this person?) (2014). The branch resembles a slouching cross or a figure extending skyward.

Kayla Guthrie’s eponymous poem Unlock the Gates (2014) in vinyl letters on the gallery window tangle the experience of heaven, hell and earth into a network defined not simply by joy and suffering, but by uncertainty. Her protagonist is at once everywhere: terrestrial, celestial and in purgatory. Within and without the gates, one migrates easily between each realm.

It is estimated that a trillion photographs will be taken this year, mainly on the mobile devices we all carry… 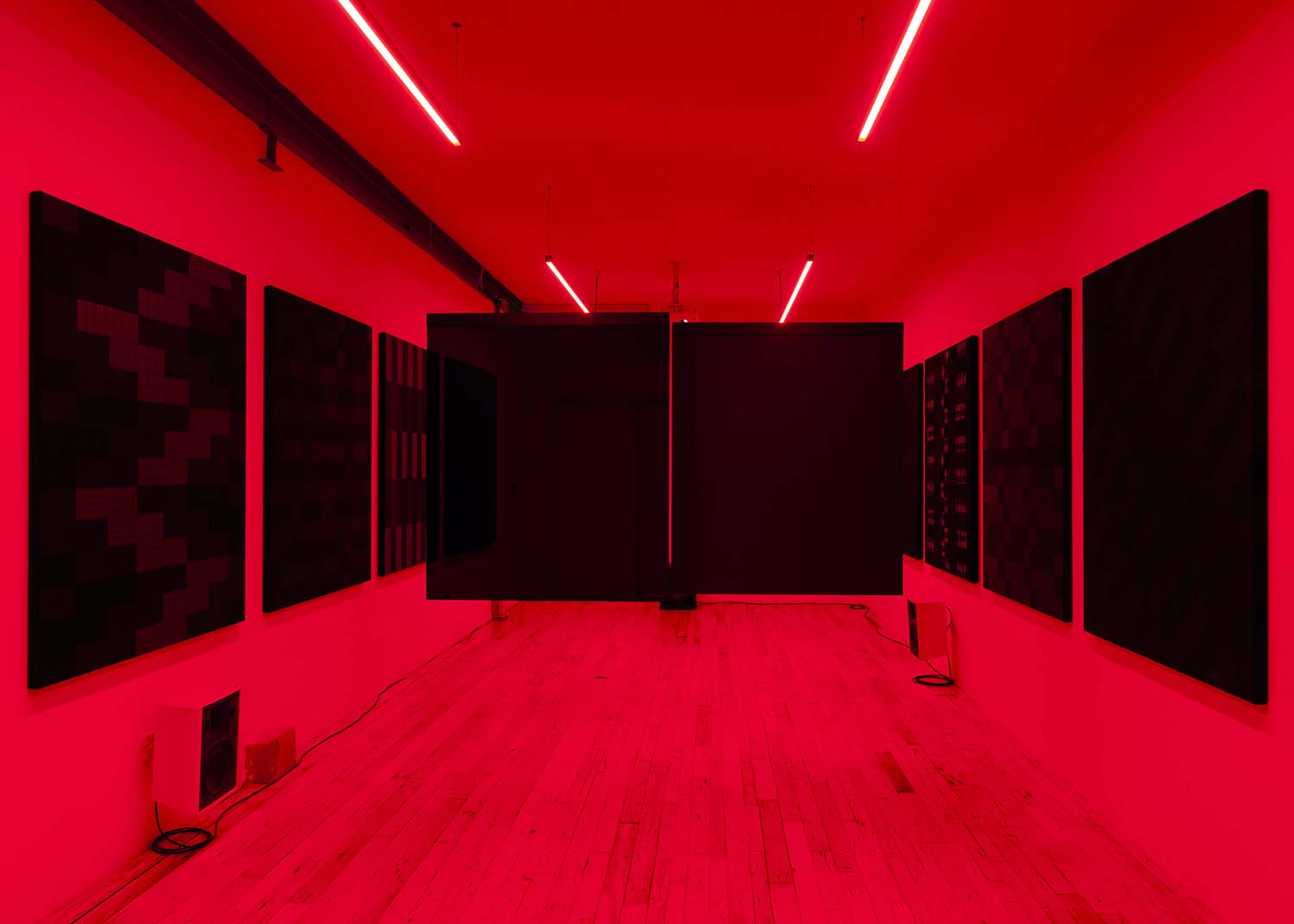 Emotional nakedness and defenseless sensitivity will draw out much from a person, not all of it attractive. In a dark…