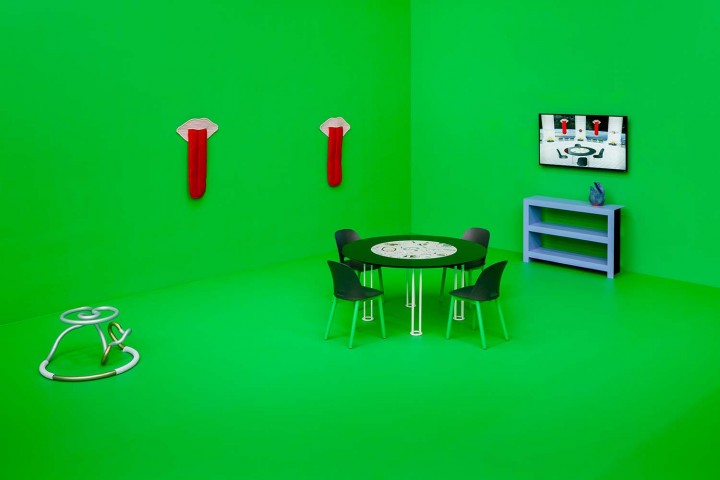 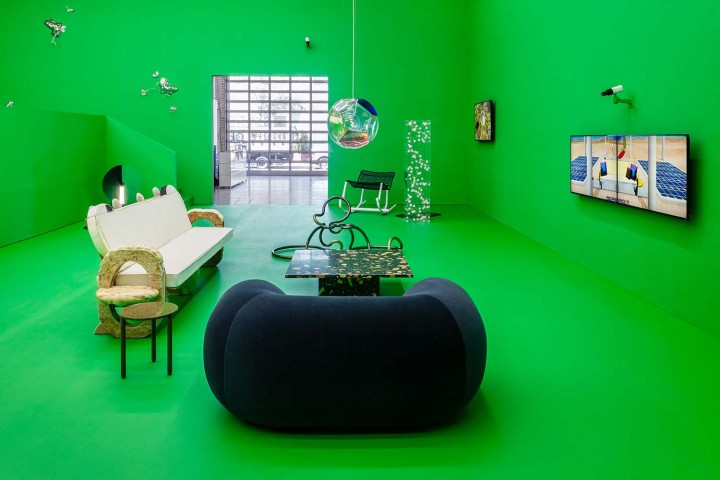 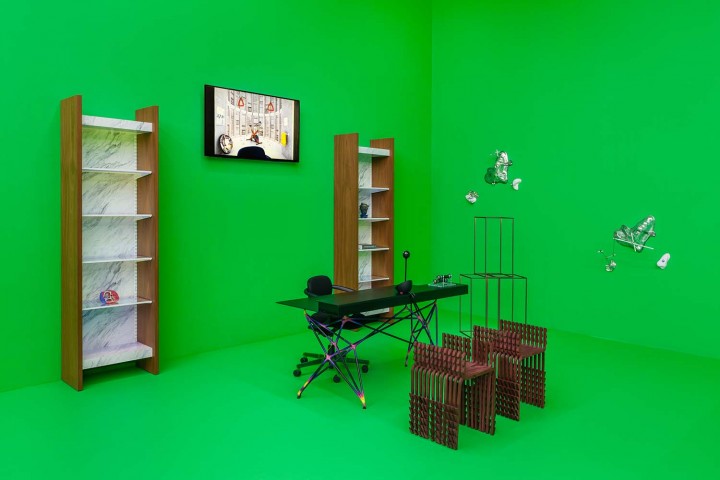 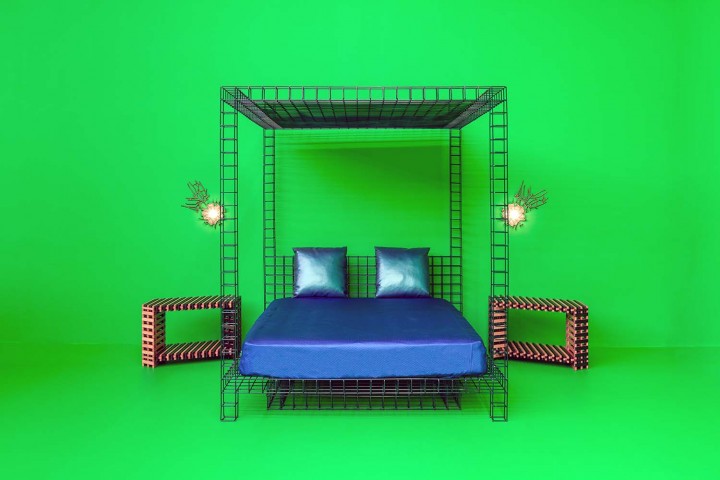 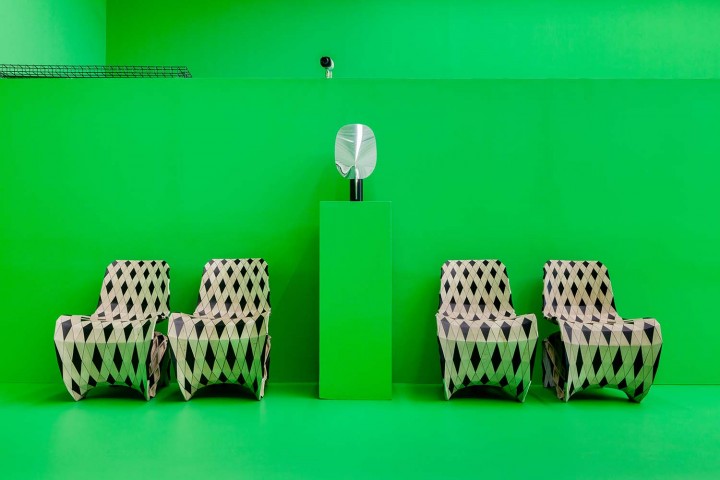 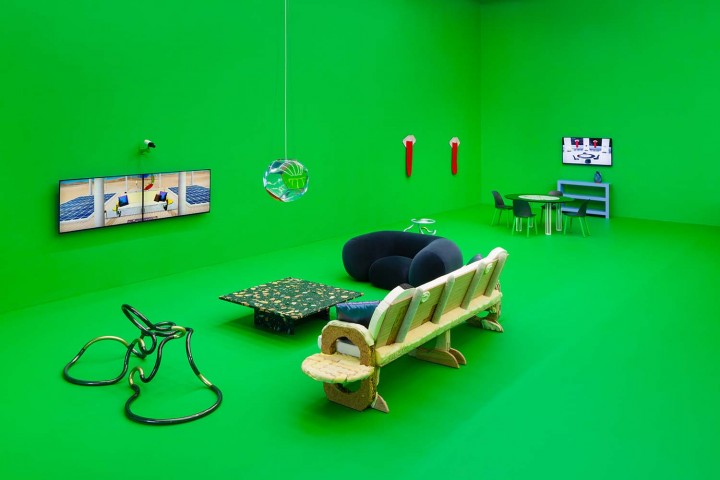 The second installment of the Swiss Institute’s “Annual Architecture and Design Series,” proposes a re-interpretation of the historical premises behind Le Corbusier’s 1925 Pavillon de l’Esprit Nouveau.

Exhibition curator Felix Burrichter — also the editor of the architectural magazine PIN-UP — invited architect and artist Shawn Maximo to conceive a panoptic environment in which the visitor inhabits an estranged chroma key setting. The chroma key allows for the visitor’s image to be captured by the many surveillance cameras installed in the space and in turn transposed into digital environments projected onto wall-hung flat-screens. Replacing the art in the Pavillon — the Légers, the Ozanfants — the screens are intended to suggest a “point of no return” in technology’s pervasive influence on everyday experience — a direction that Purism embraced and that Le Corbusier unequivocally celebrated with his Pavillon’s mass-produced aesthetic.

Today’s technological avant-garde is also echoed in the actual items that constellate the exhibition: Paul Kopkau’s carbon-fiber version of Piero Lissoni’s Frog Chair (1995–2005); a Max Lamb coffee table fabricated in the designer’s signature engineered marble (Marmoreal, 2015); a pair of Lindsey Adelman’s 3-D printed wall lamps (Marina Sconces, 2015); a Bethan Laura Wood table with a laser-cut, laminate marquetry surface; and so on. Organized into six zones recalling the basic domestic areas, these object displays mimic a contemporary dwelling yet do not address any actual changes in people’s understanding of domesticity since Le Corbusier’s time. Given that innovation in furniture fabrication can be experienced in any of the many design stores that surround the Swiss Institute, one wonders if an art institution’s exploration of design should offer a more substantial examination of the twenty-first-century phenomena that affect people’s lives (ask Edward Snowden if he has developed a different understanding of domesticity since he’s been forced to dwell in a Russian dacha). While the main achievement of this exhibition’s closed-circuit structure is to engender uncountable art selfies; that it is the most Instagrammed exhibition in 2015 is probably indicative of the real “point of no return.” 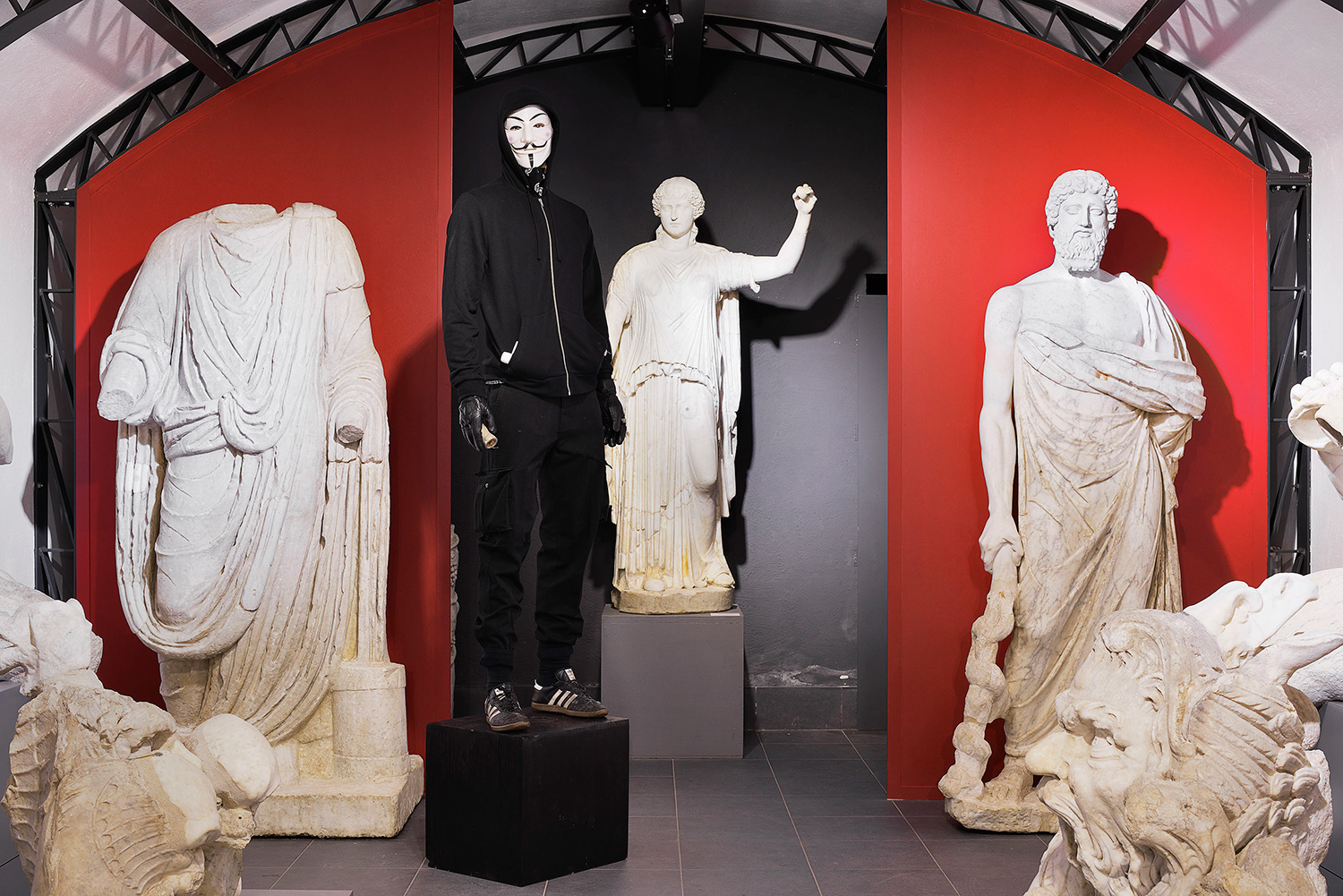 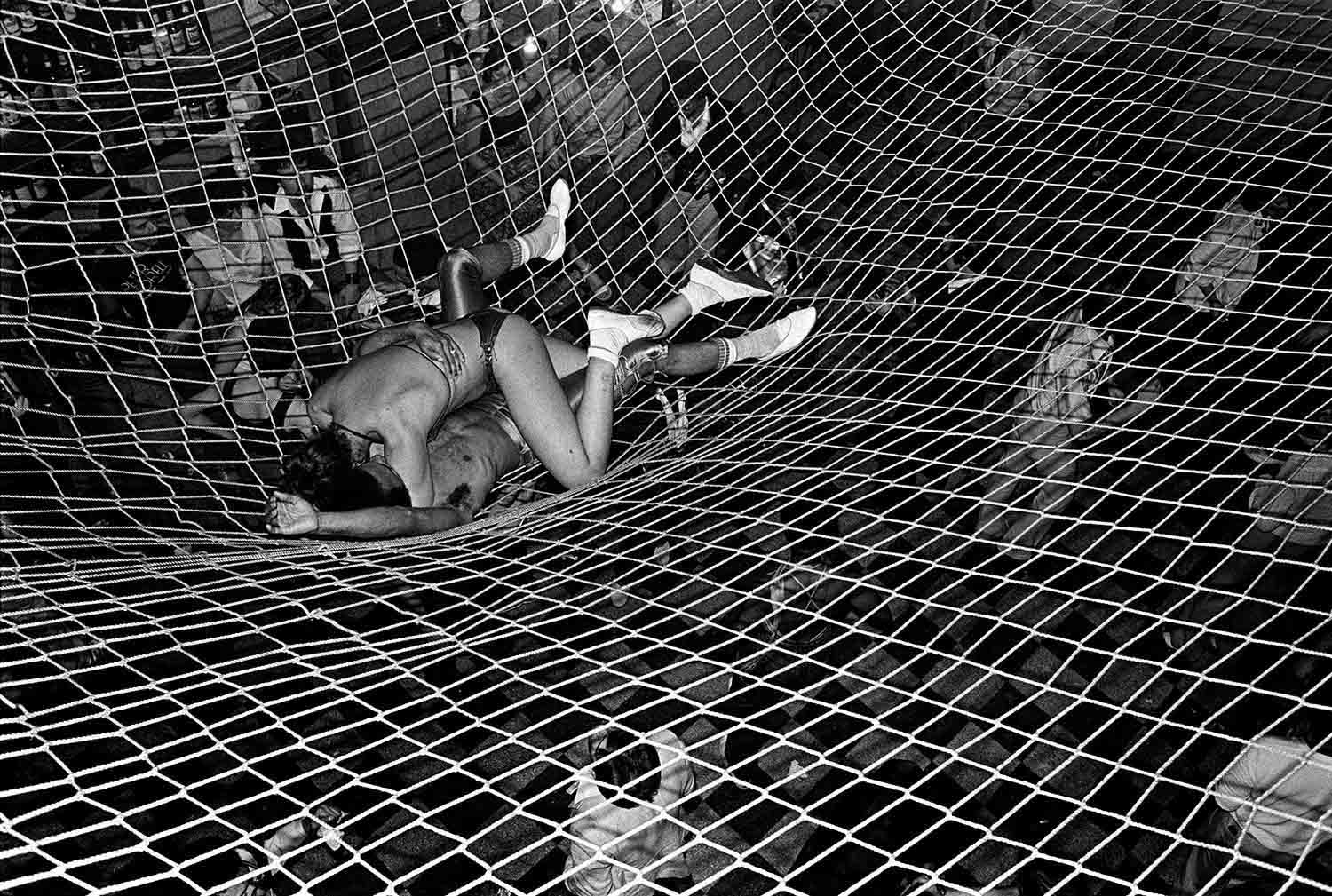 Jenny Jaskey, director and curator of The Artist’s Institute, discusses the organization’s new ventures and its continued pursuit of long-term…