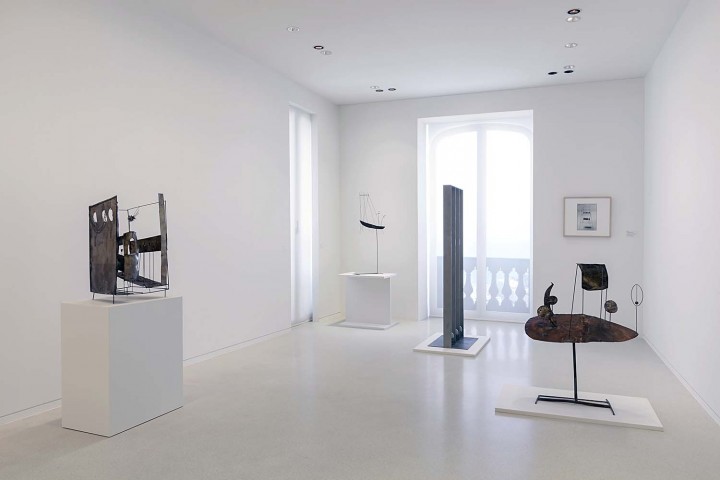 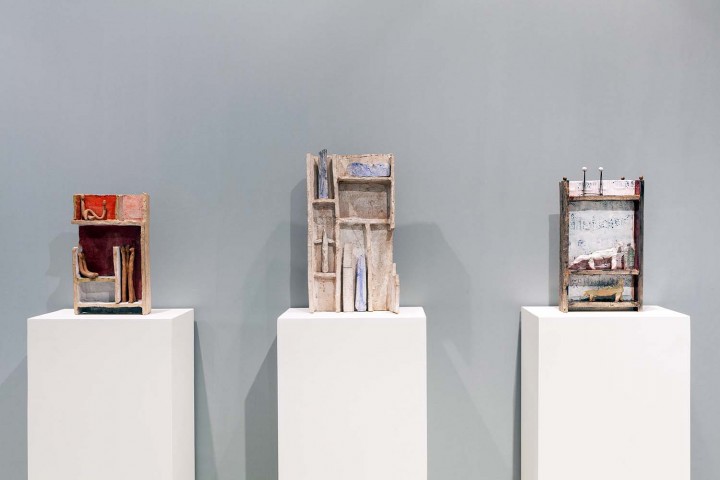 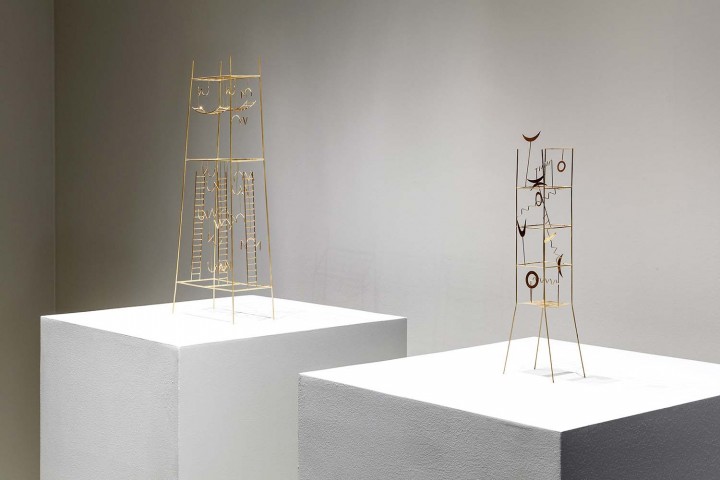 Hosted within the elegant interiors of Villa Paloma, one of NMNM’s two venues, this exhibition offers a unique reading of the creative parabola of Fausto Melotti, among the most celebrated artists in twentieth-century Italy.

Reassessing Melotti’s extraordinarily vast output, the two exhibition curators, Eva Fabbris and Cristiano Raimondi, retraced the artist’s well-known but never fully explored creative dialogue with architect and designer Giò Ponti and his presentations in the magazine Domus, which Ponti founded in 1928 and intermittently edited until his death.

The exhibition is structured around Domus’s displays of Melotti’s art (the first of which is contributed by Ponti’s daughter, Lisa, in the magazine’s 230th issue from 1948); portfolios of Ponti’s architectural commissions in which Melotti served as decorator, such as the legendary Villa Planchart in Caracas; and articles/manifestos written by Melotti himself.

The 1963 text “L’incertezza” [The Uncertainty] reads: “… the artists of my generation … have come to take a part, at least in spirit, in many fashions and schools, by which the mind, filled with unrest and faced with so many invitations of all kinds, had to find itself unconsciously the prey of a rich and fatal uncertainty…”

Melotti chose to illustrate this approbation for creative inconsistency with an eclectic constellation of art that, when encountered in the flesh in this exhibition, makes for an abundance of tactile, visual and imaginative stimuli of a type fostered only by artistic explorations of a rare sensibility and curiosity. In the room devoted to “L’incertezza,” three terracotta sculptures, suggesting fantasy encroachments into the formalist containers of Spazialismo (i.e. I vizi e le virtù, 1959), face two plaster tiles decorated with signs recounting ancient codes and patterns. On the sides, a row of the abstract, threadlike metal sculptures that are among Melotti’s signature art (Omaggio a Scheiwiller, 1962; Reti, 1961; etc.) confronts the majesty of Scultura n. 14 (1935), displayed here in the form of a solitarily photograph by Ugo Mulas (the actual sculpture towers in the museum’s atrium).

Just as Daniel Hug fills the gap left by Gérard Goodrow as Director of Art Cologne, the latter has just…