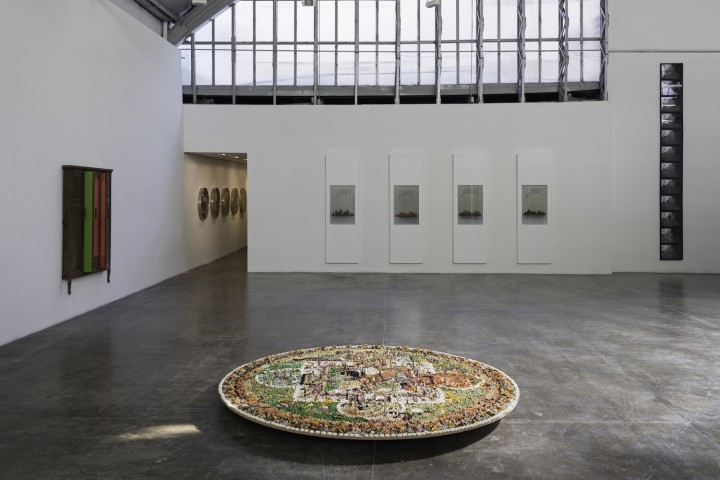 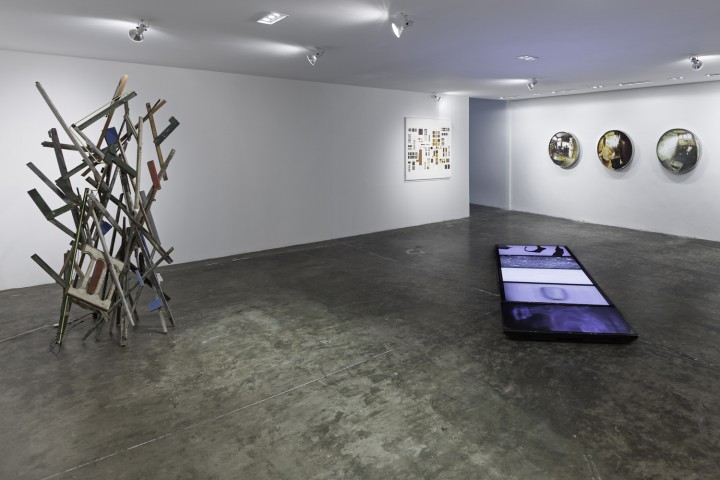 The exhibition is titled “Regenerated.” The word in Chinese has multiple meanings: “regeneration” means also “double life” and “second life,” and for Dong this exhibition meant exactly that. He’s entering the fifth cycle of his life (according to the Chinese Zodiac), which is the most significant, because by then you have already consolidated who you are and what you will be doing for the rest of your life. He feels very strongly that the Beijing where he grew up and where he started his artistic career hardly exists anymore, and he always had the ambition of reinstating beauty in the city. So the idea of building the “old Beijing” in a new city like São Paulo was so appealing to him that he put a lot of emotion into this work. When he finished the intervention, it was very emotional for me as well, because my family left China when I was very little, and moved to Brazil, a totally foreign country for them.

Tell me about the Currents – Art and Music foundation.

Among the goals of my foundation is to stimulate exchange between the art world in China and in Brazil. In China, and in Beijing especially, we’ve seen exhibitions of art from everywhere in the world, but so little from South America. Brazil has such a huge and long-established art production, and it was really worth showing in China. On the other hand, Chinese artists had been shown in the São Paulo Biennial, but otherwise Chinese art is hardly known locally. Since I was born in Shanghai and grew up in São Paulo, I felt I am probably the only person who knows both languages, both cultures. It’s been almost a mission for me to support this kind of exchange.

How did this mission begin?

My first interest in art was in Chinese painting. My father brought a trunk of Chinese paintings from Shanghai to São Paulo, and I looked at these when I was a child. I studied Chinese brush painting at the age of ten — at that time Zhang Daqian was living near São Paulo in Mogi das Cruzes, and my fantasy was to study with him. Obviously he wouldn’t take a child, so I studied with another professor. By the time I was ready to study with Zhang Daqian, he had moved to California. In Brazil there is no course on the history of Chinese art, so I decided to go to Paris. And since I studied art history in Paris, it was all Western art.

So my whole life I have been dealing with fine art, but almost always looking at Western art with a Chinese perspective, or how it relates to the Chinese sense of art history. For example, the work I did with Roy Lichtenstein in Singapore in 1995. I commissioned six monumental sculptures called Brushstrokes, as brushstrokes could be seen as a transplantation of Chinese painting in American Pop art. He also realized a series based on Song dynasty landscape iconography. Roy and I had many conversations about the development of those paintings, how he could catch the accent of Chinese painting in his Pop language. I was fascinated with that, and I thought that the Chinese people had to see this work. Unfortunately, he died in the middle of this, but his widow, Dorothy, allowed me to go ahead and show the paintings in Singapore and Hong Kong.

You are also a collector. Has art collecting changed in recent years?

I think that there are more collectors than ever before. It has become much more than a hobby — it has become a real competition. On the one hand, I think that it is fantastic, because that means more people appreciate art; on the other hand, it becomes tied to investment and social prestige.

What have you been working on besides the Song Dong project?

We started planning an exhibition at the Museum of Modern Art in São Paulo with the collection of the Ullens family — with the idea that in the future São Paulo’s MAM will send their collection to China: traditional modern Brazilian artists together with new works created by Brazilian artists who I brought to China. However, the exhibition was canceled. But I curated an exhibition of Song Dong and Yin Xiuzhen, who were both going to create new works for that exhibition, at Baró Galeria in São Paulo. We had an amazing response to it. Everyone said it was a world-class museum exhibition.

New Yorker art dealer John Weber died over the weekend. Born in Los Angeles in 1932, Weber had a prominent…