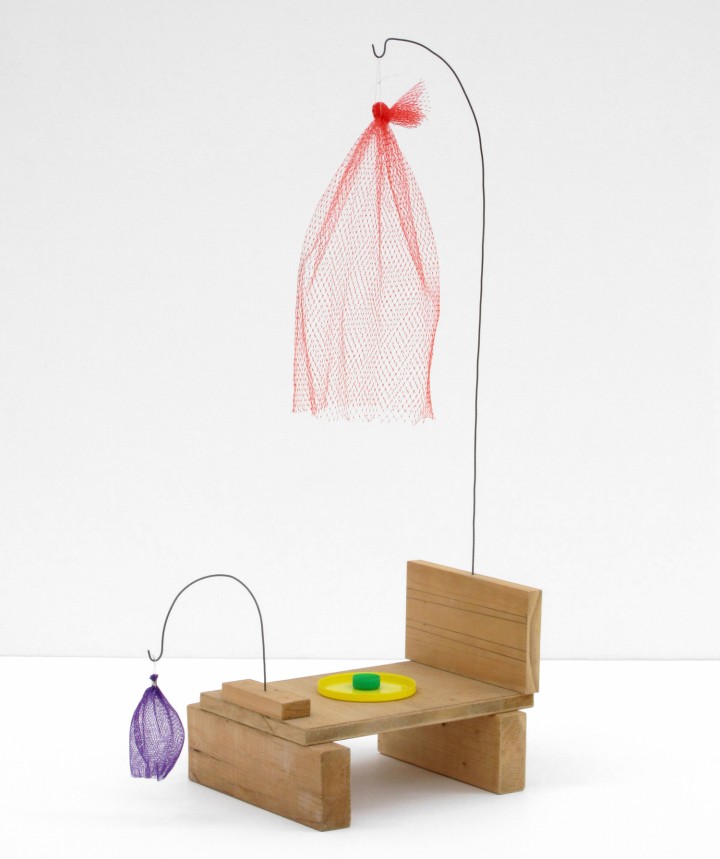 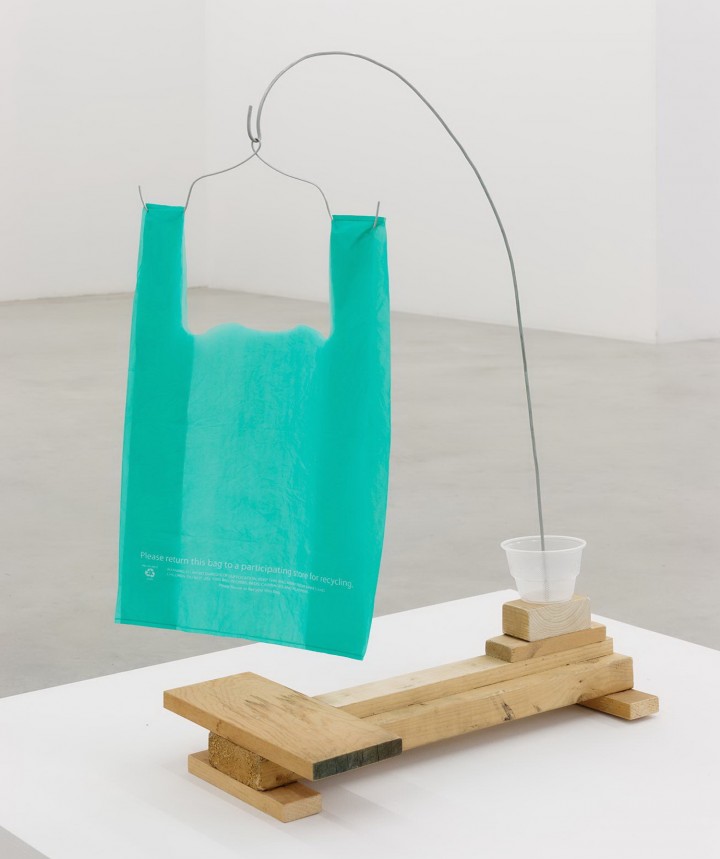 Found-object sculpture tends towards a materialism that highlights what objects bring with them when they come under the auspices of art. The gallery context can seem to overburden them with their own history. Deceptively attentive to traces of second-handness, B. Wurtz’s sculpture can at first glance make the serendipity of the trouvaille seem to be the point. But he turns such nostalgia on its head by having his finds be negligible and engaged in narrative conjunctions. It is as though an object complacent in a value predicated on its history were to suddenly begin to move, and move other objects with it.

Untitled (2012) and Untitled (2002) tie wooden offcuts into representational conceits that subvert the self-regard of the readymade. The triangular block of the former, mounted on three spindly fittings and placed on a plinth (the tautology of the double mounting is characteristically Wurtzian), looks like a miniature grand piano. But that image is qualified by a slide lock screwed into the block, at a slight remove from the bolt hole it would slide into: a distance that will never be bridged. An old bit of wood becomes a piano, which in turn becomes an oblique metaphor for sexual frustration. But to put it so literally is to belie Wurtz’s inimitable lightness. Untitled (2002) pitches a corresponding gulf between parts. A strip of wood, stood on a platform, is surmounted by a curved length of wire. At its end, a hook dangles at a fixed distance from the eyehole in the platform through which it would thread. The absurd futility of a construction doubling back on its own starting point reveals unexpected gravity by invoking the image of a hanged man. Wurtz’s objectivity dematerializes itself into vision. The early Slide Cubes (1979) — six slides pasted into a cube — are quintessential minimalist objects, minimalistically serialized, but also mini, six-screen viewing chambers that can only be viewed from within — a series of black facets implying the illusionism Minimal art blanked, and the memory its materialism rejected by restricting us to the phenomenological present tense. 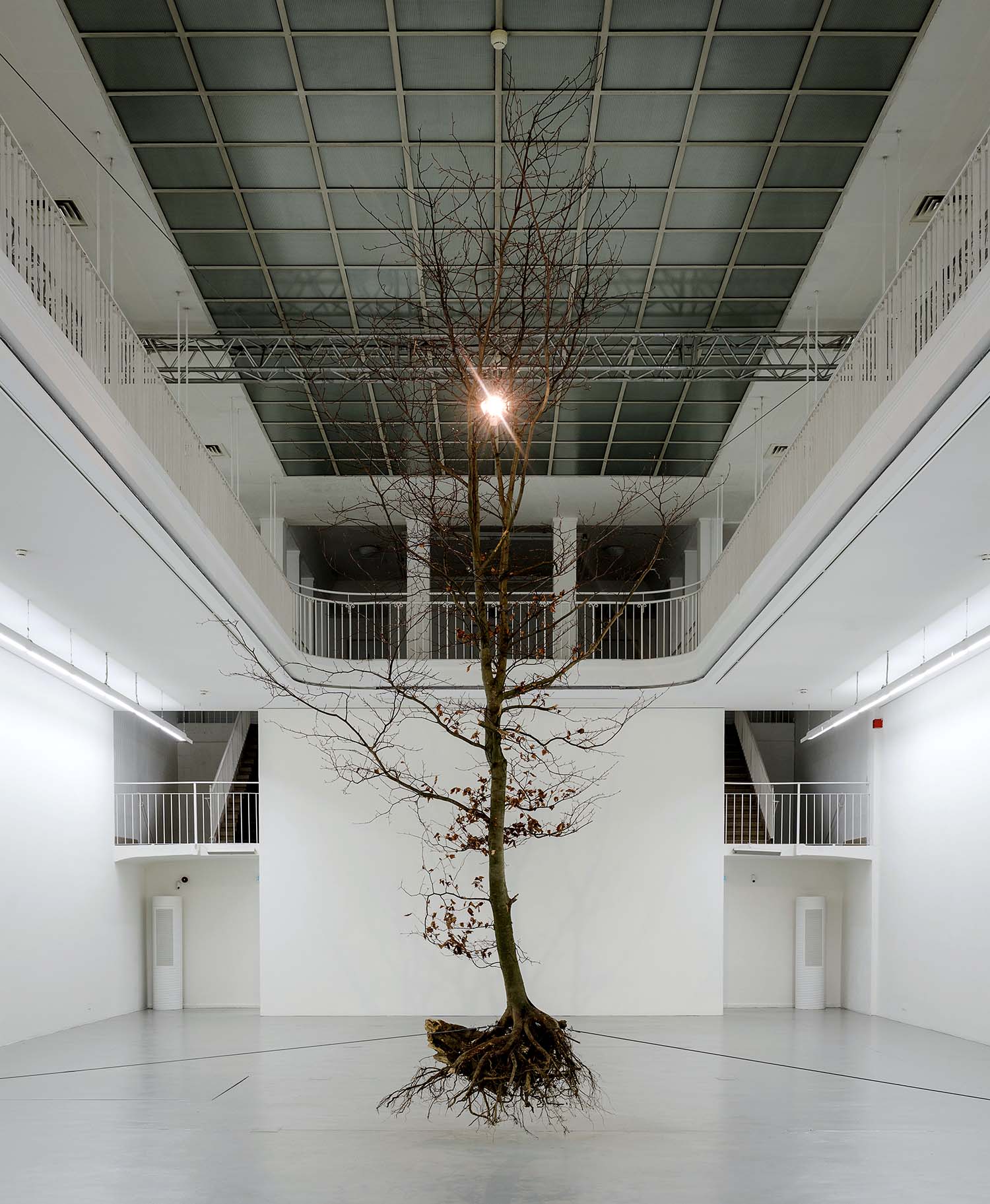 A felled beech tree is suspended in the main hall. Swedish artist Henrik Håkansson assumes responsibility for our collective destruction…

It is true: the grass is always greener on the other side. But the question remains: Just what is it,…