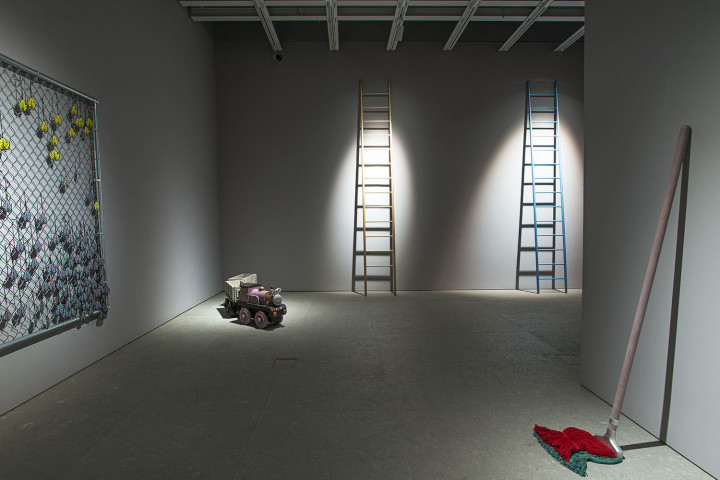 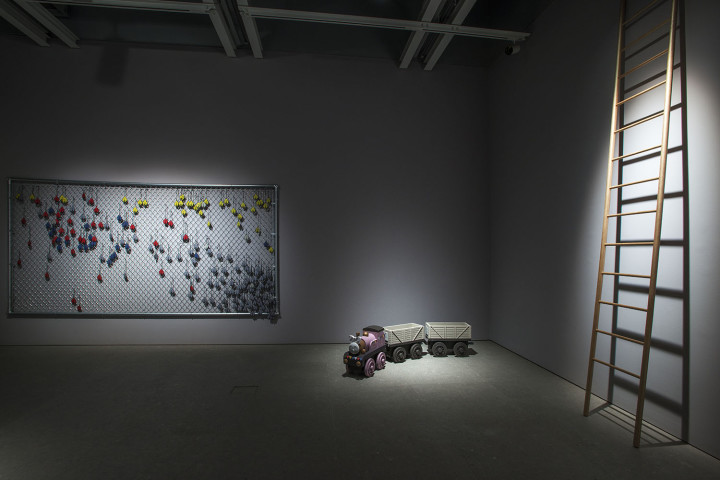 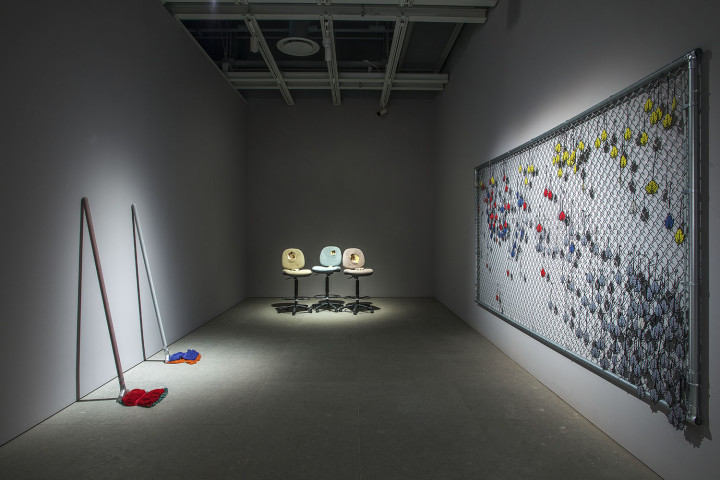 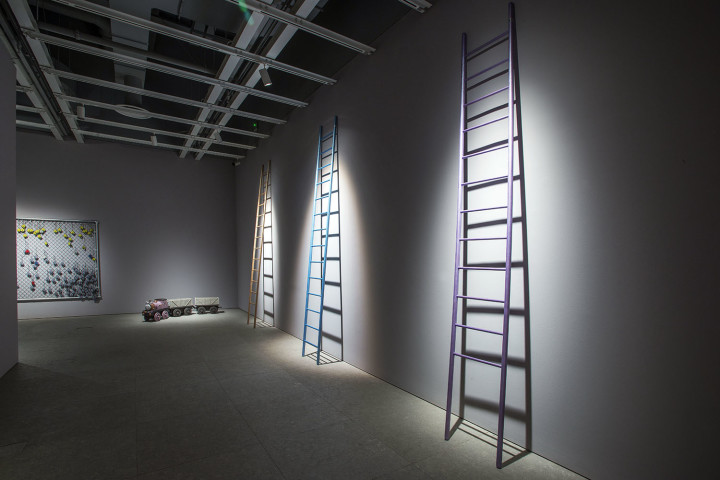 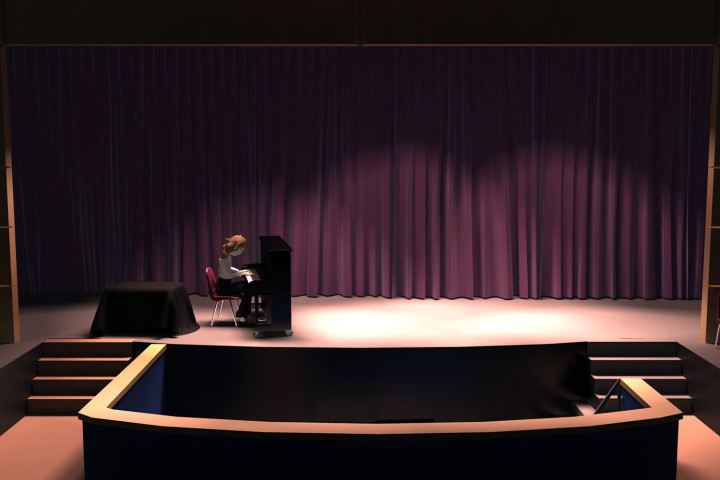 After “Columbine Library” (2014, at Société in Berlin) and “Columbine Cafeteria” (2016, at Greenspon in New York), “Brig Und Ladder” is Bunny Rogers’s third show partially dedicated to memorializing the 1999 massacre at Columbine High School, thus making it the final part of a sort of architectural trilogy.

The centerpiece of the show is the video A Very Special Holiday Performance in Columbine Auditorium (all works 2017), presented in a carpeted screening room with six spring-assisted folding auditorium chairs (Columbine Auditorium seating). Sitting in the auditorium chairs, we watch three animated characters (crude 3-D adaptations of characters from Clone High) ascend to the auditorium stage and perform a Russian rendition of a song from the musical Cats. While any true occasion for the “holiday performance” is indiscernible, it is understood to be related to the thirteen killed in the massacre — as a memorial, the limp and creepy preciousness of the recital casts an ambiguous mood of mourning that feels both earnest and put-on.

On the floor in front of the video lies a limp stuffed animal with a homemade quilting patch stitched to its abdomen (Tilikum body pillow). Rogers’s stated interest in the Columbine shooting involves online communities of teenage girls who express a fantastical and empathetic attraction for Dylan Klebold and Eric Harris, the tortured pseudo-goths who shot up their high school; Tilikum, the now-dead orca whale who killed two SeaWorld employees and a hapless trespasser, became an object of empathy largely due to the 2013 documentary Black Fish, which detailed the brutal treatment of whales in captivity. A homely body pillow of an actual killer whale speaks to the overwhelming and haphazard capacity of empathy: in this case, horror at human cruelty displaced and converted into warm feelings for a whale who, while deserving of respect and freedom, is unlikely to be a (huggable) friend of human people.

Beyond the screening room are a series of spotlit works (three wrecked office chairs, two sets of giant ladders and mops, a Thomas the Tank Engine toy, air fresheners hanging on a fence) that, per the press release, are to be understood as related to the artist’s own life and lost relationships. Their impenetrability makes them hermetic as objects of memorial or autobiography. The cheesy maroon curtains, then, differentiate between an onstage area that, with the Columbine memorial scene and Tilikum pillow, seems to speak to the inadequacy of empathy to deal with structural tragedy or individualized pain, and a backstage so oblique that it refuses anything like an identificatory response — with diaristic intimacy providing only the possibility for further alienation.