Having initially opened their gallery doors in Istanbul back in 2007, occupying a former factory building, Rodeo Gallery has recently expanded to open a space in London’s west end. With a stable of artists including recent Turner Prize winner Duncan Campbell, the gallery is regarded for its role in navigating Istanbul’s shifting arts scene, as well as having a program with a trans-geographic approach. Reaching a broader audience following the opening of its second gallery, founder and director Sylvia Kouvali discusses the growth of Rodeo Gallery and her distinction between what it means to be a gallerist rather than a dealer.

Rodeo began by representing artists from Turkey, Greece and Cyprus. What were the reasons for this?

I was pretty shocked by the lack of knowledge that existed between Greece, Turkey and Cyprus. The reasons are political, of course — or, let’s say geo-political. There were so many different people who didn’t know each other, who were working around very similar questions and thematics. For me, that was the starting point. There were similarities or connections between the art practices. At the time, there was no gallery bringing things together and creating a rodeo — which is the name of the gallery. In Latin, that word means to circulate and to surround. I’ve put together all these people who didn’t necessarily know each other. It’s always interesting when artists meet; some things succeed and some things fail.

What have you felt to be particularly successful?

I think the gallery is a pioneer in not necessarily looking into the Middle East as the Middle East. When I started the gallery, I was working primarily with artists from the three countries that we mentioned. But it’s been extremely important to have a trans-geographic approach. There are key artists in the program who deal with historical references and historical traumas, memories and the unconscious, sometimes appearing through the form of a found image or appropriation. Appropriation and archaeology have been very important in the gallery program.

Failures are part of our daily lives. Some things don’t work. Istanbul has changed a lot; the way people behave has changed a lot, or use art, the excitement around what art is and can generate.

Do you think art’s use value has shifted in accordance with the development of the city?

What are some of the most resonant shows in the gallery’s history?

The gallery’s very first show was called “This Then That.” We produced a really great piece by Ahmet Öğüt that had to do with politics and power — state power over geography. Later, it was also shown by Adam Szymczyk and Elena Filipovic at the fifth Berlin Biennale. The show we did with Banu Cennetoğlu called “Sample Sale” in 2010 was also extremely important — Banu introduced her problematics with editioning and photography. We opened the gallery in London with another version in October 2014. It was a compilation of all the newspapers that are printed in the UK in one day; they present the story of a country’s history in that one day. They become this kind of mapping, or an archive. For me, Banu Cennetoğlu is a key figure for the gallery and our approach to making exhibitions.

Another exhibition that has been quite important for me was a show we did with Iman Issa in 2011. Iman is a very important artist from Egypt who lives and works in New York and who we’re showing in London in March 2015. In this particular body of work, she’s dealing with how a public monument can be seen through the eyes of a conceptual artist today. She comes up with re-evaluations or remakes of monuments; she’s using language in an abstracted form to describe something that exists. In 2009, we mounted an important show with Christodoulos Panayiotou — a Cypriot artist who is representing Cyprus in this year’s Venice Biennale. We showed a work called Neverland. Its material comes from research done in a photographic archive in Cyprus. The artist was taking the 1980s and 90s as a time frame within which to examine images of daily life that speak about the history and influences of a country like Cyprus — the Western influences it receives and embraces, and the travesties that these influences create within the society.

You opened your new space in London at the end of 2014. Has that expanded your activities as a dealer and what you’re able to do with the program?

I’m not a dealer; I’m a gallerist. I think that’s quite significant for me. One of the reasons that the gallery expanded had to do with the market. But the market is something that’s not necessarily just financial. There’s a curatorial market and then there’s a market for journalism. In moving to London, we’ve achieved a lot in terms of making people more aware of what we’ve been doing as a gallery.

Is there anything specific regarding the gallery’s program for the coming year that you’d like to mention?

There are a lot of exciting things ahead, both inside the gallery and out. Christodoulos Panayiotou’s Cypriot Pavilion at the Venice Biennale is something that is really very important. Then Tamara Henderson has a show at ICA Philadelphia in April. Also, there is Iman Issa’s participation in the Sharjah Biennale, and then Iman has a solo show at the Pérez Art Museum in Miami, which we’re also looking forward to. It will be followed by her show here at the gallery, which will be her first-ever show in the UK. 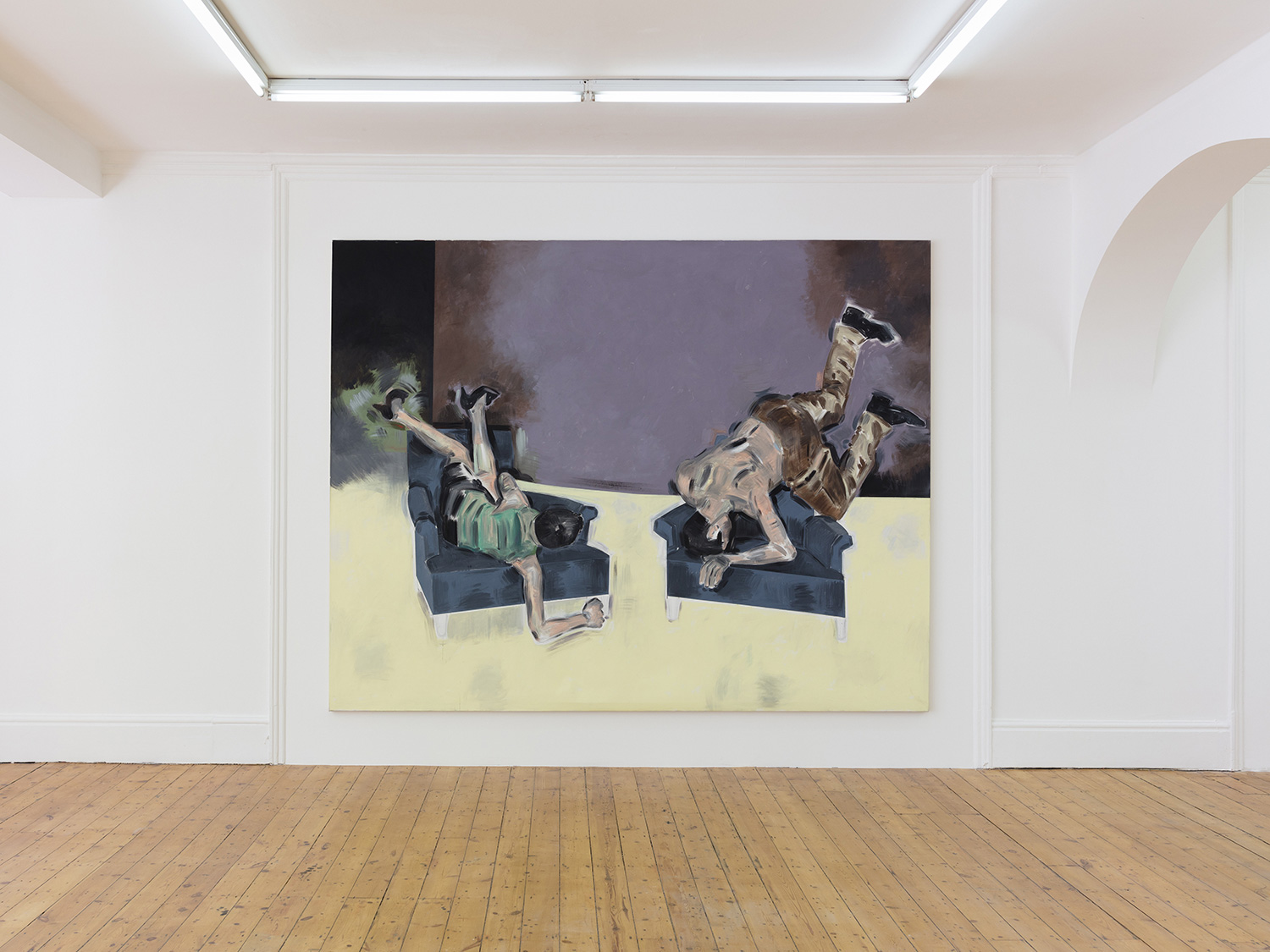 Little is known of writer Peter Zabelskis. In 1986, Slate Press published his Loop: 50 Ideas for Pictures. These loops…