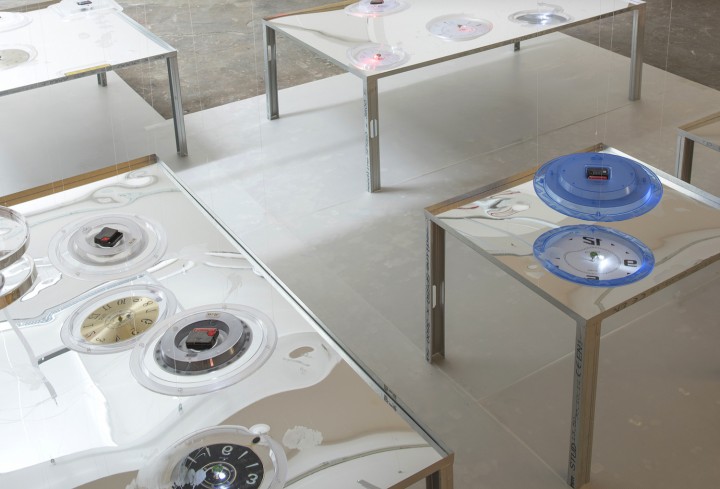 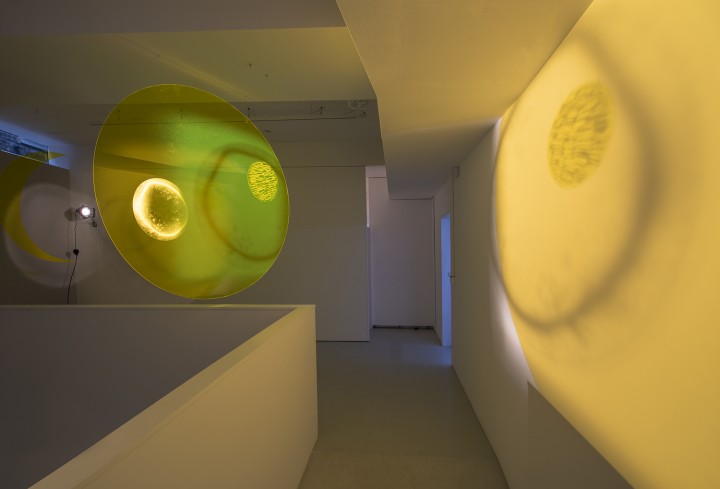 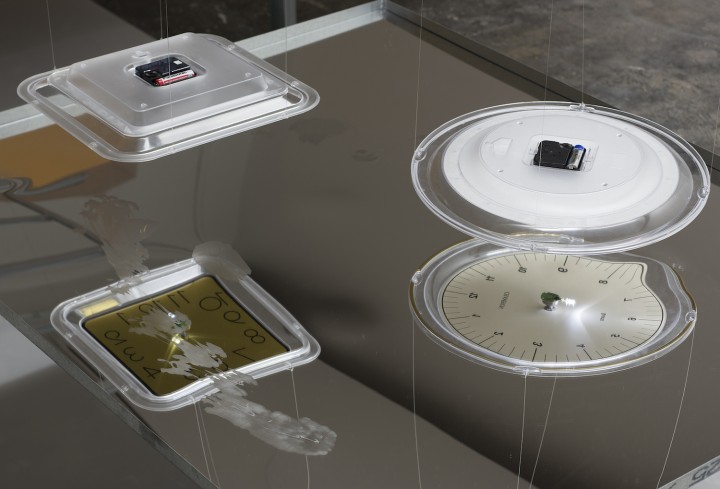 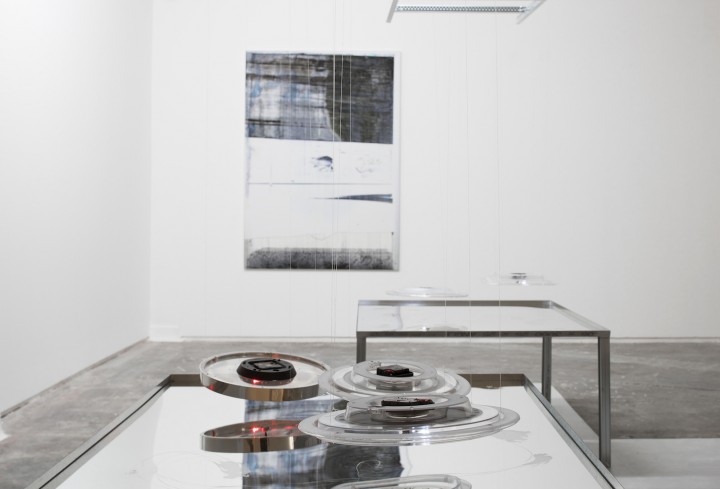 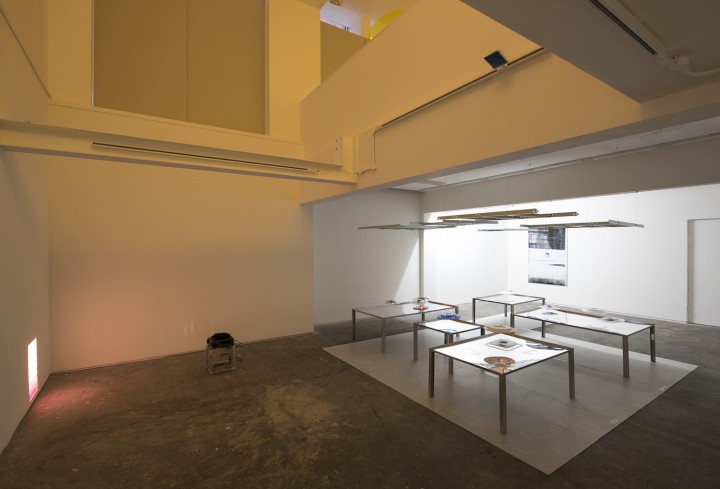 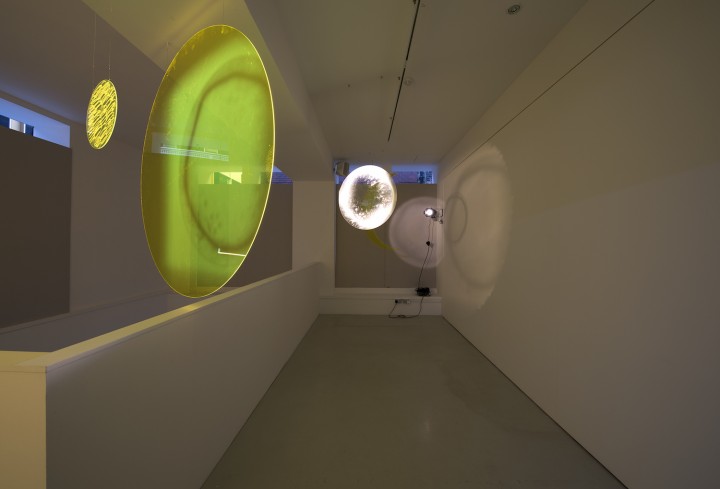 Paul Kneale’s “4 or 5 self portraits for free-form natural language descriptions of image regions,” his first solo show at Evelyn Yard, London, is a journey among machines, algorithms, information and aesthetics. Autonomous but somehow connected with an offsite project called “SEO and Co.” that was presented in October 2014 at Tank.tv, the exhibition challenges notions of authenticity, process and circulation, employing technology and Kneale’s South London studio life as parameters of discovery. “SEO and Co.” saw the artist repurposing algorithmically generated text from a Lunch Bytes panel discussion, Structures and Textures(2014), which he adapted as a bizarre screenplay filmed afterwards in his studio.

For the show, the artist has arranged an informal research partnership with Google to create automated text descriptions from image files. The documentation of the show will be given to Google for analysis, thus generating a new reading of the images dictated by a corporate-developed technology. Scenographically arranged among the two gallery floors, a number of sculptures, aesthetically informed by what the artist calls the “New Abject,” enact the process of technological documentation. Seen upon entering the space is Late afternoon light falling on an advertisement for a non-prescription cognitive enhancement medication (2015), a frozen object arrangement reproducing a specific moment in the artist’s studio life. The life of the artist and its paradoxes during the era of information technology is exposed by the use of low-fi materials, attractive at first glance but somehow revolting, filling the exhibition with experiences that provoke the fear of a breakdown between self and other.

On the lower floor, central in the space, plastic clocks hang on adapted mirror tables in Quantum £1 shop (2015), mixing DIY sci-fi aesthetics with the surrealist representation of liquid memory. Light, time and ontological transfers repeat throughout the space, looping once again the artistic gesture in preparation for Google’s critical reading of it.