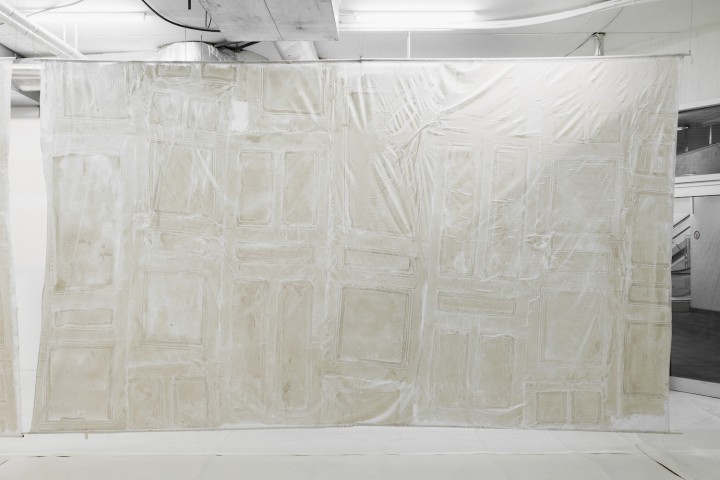 1
2
3
4
5
6
Mélanie Matranga, “Emotional not sentimental” (back, 2015). Courtesy of the Artist and Karma International, Zurich. Photo by Gunnar Meier. 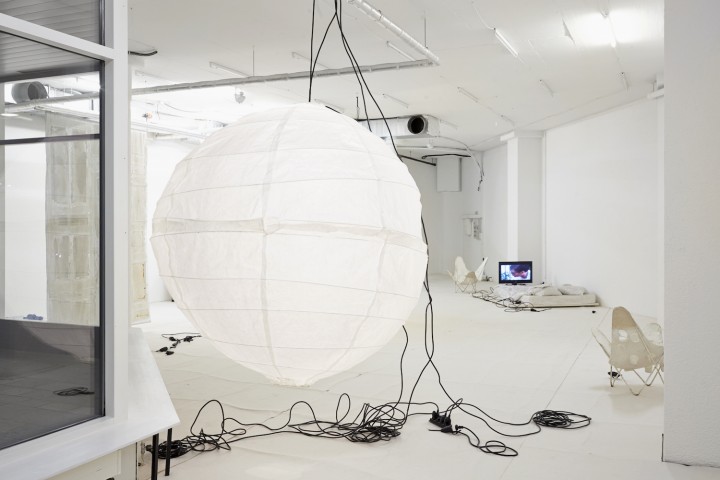 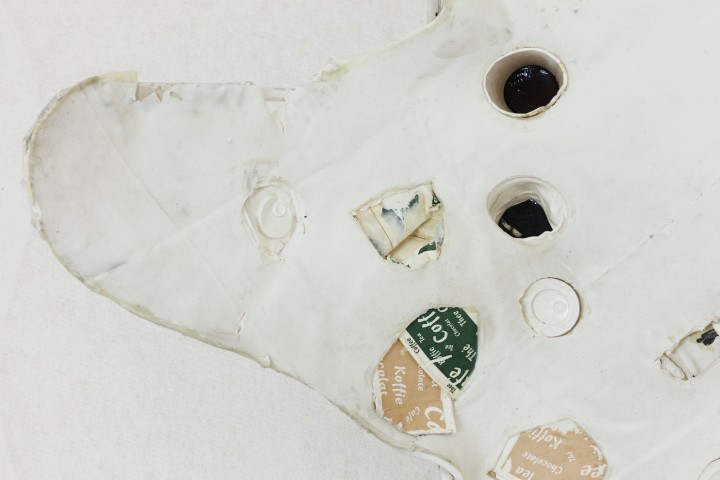 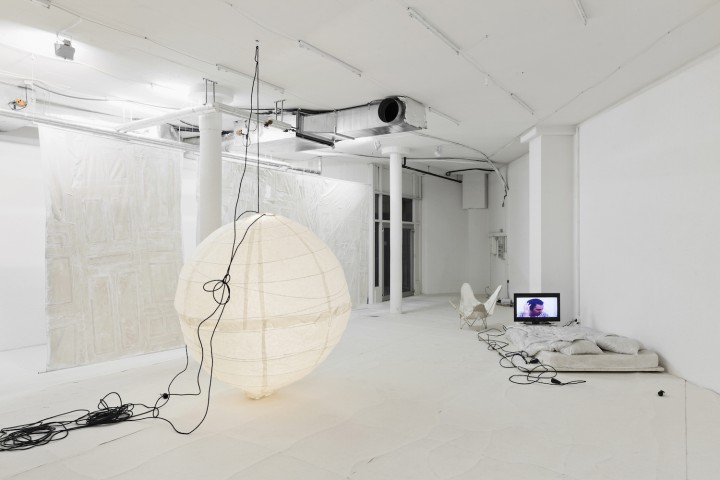 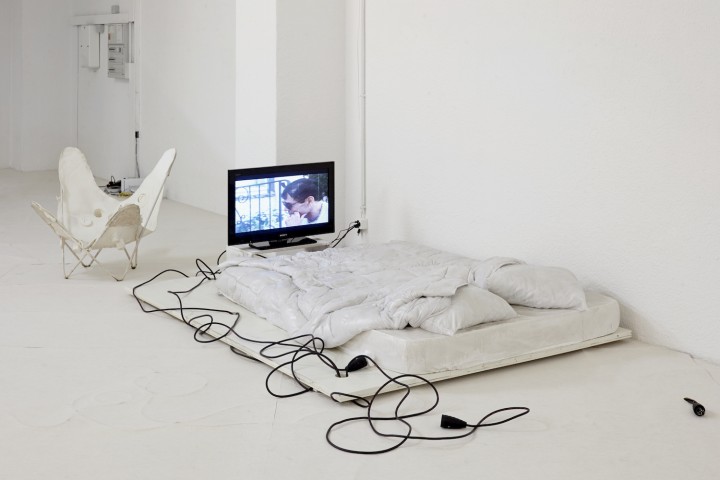 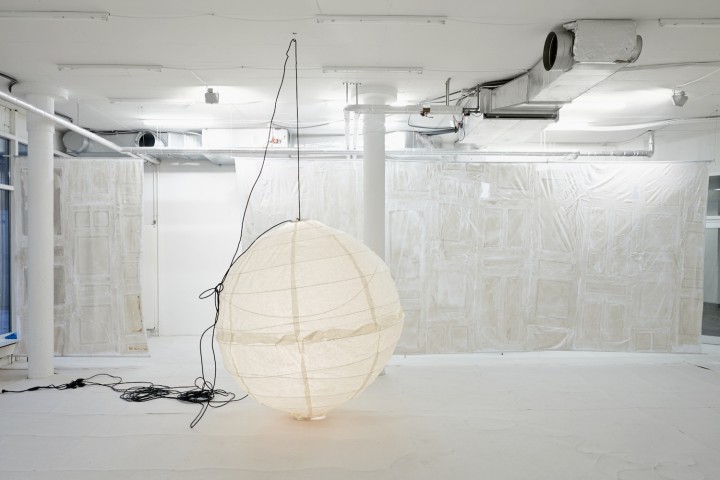 Mélanie Matranga’s “A perspective, somehow” turned Karma International into the kind of tasteful interior design store found on Zurich’s tonier streets. Two oversized paper lanterns expose the clean off-white space to the outside, in what would seem to be a lodestar to oncoming gentrification.

The works immediately look like yuppie design. Besides the lanterns (complex are complicated, 2015) there are butterfly chairs (overreacted chair, 2015), those hallmarks of efficient modern taste since their creation in 1938; hanging curtain­like room dividers (emotional not sentimental, 2015); a low platform bed (straight, overwhelmed, 2015); and white wall-to-wall carpeting (complex are complicated, 2014). Should I take off my shoes? It could be a one­stop shop for your yearly bonus.

But this is not the wall-to-wall carpeting of investment bankers and career academics. It’s cheap, and under it is a composed grid of electrical cables that gather tracked-in dirt in a way reminiscent of Brice Marden’s “Cold Mountain” series (1989–91). The lamps are clearly handmade, with speakers that emit a playlist. The chair covers are silicone, and cast within them are unusable depressions — a cup of coffee in the seat, for example. The wall hangings are silicone as well. Matranga borrowed doors from her friends’ flats in Paris and cast them against these curtains, creating expressive forms of personal spaces in a way that Rachel Whiteread knows well. The bed, while crusty and unmade, is not Tracy Emin’s; Matranga can emote without oversharing.

All of these objects traffic in one thing but deliver another. The pristine is replaced by the used and the cliché by the engaging. One has the sensation of the physicality of memories when in the space. Most compelling is Matranga’s repossessing of these symbols of soulless success and her repositioning them as signifiers of a creative life worth living. 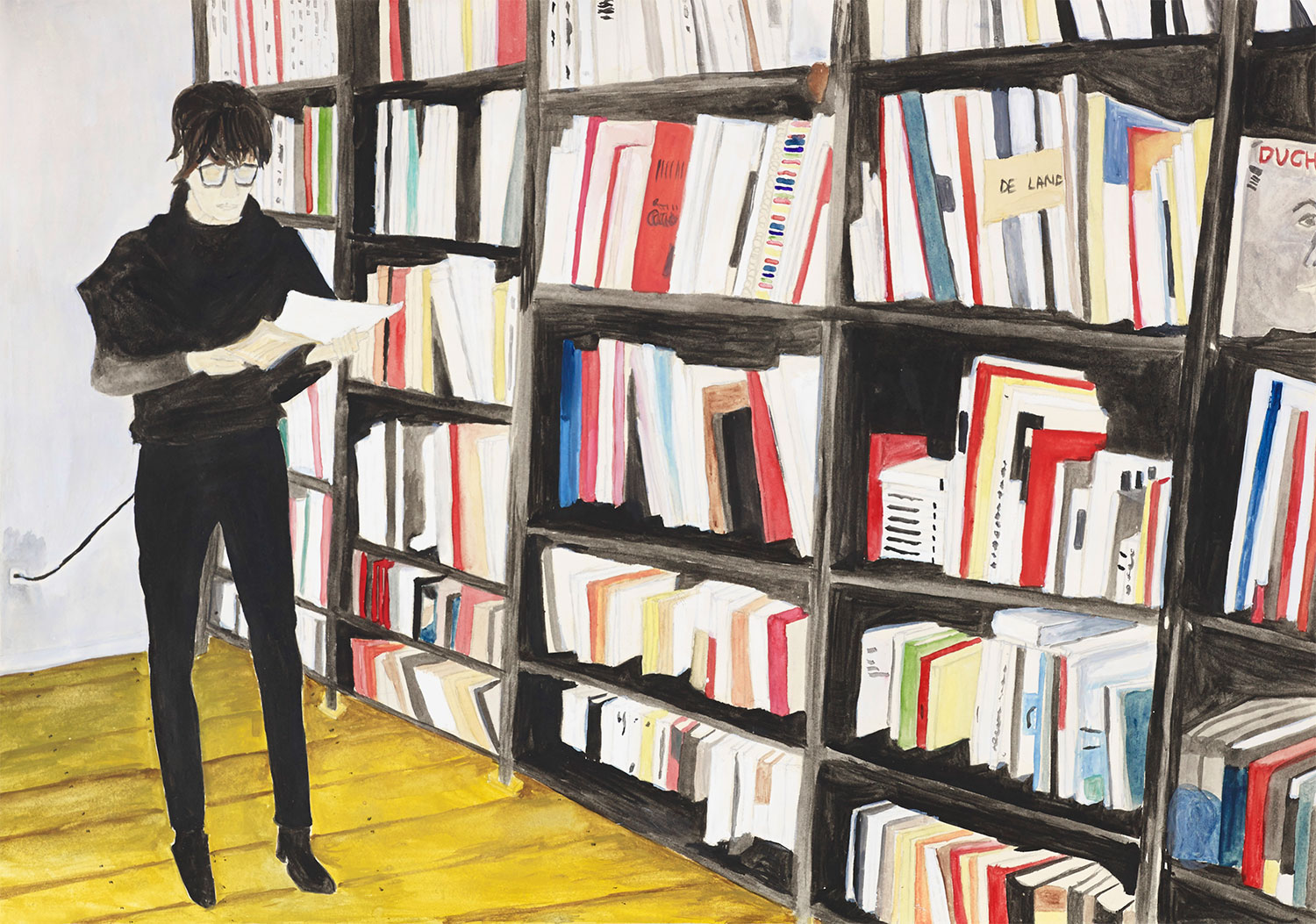