If, as media pundit Marshall McLuhan proclaimed, we become what we behold, then most Dubai residents are likely to be some form of outdoor advertising. The public space, choked by strident billboards and neon sloganeering, is fundamentally inhospitable to public art: two gigantic Farhad Moshiri canvases gracing the Dubai International Financial Center’s mighty lobby are as close as it gets. So when the Arab Fund for Arts and Culture (AFAC) unveiled the five public artworks it had commissioned under the title InVisible, eyebrows were arched in hopeful disbelief. Beirut-based curator Amanda Abi Khalil has skillfully handpicked regional artists whose verve for conceptual thinking is only outshined by their fascination with material. InVisible purports to disentangle what is both concealed and revealed in Dubai’s cultural, historical and architectural context.

Unsurprisingly when fathoming a city boasting the world’s tallest building, monumentality crops up. For Changing Clouds of Gas and Dust, Lebanese artist Vartan Avakian sampled water from the Burj Khalifa site, boiling it down to extract minute crystallized components — the unseen residue of the towering Burj’s monumentality. Displayed atop a glass-covered plinth, the jewel-like micro-sculptures are organic manifestations of memory on matter. In Dubai-based artist Vikram Divecha’s Boulder Plot, hoarding conceals a regiment of monolithic stones covering a plot the size of the artist’s apartment building. Each jagged boulder bears a neat, man-made hole, the residual mark of the quarrying process in which stones are blasted from the mountain mass. The resulting chunks generally constitute the urban underbelly — used as bedrock for artificial islands — yet are drafted here into a haunting site, potent with a silent, primeval force. Kuwaiti artist Mounira al-Qadiri, of artist collective GCC fame, translates the cog-laden structure of the stealthy oil drill into a flower-like monument in Alien Technology. Shimmering in oil-slicked pearly hues, the sculpture embraces, in one chromatic masterstroke, the historical extremes of the Gulf economic spectrum — pearls and petrol.

Most works are begrudgingly corralled into the theme-park-cum-souk cluster known as “Heritage Village,” where they will remain until March 2015. (Only Emirati artist Sheikha al-Mazrou’s perception-bending minimalist sculpture Stand Here escaped the Village confines.) If work of this caliber cannot ravel itself into the urban fabric, rather than being sidelined by the city’s capricious attentions, then the prospect of public art in Dubai is grim indeed.

The plans to build the Louvre and Guggenheim’s branches are on track in SaadiyatIsland, the new Abu Dhabi cultural centre.… 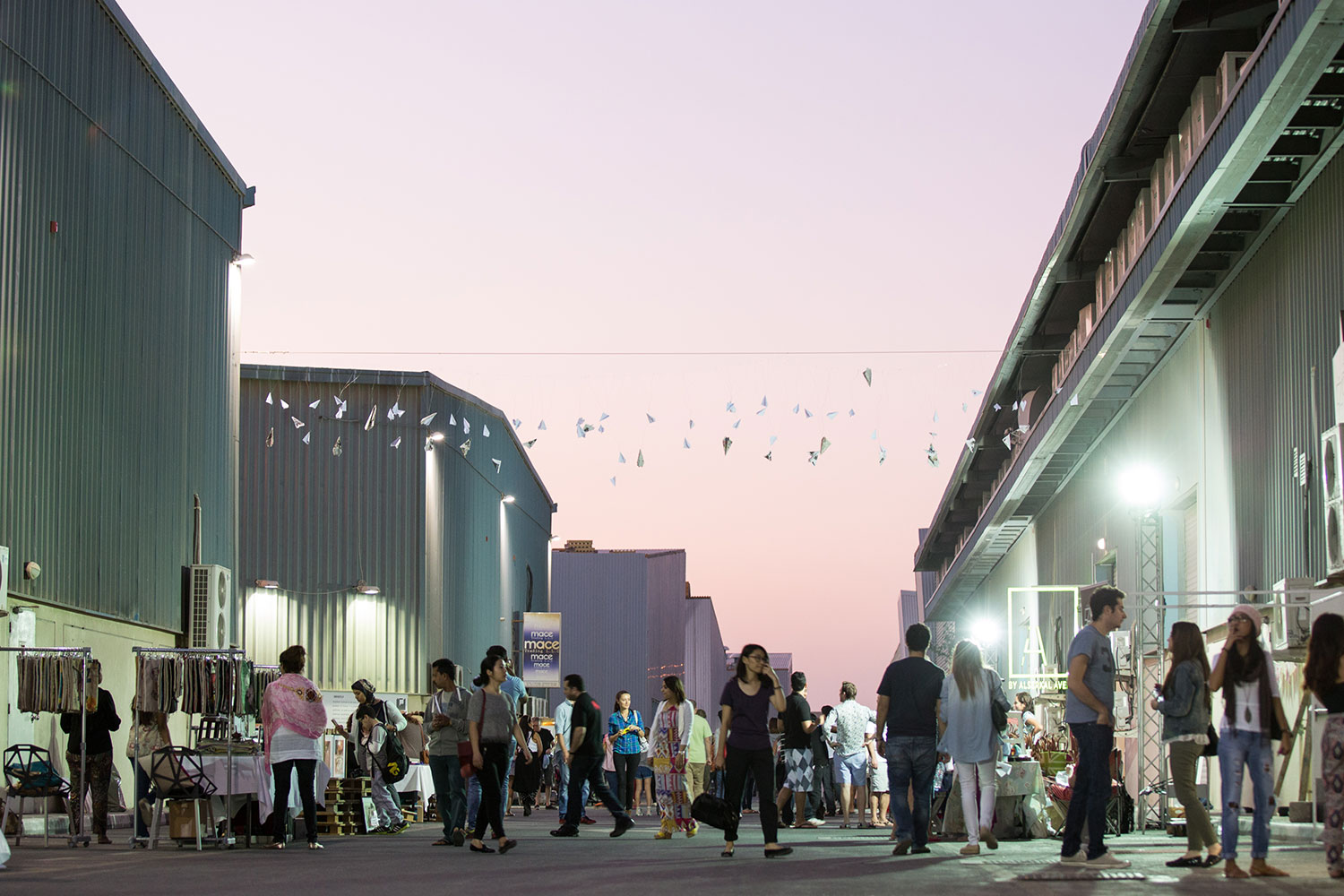 Mr. Abdelmonem bin Eisa Alserkal gets edgy when he’s called a patron of the arts. Unassuming by nature, discreet by…