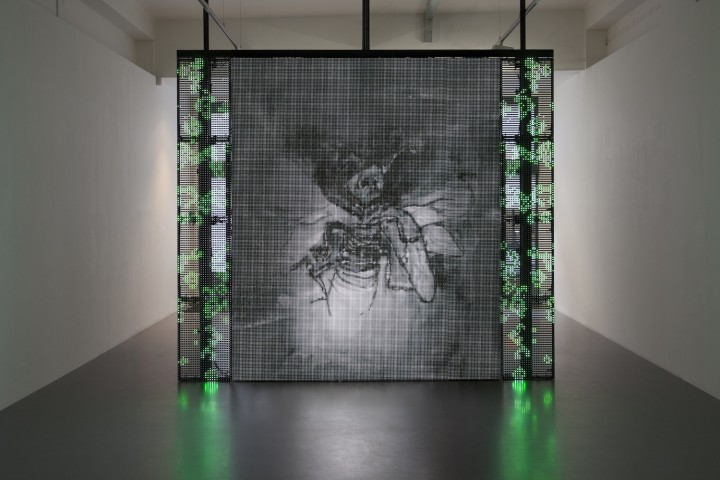 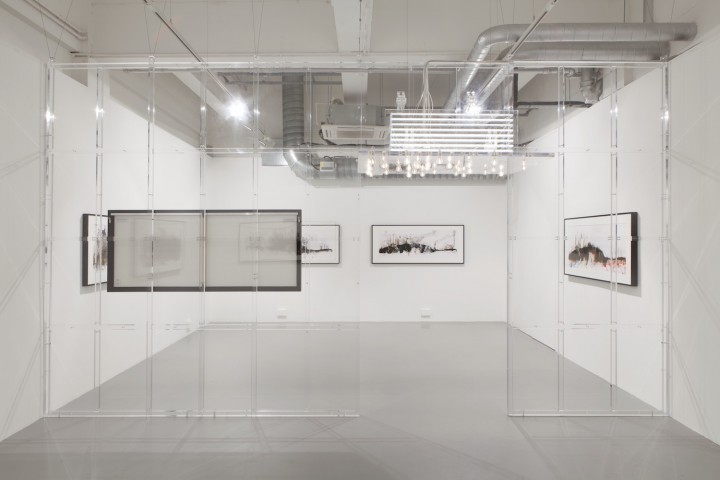 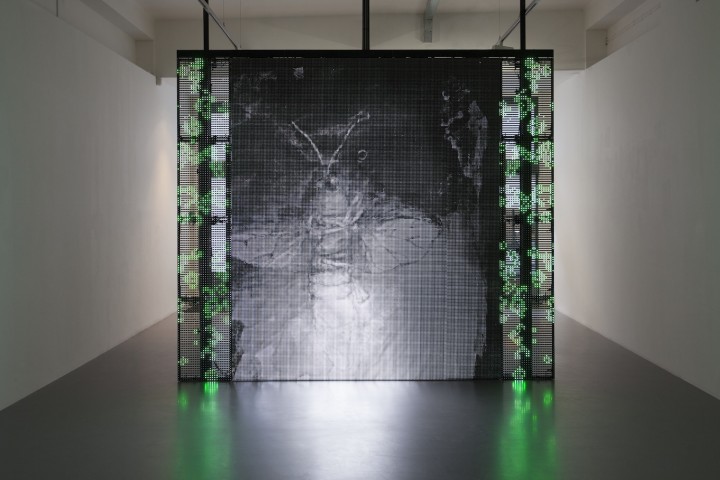 Upon entering the Pilar Corrias space in London, our senses sharpen. A dense intersection of sounds and intermittent light pervades the exhibition.

For those familiar with the work of French artist Philippe Parreno — or if you had the luck of seeing him take over the entire space of the Palais de Tokyo for the show “Anywhere, Anywhere, Out of the World” (2013) — surprise, synesthesia and animism are not new topics. Coming to prominence in the 1990s using the exhibition as a medium, Parreno creates scripted spaces in which a series of events unfold, unexpectedly.

“With a Rhythmic Instinction to be Able to Travel Beyond Existing Forces of Life,” the artist’s first UK show since his 2010 solo exhibition at the Serpentine Gallery, reflects on topics of life, chance and extinction.

The exhibition borrows its title from a large LED screen occupying the central space of the gallery. On the screen appear flickering sequences of multiple drawings of a firefly, all completed by the artist over the last four years. Inspired by The Game of Life, a cellular automaton developed by the British mathematician John Horton Conway in 1970, the work reveals how complex patterns can emerge from the implementation of very simple rules. Whenever one of these sequences finishes its life, a drawing appears for few seconds frozen on the screen.

On the front window, a mechanical blind, One Blind Sister (2014), dances to a soundtrack created by noises from the street; inside and outside spaces are blocked and revealed accordingly. A computer program translates the noises into a melody amplified in the gallery.
Upstairs elements are materially revisited on the lower floor, reiterating the life cycle and repetition pattern already expressed by the firefly algorithm.

Invisible connections bridge the active works. A confused public wanders throughout the transformed gallery space, performing as a new context for the artist to destabilize ideas of space, time and motion. 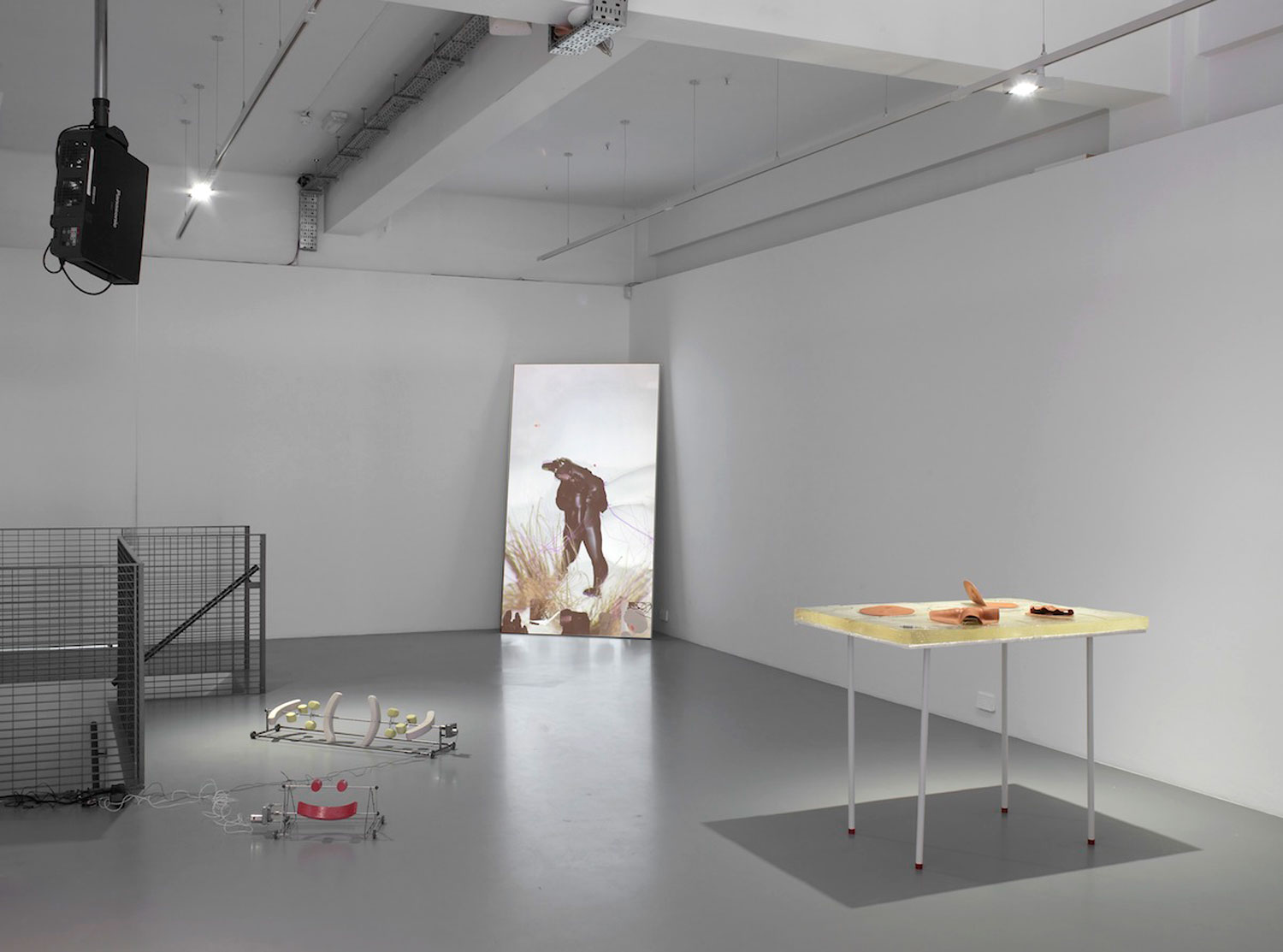 The typical modern soul acts on the world at least partly via technological prostheses, whether it’s to click on political…