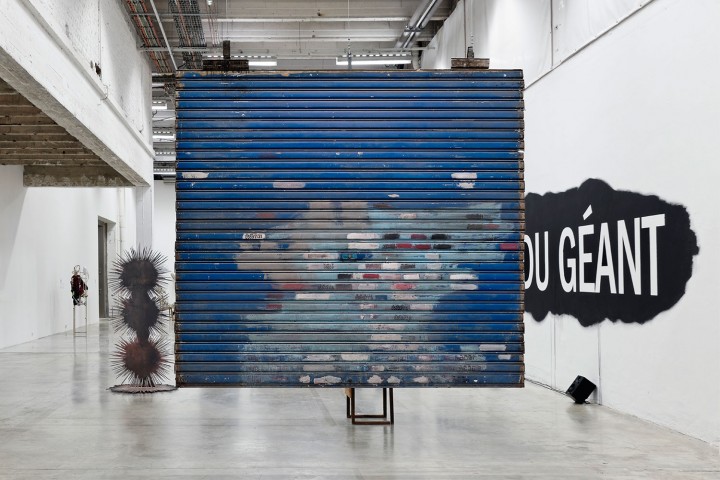 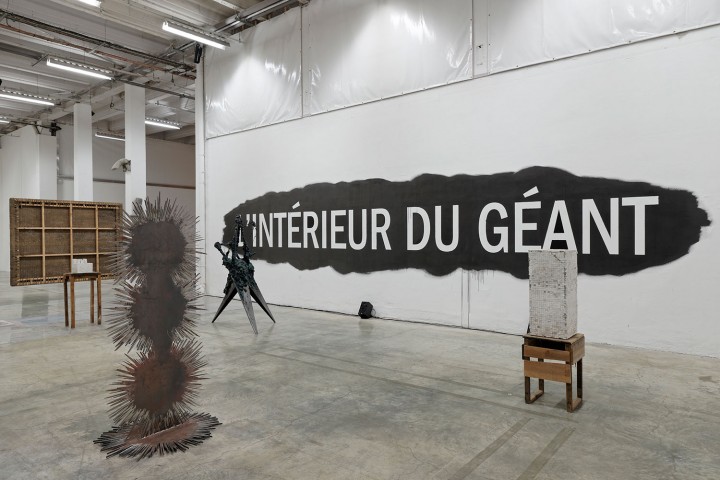 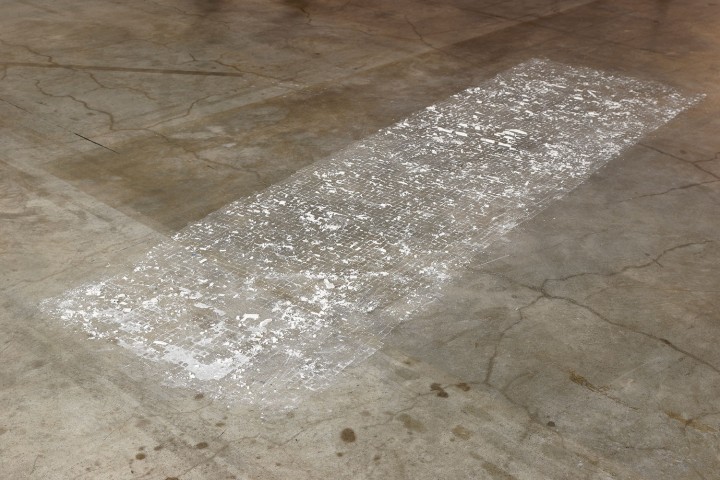 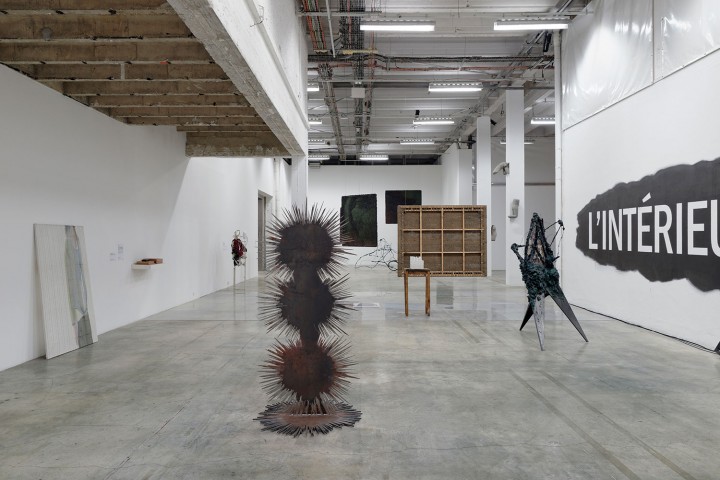 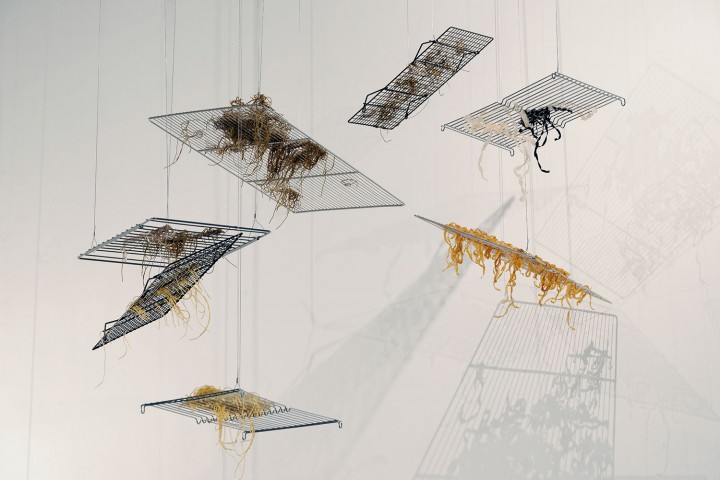 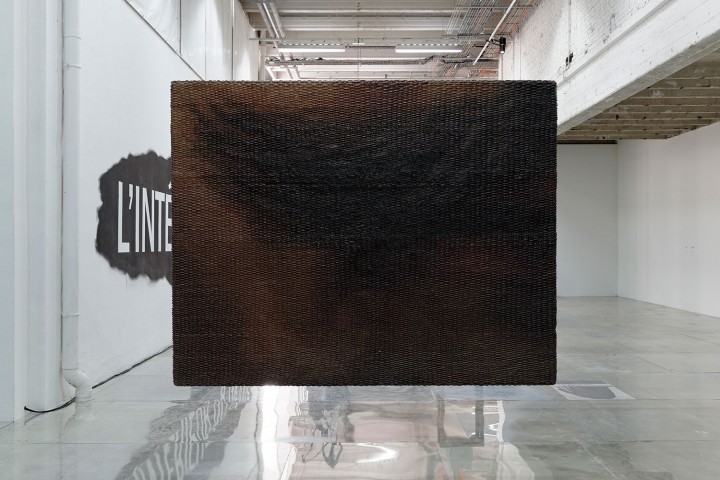 A polyphony of sounds, materials and shapes emerge in the various works in the exhibition “Inside China – L’intérieur du Géant” at the Palais de Tokyo. Included are works by five Chinese and three French artists. Two ambitious photographs from a hot air balloon by French 19th-century photographer Nadar function as a thematic detour — or point of inspiration — against the risk of generalizing and abstracting artistic practices in an attempt to bring together contemporary artists from different places.

Most of the works include readily available cheap materials that function as readymades within new installations. For example, Wu Hao’s (b. 1985, lives in Wuhan) piece Rolling Gate (2014) is a found metal shutter taken from a storefront in Wuhan. The image that appears on the gate’s external side was created as a result of an ongoing struggle between the locals, who use it as a platform for advertising, and the city’s authorities that try to cover it up.

While the curators of the exhibition, Jo-ey Tang and Wang Chunchen, emphasize notions of temporality within each artist’s practice, the supposedly rough aesthetic language of most of the works in the exhibition can become tiresome. It is no wonder that the works that do stand out are those whose creative process reflects one aspect of the context of their locality without trying to represent the place in its wholeness. Edwin Lo’s (b. 1984, lives in Hong Kong) sound installation Auditory Scenes: The Chronicle of Seascape infiltrates the spectator’s attention with sounds recorded on an oil tanker captained by his father. In Zhao Yao’s (b. 1981, lives in Beijing) impressive series Great Performance, she duplicates and intensifies images — such as the crowds of Guangzhou province protesting against the change of Cantonese to Mandarin on television — and transforms them into large, multilayered, mixed-textile installations.

Opening on May 18, 2013 at the PinchukArtCentre in Kyiv, China China is a group show of eleven Chinese artists…