Why did you decide to open a permanent gallery?

We opened Château Shatto to make exhibitions, and with a gallery you can make nearly as many exhibitions as you’ll ever want to. Also significant was the overwhelming feeling of wanting to work with certain artists into the future, further into the future than what we could see. The idea of what these artists are making right now and the unknown possibilities of what an exhibition of theirs will look like five years from now were equally prompting. Nelson Harmon, the co-founder, and I live in Los Angeles so the location is inevitable, but it’s probably not a coincidence that the location lends the likelihood of Chris Kraus attending most of our exhibitions.

From Odilon Redon to Helen Johnson, the program doesn’t follow a specific generation. What is the core of your curatorial approach?

Redon was involved with Château Shatto without consent! He was, of course, not in a position to reject his inclusion in “Education Pig” (with Body by Body), and a wonderful caretaker of his work, Theodore Wohng, loaned us the lithographs. We proposed to Body by Body that they might absorb a selection of Redon lithographs into their exhibition; we’d speculated on the chemistry that might occur. They said yes immediately. The four artists we represent at present are naturally the focus of our program — Helen Johnson, Parker Ito, Cayetano Ferrer and Body by Body — and they have wildly distinct approaches to their work. Looking wider than this, the focus of the program is making exhibitions that are convincing, that feel full. The program of the gallery becomes its own text.

Can you give us a preview of upcoming shows?

In November, Marta Fontolan curates an exhibition called “To the End of the Line,” with works by Seth Pick, Rosa Aiello, Aids-3D, among others. Helen Johnson will open her first solo exhibition in January, and we open an exhibition with Parker Ito in January, off-site, called “A Lil’ Taste of Cheeto in the Night.”

More than any other photographer, we are invested in Baudrillard’s words. To separate the texts from the photographs would do… 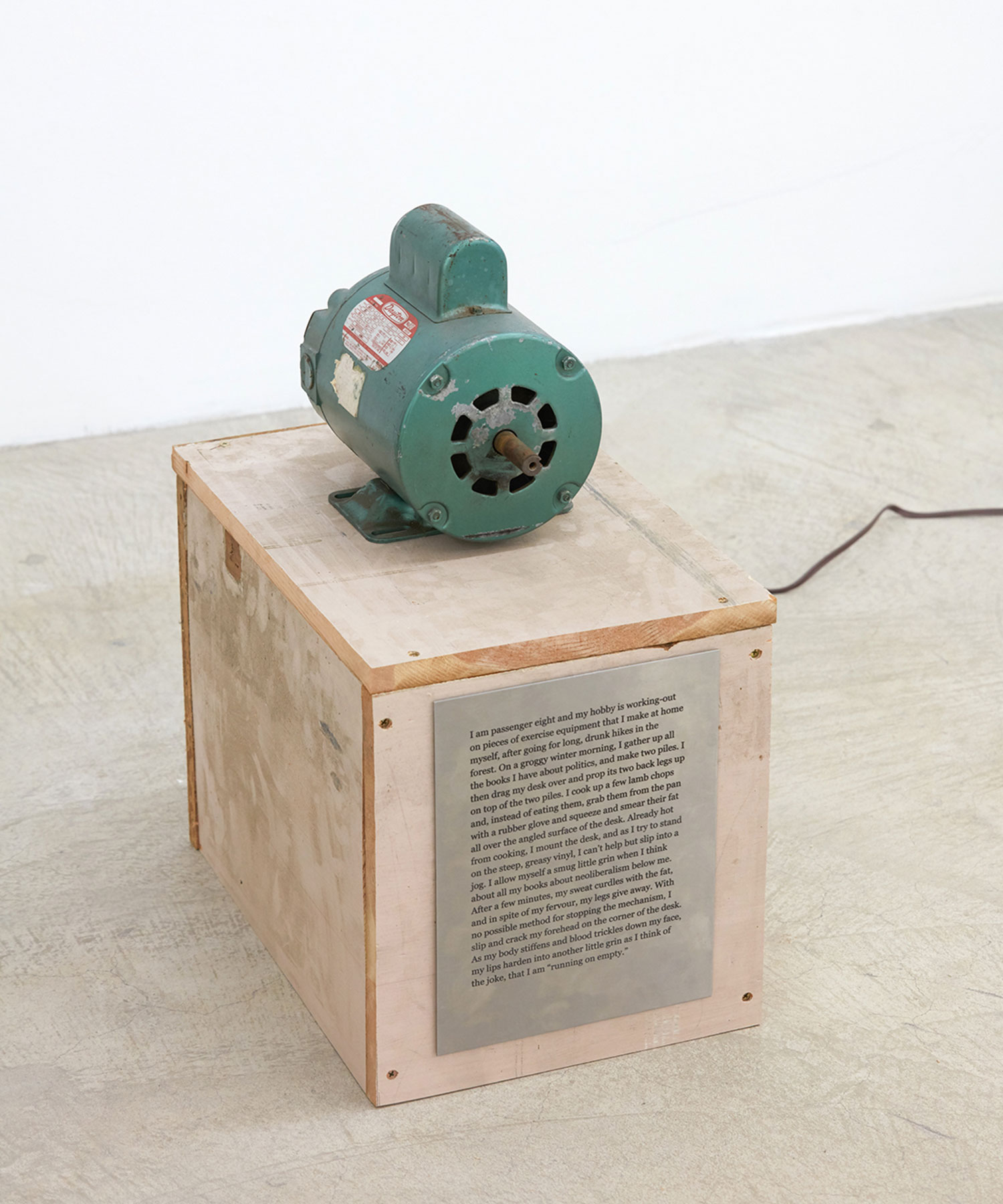 Liberty means different things to different people. I have never liked lying in bed in the morning. Law did. My…