The couple, however, who continued making work until Ericson’s sad, untimely death in 1995, were attempting to tune analytic strategies toward social policy and community issues via the realm of the senses — in other words, an altogether warmer, wetter type of conceptualism. Though included in prominent exhibitions such as the 1989 Whitney Biennial, the duo’s work has fallen out of exhibition circulation since the loss of Ericson, and Emmanuel Perrotin, who first showed the couple in his Paris gallery in 1992, arranged a tight survey at his New York property this summer.

It’s Ericson and Ziegler’s color works that dominated in this show, which included many works comprised of variously hued powders and liquids in jars. Gainful employment as house painters had given them firsthand experience of the aesthetic controls placed on the architecture of certain municipalities, prompting works such as Camouflaged History (1991) in which they painted a colorful camouflage pattern on the exterior of a Charleston house, just outside the demarcated “historic city”. Each element in the pattern is color approved for use the more privileged zone by the board of Architectural Review. The social and financial standing of the town’s poorer inhabitants, then, were revealed to be hiding in plain site, within a structurally color-coded system. Such large-scale projects are tough to exhibit, so at Perrotin there were (necessarily) more gallery-friendly versions of similarly conceived works such as Dark on That Whiteness (1988), 173 wall-mounted, paint-filled jars arranged to map out federal buildings and monuments in Washington, D.C., each paint corresponding to the color of that building and each jar marked with sandblasted text spelling out the name of its color, displaying a somewhat pacifying lexicon of the “almond puff,” “mocha buff” type. While these usefully illuminated the aesthetics of rules and protocol in public space, by contrast sculptures made using toys, or a work such as Peas, Carrots, Potatoes (1994), in which the stars and stripes of the American flag are depicted in wall-mounted baby food jars inscribed with pre-linguistic utterances, came off as over-cute. The pair were at their strongest, by today’s standards perhaps, when the ambrosial tactics were less prominent — we don’t need to be spoon-fed conceptualism or seduced by the importance of the social at this point.

Several works are effectively agricultural land art sculptures. For the Feed and Seed series (1989) the artists entered into partnerships with farms to buy empty seed bags from them and turn them into art objects in order to buy more seeds for them. Where the Water Goes (1987) traces the paths of water in Washington, D.C., as it flows into the restrooms of the Supreme Courts. It would have been fascinating to see how the pair’s work would have developed in a climate that has shown more interest in social practice; instead, the exhibition’s poignancy rests on the melancholic absence of Ericson. As such, it has something of the atmosphere of a time capsule two decades old, or a recently unpacked box from an attic that has been untouched for some time. 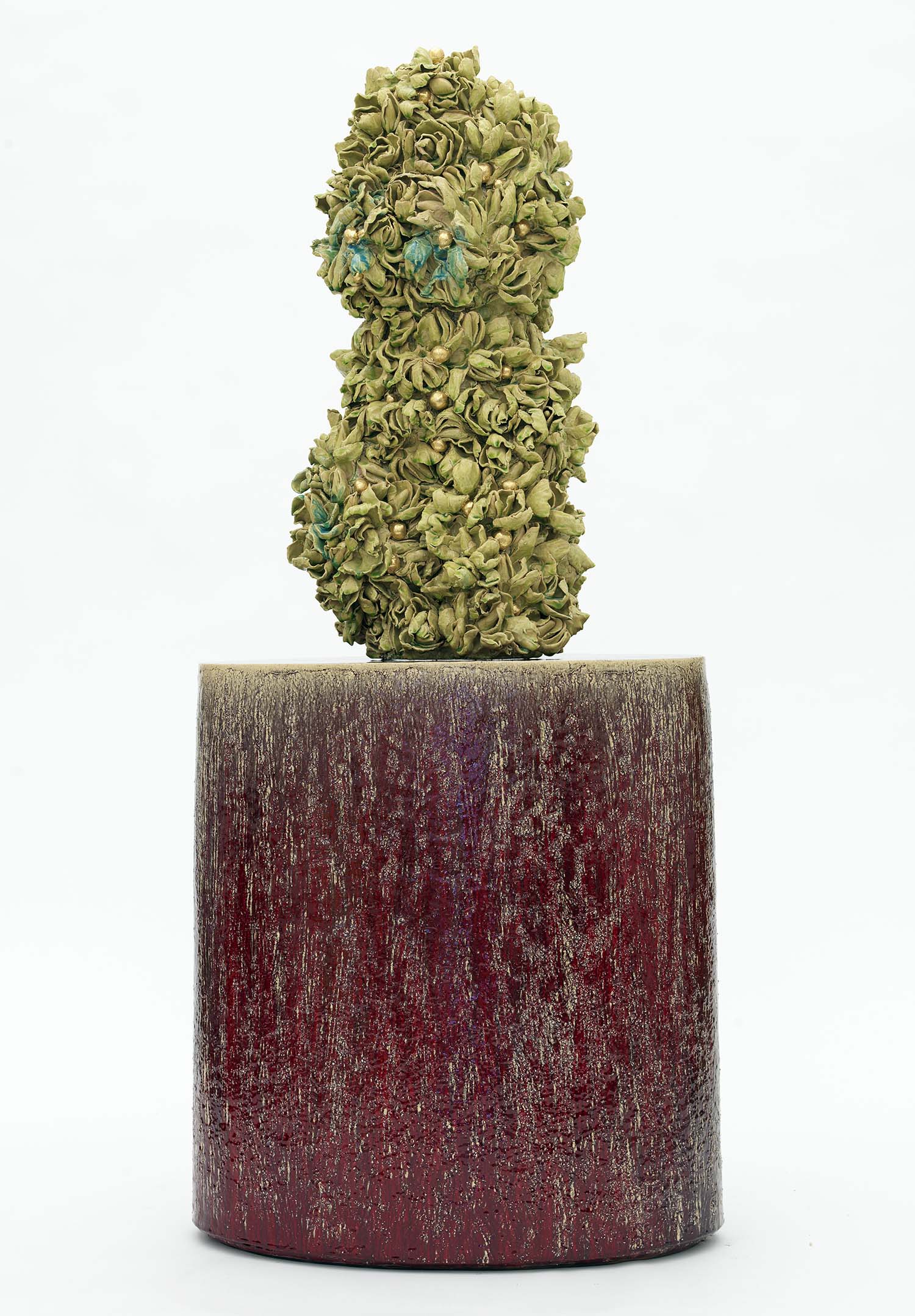 Outside Galerie Perrotin, an unlikely element of Johan Creten’s exhibition was exposed high above Madison Avenue. As many galleries do,…