Gaze into Graham Lambkin’s drawings in “Came to Call Mine,” the artist’s solo debut at New York’s Audio Visual Arts, and a world of figures takes shape.

In works like Deceased Enter the Kingdom (2013), monsters writhe through clouds delicately rendered in colored pencil as birds, snakes and vaguely biological forms appear. Lambkin’s skilled hand combines softly shaded passages with precise and confident lines — sometimes bisecting the page with sharp, crisp strokes that divide sections of color and pattern. In one particularly delicate turn, in The River Witch (2013), a blue form seamlessly fades to white and then to brown. Such details, which reveal themselves amid the densely populated visual chaos, reward the viewer for careful contemplation.

Based in upstate New York, Lambkin is an avant-garde musician. He was the leader of the experimental ’90s band The Shadow Ring, which combined elements of folk, post-punk, noise, performance art and spoken word. Much like his music, Lambkin’s drawings are pastiches, and they fold into themselves as images are conjured, coalesce and then dissolve. Foreground and background are intertwined and freely swap, as with M.C. Escher’s visual mazes. At the gallery, Lambkin’s sound work is also present, projected from an easy-to-miss box outside the storefront.
One piece stands out from the others in its simplicity: a monochromatic blue background comprised of eagles, a rabbit and a glowering figure with octopus tentacles topped by a single lifelike honeybee. It’s as though the artist is reminding the viewer that all of this fantasy and experimentation is the work of an accomplished draftsman.
While there is an intriguing stream-of-consciousness quality to Lambkin’s work, at some moments the ejaculating penises and tumbling rolls of toilet paper descend into juvenilia; it’s easy to imagine you’re looking at the sketchbook of an artistic high schooler with a penchant for pot. But in the work’s more subtle passages, the eye sinks into Lambkin’s lush visual universe, eager to explore.. 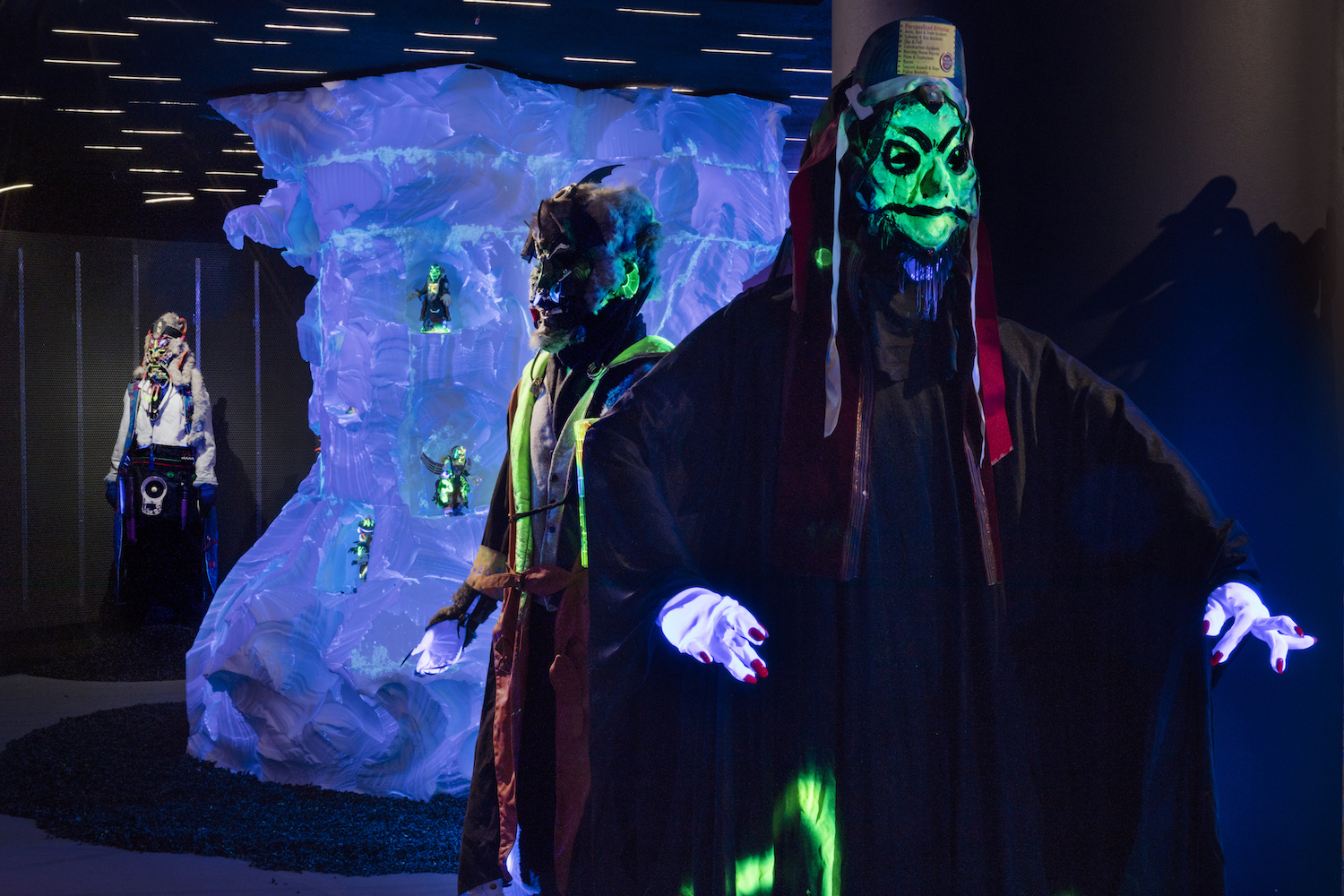 “RAMMΣLLZΣΣ: Racing for Thunder,” which closed at Red Bull Arts New York this past August, took on the intimidating task…