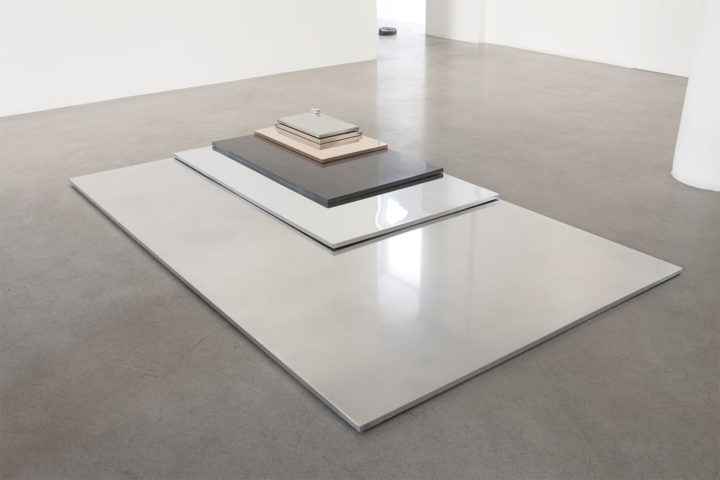 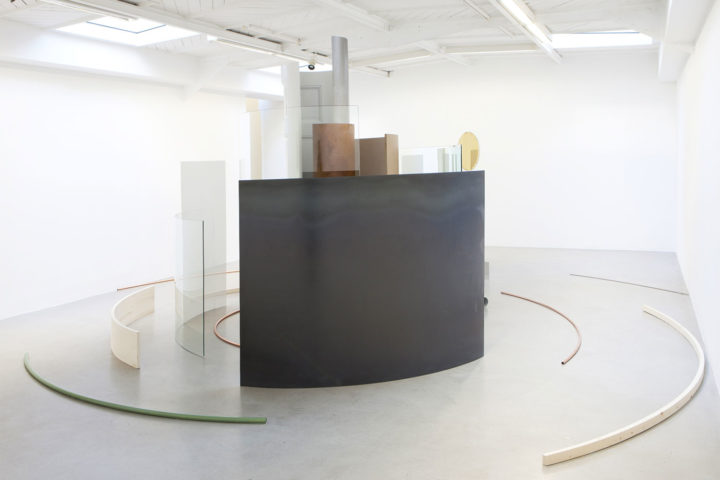 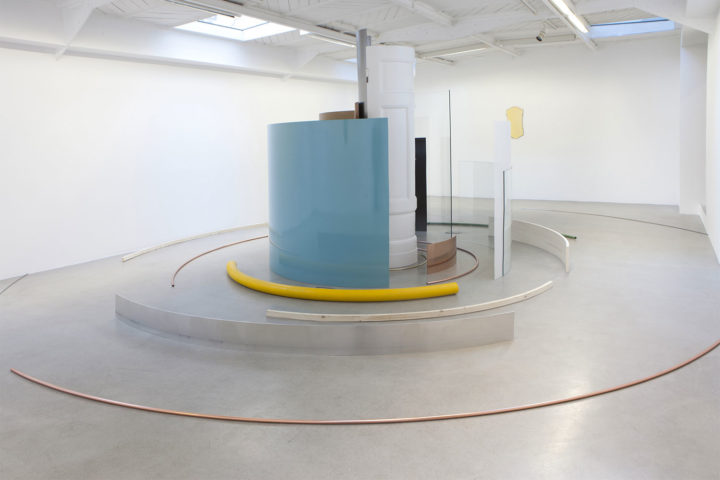 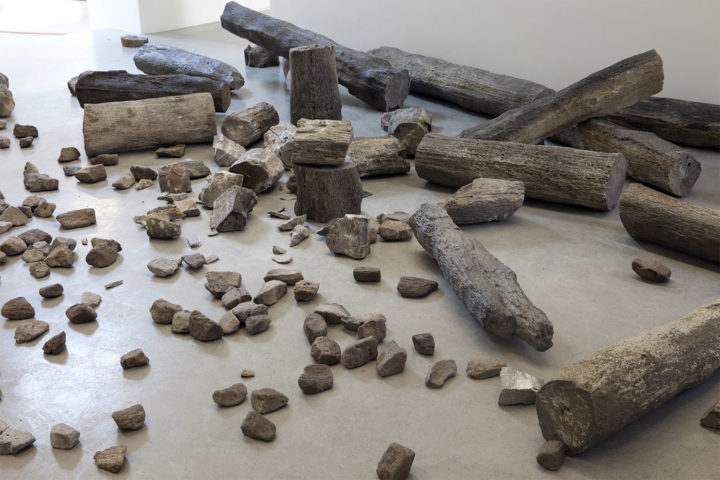 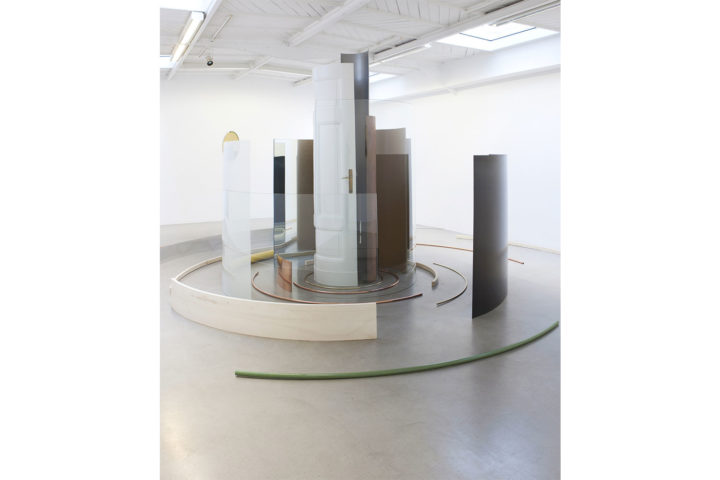 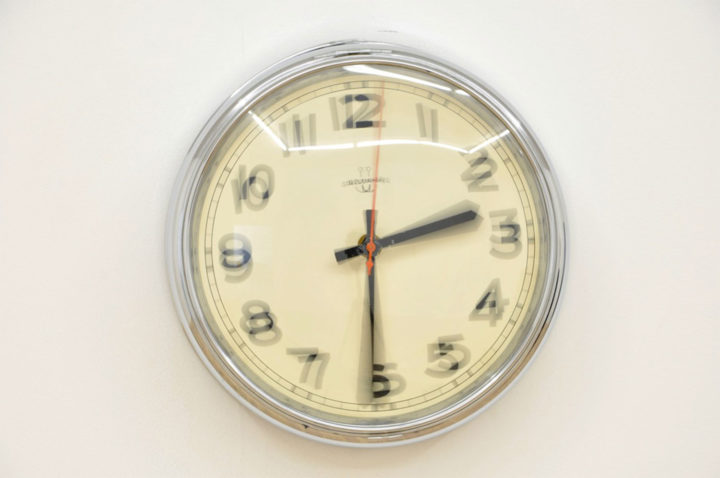 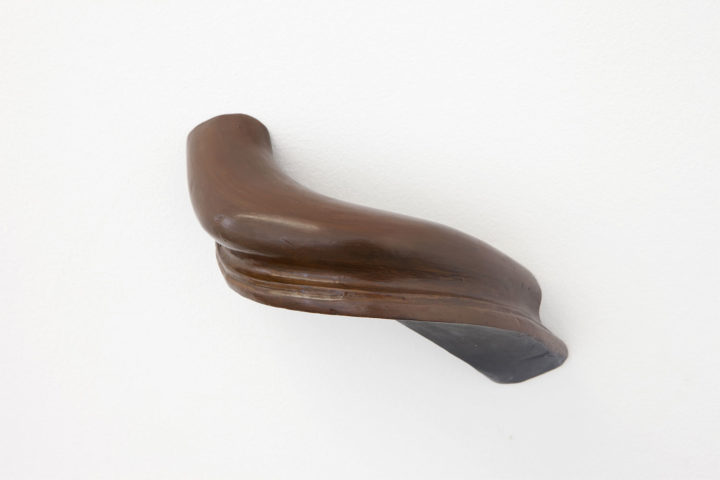 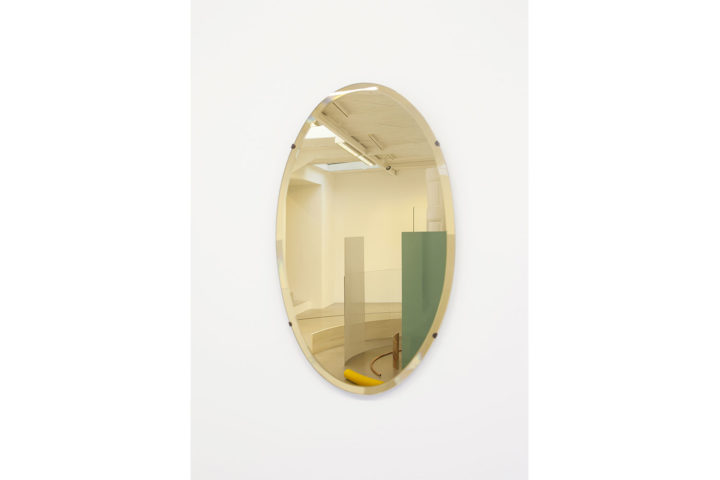 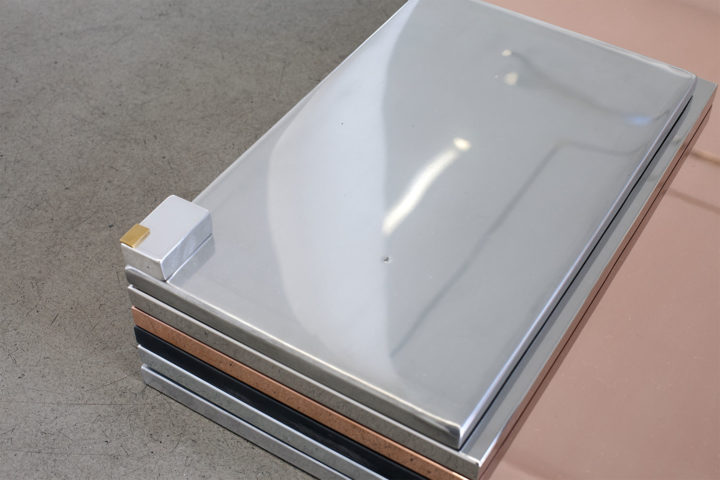 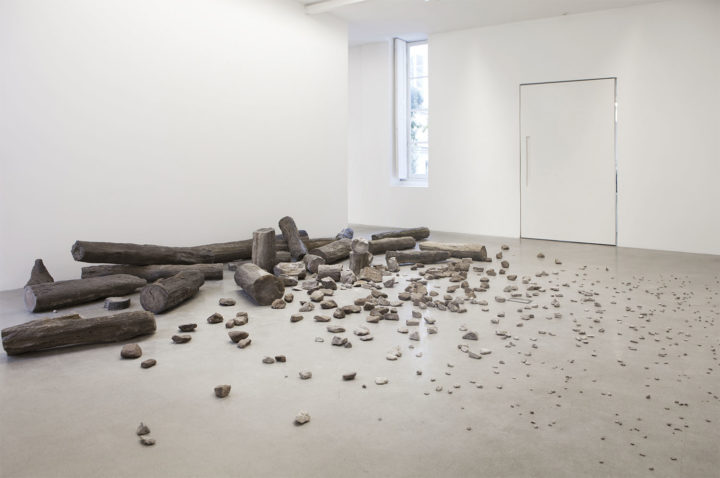 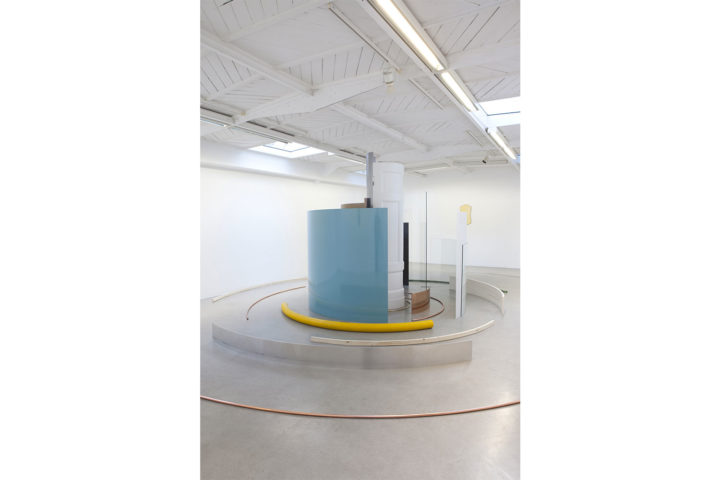 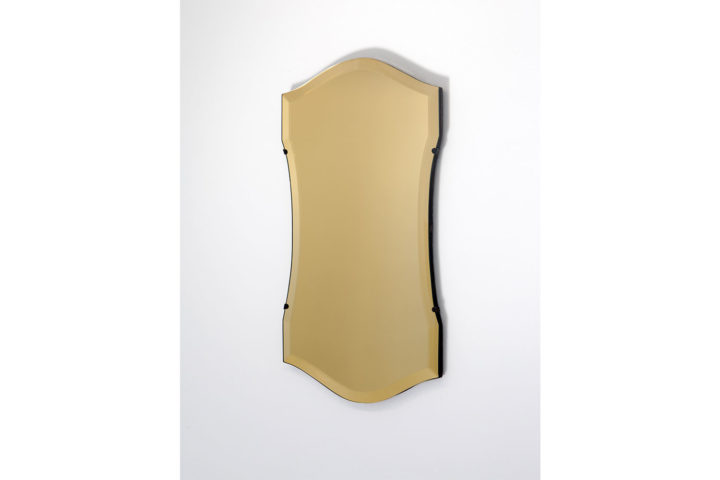 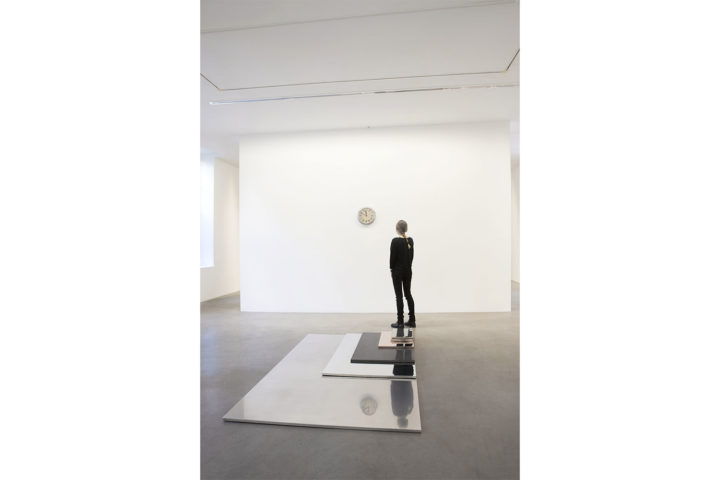 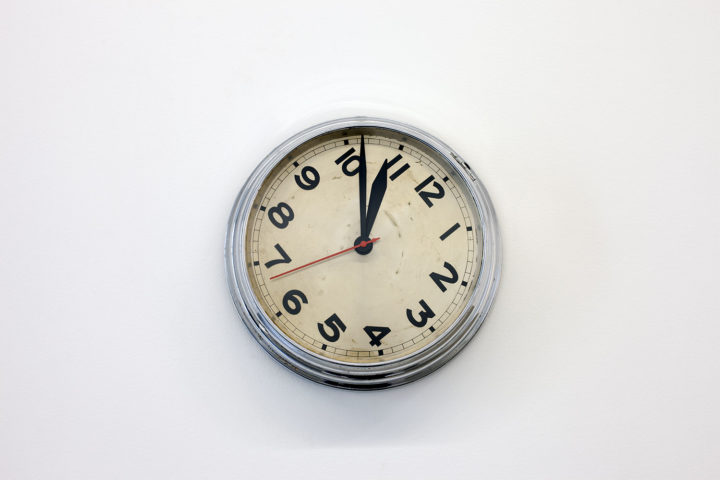 Gegenwartsdauer, the title of Alicja Kwade’s exhibition is close to what Deleuze called “crystal-image” – a representation of the splitting of time, a synthesis of past and present reflected through images. Gegenwartsdauer means something between “duration of the present” and “persistence of the moment”. Alicja Kwade tried to transport that idea “in the present to make it physical, from image to object, and also readable in both directions from past to future seen from the present and from future to past”: a temporal loop.
The concept of the loop is echoed in all the works exhibited at Kamel Mennour: the two mirrors reflecting into each other (Die Eitlen (Aurum) 1 & 2, 2013), the petrified trees turning into sand (Gegenwartsdauer, 2013), the circles of Saga (Spira mirabilis) (2013) among others. As Alicja Kwade recalls, the loop is “a form which allows all directions of time in the same moment, all possibilities of one thing, all states of things and of course it’s a symbol for endlessness.” Like the objects of Saga (Spira mirabilis) whose material properties have been altered, curved like dancing objects in circles – “a magic dance that is never-ending”. This piece consists of a large centrifugal installation of standard and industrial materials, which all follow the same unnatural angle of distortion and are arranged in concentric rings – like the ripples created by a drop falling into water or asteroids surrounding a star.
On a wall a “crazy” clock (Gegen den Lauf, 2013) is running like a normal one, but every time the second hand turns clockwise the whole body of the clock turns anticlockwise, so it seems like the second hand is stuck on the 12. It is a metaphor for the “production of subjectivity” and “subjective time”. The clock has both a practical and a narrative function, physically demonstrating the liquid passing of time, to encapsulate that very elusive notion, the present.
The two gold mirrors are called Die Eitlen (The vain), which are metaphors for the human mind, “a reference to Nietzsche’s “Thus spake Zarathustra”, and also to the word itself: vainness and vanitas.” Looking at ourselves in gold is “a symbol of desire and fall. We like to see ourselves in gold, it flatters us. We aspire to the light source. In the Inca culture it was believed that gold captured solar rays. You could see the longing in the reflection of light.”
15.02.13 (2013) is about “the absurd construction of values and daily life reality, which is very unstable and changing every minute. The work represents a very short moment, a portrait of our needs and desires, at one time on one day.” This piece is constituted by the eight most important metals on the raw materials markets (gold, silver, nickel, iron, copper, lead, zinc and aluminium). They are layered one on top of the other, the dimension of each metal layer being calculated by the referential market value of gold on
15 February 2013 . That very day the 135,000-ton asteroid 2012 DA14, passed just 27,700 kms above the Earth’s surface. This fact reminds us that sixty-five million years ago, an asteroid did crash on our planet, putting an end to the Cretaceous era. All that remains from that period are fossils. That is why Alicja uses petrified trees which she pulverizes into sand – the same sand (silicon dioxide) that penetrated and transformed them when the asteroid crashed. A loop again.

Timothée Chaillou: Is the definition Gegenwartsdauer close to Deleuze’s “crystal-image” – a representation of the splitting of time, the movement…