In his third solo show at Simon Lee, Toby Ziegler provides a journey into his idiosyncratic notion of memory and nostalgia. Marked by the artist’s fondness for iconography and his inclination for digital media, the exhibition places paintings and sculptures side by side, contrasting them conceptually as well as chromatically.

Web jpegs of Flemish Old Master works provide source material for the large oil paintings. Treating them as found objects, Ziegler controls them through digital manipulation, creating stratified works in which the focalization of elements is not immediate. Rather, different layers emerge before delicately converging.

Recurring in the paintings is a series of fluid blobs that obscure parts of the highly identifiable underlying scenes: in Submerged Metaphor (2011), Rogier van der Weyden’s Crucifiction (c. 1440) is re-worked and de-saturated until it is almost a photographic negative of the original image, then further altered with carefully air-brushed pink blobs that maintain a sense of soft uncertainty. If Ziegler’s painterly oeuvre deliberately leads us into a somewhat hybrid, uneasy territory, it is the sculptures on show that, although conceptually similar, evolve into a more sophisticated domain.

These pleasantly allude to the source image while developing into independent three-dimensional figures that lean on minimal wooden supports.

Widow/Orphan control (2011) evokes the twisted torso of a mutilated classical Greek statue in its floating, dramatic pose; nonetheless, the structure — sheets of aluminum geometrically joined to form a thin membrane suggesting a hollow interior — frees the work of its hypothetical “oldness” and iconographic implications.

The show reinforces the theory of reproducibility in the digital era; web circulation of image sources is captivating in its infinite possibilities, although it often rapes the image itself by divulging it limitlessly. While seeming a mere user of the system, the artist paradoxically violates it by re-shaping and re-interpreting its rules to his own advantage: an apparently utilitarian act that might speak to a contemporary form of romanticism.

In 1967 Germano Celant observed how Luciano Fabro (1936–2007) “reproposes the rediscovery of a pavement, a corner, or the axis… 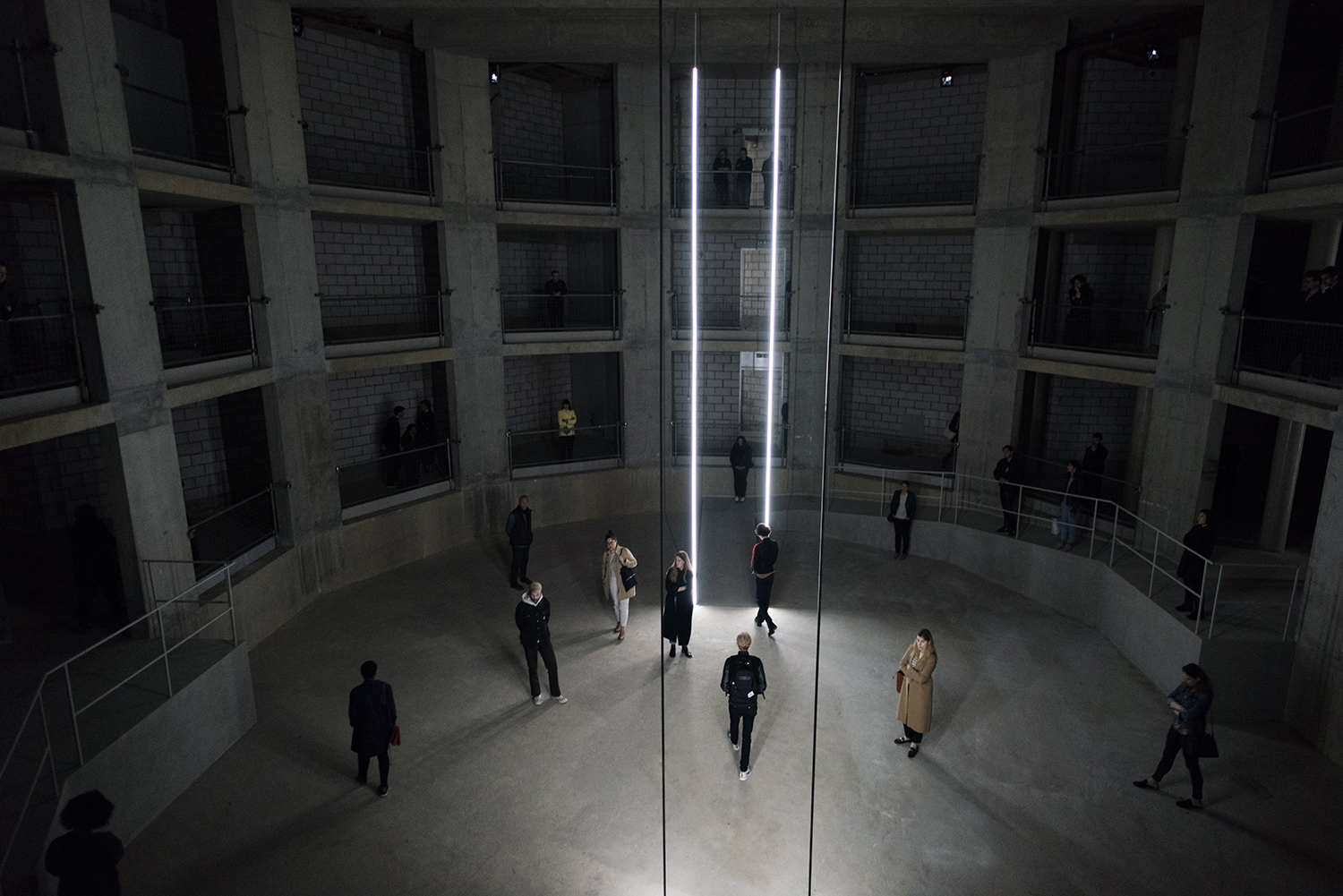