What is „Hinter Winter“- literally: behind winter? A cold behind? Or spring? The small poster advertising the exhibition shows a cute drawing of a mole underground, hibernating. Looking at his show, it becomes quite clear, that Janne Räisänen‘s winter was different, he may have cuddled up in the harsh Berlin cold, but certainly anything but idle. Sitting in the far corner of the front room of Suvi Lehtninen‘s modest gallery, a small installation sums up the pathos of this rather immodest show. Placed between a diminutive, hand-formed clay skull on a board (one of two „old sculptures“ as the title has it, that both display an aesthetic leaning towards an awkward art workshop existentialism), and a straightforward pencil sketch on the wall, entitled „fan mail from the Finnish prime minister,“ the artist placed one of his sketch books, warped from excessive application of water colors. It is also drenched with painterly vigor: splotches of paint formed impulsively if at all, overflowing with rough spontaneous and associative inventions and short notes („I‘m coming sadly“) and titled, just to make it perfectly clear:„inko testicolo.“

Yes, Räisänen‘s art can be described as ballsy, and leaves little doubt, that to him making art equals a form of bare-all expression without concessions. But this does not make things more simple. Mixing ink, pencil, crayon with paints, his larger works, some on stretched canvas, or pricked directly on the wall, take into account the weight of the whole history of painting, as a physical and immediate act of expression, that translates thought directly into matter and visual poerty. The artist insists on his role as a virtuoso, flirting with catastrophy, while channeling Philip Guston, Gustave Moureau and Edvard Munch. Rendering an absurd cosmos of experiences, the show is a kind of artist‘s log, highly personal and often idiosyncratic, with a self-deprecating sense of humor that counteracts the passion his peinture conveys, one-liners and non-sequiturs („I spy Eisbein“ (pork knuckle) read fiery red letters on a black cigar – with a phallus). Never giving in to the cheap satisfaction of irony, here is a true romanticist. 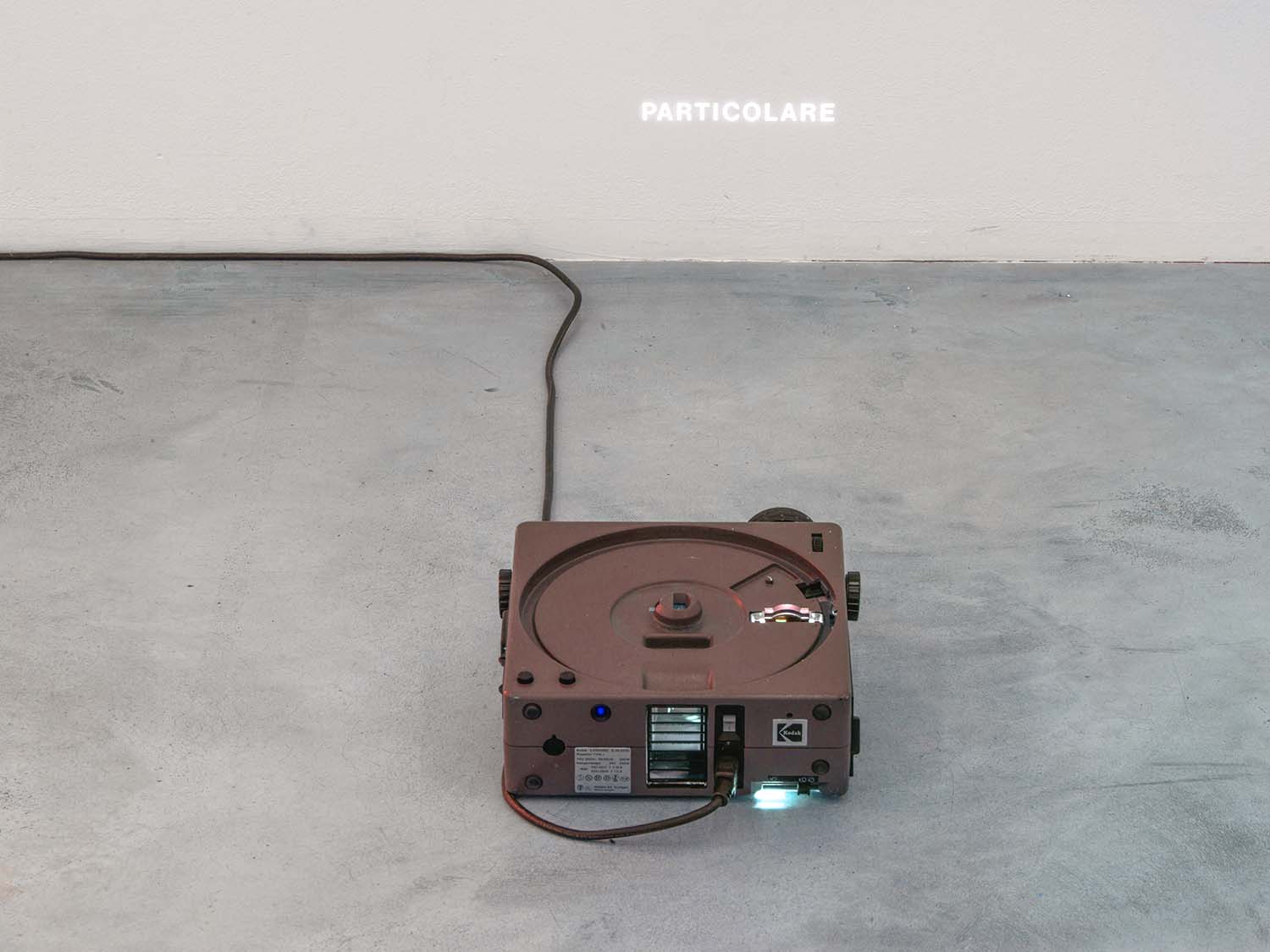 The art of Giovanni Anselmo, now in his eighties, has an air of empirical objectivity that is belied by its…

Born in Cologne in 1936, Joachim Bandau’s early experiences of war-torn Germany undeniably shaped his later fascination with bunkers as…