Reflecting upon his literary method of blending fiction with history Guy Davenport remarked that: “What we understand of an event is very little compared to our ignorance of its meaning.” Vangelis Vlahos’ second solo show at the Breeder seems to address this axiom most effectively. While skillfully exploring, through montage and quotation, the narrative possibilities of found photography, his projects deal with the mythologizing of events, places and their protagonists.

The ambiguity of the exhibition title clearly underscores the artist’s objective; literally, “No Event for Monday, Feb. 15, 1999” suggests that the main topic of this study, namely the arrest of Kurdish leader Abdullah Ocalan, on that date, did not actually take place. Indeed, since there is no fixed sign (i.e. any publicized photographs) of this event, Vlahos takes the opportunity to visualize some intriguing ruminations on the thin line between the true and the fictive. Is There Any Oversight on Ocalan? (2009-2011), for example, seeks to reconstruct Ocalan’s four month route from Damascus to Nairobi, where he was finally captured by the Turkish authorities. Arranged formally on a 23 meters long wall-mounted shelf, the 119 framed photographs –mostly landscapes and airport images that Vlahos retrieved from the internet and touristic guides of the late 1990s– are nothing but a simulacrum. Interestingly enough, Ocalan’s painful itinerary comes in stark contrast with the ideality conveyed by these picturesque images.

In another project, An Image You Already Know (2011), the overlapping of aesthetics, tourism and history becomes more evident. Portraits of the wives of eight foreign ambassadors in Athens (circa 1983) who pose in front of a favorite city location are juxtaposed with photographs of folk art objects and various sites of auratic value, first published in touristic guides for the promotion of Greece abroad. No doubt, these reproduced snapshots and their accompanying captions border on kitsch. By ironically handling the image of the Other, Vlahos recounts a misleading euphoria which, during these critical times, demands a serious re-examination.

For a city not known for its green spaces, Athens is in fact blessed with unassuming archaic parkland in its… 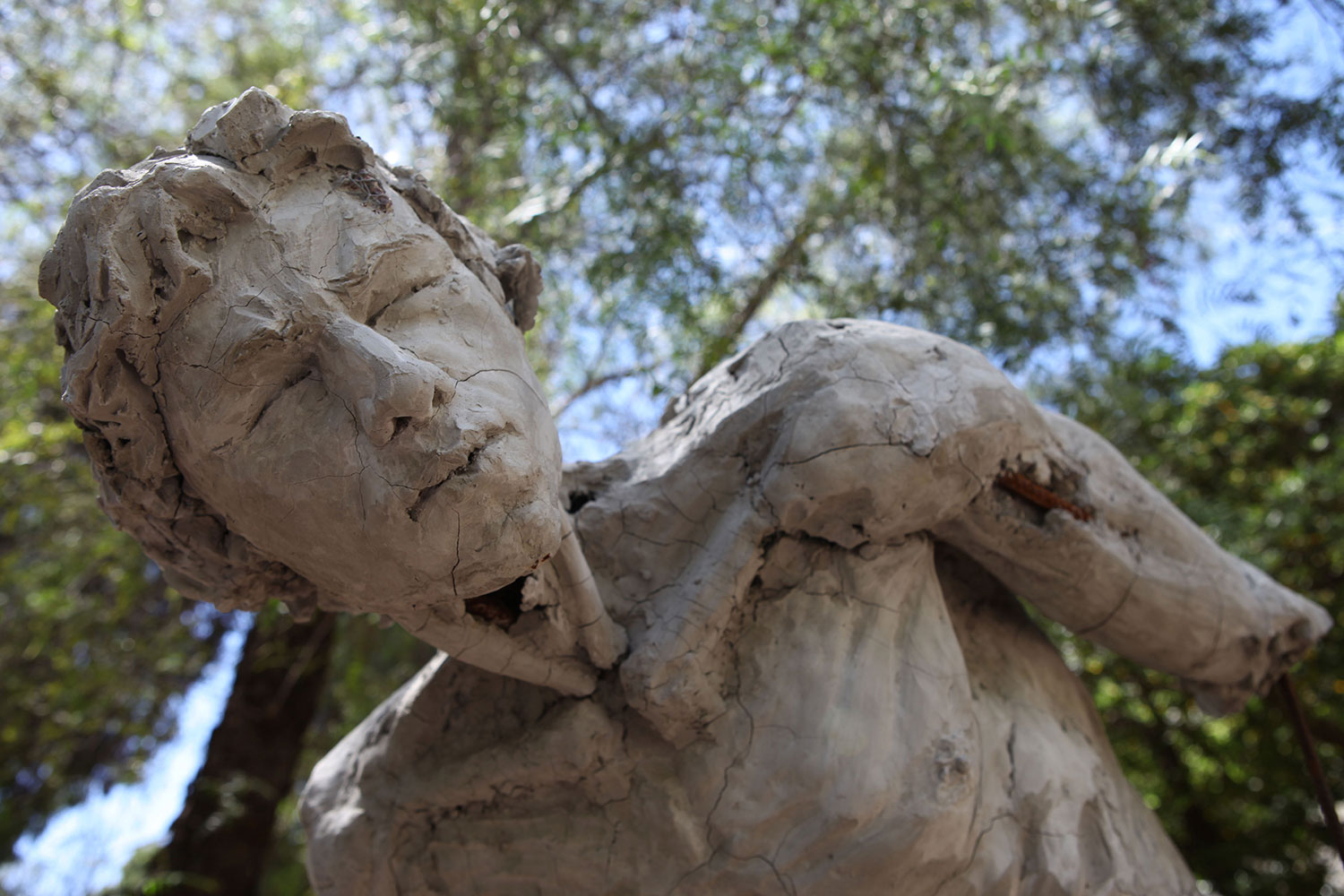 Organized by the Whitechapel Art Gallery director Iwona Blazwick in collaboration with Neon, “A Thousand Doors” traces an analogy between…