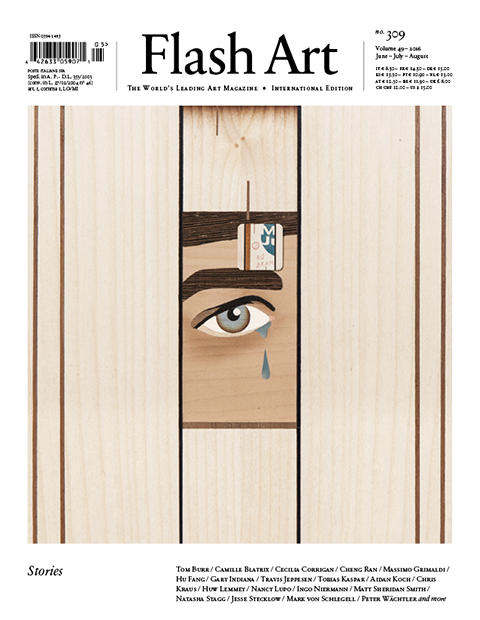 In this issue we have decided to approach art via alternative means and focus on fiction. As art writers and editors, many of our contributors are simultaneously engaged with the literary world; and, likewise, a number of visual artists are also prolific writers and publishers of fiction. We have invited a range of authors from all of these fields to contribute short literary works to the magazine’s usual mix of critical essays, interviews and reviews.

These various contributions explore a range of fictional scenarios, from an artist’s deep attentiveness to scent as part of a system of making, to Kanye West’s launch of a face cream made with an artist collaborator. Storytelling structures include object-oriented narrative, online role-play, personal correspondence and the comic strip. Whether the subject matter is a recounted nightmare, a crisis of artistic confidence or a visit to the dentist’s chair, each narrative is offered as a reflection on art and art-making across today’s manifold realities.