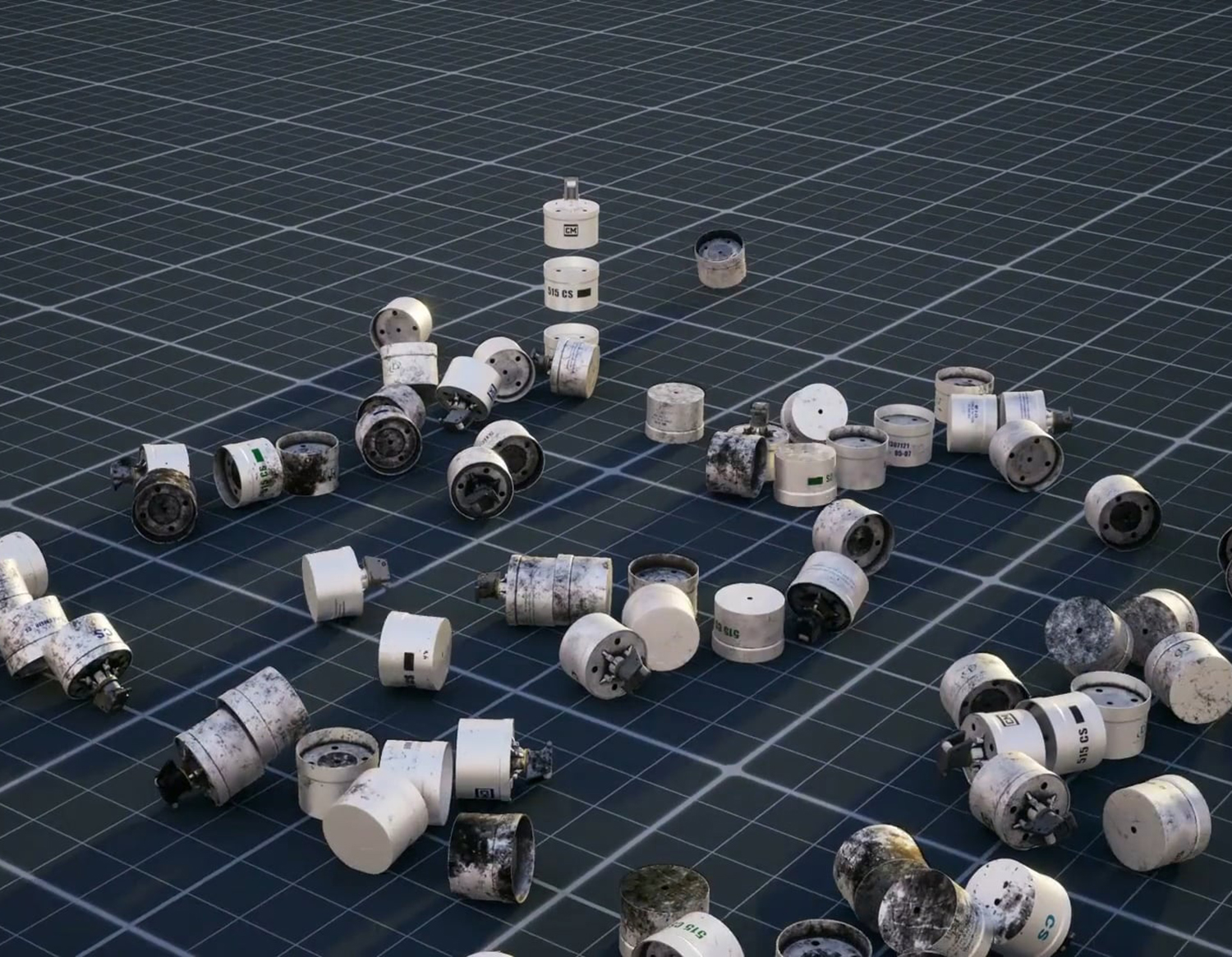 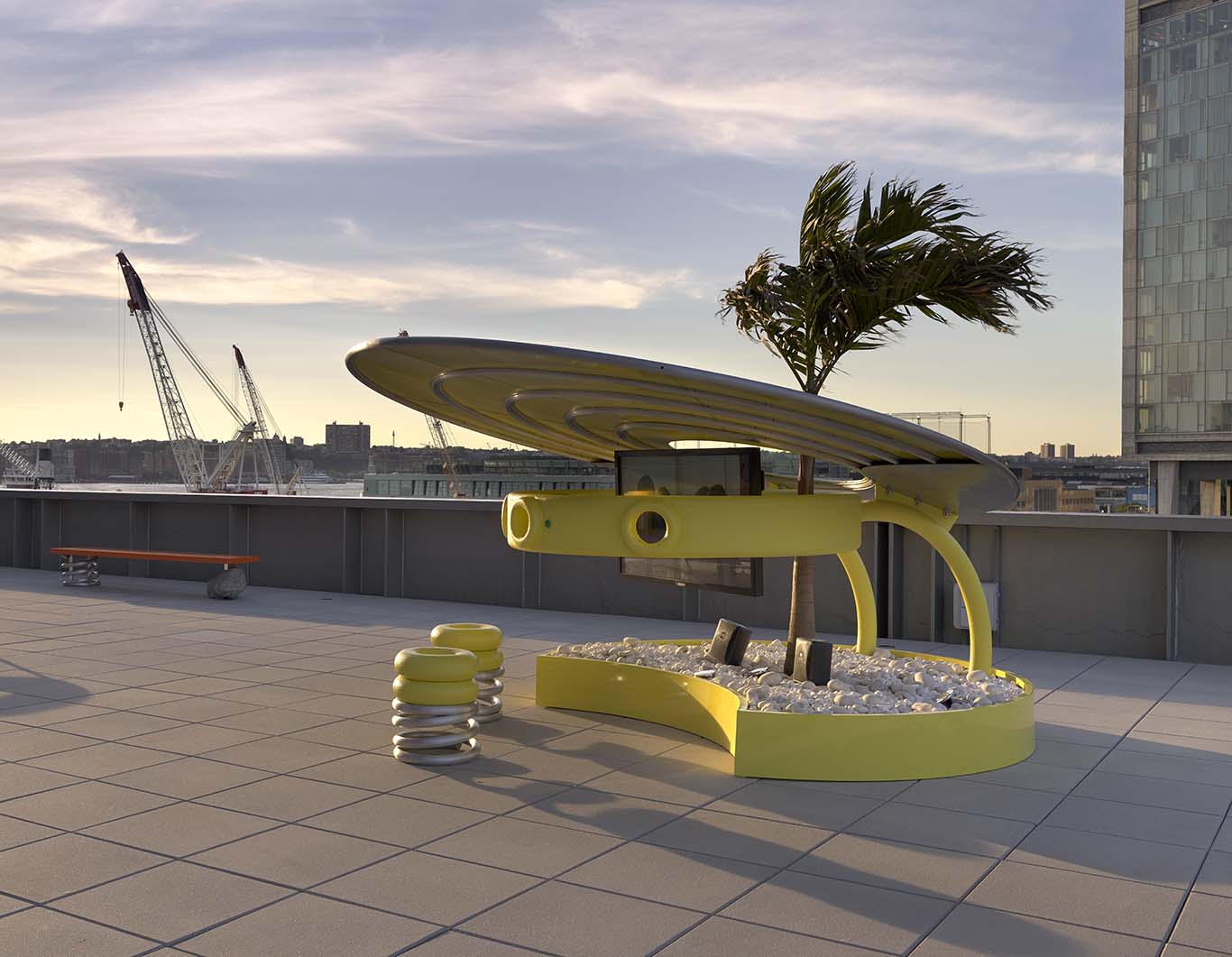 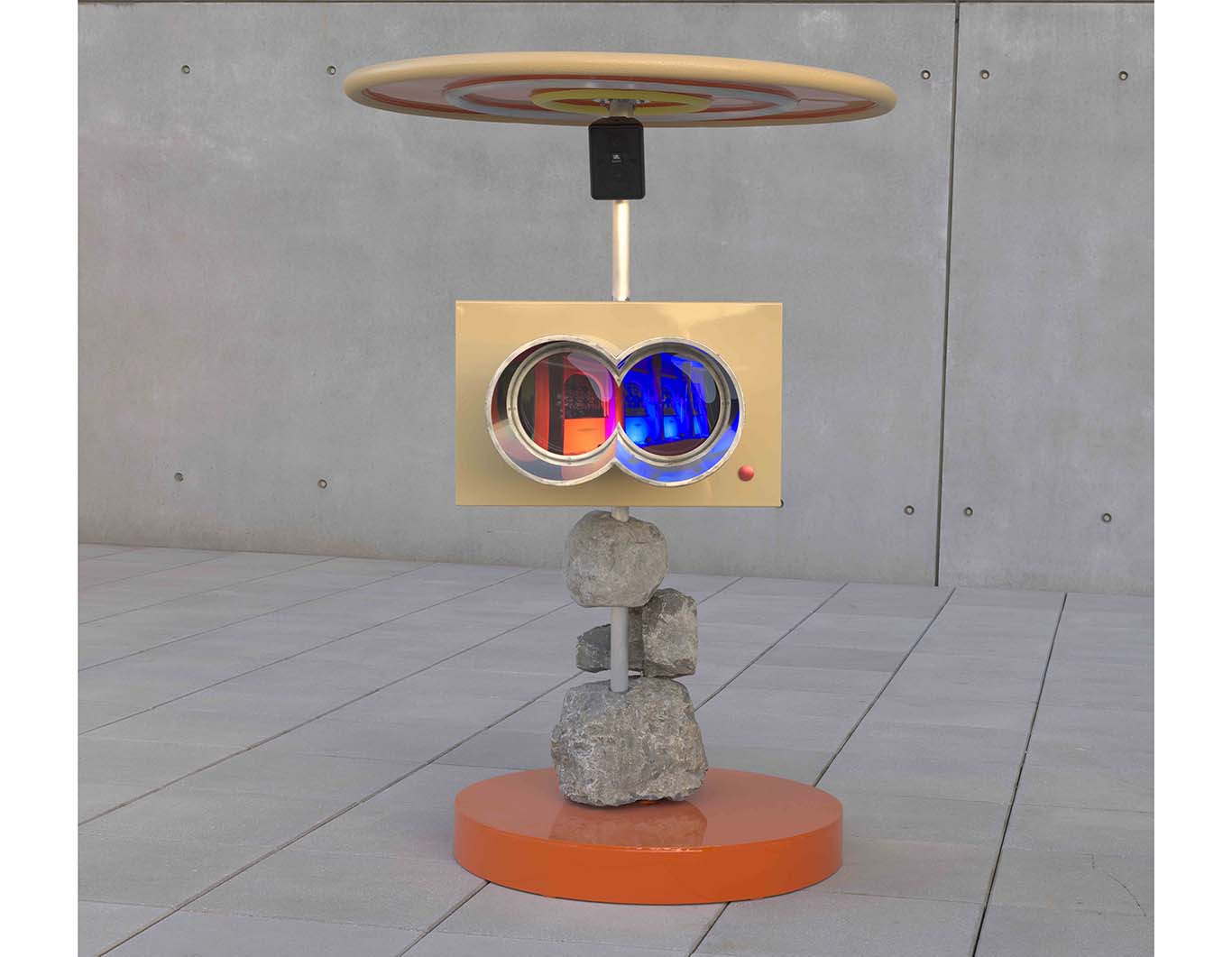 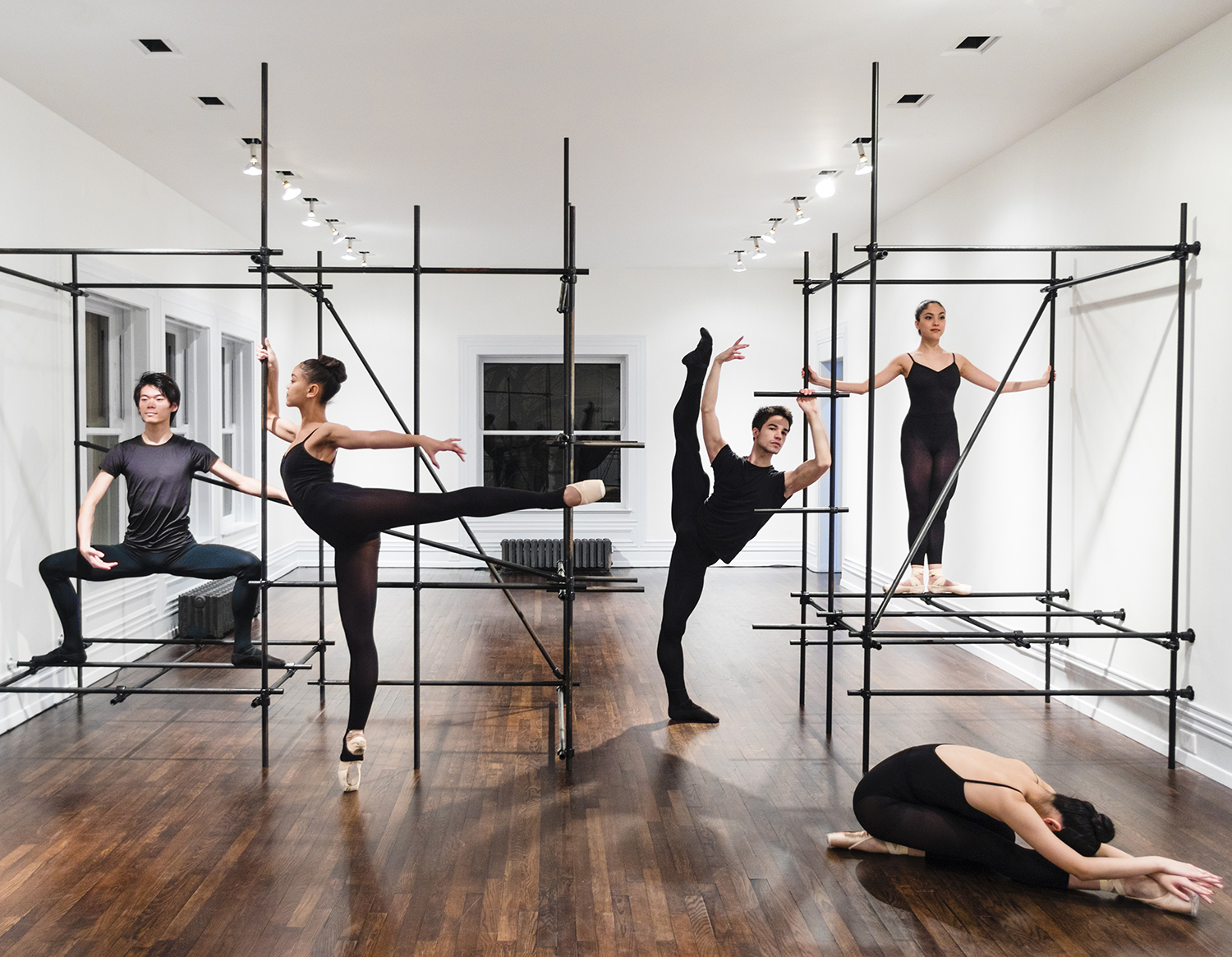 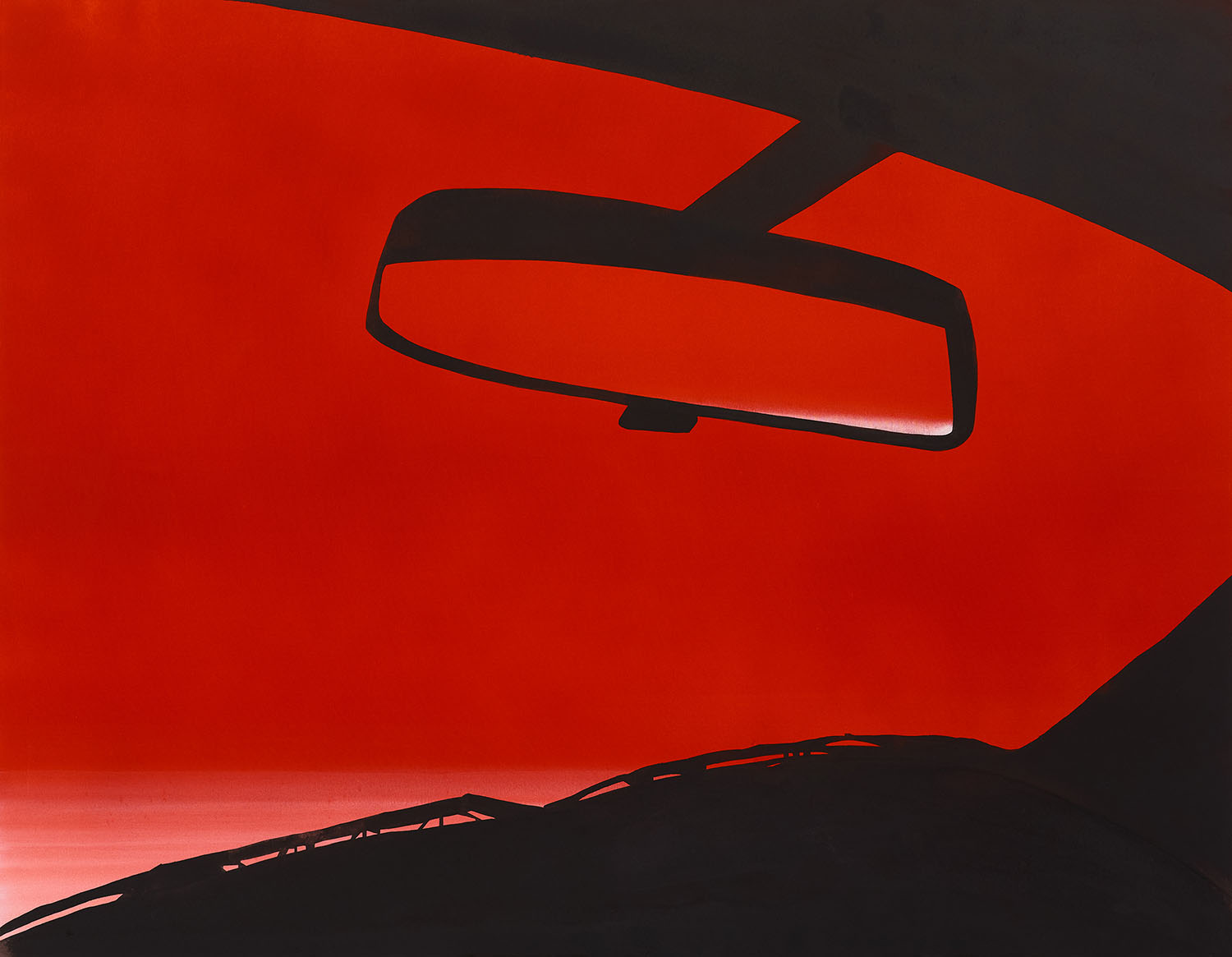 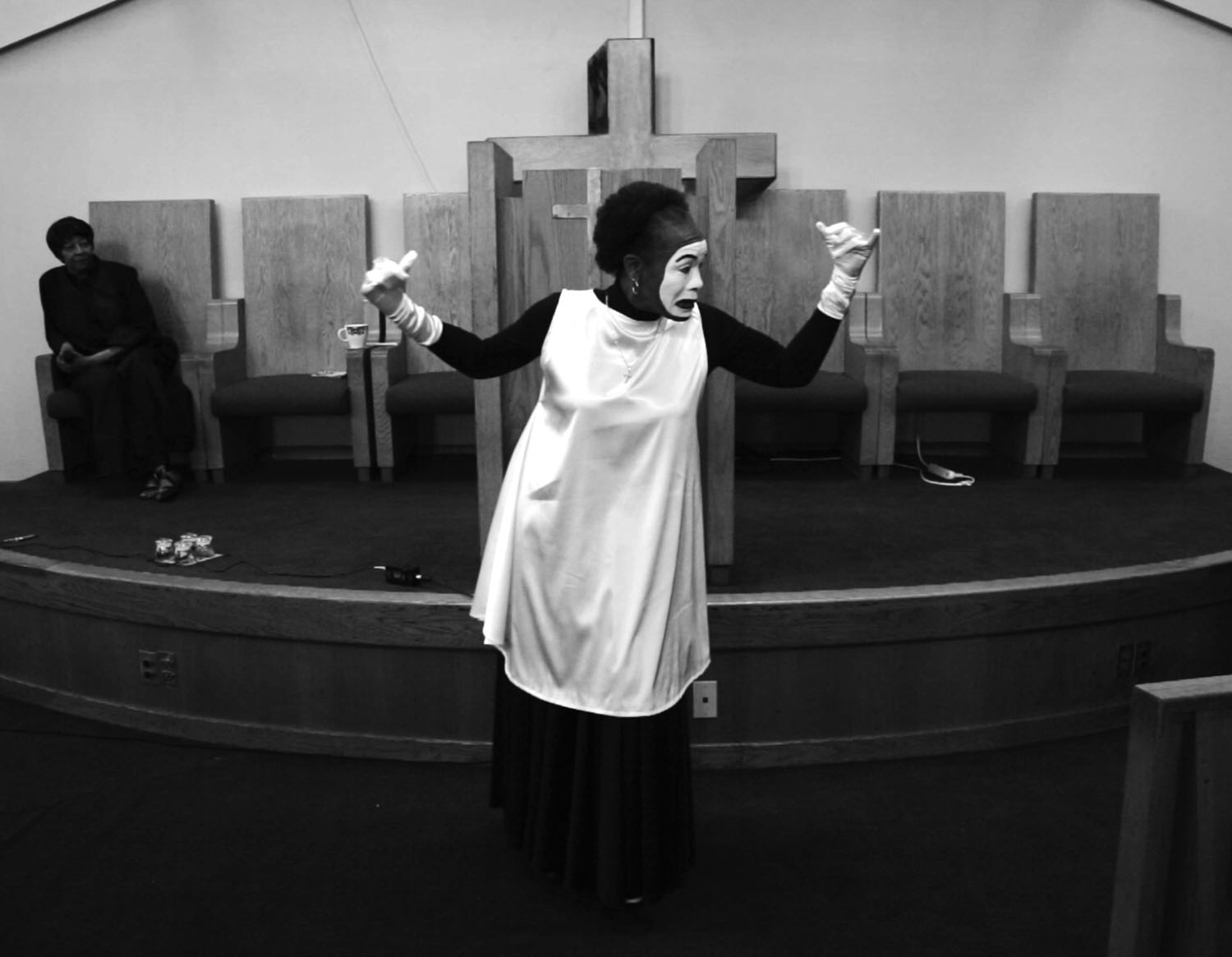 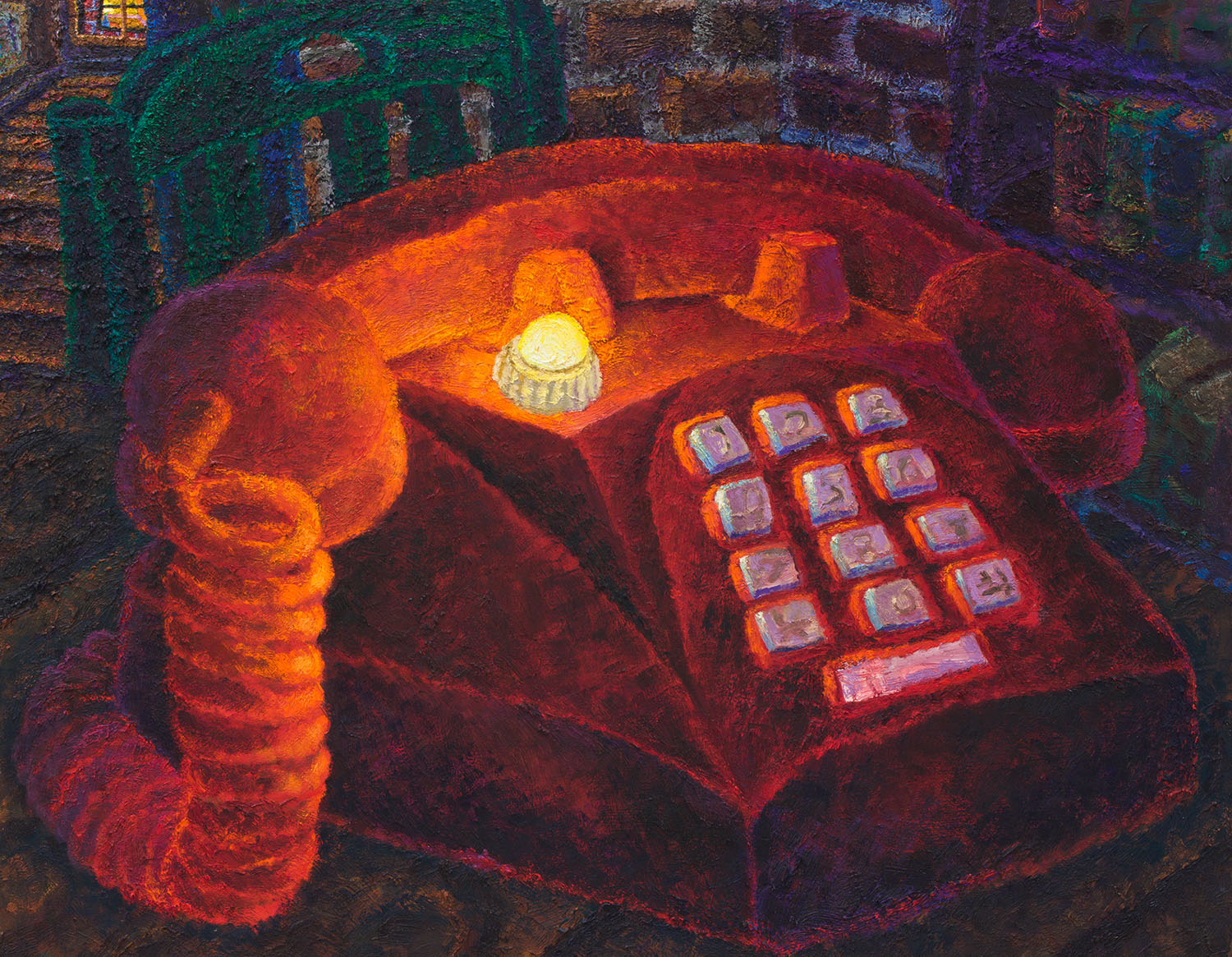 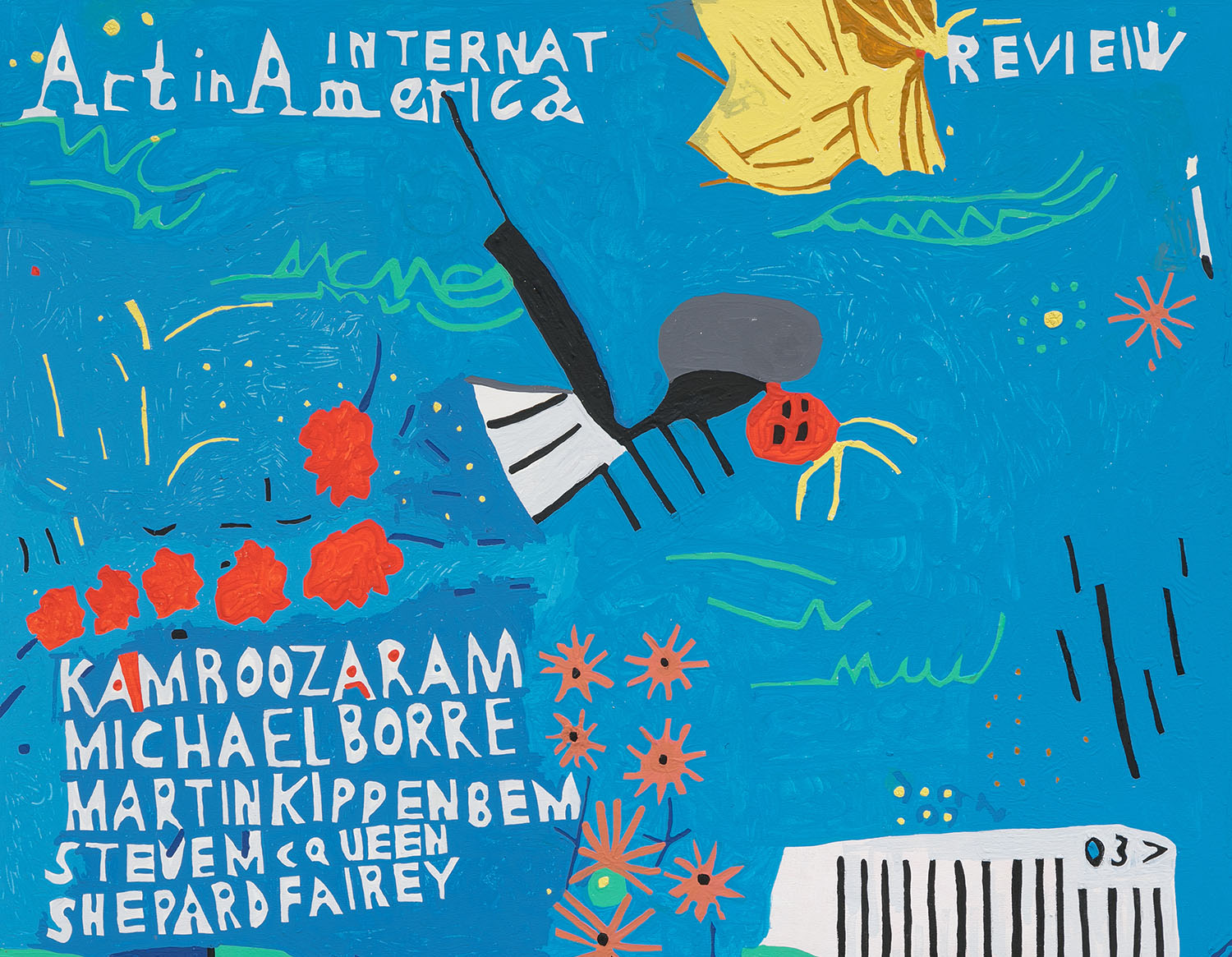 The Whitney Biennial has historically been an occasion for artistic protest and institutional critique, and this year’s iteration proved to be no exception. Opposition to the lack of diversity at the 1991 Biennial led to the so-called “identity politics” Biennial of 1993, much maligned for its curatorial inclusivity by art criticism’s parochial elite. In the 2014 and 2017 Biennials, debates shifted from the project of representing marginalized positions to questions of cultural appropriation, as prompted by criticisms of Dana Schutz’s objectionable painting of Emmett Till. In the months preceding and following its opening, this year’s Biennial galvanized emboldened gestures of artistic boycott and sobering challenges to institutional responsibility in the face of the Whitney Museum’s direct linkages to the manufacture of weapons and the military-industrial complex at large.
This year’s activism centered around Warren Kanders, vice chairman of the Whitney’s board of directors and CEO of Safariland, which produces the lethal (yet legal) tear gas deployed by police and government forces worldwide — against migrants and children on the US-Mexico border, against the dispossessed in Palestine, and against protesters in Ferguson, Baltimore, Standing Rock, Istanbul’s Gezi Park, and, most recently, in Puerto Rico. What makes Kanders’s role in the museum so nefarious is that his monetary contributions to the institution’s programs are a direct product of the irredeemable violence resultant from his company’s sale of chemical weapons, among other disciplinary instruments. Cultural philanthropy masks the greed of capitalism when those in positions of privilege and power can turn a blind eye to brutalities incurred for the sake of fiscal accumulation.
In the months leading up to the Biennial’s opening, the activist group Decolonize This Place repeatedly occupied the museum, staging spirited protests against Kanders’s financial and symbolic influence while calling for a boycott of the exhibition. Upon the revelation of the connection between Kanders’s philanthropy and his company’s activity, the Whitney staff penned a letter to the museum’s leadership, denouncing the “systematic injustice” that Kanders’s business perpetuates. Michael Rakowitz, a participating artist, withdrew from the exhibition, while “Kanders Must Go,” an open letter signed by numerous theorists, critics, and scholars, was published by Verso Books in the run-up to the biennial’s opening.

Two months into the exhibition, Hannah Black, Ciarán Finlayson, and Tobi Haslett published the co-authored text “The Tear Gas Biennial,” a poignant essay that renewed the impetus for the artists to collectively withdraw their works. “Faced with this profiteer of state violence, we also find ourselves in a place to act,” the authors write. “We must learn — again, or for the first time — to say no.” Seven artists —Korakrit Arunanondchai, Meriem Bennani, Nicole Eisenman, Nicholas Galanin, Eddie Arroyo, Christine Sun Kim, Agustina Woodgate, and Forensic Architecture — consequently withdrew their works. This final wave of withdrawals exacerbated mounting pressures, and Warren Kanders quit the museum’s board. His resignation letter’s pathetic stance of victimization and denial of wrongdoing exemplified the repression and disavowal of unsavory truths.
The watershed event of Kanders’s resignation has ushered in what bears the possibility of becoming a new era of activism. Alongside Nan Goldin’s compelling protests of the Sacklers — the philanthropic pharmaceuticals family tied to the opioid crisis — the actions that led to Kanders’s resignation represent an evolving phase of institutional critique. It calls for rigorous institutional accountability from within, to imagine an art world economically and aesthetically liberated from the structural enabling of systemic violence. Commentators who lament that Kanders’s resignation may prevent others from donating fail to grasp the extent to which toxic structures rooted in exorbitant wealth and unjustifiable violence govern countless institutions under globalized neoliberalism. The activism around this Whitney Biennial has exposed the untenable position of such structures in a world overwhelmed by incessant political, racial, economic, and ecological crises, opening a way forward into the unending task of institutional and social transformation.
How did the artworks square with the unfolding protests that shaped the course of the Biennial? The numerous artists who partook in the exhibition, co-curated by Rujeko Hockley and Jane Panetta, shared no unifying aesthetic or political interest. They represented heterogeneous identities across spectrums of race, gender, indigeneity, and ability. The works assembled propose that the “art of the United States,” of which the Biennial is characterized as a contemporary “snapshot,” is comprised of plural narratives that exceed ready categorization. Yet in a country where bombastic insolence straight from the White House attempts to silence political struggles, many artists in the Biennial have chosen not to proverbially “fight fire with fire,” and instead have turned to poetic maneuvers, intimate gestures, and micro-historical musings to navigate the fractured worlds of art and politics.
Forensic Architecture’s video Triple-Chaser (2009) was commissioned in response to the Kanders controversy. The video explores the research collective’s process of training computers to detect Triple Chasers — Safariland’s tear gas canisters — to provide evidence of their use worldwide. Forensic Architecture notably highlighted Kanders’s partial ownership of Sierra Bullets, which manufactured the ammunition fired by the Israeli Defense Force in assaults on Palestinians, as gruesomely shown in the video’s documentary footage. While the tone of Triple Chasers is didactic, its function is operational. Not only did it make visible the sinister implications of Kanders’s funding, but its exposure further led to the awareness of very recent uses of Safariland tear gas against the protesters in Puerto Rico who ousted former governor Ricardo Rosselló on the same day of Kanders’s resignation.

A highlight of the Biennial, Ellie Ga’s video trilogy Gyres 1–3 (2019) invoked the “gyre,” a spiraling ocean current, as a form of recursive storytelling. Two light boxes appear onscreen, one centered and square-shaped, the other a horizontal band below. As she voices intertwined stories of objects’ movement and loss — of offerings, messages in bottles, refugees’ lifejackets, ocean plastic, collections of things washed ashore after tsunamis — Ga moves photographic transparencies of the objects between the light boxes, making them appear and disappear. Gyreslucidly illuminates the drifting memories that endure in the objects that survive us.
Hybrid stories are also at work in Iman Issa’s Heritage Studies, which reimagine archaeological objects as minimalist sculptures. Heritage Studies #33 (2019), a slick copper cone, is a sculptural translation (or mistranslation) of the Black Obelisk from Nimrud, Iraq, held in the British Museum. Issa’s rendition of the original object at once evokes the loss inherent in the destruction of an object’s origin (as seen recently in Nimrud), the primitivisms of modernist abstraction and collecting practices, as well as the enduring sway of archaeology in imaginations of national heritage.
John Edmonds’s photographs also critique primitivist legacies. Tate d’Homme (2018) and Tête de Femme(2018), for instance, respond to Man Ray’s Kiki with African Mask (1926), a photograph that illustrated the racialized hierarchy implicit between the model’s white skin and the dark mask. Laced with queer desire, Edmonds’s portraits instead stage black individuals encountering African objects, a decolonial gesture toward the self-determination of diasporic community.
The work of several artists — Todd Gray, Paul Mpagi Sepuya, Tiona Nekkia McClodden, Troy Michie, Brendan Fernandes, Eric N. Mack — also examined intersections of race and queerness. However, their uses of collage, montage, weaving, and fragmentation suggest that intersections of identities are anything but transparent or monolithic. Troy Michie’s woven collages of found homoerotic photographs and clothing scraps point to the fetishization and erasure of men of color through rituals of fashion and style. Onto the blue blanket of his textile work (Easter) The Spring / The Holy Ground (2019), Eric N. Mack affixed a text written by the late queer art historian Douglas Crimp on Alvin Baltrop, the black photographer who documented gay cruising at the former Chelsea Piers. By referencing Crimp and Baltrop, Mack points to local entanglements of queer and black histories, and the expulsion of such communities through the area’s gentrification — implicit in the shelter, warmth, transience, and homelessness that the blanket itself conveys.

Like Mack, Alexandra Bell’s exceptional No Humans Involved: After Sylvia Wynter (2018–19) depicts racialized histories beyond a politics of visibility. The series is composed of reproduced newspaper coverage of the “Central Park 5”— the five Manhattan teenagers of color wrongfully convicted of rape in 1989. Bell has blacked out the images and highlighted in yellow the hysterical, dehumanizing descriptions of the teenagers, thus refuting the “objective” claims of journalism and photography. Most unnerving, however, is her reproduction of an advertisement from the time written by Donald Trump that demands a return of the death penalty. It is a chilling reminder of why activism and dissent matter as much as ever.
On the outdoor terrace, Nicole Eisenman’s Procession (2019) is a sardonic pageant of massive figurative sculptures in grotesque states of bodily undoing. Eisenman’s cavalcade is an apt allegory for the vulgar excesses of a board of directors or presidential cabinet. Its parade-like form of reckless followers evokes a twenty-first-century version of the frenzied processional descent into Hell in Hieronymus Bosch’s Haywain Triptych. Yet Eisenman has taken matters into her own hands: one must look closely to notice that the artist has castrated the leader of the procession. Her forceful fingerprint indentations replace his ripped-off genitals, divesting patriarchy of its infernal despotism.
The events of protest that have marked this year’s Whitney Biennial demonstrate the powerful capacity for exhibitions to serve as spaces and occasions for voicing dissent and holding institutions accountable. From the subtle and intimate to the passionate and boisterous, artists, critics, cultural workers, and activists have forged new aesthetic and political strategies of critique, igniting hopes for a new era of institutional transformation.