The event-oriented neo-avant-gardes of the 1950s and ’60s were very much driven by an oppositional stance to the conventions of both visual art and theater. They were carried by the utopian belief that it is possible to create something that exists outside of these conventions, outside of the market and the museum, but also outside the framework of theater. The phenomenon we witness today is very different. Visual artists are interested in theater. Choreographers work in museums. Art exhibitions situate artworks in theatrical terms, exhibitions become scripted spaces in which a series of events unfold, and theater events experiment with modes of individualizing their viewers. We are dealing with hybrids between visual and performing arts, hybrids between exhibition and live enactment. When you mix something, it’s good to know your ingredients. That’s one lesson to be learned from the avant-gardes: conventions are quite powerful. For many avant-garde practices the reintegration into the museum meant a return to the very conventions that they had originally negated. If one wants to work with cultural formats it’s helpful to understand their historical (and present) meaning and function.

From the perspective of ritual theory, theaters and exhibitions can be seen as specific forms of gatherings, as rituals. Every society generates its rituals, and the structure of these rituals tells us something about the structure of these societies. For the Greek city-state, for example, the theater was a highly significant place of gathering, just as medieval society gathered in the cathedral. Despite their obvious differences, they share similarities in their structure: there is one that speaks to the many, one sender and many receivers — a structure that corresponds to the hierarchical social structure of pre-modern societies. For an emerging democratic mass society this modality couldn’t work any longer. It’s not possible to gather a nation of ten million all in one place, nor does this top-down structure correspond to the self-understanding of a modern individualized society. New forms of gathering were needed: new rituals, so to speak. This is where the museum comes in. The “national gallery” is a place where the nation can gather, but not all at the same time. The key invention, if you like, was the introduction of opening hours, because they enabled a shift from the modality of the appointment, on which theater is based (where all come together in a fixed timeframe), to more individualized, liberalized forms of usage and gathering. Within the relatively loose temporal frame of opening hours, everyone can come and go as they like, decide for themselves where to go and what to focus their attention on. There is no collective direction of attention, no common action to be taken. In its focus on the individual and on individualized and flexibilized forms of usage, the exhibition is a distinctively modern cultural format that corresponds to an equally modern, liberal, and individualized sensitivity. It’s no longer based on the one that speaks to the many; now the many communicate with each other, transmitted and mediatized through material objects. With the format of the exhibition a cultural format emerged that is open to everyone (at least in theory) without being the same for everyone. Mass accessibility and individualization: these are two core values of modern Western societies that form the DNA of the exhibition format. This is one reason why museums and exhibitions could become so popular and significant in Western modernity.

Every ritual is an immersive experience. The clou about the museum ritual is that it immerses one into a ritual of distance, of separation. Public museums and exhibitions emerge at the brink of a new, modern, i.e. democratic and liberal, order that is centered on the individual. We can actually retrace the entire history of individualization by following the increase of wall space between paintings in nineteenth- and twentieth-century galleries. Historically, the exhibition is the first ritual to be directed at the individual citizen whose experience is conceived as individualized and individualizing (in contrast to theater and cinema as collective forms). Historically, this was driven by an emancipatory impetus; it was about cultivating disengagement from the social ties and structures of feudal and aristocratic societies. A singled-out individual encounters a material object that is equally singled-out. It is taken out of its preexisting networks. The exhibited artwork is an ex-hibited artwork. It is extracted from its original context in order to be shown and experienced as an artwork. This previous context might have been the altar of a church, from which the painting has been removed, or the decorative system of a royal court, of which the artwork formed a part before it was relegated to a museum collection. The display of the artwork is preceded by an act of separation.

This cultivation of disengagement, of separation (of nature from culture, the individual from other individuals, visuality from other senses, and so on), is closely linked to a modern, secular notion of time that determines the museum. Time in museums is predicated upon the evolutionary concept of historical epochs. The museum advanced to become something like a new ritual for modern societies precisely because it overcame theater’s model of a collective audience in which everyone is subject to the same time frame. Again, it is this flexibility that makes the exhibition a ritual that is aligned with a modern, individualized sensitivity. But what allows for this flexibility is the fact that the artwork doesn’t have an explicit time of its own. It doesn’t demand a specific time; it doesn’t need to be synchronized with the time of the viewer. In contrast to theater and cinema, there is no requirement for a specific organization of time to which the individual must succumb. In short, the atemporal artwork, the artwork that does not unfold in time, is structurally linked to the exhibition as a flexible, individualized modern ritual.

There is a certain discomfort that we face today that might stimulate artists to look for certain ways out of this format and for a certain proximity to theater. This discomfort with the exhibition format has to do with the fact that it’s often conceived of as being static, too unsocial, too focused on the object. Our lives have changed; we are bound to social networks and processes; the productivity of a society today is much more measured in terms of social processes than in the production of objects.

The concept of the exhibition is based on conditions that in past decades have changed more fundamentally than the exhibition format itself. So to a certain extent one might say that it has fallen out of its time. The exhibition ritual arose as a specifically modern, liberal ritual for Western democratic and liberalized societies. It is deeply connected to the cultivation of certain values and concepts that lie at the core of modern societies: individualization, productivism, an evolutive notion of time/progress, the disengagement of objects and individuals from their networks, and so on. From today’s perspective, however, being confronted with the economic, social, and ecological consequences of this imperative of separation, the limitations of this attitude become evident. The increasingly urgent question therefore is less concerned with how to become liberated from preexisting ties than with the question of how to bring all that has been separated back together: how to create ties or moments of connectivity without giving up flexibility and individualization. Yet when it comes to thinking about modalities of connection, the exhibition clearly reaches a structural limit; a format that historically was geared to flexibilize ties can only to a certain extent produce ties. It seems what was historically the strength of this format — its focus on flexibility and liberalization — under today’s conditions runs the risk of turning into a weakness.

How then does one create a ritual that is able to generate ties or connective elements — and that stays attuned to a contemporary individualized and flexibilized sensitivity? This seems to be a core question that is dealt with both in the visual and in the performing arts today. In the visual arts there have been ongoing transformations of the exhibition format since the 1990s. A phenomenon that seems particularly interesting to me in this context is the emergence of the time-based exhibition: an exhibition that de facto changes in time. Objects are not only inserted in space but also in time, making time the explicit structuring element of the exhibition — thereby creating its own time into which the viewer is drawn. It’s a way of fusing artworks and visitors into a shared time span and creating a different attention span or modality of attention. Artists like Philippe Parreno, Anri Sala, Pierre Huyghe and Tino Sehgal have worked in this vein. Forms of connectivity need time; they emerge in time, which is why time has become such an important factor. I have called these new formats individualized spaces for events. They are essentially hybrids between exhibitions and event spaces. In their temporal mode and as a dramaturgical composition in time they are on the one hand close to a live theatrical event. Things happen there over time, so there is a structural proximity to a theater performance that takes place over time. Yet in their mode of address these spaces stay attuned to the liberal and individualized principle of the exhibition. They keep the liberal framework of opening hours; visitors are grouped, but they are grouped in temporary clusters rather than in a fixed collective. And the collectivity that is generated is relatively loose and liberal.

On the other hand, in the field of theater or dance, this corresponds to a growing interest in the exhibition or museum format, for which there are different reasons. For one, the whole field of museums and visual art institutions still has a different kind of relevance or legitimization on a discursive level, which is interesting for artists from dance or theater. Yet what is interesting for them is exactly what the visual arts field has to offer: a more liberalized and flexibilized way of addressing or of encountering. To connect a liberal frame with moments of bonding means to interweave different traditions, modalities, and forms of addressal. This is what I see taking place or being experimented with in various artistic practices at the moment.

DOROTHEA VON HANTELMANN is Professor of Art and Society at Bard College Berlin. She is the author of How to Do Things with Art (JRP | Ringier, 2010). Her current book project is titled The Exhibition: Transformations of a Ritual, which explores exhibitions as ritual spaces in which fundamental values and categories of modern, liberal, and market-based societies historically have been, and continue to be, practiced and reflected. 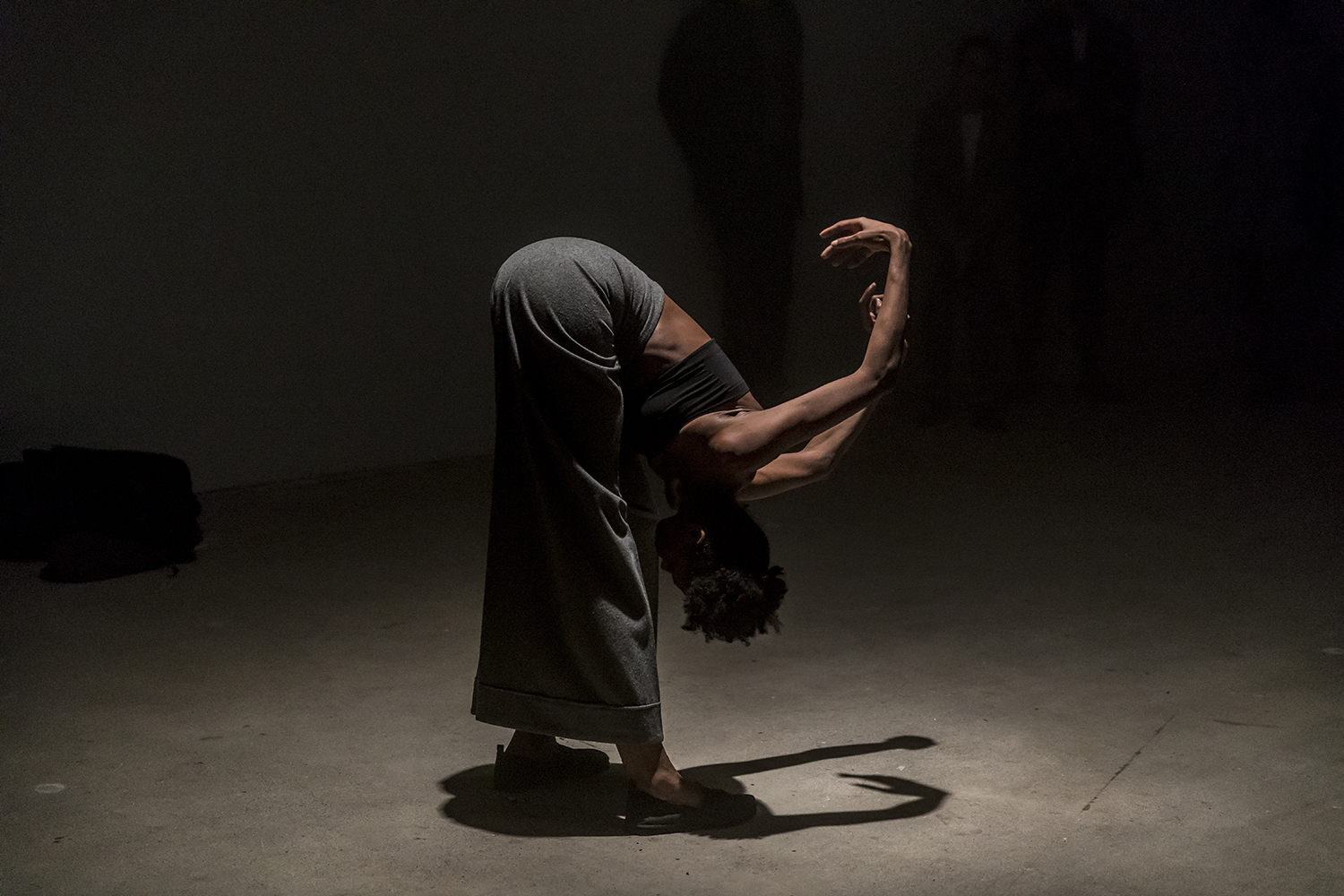 The work of Berlin-based artist Jimmy Robert (b. Guadeloupe (FR) 1975) is situated in the interstices between the art object,… 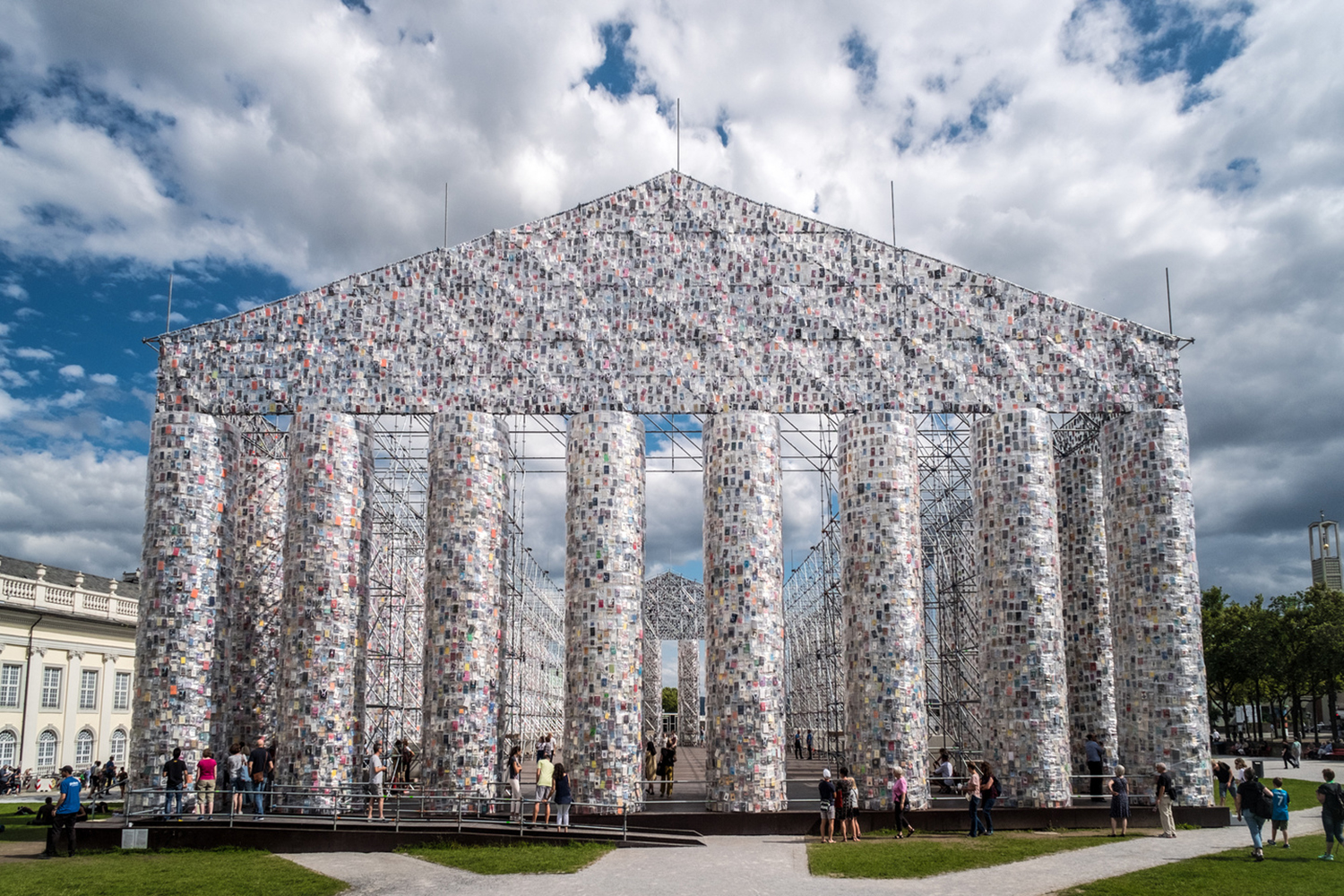 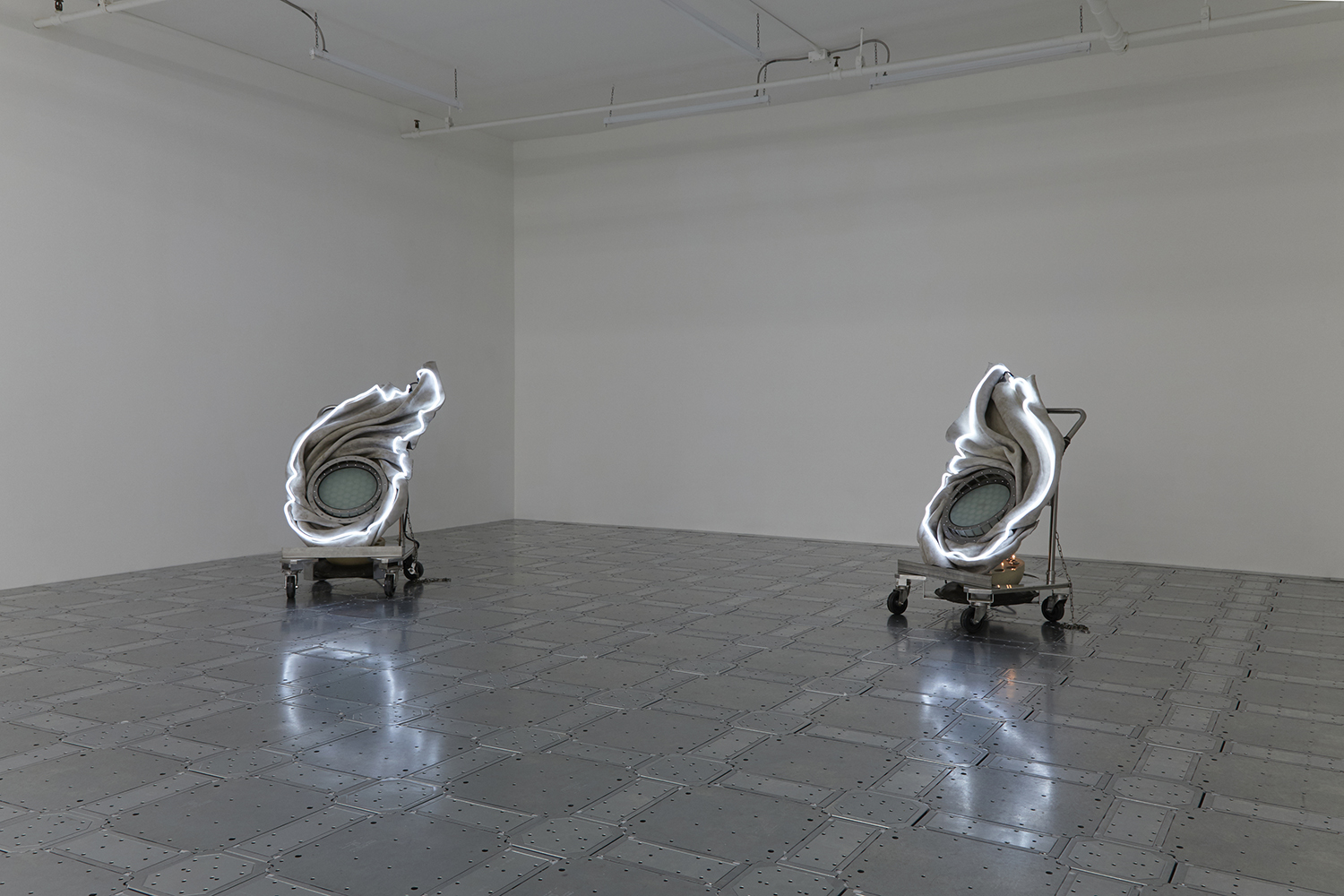 In Elaine Cameron-Weir’s “strings that show the wind,” three sets of paired sculptures stand, as if halted mid-procession, atop an…