Last year, an overdue first survey exhibition of the work of Los Angeles-based artist Tim Hawkinson — co-organized by the Whitney Museum in New York and the Los Angeles County Museum of Art, and curated by Lawrence Rinder, adjunct curator at the Whitney — offered broad audiences at the two museums a survey of works previously known mostly among a much smaller audience of art-world enthusiasts.

Hawkinson was born in San Francisco in 1960, and though not a promising student in mathematics or science (his engineering is worked out intuitively, and by trial and error), he nurtured a fondness for art, music and making musical instruments while growing up outside San Jose, California, eventually studying art at San Jose State University. He later attended the graduate program in art at UCLA. One sees in his work the influence of artists ranging from Charles Ray and Chris Burden, both notable UCLA professors at the time, to Bruce Nauman, Jean Tinguely, as well as other artists of the Nouveau Réalisme and Arte Povera movements, and the postminimalist generation.

Hawkinson, who generally avoids lecturing or giving interviews, when occasionally commenting on the work, sidesteps interpretation, and instead sticks to discussions of objects, gizmos and materials. His contribution to the catalog for the retrospective is a thirty-page list of his past works, illustrated with photographs, and annotated with matter-of-fact physical descriptions, explanations of how he achieved certain visual effects, and breakdowns of his unconventional approaches to materials and the inner workings of kinetic works. On the rare occasions when he comments on the genesis of a works, Hawkinson usually cites a preoccupation with the properties of an object, an interest in creating and then utilizing a particular type of machine, or a desire to find a way to emulate phenomena or model a principle. But along the way, he produces works that are rich in implications pertaining to mortality, vulnerability, spirituality, perception and the desire for knowledge or understanding. Implication is a key word here because Hawkinson’s works, which tend to disarm with their oddity and humor, don’t hit their viewers with assertive messages, and it’s quite likely that multiple viewers might come away with very different takes on them, but often the concerns imbedded in those takes will suggest a common denominator of deeply human interest.

Hawkinson’s works often deal in visual and material puns or plays upon expectation, perceptual manipulations, reconfigurations and recontextualizations of the familiar, and probings of the human body — often the artist’s own. Examples of these assorted plays and preoccupations include a concrete cast made from the cavity of a violin; a fir tree cut and reconfigured so that all the branches point in the same direction; and clocks made from all sorts of ordinary objects. Often these are strangely amusing and curious, and propose poignant metaphorical or associative extensions. Hawkinson’s series of “Blindspot” works, variously documenting the parts of the artist’s body he cannot see directly with his own eyes, raises a blur of questions about self-awareness and the difference between what one sees of oneself and what might be seen by another human or a divine other. The 1994 work Penitent, a kneeling human skeleton constructed of rawhide dog chews, is a profound if silly encapsulation of human vulnerability and fallibility. Organ (1997), an electric organ stripped to nothing but its wiring, is evocative of a human body stripped or dissected to nothing but its nerves. Emoter (2002), a moving photo-collage of the artist’s face that perpetually and arbitrarily changes expression as the result of tiny motors triggered by signals from a television set, is an absurdist take on external influence and interpersonal understanding. Its triggered expressions trigger ours as we look.

But a handful of Hawkinson’s works seems to push their dramas of association and implication into a kind of epic and monumental dimension via scale, scope and especially time. Perhaps the best example of this push is found in a 1995 work titled Spin Sink (1 Rev./100 Years). Imagine Jean Tinguely on a minimalist streak.  Horizontally configured, and just over seven meters long, Spin Sink begins with a tiny electrical motor. Attached to it is a gear with a diameter of about a centimeter, spinning at a rate of 1400 revolutions per minute. It turns another gear, slightly larger and slower, which turns another gear, and so on. Just a few gears into this sequence or gear reduction, the movement slows to a rate at which it takes careful observation and patience to notice any change in the position of the disks. As they grow larger and slower, the disks, which increasingly endure less wear but have less energy available to turn them, are made of lighter and less durable materials. The early disks in the sequence are metal, followed by disks made of plastic and wood. The last gears are made of foam insulation board. Twenty-four gears later, the last gear, about two and a half meters in diameter, turns at a rate of approximately one revolution per hundred years. This ultra-slow turning rate is a fact not easily or likely known by observation. (In fact, the arrow mark placed on the disk, a sort of clock-hand by which one in theory could mark the passage of time, is a tease; to see the point of the arrow move one millimeter, one would have to watch it, if my calculations are correct, for about 114 hours.) Rather, we know the rate of the gear’s turning by an inscription left by the artist on the gear itself.

Spin Sink suggests a medieval mindset geared toward seeing each small part as playing a role in, and as analogous of, a larger ungraspable reality. It also bears the mark of a renaissance and enlightenment faith in man’s ability to comprehend the incomprehensible via the power of reason and the application of models. It evokes the romantic fascination with the opposition of the minute individual with the overwhelmingness of the sublime, and it suggests the modern transference of metaphysical awe onto the machine. And it clearly reflects a postmodern sense of permission to mix up, play with, take seriously and poke fun at any of the aforementioned sensibilities. The work becomes an absurdist meditation on the simultaneous possibilities of the dynamism of a small, individual component becoming completely absorbed by, and also becoming a driving force within, a system, as well as the difficulty of comprehending causality.

Spin Sink is in fact a reconfigured version of a 1992 work by Hawkinson titled Slug. This is a larger-than-life sculpted slug, standing on end at about one and a third meters. Its body is fitted with a small motor and a line of gears that gradually reduce the speed of rotation of the last gear in the line to one revolution per 10,000 years. This earlier work is worth noting, because it is proof that while Hawkinson at times capitalizes on large scale to envelop viewers in a sense of something bigger than oneself, the effect of his more epic work lies beyond a simple bigger-is-better strategy. The scale of Spin Sink is an enhancing factor, but its effectiveness is dependent upon its link to the work’s capacity to lose viewers in time. Such bewilderment does not result simply from a marking of time; Hawkinson’s assorted forays into clock-making, while novel, rarely achieve this effect. Rather, the epic dimension of these works comes from a realization that they cover a span so vast that one cannot comprehend it, forcing one into a profound sense of presentness as a byproduct of feeling utterly lost in time.

The same is true of another monumental work, Hawkinson’s most ambitious to date (and perhaps one the artist never will top in scale) titled Überorgan from 2000. Originally created for a football-field-sized gallery at MASS MoCA in North Adams, Massachusetts, where it was first exhibited before being radically reconfigured for an exhibition at Ace Gallery in New York, the piece, which gives a comical twist to the phrase ‘dimensions variable,’ became an off-site centerpiece at the Whitney leg of the Hawkinson survey. Too massive to fit within the Whitney installation, it was exhibited in New York’s Sculpture Garden. The gargantuan work wasn’t shown when the survey came to LACMA.

A cross between a player piano and a bagpipe, mutated and overgrown, Überorgan consists of twelve biomorphically shaped balloons, all vaguely suggestive of bodily organs, and each roughly the size of a bus, fashioned from woven polyethylene and ratcheted into place and corseted into shape with nylon rope and netting.  Connected to each is a long horn made of cardboard tubing. Reed assemblies like those used in a bagpipe, and a blower system feeding the balloons, generate sounds according to a scroll, about sixty meters long, of music coded in dots and dashes read by light sensitive switches. The score, a mix of hymns, pop classics, and improvisations, goes through endless variation as a result of switches and relays that shift the octaves and interpretations as the music plays.

Equally enveloping is Hawkinson’s 1999 Pentecost, an enormous tree made of cardboard tubing and inhabited by twelve roughly life-size humanoid figures based upon the artist’s body. Triggered by solenoids and controlled by a computer program, the figures use different parts of their bodies to tap out rhythms, suggestive of both music and code, on the tree’s resonant hollow chambers. A scaled-up and expanded version of a similar work titled Log (with Homunculi), Pentecost, with its sprawling limbs carving a large room into spaces you have to duck and weave through, surrounds you with a sense of an unending and urgent attempt to commune and communicate among humans and between humans and the divine.

For the record, Hawkinson’s epic works don’t all involve motors or moving parts. An example of such, ephemeral in presence and infinite in suggestion, comes in the form of his 1997 Wall Chart of World History from Earliest Times to the Present, a ten-meter-long drawing in red ink and pencil. The work presumes to chart the course of human history, its surface filled with spiraling, maze-like scribbles suggestive of entrails that engorge and slim down, energy flows that surge and fade, and blood trails that ebb and flood. Though the title suggests an endpoint in the present, the work suggests that the diagram and the title will still speak for both present and past eons from now. The most truly, traditionally monumental of Hawkinson’s works yet is his latest project, Bear, 2004-05, installed on the campus of the University of California, San Diego. Something of a cross between a teddy bear and a colossus, the work, weighing tons, is a crude and cartoonish bear-like figure, about six meters high, constructed of boulders held together by a specially engineered network of connectors. A jarring if cute presence, the work pulls a sweet and humbling reversal on its viewers, converting the little childhood friend we outgrow into a figure that will dwarf our bodies, our beings and our lives.

Tim Hawkinson was born in San Francisco in 1960. He lives and works in Los Angeles.

Damián Ortega makes sculpture with different techniques and materials, and with a special interest in creating ‘new engineering’ for preexistent… 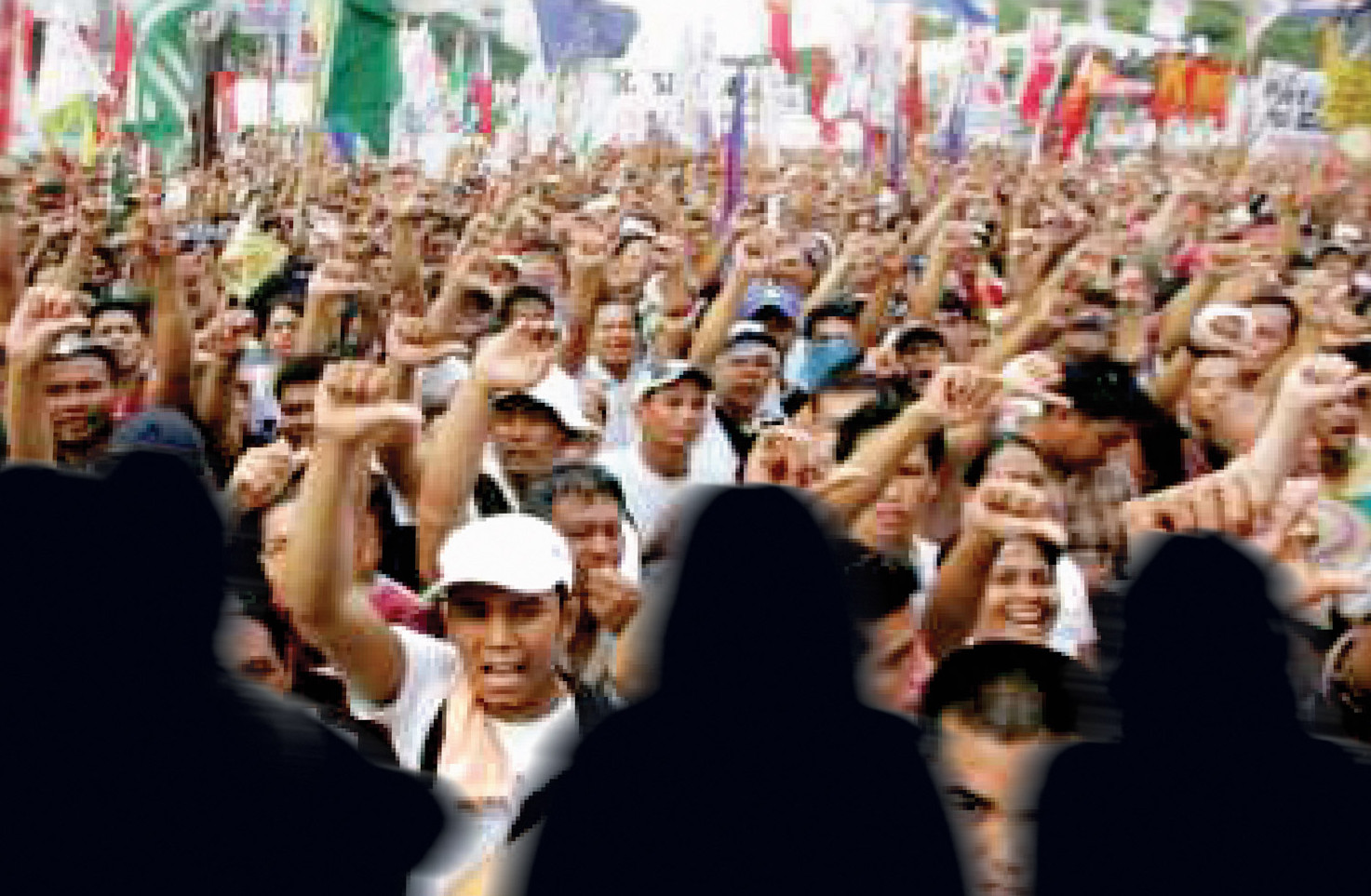 To watch Journal you should sit down on a sofa, make yourself comfortable and enjoy the show. Journal invites you…